Urth cafe is an innovation that can be simply known as pioneering in the organic culture. They are coffee shops with physical locations but stand different from other coffee shops specifically because of the sustainability practices they follow and how many aspects of their business are sustainable and a part of cycle process they follow, for business and societal benefit.

The innovation emerged from many things about the Cafe that are great to be noticed. A lot of hype had been created about the innovations that were made in the café. The cafe has had designed innovations in every aspect. It has a really creative menu and all items in the menu have a healthy twist to the recipes that have been prepared. The most liked and a famous item is their organic coffee and through this they offer much more than just a normal cup of coffee. It has the first exclusive organic coffee roaster in nation and uses all natural ingredients from all over the world using all types of tealeaves in the oolong gardens across the world. 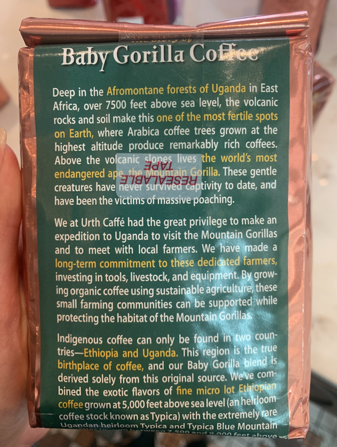 The café was very excitingly brought up and made by around 25 years ago by the founders Jilla and Shallom Berkman who got this idea of a café after meeting a coffee farmer named Jorge who was from Peru.

Jorge had good knowledge in organic and heirloom coffee and was known for selling coffee, which was healthy.

These people after meeting Jorge spent a lot of time in learning how to roast and also brew their coffee, the blends, and finally make the café, the first exclusive organic, heirloom coffee company in the nation. The founders have a love for coffee in every incarnation, let it be with or without milk and this is their mode of creating the most value.

The innovation relates to a mission to cater to the consumers who love to have a customized taste of their coffee and would love to derive a benefit of being healthy after consuming caffeine, per say.

Thus, it has the aim of delivering coffee and organic healthy food to a wide range of customers and catering to the needs that were not addressed earlier. The need that is of consuming coffee along with the fact that it is going to be proved as healthy for the people. Thus, it is solving the purpose of people not going for black coffee or green tea, as such but for tastier coffee which will be healthy too.

A quote from the interview taken was “specialty machines for coffee and tea 4 places in the UAE who are currently using this machine only. La Cimbali is the brand name ”.

Initially the café did not lead to good business and the time when the café was opened, it was hardly possible for the Berkhams to make their two ends meet and gain money or profit. However, in the present time the business is seeing a profit of around $38 billion. In the early times, Shallom Berkman said.

"We spent many years with no profit, struggling to survive, maxing out our credit cards, yet nothing stopped us. But the business has grown exponentially and thus, the innovation had a slow but a positive impact.

To talk about the society , as a whole, it greatly benefitted from this business. The customers attracted were the ones who were health conscious and also consumed coffee and so the impact on the society was largely positive which is not a common thing for any food outlet or a café to make such a impact.

Thus, with its profit making business sit greatly contributed towards the social cause too.

The environment also benefitted as mentioned above also. The coffee beans that are being used are organic and the heirloom ones and thus, the farming being done is healthier for the environment also. Organic farming will be have lesser consequences and will have a good effect on the insects and other organisms also. Thus, it benefitted the environment also, in certain ways. They also use 100% Biodegradable cups used from natural and renewable substances from corn.

The short term effects would be in terms of revenue and the customer flocking in the café which was very less in the initial days. As told by the owners also, they were suffering a lot in terms of money but later on, the business grew and it grew exponentially. Thus, the long term effects were extremely good.

There are many proofs as to the fact that these impacts have occurred. There have been several interviews with the Berkhams and there have been many visitors who have written about the café on online platforms. Also, the revenue of the company in the early period and now has been gone through.

One of the quotes from the interview that describes this, “Everyday we come across people praising us for our work and clicking pictures with us to make us known over the globe”.

The café is not only catering to the most needed desires of the customers but is helping the business to grow a lot. It is a perfect amalgamation of social and profitable work done together and thus, the business is benefitting from this idea, to a large extent.

Apart from the benefits derived from these areas, the social and environmental benefits are huge. There are many health benefits associated with it. It is very much known that organic coffee is healthier because it is not treated with pesticides or any kind of chemical fertilizers. Thus, the coffee beans that are generated are not only good for consumption but the vegetation that is done is contributing towards environmental health also. There are added benefits which are the growing of these beans on the soil where this coffee is grown, and this has the content nutrients which adds to the value of the coffee beans and increases the nutritional capacity of the coffee beans making it healthier to consume.

The bean becomes rich in antioxidants which are nutrients essential for the healthy immune systems of human beings, but it also has a very tinch coffee flavor. The caffeine that is present in this kind of coffee is more potent than the caffeine that is present in the non-organic brands. Most importantly, the caffeine in this coffee may also help people lose weight and this can be an essential reason for attracting people towards this café.

Thus, the coffee is high in antioxidants, vitamins and minerals, and boosts the immune system and guards the body against disease. The soil where it is grown It is free of pesticides and artificial fertilizers, and so the coffee reduces the risk of harmful chemical ingestion. There are very less amounts of caffeine that can provide a natural energy boost.

Hence, we can say that Urth café is doing a great business, and for all the entrepreneurs who aspire to open a café, Urth café acts as a high motivation. 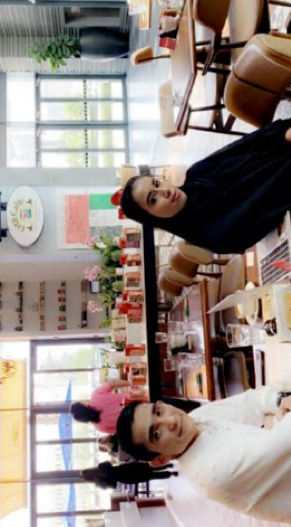 Urth Caffe is considered as the first coffee roasting company in the United States and has opened internationally in the Gulf Coast Countries (Riyadh,KSA and Dubai,UAE) and Tokyo. Urth Caffe is an organic coffee company that carry their own brand of fresh organic coffee and fine teas which are hand picked under strict ethical standards.