Today, construction projects in the heart of the fauna and flora are multiplying more and more quickly. Each of these projects has serious and sometimes even irreversible consequences on biodiversity. This is why TerrOïko has set up a computer software able to model the biodiversity of a space.

In 2017, after more than ten years of research, the company TerrOïko created an ecological modeling software called SimOïko. This computer software allows to virtually generate a precise ecosystem of a natural area by taking into account demographic dynamics and the movement of species.

However, some key data are essential for the proper functioning of SimOïko, including a map of land use and the species of fauna and flora present in the mapped area. Indeed, it is thanks to many criteria such as geographical area, animal species, period and others that SimOïko will be able to model the desired ecosystem as accurately as possible.

Consequently, it provides reliable and objective information on species dynamics, dispersal and genetics. In this way, the modeling platform is in a position to virtually bring fauna and flora to life through computer science.

All this information is essential for calculating the environmental impact that the launch of a project may have. It is also useful during missions aimed at conserving the biodiversity of a geographical area, for example. This ecological as well as technological innovation makes it possible to produce environmental reports for conservation programmes, impact studies, ecological research programmes or territorial planning.

Finally, the TerrOïko company has thus contributed to the Sustainable Development Goal (15) thanks to a software able to model biodiversity and consequently to protect it. 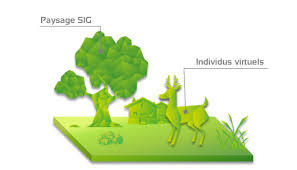 An IT innovation such as a biological modeling platform could not be built without the fruit of great inspiration. Indeed, SimOïko was only inaugurated in 2017, nearly 5 years after the registration of the company TerrOïko and after 10 years of research on the CNRS.

But how was such an IT software combining a computing prowess and an ecological approach thought up? The story begins like this, following a PhD in agroecology and a PhD in ecology, respectively, Catherine de Roincé and Sylvain Moulherat founded the company TerrOïko.

With its innovation SimOïko, the company TerrOïko insists on two major sources of inspiration that led to the conception of this project. These are, of course, nature and science.

First of all, the protection of biodiversity is a central element of this innovation because if the software is used by humans, it is indeed the living species that are at the heart of the innovation. Indeed, SimOïko allows an optimal protection of biodiversity by highlighting precise reports on the desired fauna and flora ecosystems. In addition, the ecological modelling platform is based on the French ERC "avoid - reduce - compensate" logic implemented at the end of the 1980s in France.

Finally, SimOïko is also the result of highly developed scientific and computer science work within the CNRS. This is the national centre for scientific research, a scientific institute recognised worldwide for its technological and scientific innovations. TerrOïko has therefore made CNRS biostatistics research operational.

SimOïko's innovation has thus had a very positive impact on the environment, the company but also on the population. However, its overall impact shows a real societal and environmental progress in the short and long term. Indeed, this ecological modeling platform allows species to live virtually within digitized landscapes. Consequently, when a natural space is retransmitted in the simulator, the latter accurately describes the organic behaviours and life cycles of the fauna and flora present in this space. The innovation then provides detailed knowledge about the life of the species.

In the same way, the innovation of the TerrOïko company allows to have a global impact of awareness raising among all the agents of the society as well as the State, the companies and the citizens. Indeed, the computer software is used by actors intending to design projects on land occupied by a large amount of biodiversity. There is therefore an awareness effect on the life of species living alongside humans.

Finally, SimOïko illustrates an innovation for the benefit of biodiversity protection, an objective that is in line with the Sustainable Development Goal 15.

TerrOïko as an entity was created as an enterprise, aiming to materialize, years and years of scientific researches, in useful solutions for business and community who want to limit their impact on the environment. TerrOïko have a double mission. On one side, the business has a scientific work where she is looking for problems and how to manage them. And on the other side, the company treats those researches to create operational tools for societal actors.

The scientific models like Simoïko can be very interesting for companies and community of communes who want to make greater environmental impact. For these reasons, TerrOïko give the opportunity to buy their tools ready to use. She also can intervene as engineering office for collectivises. Sell and advise generate profit and can finance news researches. But researches are not only paid by the service that offer Teroïko.

Actually scientific content is profitable to the company but also to the all humanity. For that, TerrOïko receive funds from government like the 50 000 euros received for the creation of SimOïko. The success of the business permit to finance huge project with important actor. The CIRFE collaborative program bears witness to this. In fact the programme has been funded by the French ministry of ecology !

The SimOïko innovation is, as presented in the two previous parts, a computer software having a positive impact on our planet. In this way, the TerrOïko company contributes to the Sustainable Development Goals by raising awareness of society against the destruction of natural habitats of fauna and flora.

Indeed, when a construction project is envisaged by the State or by a company, its impact will necessarily have repercussions on biodiversity. For this reason, the innovative ecological modelling platform enables the risks involved in the construction of the project to be calculated precisely. In this way, SimOïko acts directly on the environment since it will model the damage with great precision. There is thus a strong biodiversity protection dimension to this scientific innovation, as it makes it possible to avoid or reduce the destruction of ecosystems.

However, the impact of TerrOïko's software also acts on the population and society, as it provides knowledge and explanations on the habitats of the fauna and flora that surround us. The second objective of this awareness raising is therefore to allow citizens to express their anger in case of unreasonable projects on biodiversity.

By creating SimOïko, the TerrOïko company has made an innovative contribution to the protection of biodiversity by raising awareness and providing essential knowledge about the life of species 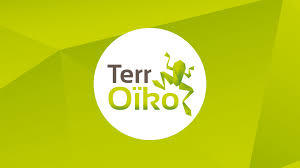 TerrOïko is a company that has developed computer software capable of bringing species to life within digitized landscapes. It thus enables companies and local authorities to limit their impact on the environment thanks to virtual simulations.