Original Canvas produces clothing made from 100% hemp. With simple, unisex designs, the clothing is made for everyone and provides a sustainable alternative to fast fashion garments. Hemp excels at carbon sequestration, requires less agricultural inputs than conventional crops naturally, and creates a breathable material that is kind to our skin. In addition to all this, Original Canvas's unisex designs are made to be simple and timeless, which promotes gender equality and sustainable consumption.

For this story, I had the opportunity to interview Brad Lake, the co-founder of Original Canvas, and Chief Regenerative Officer for Plant-Based NZ (OC's umbrella company). Brad provides general management and direction for Original Canvas while working to ensure the brand operates as sustainably and regeneratively as it can in all operations. Brad co-founded Original Canvas along with CEO Brendon McIntosh and the support of Eden Sloss, the creative director. In February 2019, they launched their first collection of hemp clothing. Hemp as a crop and material has a wide array of benefits for both the environment and people addressing sustainable development goals 3, 13, 14, and 15. In fact, hemp has the power to address every one of the sustainable development goals, many of which are demonstrated by this story.

While based in Christchurch, NZ, Original Canvas sources its garments from China, one of the few remaining places in the world that have ample production of hemp. In fact, they use the same suppliers as Patagonia! Certification of working conditions and a living wage standard ensures the fair treatment of workers, although Brad and the team took a trip to China to see it for themselves. He described the working environment as having a "jovial" atmosphere, with open windows and music playing, giving them confidence that their clothing is produced ethically.

The job opportunities created by this innovation and its responsible manufacturing processes contribute toward goals 1, 8, 10, and 12. Moreover, the garments are gender-neutral, which supports goal 5. Their design is intentionally simple in order to be timeless and last more than just a couple of seasonal trends, unlike clothing in the fast fashion industry. This supports responsible consumption in goal 12. 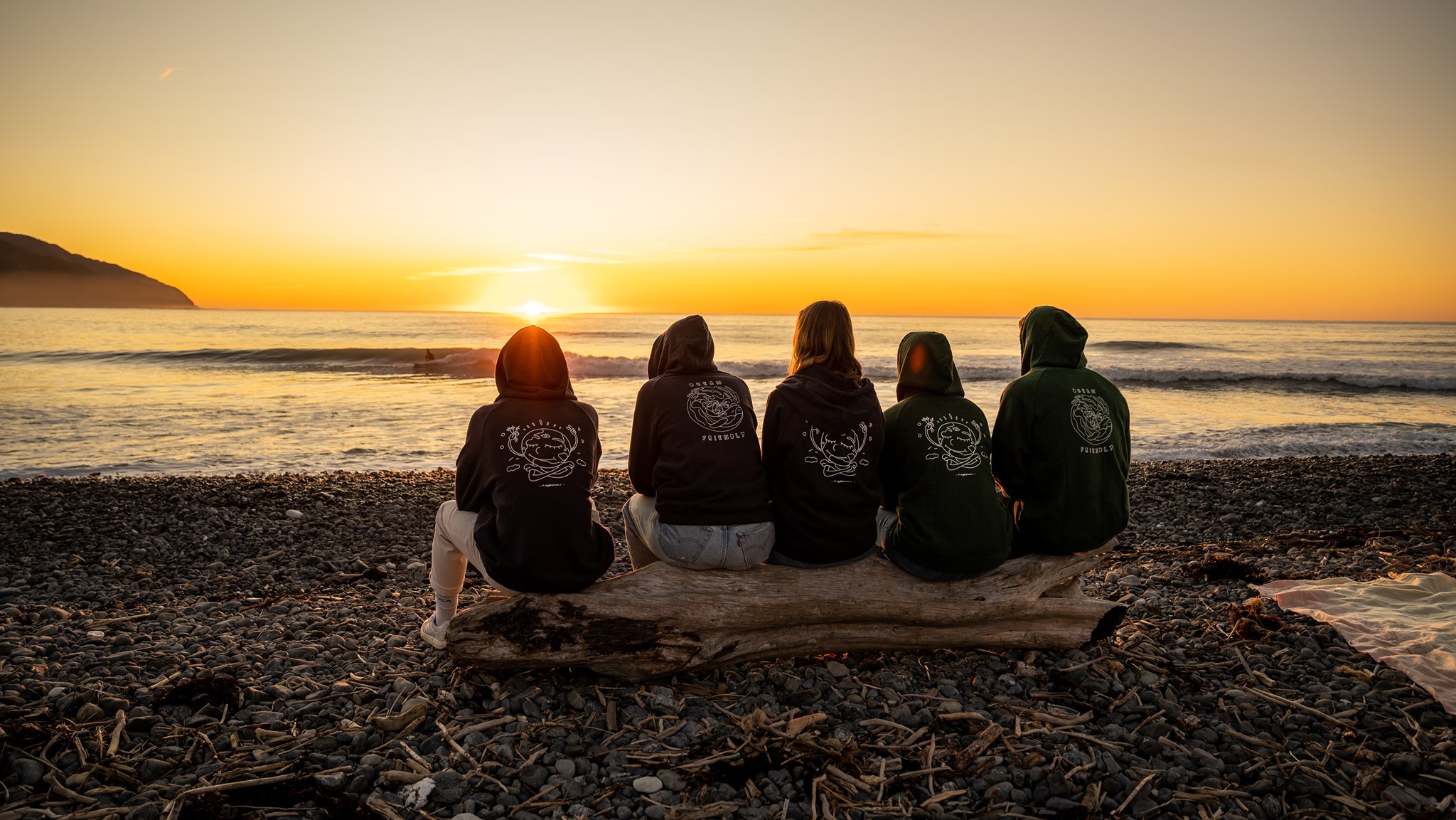 Fast fashion is a term used to describe the high turnover of clothing in the fashion industry, globally. However, fast fashion is extremely unsustainable in both environmental and social contexts as it is a significant driver of environmental degradation and creates impoverished lifestyles for its workers. The inputs used in manufacturing clothing such as pesticides, fertilisers and dyes, pollute waterways, degrade soils and harm human health. A high turnover rate, known as fashion seasons, is creating enormous amounts of waste and many clothes are made from polyester, which does not biodegrade. Moreover, outsourcing production to developing countries results in low wages and unethical treatment of workers such as violence and poor working conditions. On a global scale, fast fashion is the second-largest polluting industry and contributes to 10% of GHG emissions (What's wrong with the fashion industry?, 2020).

The multitude of problems associated with fast fashion highlights a clear need for innovative solutions, and this is where Original Canvas has emerged. Initially running a hemp supplement company (The Brothers Green) and hemp skincare company (Koaka), the founders of Original Canvas in seeing the value of hemp realised they also needed to be integrating it into what they wear. Brad also described witnessing a drought plaguing New Zealand's agricultural sector during this time, noting a lack of options for farmers to diversify away from dairy.

"Hemp just kept coming up as having a lot of potential for being able to mitigate drought, mitigate commodity prices and cycles, and also help farmers meet some of the growing plant-based protein demands."

Original Canvas surfaced driven by the need to make natural fibre clothing easy and accessible for people to buy, allowing an alternative away from fast fashion. The business's mission is to increase awareness and educate consumers about the benefits of hemp not only for the environment but for people as it can be used in numerous consumer goods and serves as a far more environmentally friendly alternative than other industrialised crops.

First and foremost, this innovation creates jobs, both for the original canvas team in New Zealand, as well as the suppliers and manufactures in China. There is also scope to benefit NZ's agricultural sector by offering hemp as an alternative crop to produce. The business is still a very recent establishment, with their second collection launched in August of this year (2020). However, given the innovation's scalability, there is great potential for more jobs to be created across its management and supply chain as the business grows.

More significantly, this innovation provides consumers with an alternative to fast fashion. People aren't going to stop buying clothes, but a biodegradable option made from natural fibres gives consumers greater sovereignty over their environmental footprint. Many of the negative environmental impacts of synthetic clothing and fast fashion such as pollutants, resource use, and waste are significantly reduced with Original Canvas's hemp garments. Original Canvas serves to educate consumers and increase their awareness about the impacts of their choices while inspiring them to make the right ones.

"We are not looking for the cheapest possible garment we can make, we are really looking for something that we can have confidence is being produced in a way which is healthy and sustainable and isn't negative or destructive in any way."

This business also serves to increase consumer awareness about the benefits of hemp and break the stigma around its connotation with marijuana. Its integration into everyday clothing empowers its potential to be implemented into other products and markets, popularising its use in other businesses and promoting its ability to reduce environmental problems.

Aside from creating jobs and revenue for their employees, Original Canvas sets an example for other businesses to inspire working towards a healthier world. In a time of changing awareness around our impact on the planet and our own wellbeing, Original Canvas demonstrates how business success can be achieved while also aspiring to goals like the SDGs. This is beneficial for business as a whole as it encourages a paradigm shift in how companies operate, creating a higher sense of purpose that benefits all who share life on our earth.

"You can actually be successful and profitable in this business, and be regenerative and not take so much from mother nature."

Hemp sequesters more atmospheric CO2e than any other commercial crop or forest, meaning that scaling up its production can play a significant role in addressing climate change (goal 13). This is due to the rapid rate at which it grows, taking only four months to reach maturity. For example, one hectare of hemp sequesters approximately 22 tones of atmospheric CO2e (The Role of Industrial Hemp in Carbon Farming, n.d.). This short lifespan also means that hemp can play a role in regenerative farming as it grows year-round. Multiple growing cycles allows for its production in conjunction with other seasonal crops, and high turnover is great for increasing the output of hemp-based products!

As a crop, hemp is also great for the soil. It is a phytoremediator which means that it removes toxins such as heavy metals out of the ground, repairing some of the damage done by industrial agriculture. Hemp is also naturally pest resistant and requires only 5-10% of the inputs of cotton. The use of fertilisers and pesticides in agriculture leaches the soil and runoff into waterways can cause toxic algal blooms as far-reaching as in the ocean (goal 14). Which as Brad put it, is “destroying the very foundation of life on earth”.

“My brother worked on a cotton farm over in Australia a couple of years ago and they would spray that crop over a period of three to four months about eight times, which isn’t actually needed in hemp.”

Additionally, exposure to these chemicals by farmers can lead to health complications and has been linked to the development of cancers (goal 3). Hemp is a very nutrient-dense crop so as leaves fall to the ground, the soil is replenished, and post-harvesting remnants can be returned, which supports its role in regenerative farming (goal 15).

Hemp fibre produces a biodegradable material that is kind to our skin, unlike nylon and polyester, which can cause irritation (goal 3). It is also naturally fire-resistant and anti-microbial, making it safer for human use. This is of particular value when it comes to the manufacturing of items such as bedding and clothing for infants who have sensitive skin. The material is breathable and resists lingering odours meaning that it is less resource-intensive on water and energy when it comes to washing our clothes (goal 12). In addition, the manufacturing of hemp fibres offers many by-products which can be used in nutrition and cosmetics. For example, the seeds can be used to make hemp milk (goal 3).

Original Canvas is a New Zealand brand that creates clothing made from hemp. Their goal is to make sustainable clothing more accessible for those looking to move away from fast fashion. Not only is hemp great for the environment but it is also kind to human wellbeing. Their garments are simple, timeless, and will last you a lifetime.