One of the big innovations that General Dollar has decided to go ahead with is the creation of the Dollar General App, which rewards customers with even more savings at checkout. In 2018, Dollar General released a different app that allowed the customers to scan items when they were shopping so that it would keep track of how much they have in their cart. They also have started to include fresh fruits and vegetables in over 450 stores and added 130 healthier food options.

Dollar General has had to make several changes to keep up with the high demand and digital changes. One of the big innovations that General Dollar has moved forward with is the creation of the Dollar General App which rewards customers with even more savings at checkout. What is interesting is that Dollar General customers who actually participate in using the app and savings are the ones who are spending more, almost twice as much as the regular Dollar General customer. In 2018 Dollar General released a different app which actually allowed the customers to scan items when they were shopping so that it would keep track of how much they have in their cart. Continuing with how Dollar General is showing great signs of innovation, they also have started to include fresh fruits and vegetables in over 450 stores. This has shown tremendous growth in certain stores where there is limited grocery stores available. While increasing the amount of fresh produce, they have also added 130 healthier food options. 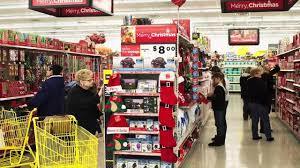 The inspiration behind Dollar General's rural area boom has been a large factor in the company expanding into the fresh produce market. In many rural towns, Dollar General has started to take the place of grocery stores in these areas. For lower income families, this makes a huge difference in day-to-day shopping. With Dollar General filling the missing gap of grocery stores, they have not only helped many low income families but have also found a competitive advantage moving forward.

Since it opened its first store in a small town in Kentucky in 1955, Dollar General has been serving rural and suburban low-income customers. The retailer's target shopper comes from a household making around $40,000 and is often living in areas which are called "food deserts," meaning they are miles away from access to grocery stores. Dollar stores are typically smaller and offer less choice, making them easy for customers to navigate. They also supply goods that consumers need quickly after running out. That makes them a convenient stop for shoppers on their way home from work. Also, they are resistant to a digital takeover.

With the growing competition from major market and online stores, Dollar General has flourished, swooping in and offering customers prices that are 20% to 40% lower than grocery and drug stores. Dollar General doesn't own its stores, which helps to keep real estate costs down. It costs around $250,000 to open a new store, which is less than what it costs a major market retailer to build a new location.

In a statistic from 2017, there are 40 million people living in poverty and 39 million don’t have a lot of access to healthy food stores. About 75 million people rely on Medicaid. Many low-income Americans hope they can have a healthy diet but unfortunately can not afford it. This is where Dollar General is very beneficial, as their customers mainly fall under the lower-income tax bracket and shop there for fresh food and at a cheap price. In 2018, they improved nearly 450 of their stores to have fresh fruits and vegetables. In addition, they opened 900 stores. Dollar General cares about people in lower-income households and wants to make sure they also receive fresh fruits and veggies.

Dollar General not only focuses on its food, but it also gives back to the world. Since 1993, the business awarded 160 million dollars in grants to nonprofit organizations that helped millions of individuals read, prepare for exams, and learn English. Dollar General mainly focuses on literacy as their primary charitable focus but also supports disaster relief efforts such as partnering with The American Red Cross and St. Jude Children’s Research Hospital. As you can see, Dollar General helps get fresh fruits and veggies for the community and also helps support communities with literacy and education. 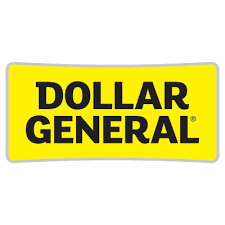 Dollar General is a business that aims to make shopping hassle-free. It is very affordable and has more than 15 thousand stores in 44 states. They carry almost everything from food, snacks, health and beauty aids and cleaning supplies, to family apparel, etc. Their goal is “Serving Others,” whether it is helping their employees with their career or the community with anything they want for a low price. They also carry products such as Coca-Cola and Nestle as well as private brands such as DG Home and Comfort Bay. Dollar General is currently trading at $159.92 compared to $22 in 2010. In fact, they get a much larger share of business from low-middle income households than do rivals such as Walmart and Walgreens. Lastly, in 2018, the company had its 29th straight year of the same-store sales growth.