Elimination of The Ocean Plastic Crisis

The innovative technology provides an efficient way of combating ocean plastic pollution. It aids in the creation of jobs and a more sustainable future for society and the environment.

The co-founders of 4Ocean, Alex Schulze and Andrew Cooper, teamed up with a group of engineers to create an innovative technology that could help combat large masses of plastic pollution in the ocean. The creators described their intentions for the Mobile Skimmer by stating, “The vessel is designed specifically to target large accumulations of plastic found offshore. It takes our teams a long time to scoop all the plastic up with their nets, and this vessel is designed to expedite that entire process…This vessel was designed for the international areas that have large amounts of plastics floating on the [ocean] surface,” (The 4Ocean Mobile Skimmer, 2019). This equipment will provide a more efficient and effective way of tackling international sea pollution. The co-founders unveiled the technology for the first time in 2019.

After a year in the making, this boat-like vessel can be driven by boat captains through waterways. At roughly 22 feet long, the vessel is equipped to hold multiple large waste storage bags and a few crew members. The equipment operates with two hydraulic arms that have a near 13-foot wingspan. These arms are manually controlled to guide floating debris under the vessel and onto a conveyor belt. The various forms of debris are carried up the vessel from the sea surface and then dumped into sizable bags that are managed by the crew onboard. The bags are then brought to land where employees can sort through the various materials. 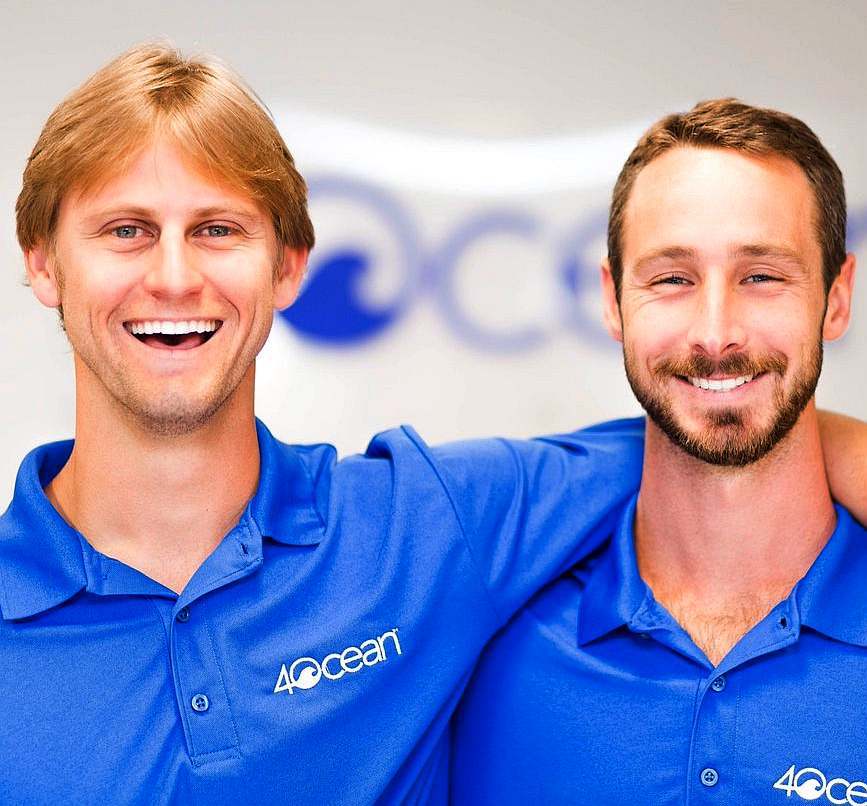 The co-founders witnessed the massive levels of discarded matter floating in international seas when they were on vacation in Indonesia. When they went to surf the waves of Bali, Indonesia, the pair were aware that Indonesia has high levels of pollution. However, seeing first hand has a drastic difference. Indonesia is the second-largest contributor to discarded waste pollution. To put the amount into context, worldbank.org states, “Every day, Indonesia generates 175,000 tons of waste and about 14% or 24,500 tons a day of plastics. Unfortunately, currently 81% of waste in Indonesia is unsorted; making it difficult to recycle, causing plastic waste to end up in landfills or leak into the ocean instead,” (How is plastic waste an issue for oceans/waterways in Indonesia?, 2019). The amounts of daily waste piles up in the countries surrounding the waterway and then washes ashore. This single country's overwhelming amounts of pollution is what inspired the making of 4Oceans Mobile Skimmer. This equipment will provide a substantial impact to all international seas that have a drastic amount of ocean surface pollution.

To better visualize the amount of plastic waste that litters our oceans, Conservation.org states, “Eight million metric tons: That’s how much plastic we dump into the oceans each year. That’s about 17.6 billion pounds — or the equivalent of nearly 57,000 blue whales — every single year,” (More plastic than fish, 2019). It is highly expected that if plastic pollution continues as it is, roughly 30 years from now, by the year 2050, plastic pollution will outweigh all fish population in the oceans. This is a horrific possibility for our ocean life as we know it. There would be an immense loss in marine life and the marine habitats would be nearly destroyed.

This company is creating a solution to a global problem. All around the world, plastic pollution covering the water's surface is becoming an increasing problem as the days go by. This company aims to cut down the amount of plastic pollution drastically. The coast that borders these bodies of water holding vast amounts of plastic waste act as a dumping ground for each wave that pushes ashore, leaving behind plastic in its place. These littered coastlines are often a result of massive buildups of plastic waste in the ocean. The only solution is to provide education to people on the simple lifestyle changes that support a sustainable future. Reversing the wasteful impact, we as humans have created, will drastically benefit society and the environment. The Mobile skimmer has already proven immense results.

Found on the official company website, the company has data collecting software they call a “Trash Tracker”. The trash being recovered by crews 7 days a week is documented and the data is processed by the software. As of April 2020 the company has successfully removed over eight million pounds of waste. Their goal to tackle the millions of tons still existing in our oceans. To accomplish this goal, this innovative equipment is necessary. The Mobile Skimmer allows for a quicker removal process allowing the total amount of trash recovered to drastically increase.

The Mobile Skimmer is greatly beneficial to the company in terms of efficiency. The official website 4ocean.com states, “Powered with midrange horsepower four-stroke fuel-injected outboards, the Mobile Skimmer can run all day while consuming minimal fuel. The entire hydraulic system runs on 12-volt motors to keep energy consumption at a minimum while the engines return charge to the battery bank,” (Function Overview, n.d). This equipment allows the company to achieve organizational objectives while inputting less effort and expense. The equipment will still provide employment opportunities while making a greater impact on the plastic pollution crises. The impact and possibilities this single technological innovation brings to the crisis accumulate so much awareness to the company as a whole. The more people involved in the cause and support the company, the more profit the company brings in from sales. This will allow for further achievement of organizational objectives. 4Ocean does not plan to stop here, further technological inventions will result from the success of this single piece of equipment.

Society is given many educational opportunities to better understand how human actions came to be and the impact that follows. It has been discovered that the cause of pollution in less developed countries is a result of the incorrect discarding of waste. The company aims to change human ways. The co-founders often reach out to governments of less developed countries and provide information and the suggestion of implementing proper waste management. A few countries have already implemented change, leaving a good impact on human health and living conditions. This application along with the removal of these countries extensive ocean rubbish results in the ecosystems holding less discarded materials.

Simply, raising awareness allows people to see an opportunity of a different lifestyle. Being aware of the plastic pollution crisis can allow a person to engage in more meaningful actions. The movement of this company allows for teamwork and connection of people for a great cause. The creation of jobs this company and its innovation produces allows for more options to people of less developed countries. Often, these members of society previously had little employment opportunities. This gives a subtle boost in the economy that the people of the country drastically need. The benefits raised by societal actions further impact the environment.

It has been stated that if pollution continues, by the year 2050 ocean plastic will outweigh the amount of fish that are in the seas. This company and the Mobile Skimmer will ensure that this statistic never becomes a reality. There are cleaner coastlines and oceans that are proof of the impact this company has. Restoring ecosystems to their former health and glory will be a tremendous process that already has noticeable effects. 4Ocean’s goal of using one bracelet sales profit to remove one pound of plastic pollution from our ocean has come a very long way. As of April 25, 2020, the company’s data collection software “TrashTracker” astonishingly documents that 8,684,499 pounds of trash has been recovered since 2017. This is an immense accomplishment and an increased hope for the future of our society and environment.

4Ocean relies on profit from product sales to fund the education awareness of the plastic pollution crisis and its necessary preventative actions. The company is dedicated to implementing solutions to combat the immense amounts of plastic pollution in all oceans. The mission is to rid our oceans of discarded plastic waste to achieve a more sustainable future.