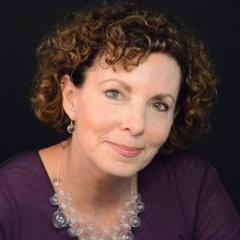 Roberta Baskin is a veteran investigative journalist on a radical new career path. In 2015, Roberta founded AIM2Flourish.com at Case Western Reserve University’s Fowler Center for Business as an Agent of World Benefit to find and showcase “good companies” across the globe. The initiative invites business school students to research and write about scalable innovations aligned with the UN’s Sustainable Development Goals. More than 3,300 stories have been published on the site. Each year, the 17 best global innovations are honored with Flourish Prizes. In 2018, Roberta was honored among “100 Visionary Leaders” by Real Leaders Magazine.

Roberta’s journalism career has earned her more than 75 awards, including prestigious Peabodys, duPont Columbia Awards, and multiple Emmys. As a result of her investigations, she has made beer healthier, exposed sweatshops in the shoe and soccer industries, uncovered pediatric dental abuses, and succeeded in banning dangerous products.

Roberta served as Executive Director of the Center for Public Integrity, Senior Washington Correspondent for “NOW with Bill Moyers,” Senior Investigative Producer for ABC News “20/20,” and Chief Investigative Correspondent for the CBS News magazine “48 Hours.” Her proudest journalistic achievements have been in righting wrongs, especially transforming the way companies do business.

Roberta was named a Nieman Fellow at Harvard University and an Ethics Fellow at the Poynter Institute. She taught a graduate school course on investigative reporting at Georgetown University. Her passion and dedication to many causes has led her to actively serve on many non-profit boards of directors including One Earth Philanthropy, the FoolProof Foundation, the Peace Studio, the Fund for Investigative Journalism, Investigative Reporters and Editors, the Journalism and Women Symposium, The Center for Public Integrity, the Robert F. Kennedy Memorial Journalism Committee, the Nieman Foundation’s Executive Committee, the Carbon Underground, Images & Voices of Hope, and the Fowler Center’s Advisory Board.

Roberta has been a guest lecturer internationally from Baku to Budapest to Bilbao to Borneo. Roberta is an enthusiastic scuba diver and likes to Baskin' the sun anywhere the water is warm. She now lives on Lake Jackson in Virginia in a former CIA safe house with her husband, Jim Trengrove, and Kula the goldendoodle.