Un Bol d’Air is a business created and owned by two friends Adrien and Cyril which offers zero waste and bulk products to its customers. This idea of a better consumption for a better environment was an integral part of the two friends’ lives. That is why in 2016 they decided to settle down in La Rochelle and open their business one year later. The name of the Business “Un Bol d’Air” (“a bowl of air” in English) today is important for them, even if it wasn’t a big deal at first, as its meaning appeals to our imagination. Coming from a French expression, it can also be relied to a philosophic aspect. Philosophy which they try to share within their activity.

Un Bol d’Air besides being a zero waste and bulk grocery, is an organic grocery which tries to work as much as it can with local producers. Their products are varied and go from food products like cereals, fruits, vegetables, etc. to hygiene and maintenance products. They also sell accessories which will help the community to reduce their waste such as jars or reusable bags. By adopting and encouraging the local community to shift the way they consume, the two friends are trying to make an impact on our environment. Their action is closely linked to the twelfth Sustainable Development Goal: “Responsible production and consumption”. In fact, the bulk grocery motivates its clients to come with their own containers to do their grocery shopping. Once in the store, their empty containers are weighted and labelled. Then, the customers only have to fill them and pay their purchase.

Adrien and Cyril attempt to have an impact on the mentality and the consumption of their local community. Their shop aims to reduce at maximum waste coming from our daily shopping. By reducing this waste, they are thinking about creating a better environment for our generation and the next ones. Their approach is not focused on the short-term but on the long-term. It is a part of their philosophy. They want to make profits since it is a company but not at the cost of deteriorating and polluting our planet more and more. Their concept goes beyond this aspect, they also promote short distribution channel by supporting business with local producers. All of them are settled in an area of 100 kilometres around the city they are implemented in. With this initiative they want to stick to their values to the fullest. This approach allows them to control the quality and origin of their products, offering their customers with the best possible products. They suggest another way to consume, eco-friendlier, more responsible while questioning our actual economic system.

Adrien and Cyril want people to become aware that it is possible to consume better by changing little things in our daily life. 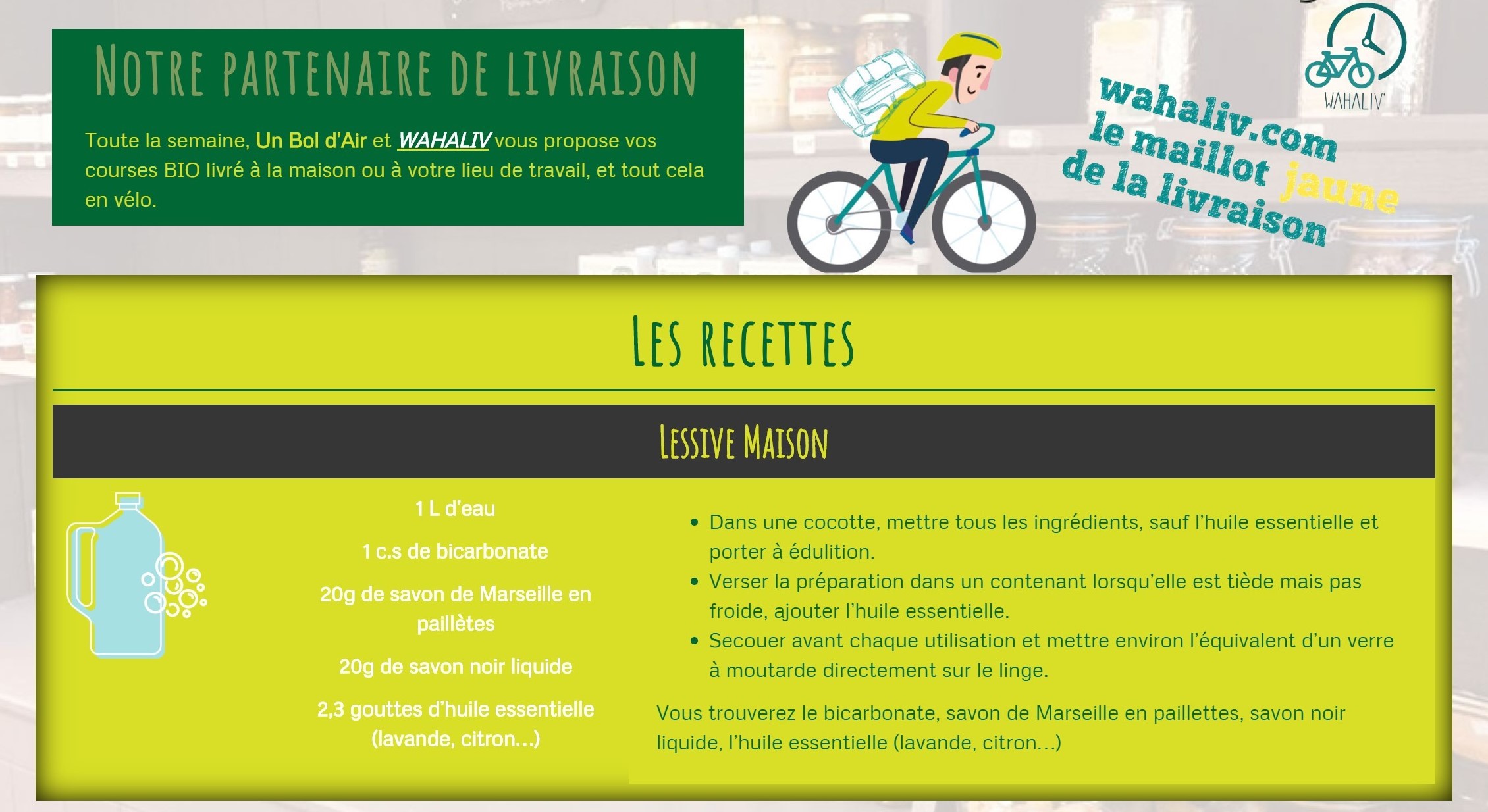 Un Bol d’Air emerged with Cyril and Adrien who came into the general idea that we can’t continue to live as we do currently. Passionate by our beautiful planet and food lovers, they decided to create their own bulk grocery in respect with the environment and the local producers in order to preserve our future. Thus, it’s a new model that they inspired to, that of a viable economic model which preserve our resources in a sustainable way while being aware it is less profitable.

Adrien – after a Master in Environment located in Poitiers, worked in an office behind a computer. One day he quitted his job to do something more in accordance with his values, that is to say: healthy food, bulk system, valorisation of local products, etc. Then, the zero-waste grocery idea came into. To run his business, he needed a good friend with the same sense of values, consequently he called Cyril. ~ "I wanted people to be aware that it is possible to consume better while making local producers work instead of big industrials groups."

Cyril – Initially inspired by arts, he studied in “Beaux Arts” school in France and then travelled around the world (Indonesia, New Zealand, Europe, etc.) to find inspiration. When he was in Bali, he became aware of the poor reality of our system: the amount of waste on the streets, destruction of our planet and its biodiversity. For him, it was no longer possible to consume as he used to, so he decided to think about something to improve things. ~ "My trip in Bali made me think about our way of consumption, especially concerning the wrapping."

Un Bol d’Air is quite new on the market (3 years), and so it’s difficult to know exactly the impacts on the society it has made. What we already know is that they work with local associations as “zéro déchets” (zero waste); “remplir les ventres pas les poubelles” (fill the bellies not the trashes) to promote and to educate the population to this model. They would like to change the mentalities at their level. To do so, they organize for instance conferences and workshops in partnership with these associations and share recipes with consumers on place or on their website. Producers are valued by telling their stories in store, communicating and illustrating their works by pictures. Cyril and Adrien try to identify the producers who do not sell in supermarket and large retailers’ chains to promote the little ones.

The overall impact is to reduce wastes in our trash and promote local producers.

The most it would be that zero-waste model tend to be more and more famous in France and elsewhere to support this new economic model and have a real impact upon the environment.

Un Bol d’Air offers the business world a new structure, enjoying many benefits. Indeed, the distribution of its products in the form of bulk confers a real economic advantage for the company. This format considerably reduces waste, which has a real cost for businesses in terms of taxes. But also, in terms of buying raw materials.

The sale depends on the products of their suppliers, which does not require them to “know how to do”. Moreover, they are two in the company. As a result, there is an economy in terms of labour costs.

Local producers also benefit because they are directly supported by the company when they buy their products. Their margin is greater than if they sold their products to large distributors. Un Bol d’Air differs from these large distributors by their sales format but also by the quality of its products. Consumers concerned about their consumption and the environment are certain to have bought good products. Thus, a loyalty settles with consumers. One can also notify a certain loyalty to suppliers, who can, at the same time, offer financial benefits, discounts for example to the company.

What this company is proposing can significantly bring about a change in the structure of the global economy. A business zero-waste, supporting local producers, which ensures the health of consumers.

First and foremost, Un Bol d’Air benefits to the environment by reducing the consumption of plastic and improves our way to manage waste. In our current society, one of the biggest threats for the environment is the management of waste, a part due to the overconsumption of plastic. Oceans are overwhelmed with trashes and this is also jeopardizing the animals living there. They take part in the fight against pollution. It is thanks to this type of initiative that we could change the trend. Moreover, by proposing this new trendy type of consumption, the shop allows to raise awareness toward these current issues and make people think about a greener way to consume. It shows the possible alternatives that we have to change our way of living and it is through this, that we could have a positive impact on the environment, improve the situation and be truly socially and environmentally responsible.

Un Bol d’Air is a business created and owned by two friends Adrien and Cyril which offers zero waste and bulk products to its customers. This idea of a better consumption for a better environment was an integral part of the two friends’ lives.