Tonlé offers zero-waste, fairly made products that look and feel as if they come just off the runway. The company makes clothing out of tiny scraps of remnant materials from larger garment factories. The company employs 50 full time employees producing its products and getting them to the customers who care for the surrounding world as much as does the company’s team.

Over the years of building a social business, Tonlé has been able to achieve a closed loop process in its business by constantly evolving new designs that could incorporate every last scrap of waste that it was producing. As the company’s founder Rachel Faller noted during our interview “addressing the issue with waste in garment manufacturing touches on many problematic aspects of the industry, everything from water to pesticide usage to petrochemicals in cheaply made fabric. So that's what we've decided to tackle - it's a big undertaking.” However, this is not the only innovation that Tonlé brings to the clothing industry. In fact, when many employees in other factories work in terrible conditions gaining minimal remuneration, Tonle gives its employees fair wages and benefits making sure the working atmosphere is supportive and kind. 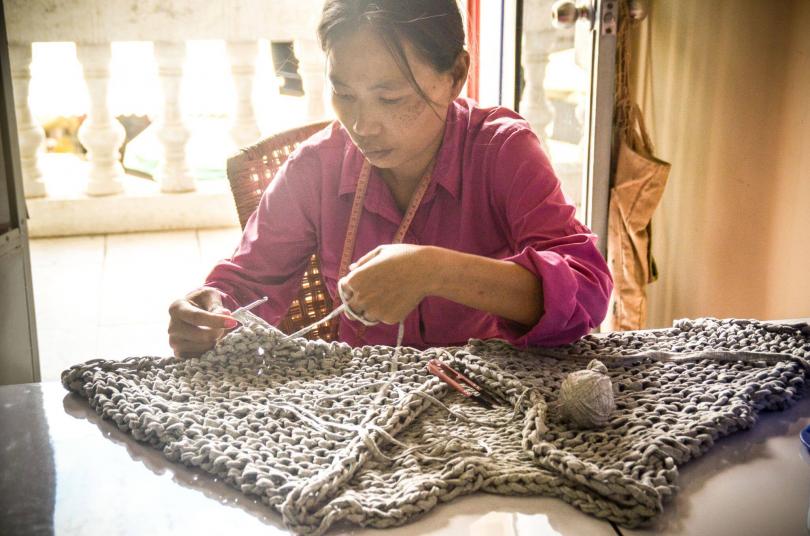 As a working woman, the founder of the company, Rachel Faller, has always wanted to be respected for her beliefs, for who she was as a person, and what she could do, rather than style for style's sake. According to her "clothing should support your core values, rather than define you. So many people buy clothing to buy into certain styles or trends, feeling consciously or unconsciously that they need to confirm to certain standards. But I think you have to define who you are as a person and find clothes that suit that, not the other way around". This is what Tonlé would come to represent and stand for: strong individuals who care enough for the World to dare and make a difference.

The company indeed has a great impact on the surrounding environment and the World. It contributes to waste reduction caused by the fashion industry. Each year Tonlé’s production, in contrast to a typical manufacturer, saves the following:

What's more, Tonlé actively promotes fair practices in the fashion industry, when workers are treated as valuable parts of the organisation's value creation process and not as mere means of production. Going step by step, the company promises to increase its global impact as the general public become increasingly aware of the products that Tonlé has to offer.

The company makes profit from the sale of its products.

Tonlé is all about friendly environment where great things are accomplished by ordinary people. As a matter of fact, management at Tonlé promotes a supportive team environment with a much more horizontal as opposed to vertical leadership structure. Most company decisions are brought before the whole team, including the production staff, and discussed. Management constantly looks for feedback from each and every member of the team. What’s more, according to R. Faller, “Tonlé strives to be the complete opposite of most factories in Cambodia where workers lack any say in what happens to them”. Hence, team members feel empowered and valued by the company.

In fact, one of the most astonishing points about the Tonlé team, R. Faller notes, is that many of the workers have gone through so much in life but their resilience, perseverance, and dreams for the future shine through and that is certainly reflected in the clothes that they make and the message they want to convey to the world. Interestingly, Tonlé partners with non-profit organizations in Cambodia who provide training programs to recruit its employees. Interestingly, many NGOs in Cambodia are providing sewing training, but not necessarily jobs. Hence, tonlé utilizes the Cambodian talent to make our world just a little bit better. Indeed, as R. Faller correctly noted “the fashion industry has a huge negative impact on the planet and its people. If we could change the course even slightly, it would make a big difference”. 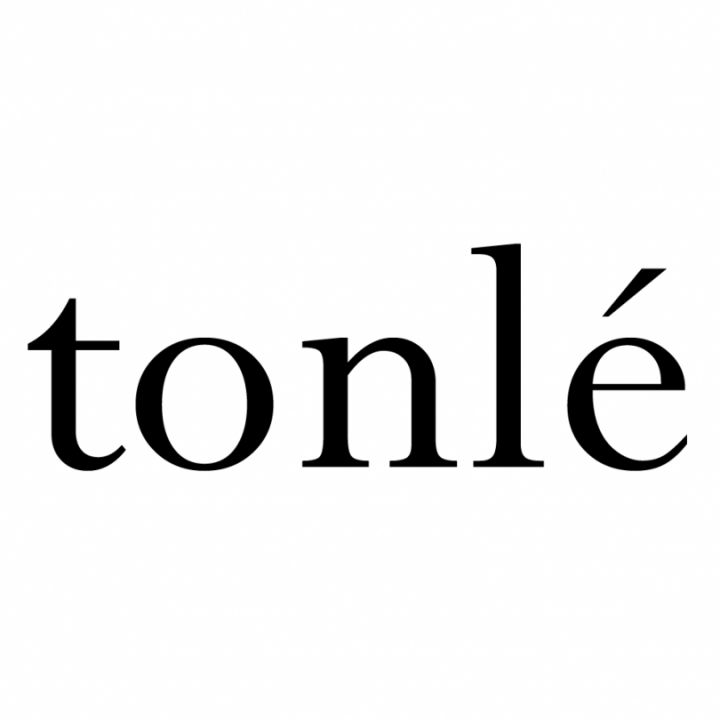 Clothing industry is one of the biggest polluters of the environment, next only to Big Oil. Interestingly, many of us, customers, fail to care enough to change this situation. Luckily, Tonlé comes to our rescue by offering the environmentally friendly,comfortable, and fashionable clothing. Tonlé's founder, Rachel Faller, started her first company in Cambodia in 2008. This company was re-branded in 2013 as Tonlé, and that was also when the company set the goal of having a completely zero-waste production process. The unlikely story of a Tonlé product begins in a heaping pile of factory scrap material. Company’s design team frequents the remnant material markets to scavenge through piles of factory castoffs before they end up in landfills.