Urban waste problems are always discussed in Indonesia and the cities around the world, because almost all the cities are facing the problem of waste.

The development of the city, the population growth, and increasing levels of activities and socioeconomic conditions, are causing the increasing number of waste piles. This has caused a complex problem of insufficient facilities and infrastructure to manage garbage.

The three R's concept - reduce, reuse, and recycle - all help to cut down on the amount of waste thrown to the landfill. Omah Kenken or PT Undagi is a company engaged in waste management and creativity to implement the three R’s concept. The idea is not only to reduce, reuse, & recycle waste but also on how to make money by up-cycling activities.

Business Innovation of the OmahKenKen or PT Undagi is how to creatively recycle the waste and make money from it. Initially the founder created the product by herself. However currently she trained and empowered the community around her environment to work together and create the product as home industry.

Ibu Nuning Widowati as the owner of the company, originally built this business due to her concern to the milk box waste. This began when Nuning saw many unused waste of milk box in her house because at that time she had a child who regularly drank milk.

Initially she wanted to train her son to have saving in the form of the box bank. Then she creatively made it from the unused milk box and luckily, friends of her son were impressed and bought these creative products.

Nuning didn't stop there. She continued with the other creations. She made toys for her son. She made toy cars, souvenirs and other creative products using the waste of milk box as the materials.

After more then 5 years running the traditional business under the Omahkenken as the house of creativity organization where she trained a lot of people and developed the community, in 2016 she build a company which is called PT Undagi to make it a more professional business. 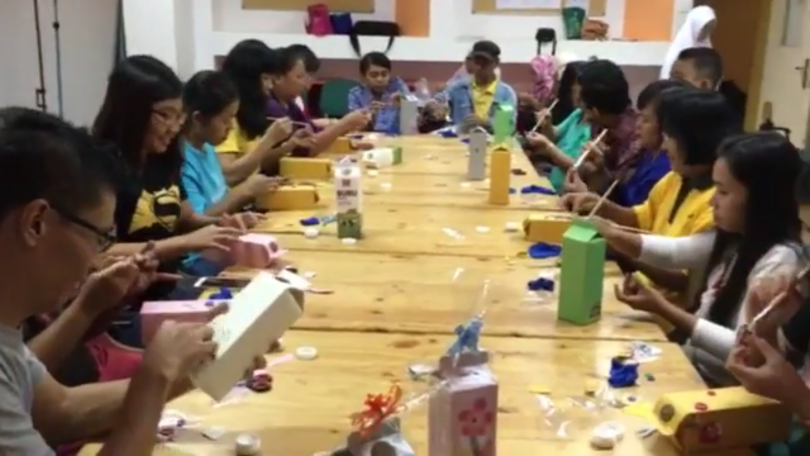 By doing up-cycling activities, I realize that waste is a valuable resource. New job opportunities from up-cycled new products can be created from the waste.

I understand that minimising waste is not just about separating and collecting different types of waste. To drive sustainability, people’s attitudes and lifestyles need to be changed. This is why, at Recycling Lives, Pt Undagi offers creativity, and explains why this creativity provides a better solution.

Omah Kenken activities do not only have an environmental impact and involve the communities, but it also has an important economic dimension. It becomes new job opportunity, creates new entrepreneurs, and last but not least, it will increase the income of the community who are actively involved in the activities and create new business' value chain.

Nuning now receives a lot of supply of waste milk box from relatives, friends, and neighbors. Every day, people delivers the milk box into her place.

Hence, she claimed there was no difficulty getting waste milk box. "If someone gave me 100 pieces box of milk, I will pay Rp 1000,-per piece, but some are not willing to receive the money," said Nuning.

She claimed, that she could make the design independently. She creates her own design and gets a sample from the internet.

Currently, Nuning assisted by four workers who came from around the neighboring house. Toy products from waste milk boxes are priced from Rp 15,000 to Rp 45,000 per item, depending on the degree of difficulty.

Piggy bank small size, for example, is valued around Rp 15,000. While the price of a toy car costs Rp 40,000. Within a month, Nuning can get a turnover of at least USD 10 million. There net income is about 40% of the turnover.

Efficient waste management begins in the household. The initial disposal of waste determines the ways in which it can be utilized and processed further downstream.

The process of separating waste shall be encouraged to the community to create their own benefit in term of value of the waste to be recycled. PT Undagi will give them at least Rp.1000,- per unit for small size milk box and Rp2000,- for big size. However if the community can support PT Undagi in producing the product from the waste, she will pay Rp.5000,- up to Rp.10,000,- per unit product. 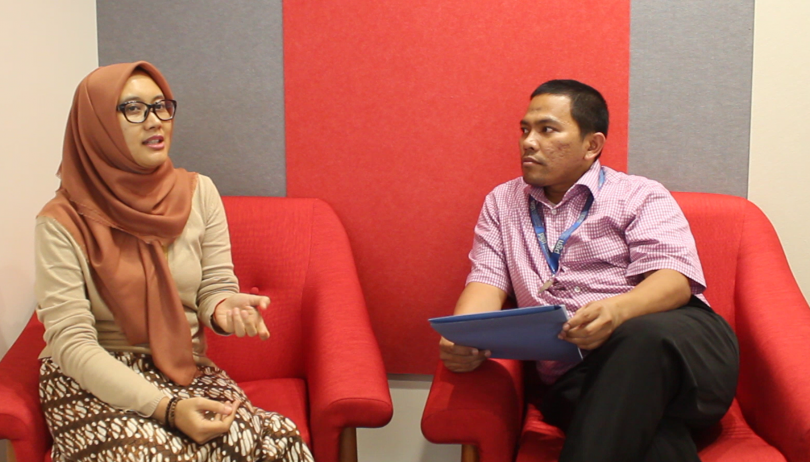 PT Undagi Studio is a creativity company. The company's business is about how to manage the waste creatively. This company generates profit from recycling waste. This business has been characterized by a drive to minimize waste and promote reuse over recycling, and their operations have been behind the creation of a social welfare charity.