The business is all about making cutlery and food packing containers from sugar cane pulp obtained after extracting sugarcane juice.

Used as a substitute for aluminum foil and can also be used for heating food items.

After thorough research, they have come up with a solution that can carry wet/liquid food items as well.

The company was incorporated in the year 2020 by Divy In Indore, Madhya Pradesh in India. The goal of the company is to reduce plastic usage and eliminate the toxic chemicals which enter the food through packing items.

The cutlery and packing items are made from the pulp from sugarcane which is left after extracting the juice from it.

The SDG goal number this company achieves is 11(Sustainable Cities and Communities) by eliminating the use of plastic containers and aluminum foil. 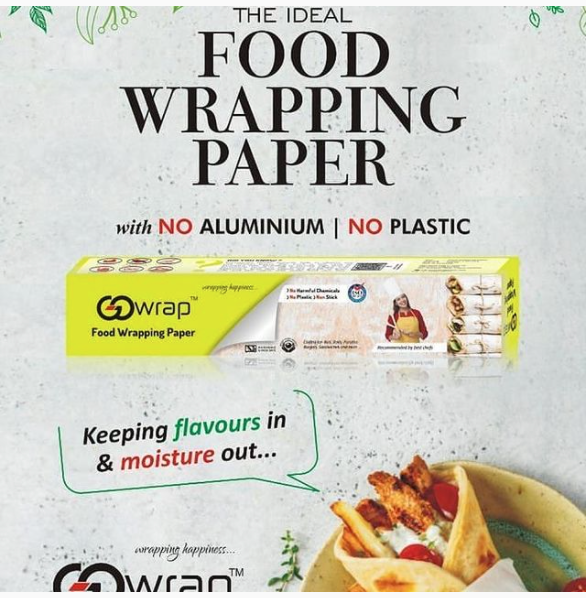 Mr. Divy Dhanotiya along with his brother, already in the business of the sustainable business of making eco-friendly utensils acting as a distributor for the Madhya Pradesh state was in search of an idea that could give wings to their entrepreneurial aspirations. They wanted an idea where they could solve a real-life problem while also being financially successful. They sought inspiration from several sources and found opportunities in the wrapping paper business.

Replace the traditional aluminum foil or plastic wraps where they saw a lot of wastage and because of the fact that it was unhealthy as well.

In their own words “we saw that the extreme use of plastic was happening and also that there was no one else who was producing the wrapping paper the way we could and hence have virtually no competition.”(translated from Hindi)* They got into the research and developed a wrapping paper which was food grade, was made with an eco-friendly process and was also microwavable. The duo wanted to ensure that while the product itself should be sustainable and eco-friendly the process to make the product should also involve minimal waste which is why they developed a process where the waste remnants from sugarcane and paper production could be used to make the wrapping paper, therefore, creating a 360-degree eco-friendly model.

Even in social media, it is seen that the use of plastic is very heavily criticized, and curbing its usage is given major importance when one thinks of being eco-friendly. This was also the vision of the founders of Go Wrap.

In the short run, the innovation would have an immediate effect on the individual households who use plastic or aluminum foils to pack food for lunch which is applicable to both school-going children as well as adults who carry lunch to their workplaces. This company which is Headquartered in “Indore” which has also been named as the cleanest city in India. This also has an impact on the people, nudging them towards reducing the huge plastic waste which is otherwise generated.

Long term benefits include changing the mindset of people towards their surroundings and reflecting that change in their behavior, in turn, transforming small individual units instead of trying to bring changes on a broader level at once. Partnering with restaurants and hotels to reduce the non-biodegradable waste that is generated. contribute to the economy of the city as well as the state by generating wealth and providing employment to the people by activities involved in production as well as sales.

As a new company still in the establishment stage, it is difficult to get hard numbers to show the benefits however the company employs more than 10 people already and has over 90 percent retention rate of customers, suggesting that people are including eco-friendly practices in their daily life.

It benefits everyone who is a part of the environment.

This innovation reduces the overall plastic usage which results in lesser dumping of plastic in landfills.

Currently, GoWrap is only manufacturing in Indore, MP and have their sales PAN India.

The inclination towards reducing plastic waste hasn’t gone unnoticed, with movements and actions taken on a national as well as international level, the goal of Go Wrap was to internalize this change where reduction of use of plastic became second nature to everyone whether it is on a personal household level or on a commercial level by restaurants and hotels.

Go Wrap as a product has a twofold impact. One is a very measurable impact of reduction of plastic in the waste generated and second and probably more profound is the change that leads to the first change i.e. a psychological shift in the minds of people, to start with a conscious change in plastic use habits and ultimately making it automatic. Go wrap presents the opportunity to the customers on a personal level to shift to a non-plastic alternative for wrapping food items. Traditionally, newspapers, plastic wraps or aluminum foils have been used for the purpose of wrapping, leaving the consumer no other sustainable choice. Newspapers are easily available however do not have the capacity to be leakproof and are easily damaged, in practice it is not advised to wrap hot food materials in plastic for long durations and that is the trend. Aluminum is very fragile, susceptible to tears, leaving the consumers with no practical options. Go Wrap tries to solve this problem by providing a paper alternative that does not soil as easily as a newspaper and foil while also pacifying the mind of users since no plastic is used. An effect of this would be the overall reduction in waste generated due to plastic ultimately leading to less plastic production which is the goal. Being in the very early stages of the company converting this vision into numbers is difficult, however as the use of Go wrap becomes more prominent not just in the household domain but also by other commercial institutions, a big difference will be apparent. 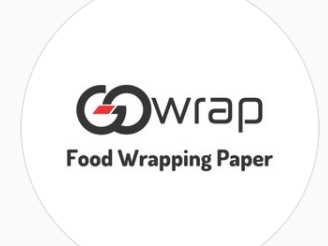