This innovation is the first underground wireless soil condition sensor that can be buried underground permanently thus, lowering maintenance costs. The sensor provides precise information of the soil conditions by transmitting data of moisture, temperature or salinity. Due to that, the system helps in reducing water and energy use up to 50%. Furthermore, the sensors can stay buried two meters below the surface, for up to 20 years, completely maintenance free.

Soil Scout is a ground-breaking sensor which measures the levels of moisture underground for several different applications such as agriculture, golf courses sport venues, smart cities and Industry. By measuring the amount of moisture in the ground this product can save up to 50% of the water used for irrigation and consequently reduce the amount of fertilizer used in agriculture as well as help in economic savings in the form of decreased labor and electricity costs associated with pumping water into the fields. Through this innovation the company touches the following UN SDG´s: 2 Zero Hunger; 6 Clean Water and Sanitation; 8 Decent Work and Economic Growth; 9 Industry; innovation and Infrastructure; 11 Sustainable Cities and Communities; 12 Responsible Consumption and Production and 15 Life on Land (Nations, 2019) 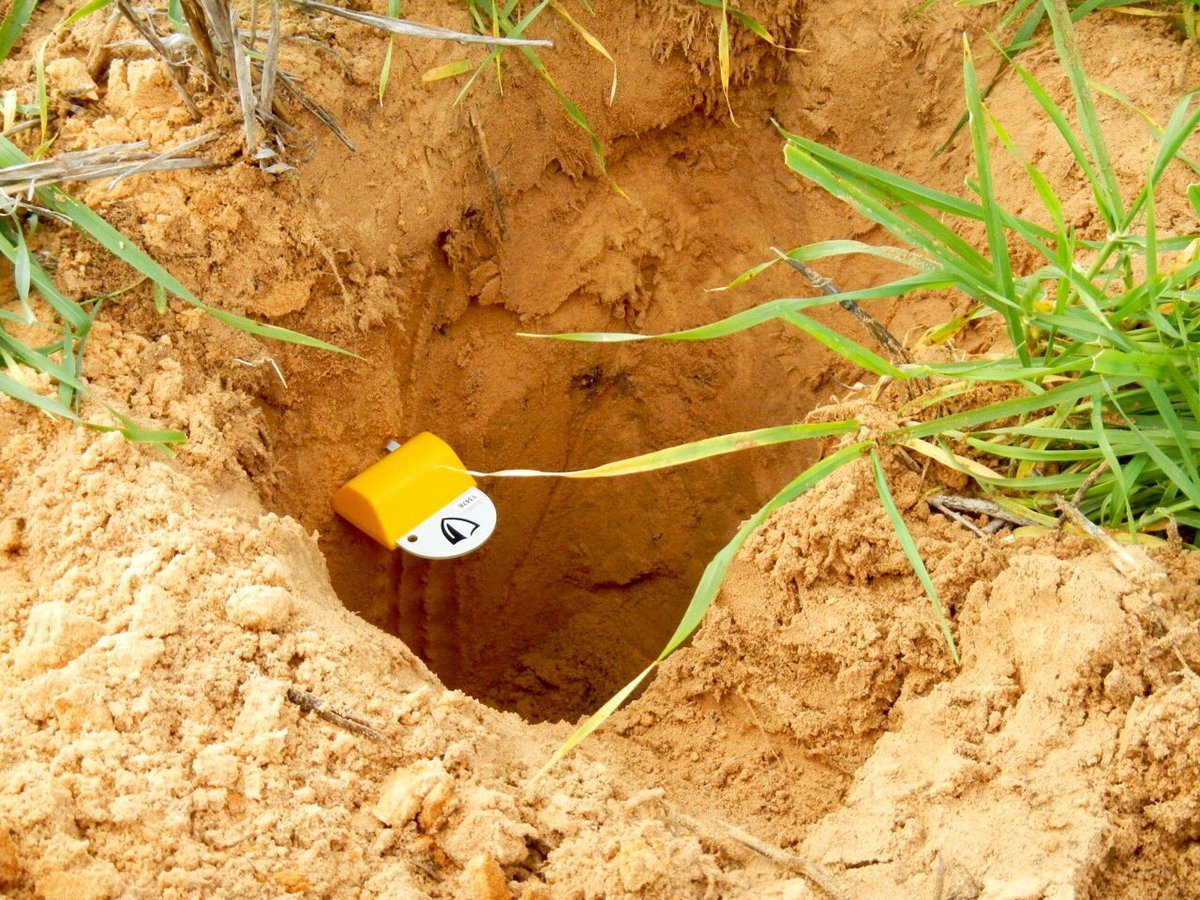 The founder of Soil Scout Johannes Tiusanen is a nineteenth-generation farmer. As mentioned by the CEO of his company “He is still farming the same family farm his family has had since 1554.” (Talola, 2019)

As droughts present a huge challenge to farming in Finland, in the 1990s Tiusanen’s family installed expensive drainage control units in their fields. These units store water underground so that it can be released during water-scarce periods. However, there was one problem with using these units. Clear information about the soil’s moisture level was not available. The on-field water sensors did not measure how moist the roots of the plants were and also became huge obstacles in using farm equipment like tractors which had to be moved around the fields avoiding these sensors. Thus, the expensive drainage control units could not be utilized properly.

Tiusanen strongly felt that there had to be a way to gather the below-ground soil data accurately. He thought about attaching sensors to mobile phones and burying them inside the soil to collect this data. With this idea in mind he approached a professor at the Helsinki University of Technology who motivated Tiusanen to write his PhD on this subject. As Tiusanen combined theory with extensive field experiments, he developed an innovative sensor design which allowed 95% radiating efficiency when buried underground (Tiusanen, 2019). He later partnered with his friend, engineer Jussi Sirkiä to refine his innovation further and eventually produced a sensor which could remain buried underground for up to 20 years without maintenance.

According our interview the innovation has very immediate and far-reaching impacts on business owners´ efficiency and environmental sustainability. The innovation helps farmers to obtain information of the soil. This information gives insight of how irrigation should be optimized. This can help to reduce water use by 50% since currently half of the water that is used in agricultural irrigation is overirrigation. The patented technology will also cut the energy consumption and reduce fertilizers such as nitrate. Moreover, this innovation can be utilized for more recreational fields, such as football stadiums, golf course, landscape maintenance, like parks and gardens. Basically, the innovation is for anybody who is involved with growing things. The innovation has huge potential, to optimize scarce resources, and by providing this information farmers, business owners, and communities they can make smarter choices toward more sustainable future. Currently the product is used in both Finland and abroad. To illustrate the immediate impact of the innovation, the daily reduction of water is roughly 1,000 cubic meters in a 1, 000-hectare farm. This typically equals hundreds of dollars in daily savings.

When the product and the technology will be more well-known it would allow more partners, who co-operate with farmers in emerging countries and the partners could help the farmers to plug the sensor in to the existing systems.

From 2008 until 2012 Dr. Johannes Tiusanen and today’s CTO of the company - Jussi Sirkä - designed and developed the original technology for Soil Scout. Only a few years later, when the “Internet of things IoT” became a buzzword all over, it became a lot easier to explain the vision of plugging soil into the internet. It was that time, when the two experienced entrepreneurs Kai Kronström and Ilari Koskelo learned about the Soil Scout solution and decided that the idea should be commercialized (Soil Scout Oy, 2019).

Together with the two young inventors, Kai as an advisor and Ilari as an angel investor, the company Soil Scout was founded in 2013. The investment was primarily used in order to further develop the company’s technology to complete the initial vision: Finally, the farmer was able to check the real-time underground conditions below his feet on his smartphone – just like a weather report (Soil Scout Oy, 2019).

But having a world class technology and a superior product does not automatically mean that the Finnish start-up has immediate access to the big markets. In order to reach those, a bigger network is needed and therefore funding is required. According to the CEO of the company, in 2019 Soil Scout raised enough funding to secure growth and to enter bigger markets like for example in North America, South America and Southern Europe.

Current water-use efficiency is at approximately 50% in agricultural sector. Without precise information about the soil condition, it’s hard to make sustainable decisions, because reducing irrigation may lead to the loss of crop. In order to minimize scares resources; water and energy, and maximize the crop, one needs specific data of the soil and that’s what Soil Scout is providing.

Agricultural sector provides a source of living for millions of humans worldwide. This sector is crucial especially in rural areas where people live in extreme poverty. To provide livelihood is one of the main challenges in contemporary world, together with environment protection and feeding the population that is growing (OCDE.org n.d.). Soil Scout offers solution to the optimizing of resources and making farming productive with less pressure on climate. Increased productivity will have positive impact on the farmers’ income which will lead more food with lower price to people. Also, reports predict that in 2050 more than a half of world population lives in urban areas. Our interviewee estimated that 50% of those people do not have access to fresh water. Soil Scout wants to help by enabling cities to do more with less. Helsinki is using thousands of liters of water to irrigate parks daily during summer which costs thousands yearly. All cities have many green areas that require irrigation. Soil Scout’s technology can make the irrigation efficient and save money. It can be therefore argued that this innovation offers win-win-win solution to the society, environment and economy. 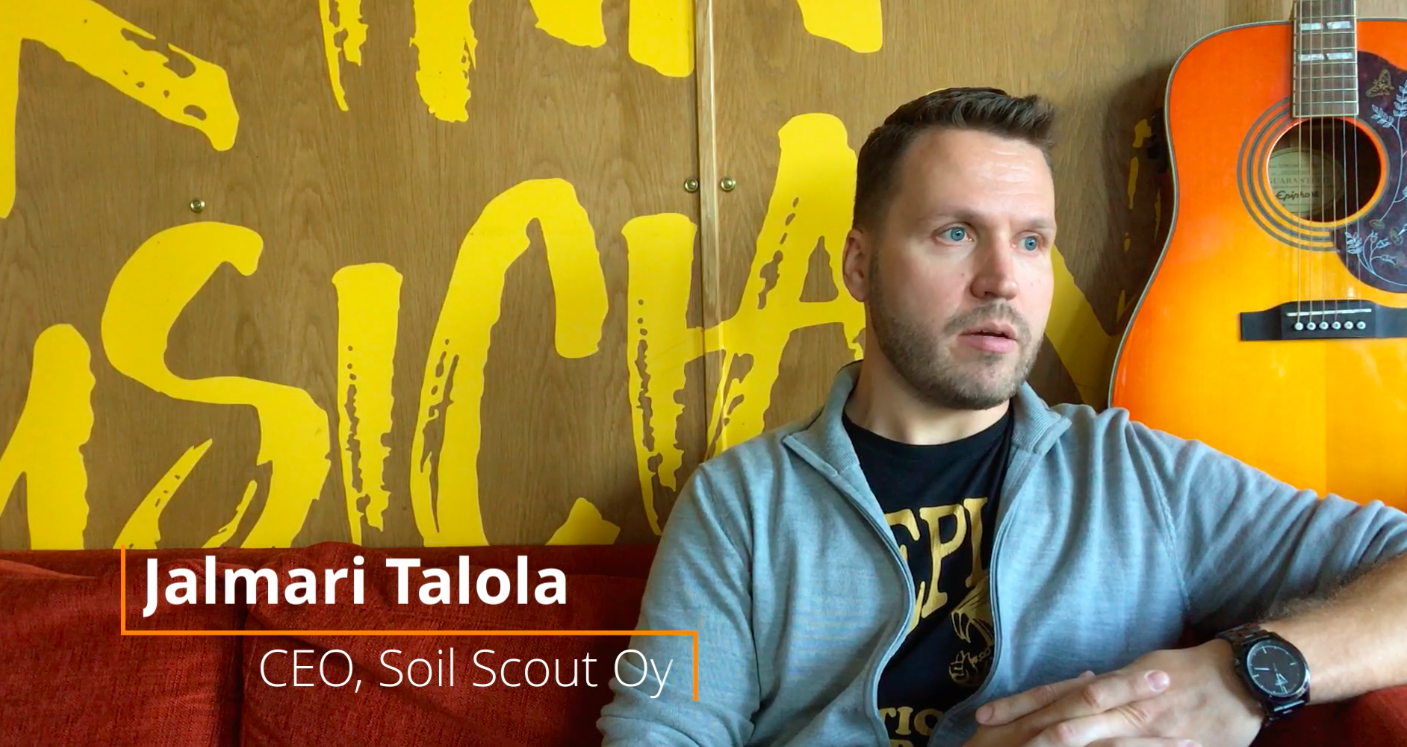 Soil Scout is a ground-breaking sensor which measures the levels of moisture underground for several different applications such as agriculture, golf courses sport venues, smart cities and Industry. By measuring the amount of moisture in the ground this product can save up to 50% of the water used for irrigation and consequently reduce the amount of fertilizer used in agriculture as well as help in economic savings in the form of decreased labor and electricity costs associated with pumping water into the fields.