Clean energy is a solution that touches on nearly every SDG either directly or indirectly. Sea Breeze Wind Farms is dedicated to SDG #7, Affordable and Clean Energy, within Ireland and Europe. However, they also impact climate action by reducing emissions, and they improve life on land and life below water by creating energy without producing solid waste. This has a knock-on effect to promoting health and wellness with less pollutants in breathable air and drinkable water.

In 1996, David Fitzgerald Sr. was looking for a new investment. At the time there was a lot of political and media attention around clean energy and the Kyoto Protocol. There was a large push from the government through subsidized pricing to entice entrepreneurs to take the plunge into this new sector. So, he founded Sea Breeze Wind Farms in Limerick County, Ireland. Through the creation of single and multiple wind turbines, Sea Breeze contributes clean energy to the four main utility providers' electrical grids in Ireland, producing clean, renewable, and affordable electricity for suppliers and consumers. 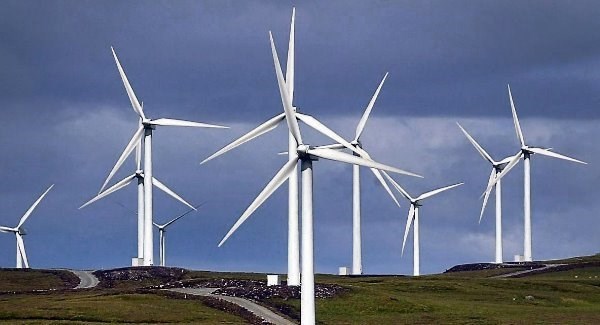 From an investor's viewpoint, with government-backed subsidies for investment and guaranteed pricing for B2B services through fixed tariffs, this was a winning combination, as it meant certainty of payment in the initial start-up phase.

"It was a subsidized business model, guaranteed prices and backed by the state through what is called ‘re-fit’ or fixed tariffs. The certainty of payment was attractive. If there was no government-backed incentive for renewable energy, it would never take off. People, the public, and companies have to be motivated by financial incentives—motivated by money or penalties—they are not going to voluntarily do it or by conscious choice, except for a few, unfortunately."

This innovation was a win-win; it offered lucrative contracts for development, clean energy for the future, entrance to an industry in its infancy, leadership potential in creating national sustainable policies, a cheaper supply of electricity, and cleaner air and water for local, regional, and national consumers.

In David Fitzgerald Jr.'s perspective, the innovation has impacted two key areas within the local region and within Ireland as a whole:

However, one area of regret is that looking back, the founders believe they missed an opportunity to have a larger impact on educating the public with the message of "doing good rather than doing no harm." Doing so would have meant spending reasonably 20% of revenue on marketing, radio, TV, and print ads. "We didn't get to PREACH!" Business was grown only by word of mouth, and realistically, that money was better spent in the short term to ensure the longevity of the company. Perhaps, in the future, in addition to government pricing incentives, funds should be allocated to help companies "preach" their solutions to the masses to create better buy-in and awareness from the public. This would create a public demand that the dominant fossil-fuel-based providers would by necessity seek to fill.

“In recent years, we have tried to diversify from wind farms to solar energy and also into the property and medical tech sector. We now operate in many different fields.... The diversification has been possible because of our success in wind energy; it has allowed us to financially invest in many other opportunities and sectors."

Sea Breeze Wind Farms now employ four direct employees, but provide outsourcing teams, ranging in size from 2–50 individuals, to 20 other companies. What is more interesting is that this is an example of a case where government incentives enabled a lucrative CSR-based business to succeed, and in turn they have now branched out to support employment and economic growth by developing differentiated internal investment strategies and service/product offerings across a variety of sectors.

Sea Breeze Wind Farms' impactful reach extends across nearly all of the SDGs. At its foundation is #7, Affordable and Clean Energy. Creating a renewable source from a supply generated by the simple rotation of the Earth (Coriolis Affect creating wind) in turn triggers #13, Climate Action, and massively reduces emissions and drain on non-renewable resources. The next links in the chain affected are #15, Life on Land, and #14, Life Below Water. When we use cheap, replenishable energy that does not produce solid and air wastes that can be easily dumped into waterways, airways, and landfills, the environment thrives. This then promotes #3, Good Health and Well-Being. A cleaner environment reduces reactive airways diseases like asthma and thereon reduces incidences of CPD and cardiopulmonary disorders.

In the context of sustainable economies, Sea Breeze equally garner a lot of support for SDGs #8, 9, 11, 12, and 17. Goal #8, Decent Work and Economic Growth, is clearly a pillar of Sea Breeze Wind Farms. Founded during an era of economic boom, The Celtic Tiger, the company survived the ensuing global financial crisis despite being in a burgeoning industry. This protected jobs, and through their now diverse service and product offerings they are able to create and sustain more jobs than ever before. Equally, #9, Industry, Innovation and Infrastructure, has been and continues to be positively affected by Sea Breeze's business model relative to current traditional electric suppliers. Their ability to survive the crash and to continue to produce clean energy demonstrates wind energy as a viable and lucrative model. By using renewable energy and being committed to a cleaner environment, while equally providing a cheaper supply of electricity, this product is critical to #11, Sustainable Cities and Communities. As per the previous point, if government subsidies were added to incentivize suppliers and consumers to change current modes of production and usage and to provide existing CSR companies with more enticements to promote their efforts in the media/public view, #12, Responsible Consumption and Production, would become a mainstay of global life.

Lastly, Sea Breeze is also involved in SDG #17, Partnerships for the Goals. "We endeavor to promote equality and inclusivity within our own company and also in the partners we work with.” By seeking out cross-promotional alliances with value-aligned providers, Sea Breeze strengthens its economic position in the marketplace while creating better practices for the industry as a whole. They currently work with suppliers, like SSE Airtricity and Bord Na Mona, who are "grounded in CSR" and have large budgets and media promotion dedicated to these principles.

While Sea Breeze was initially actively involved at its start-up point with helping to create and guide national energy policies, the current government is dominated by the mainstream, traditional, fossil-fuel-based companies.

“We have a substantial corporate governance charter; we had some HR help with it, and all of our board of directors and managers helped write it. It was then drafted and we signed it. So we promote good governance internally. In the initial stages, we were involved with policy creation, but not in recent years. The four CEOs of the Irish utility companies directly advise the Minister of Energy. And if he doesn’t want to do it, the buck stops with him.”

To counter this, Sea Breeze belongs to two trade associations, The Irish Wind Farmers Association and the Irish Wind Energy Association (IWEA.) However, to ensure best sustainable practice and creation of policies for the future, the Irish government needs to return to its previous position of inclusivity of productive and innovative energy SMEs. This would fall under SDG #16, Peace, Justice and Strong Institutions. 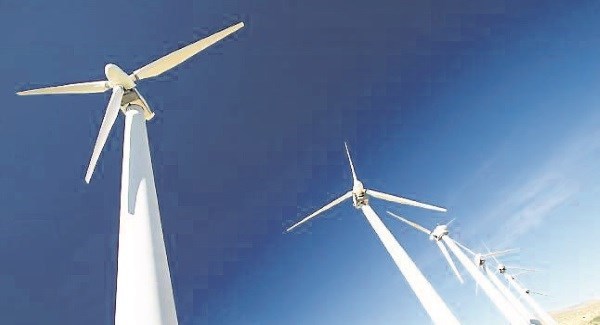 Founded in 1996, Sea Breeze Wind Farms Ltd are developers and builders of wind farms in Ireland. They are pioneers in the Emerald Isle's renewable energy sector.