Wind and Solar Energy as an Efficient Source of Energy

juwi is a project developer and service provider for onshore wind farms and photovoltaic systems.

This means that juwi is responsible for the planning, approval, and construction of projects such as wind farms and solar parks.

"juwi itself does not build or manufacture wind turbines, which we buy for our projects", Michael Löhr noted. juwi was one of the first companies to manage the construction of a wind farm in central Germany.

juwi promotes innovative technologies by bringing their experience to the table. "There are only a few companies that have been in the business for so long, but they are still constantly reinventing themselves, as juwi does", said Michael Löhr.

"One of our most beautiful and interesting projects is the so-called DeGrussa project in Australia," Michael Löhr explained. Previously, several diesel generators had to be operated there day and night in order to produce electricity for conveyor systems. juwi has helped construct a solar hybrid system there, which went into operation in 2016. It is the world's largest system specifically installed for the DeGrussa Mine. Most of the diesel generators do not have to be operated anymore. "Diesel generators are the dirtiest and most environmentally damaging way of producing electricity," said Michael Löhr.

The solar modules produce about 10 megawatts of electricity. "For the night operation needed this there, we have 6 megawatts of battery storage installed, which means that the system can be operated 24 hours a day," said Michael Löhr.

All in all, the reduced use of diesel generators in favor of the solar modules provided by juwi significantly reduces CO2 emissions. This saves the company 5,000,000 liters of diesel per year. 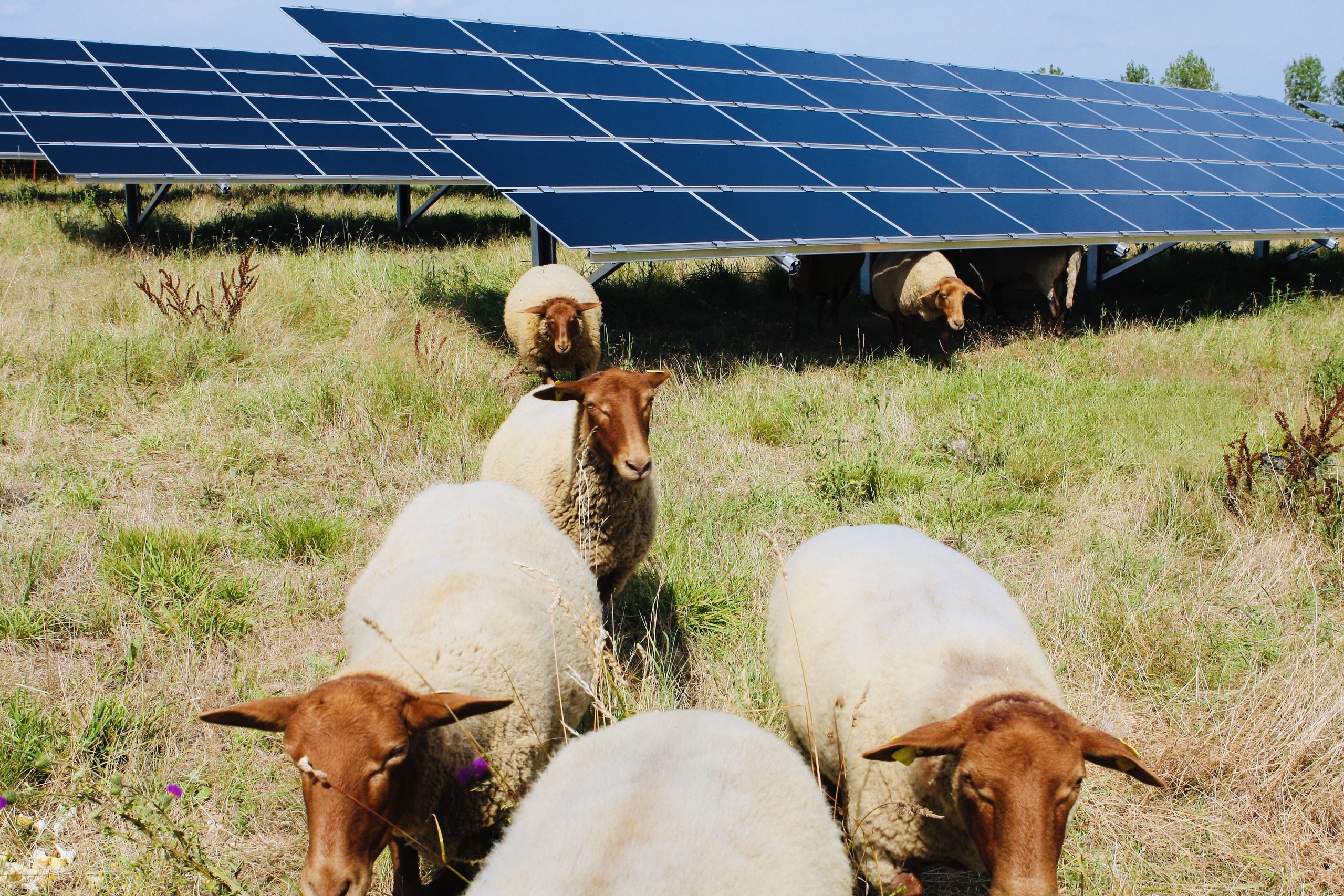 When juwi was founded in 1996, there were no wind turbines in the central area of ​​Germany; these only existed on the North Sea, in the Netherlands or Denmark. Thus, Fred Jung and Matthias Willenbacher, who still were students at the time, came up with the idea to set up a wind turbine inland. Within two to three years, the two-man operation had transformed into more than 50 employees to the present-day juwi group with around 1,000 employees worldwide.

The vision of the juwi group is using 100% renewable energy in power production.

The renewable energy projects implemented by juwi will help reduce the burning of fossil fuels and reduce the impact on the environment. "When we spare the people harmful exhaust gases from burning coal and gas or irradiation from generating electricity in nuclear power plants, by achieving it through wind and sun, we also promote the health of the people," explained Michael Löhr. juwi expects to have a share of around 40% of renewable energy in Germany by 2019.

juwi has received awards for sustainability, including the Clean Tech Media Award and the Deutscher Klimaschutzpreis.

Insurance companies invest in renewable energies in order to get a safe and sustainable return at the same time. Investment in sustainable assets is much less risky and offers a safer return in the long run. "With an investment in a wind farm or in a solar park, you can also achieve a return that enables you to serve customers/employees," said Michael Löhr.

juwi cares about sustainability within the company to protect the environment and the climate. "We have the most efficient office building in the world, where more energy is produced than consumed," said Michael Löhr. The use of electric vehicles or the company catering, which cooks with regional and seasonal ingredients, is also an important point.

juwi has leased part of the office building in Wörrstadt to others. Now it is possible for external companies to enjoy the highly efficient design and use infrastructure on the campus site. The windows and walls are designed with high insulation values, and there are cooling and heating circuits in the buildings, combined heat and power in the energy station, or 13,000 square meters of façade, roof, and carport areas designed with photovoltaic modules.

With sustainable office buildings, juwi could awaken the interest of external enterprises.

Climate change can only be stopped if the emission of greenhouse gases is reduced. Whether in traffic or by generating electricity, renewable energy offers the right solution because it only generates minimal CO2 emissions. It gives society a chance to slow down climate change. "Of course we are in the difficult situation that of course we cannot do it alone, but that there is still, for example, the traffic, where we actually have no direct influence, but where, of course, a lot of climate-damaging energy is produced, so to speak."

For renewable energy, in this case specifically for wind and solar energy, there are strict government rules. So when building a windmill, juwi pays attention to how densely populated a country is. Furthermore, a wind farm or solar park can only be set up if "human beings, the environment, the fauna, the flora, nature, [if] they are not affected, so to speak", said Michael Löhr.

Furthermore, it is a sign of sustainability that instead of mowing the solar park in Wörrstadt with a tractor, there are sheep on the site that keep the grass short so that no shade is thrown on the solar panels.

The juwi group (juwi) was founded in 1996 by Fred Jung (ju) and Matthias Willenbacher (wi), two young students. Headquartered in Wörrstadt, Rhineland-Palatinate (Germany), it is considered a pioneer and specialist in renewable energy.

It combines technical know-how, local expertise, international reach, and experience in the realization of energy projects. "We are active on all continents, and our goal and vision is 100% renewable energy in power production, both in Germany and worldwide," said press spokesman Michael Löhr.