Who wants to be a Social Millionaire?

Since its conception, the mining industry has been a catalyst for conflict as the resources they provide are used by opposing sides to fund their cause. Headlines such as “Seven dead in clash at African Barrick mine”, “Mexican Workers at Canadian Mines Are Under Constant Threat of Cartel Kidnappings, Killings”, and “Militia violence shutters Banro gold mine in east Congo” are increasingly becoming more common. How can a mining company successfully operate in an area riddled with conflict? How can they mitigate the conflict and reduce the violence? Michael Proulx’s consulting company, Anagnorisis, aims to answers these questions and in doing so encourages companies to positively impact lives in the communities that they operate in. He wants his clients to positively impact over a million lives, to earn themselves the title “Social Millionaires.”

Anagnorisis, was founded in 2016 with the purpose to help extractive companies align their operations so that they are consistent with their corporate mission/values and broader societal goals and expectations of leaving a positive and enduring impact. The firm focuses on assessing a company’s ability to be conflict sensitive and the steps they can take to improve their sensitivity. As defined by the NGO, Swiss Peace, Conflict Sensitivity is the “ability of an organization to understand the context in which it is operating in, in particular to understand intergroup tensions and the divisive issues with a potential for conflict, and the connecting issues with the potential to mitigate conflict and strengthen social cohesion.”

Mining companies often operate in countries that are fraught with conflict including the Democratic Republic of Congo, Mexico, and Myanmar. Small companies often feel they don’t have the time to deal with conflict risk and that it is not pertinent to their operations. “They feel there is nothing they can do about the conflict and that they just need to operate the mine the best they can.” Michael knows that there are numerous ways that mining companies can operate to reduce violence and increase peace in the surrounding region and he consults companies to achieve these goals.

The goal is to prevent a tragedy from occurring but, when an incident does occur, Michael is able to quantify the financial and societal impact. He overlays the event with the share price and sees how it affects a company’s reputation. He figures out how a company has missed the event and how it can be prevented in the future. He conducts a conflict risk impact in sensitivity assessment, a survey of the company at three levels; the front line, management, and board level. He does this to get a sense of where the company is on its overall awareness. He runs a gap analysis between the three levels to see where there is a lack of information flow. “There are certain organizational structures that have risks inherently built into them.” He consults firms to change these structures, so that a tragedy can be prevented in the future. 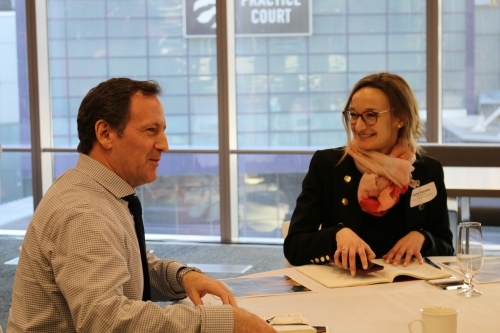 The inspiration for the company has existed in Michael’s mind since high school but due to the nature of life, he took a different path. He worked at CIBC within their Worlds Market division, his job involved political risks within capital markets which lead him to pursue a Masters in Global Affairs from the Munk School of Global Affairs and Public Policy at the University of Toronto. Michael interned with the NGO, Swiss Peace, where he built a business case for conflict sensitivity due diligence. He asked questions like, “Is the company aware of who is fighting? Can I identify aspects of financial operations of the company that are impacted by conflict?” This internship led him to start his own consulting firm, Anagnorisis. Named after the literary device where a startling discovery produces a change from ignorance to knowledge. He embodies this philosophy through his work as he tries to change people’s perspective on conflict while empowering them to mitigate the violence around their mining operations.

Michael is able to remain inspired when faced with the negativity associated with his cases due to his underlying belief that that these stories can have an alternative ending. He says that he “Can’t change the ending of what happened before but can change the ending going forward. If I might be able to change things so that it changes one person’s life, then that’s the inspiration. And that’s the reason to drive it.”

The United Nations Sustainable and Development Goals are at the heart of Michael’s firm. His work laptop even has a sticker that showcases goal 17: partnership for the goals. “Goal 17 seeks to strengthen global partnerships to support and achieve the ambitious targets of the 2030 Agenda, bringing together national governments, the international community, civil society, the private sector and other actors.” Michael knows that in order for peace to be achieved all of these partnerships need to be built.

His firm focuses on one goal in particular: Peace, Justice, and Strong Institutions (Goal 16). Michael quotes the British Army Axiom, “The more you sweat in peace, the less you bleed in combat.” Conflict sensitivity and mitigation is expensive for companies, but it costs less than the violence that can result if the due diligence is not applied. In search for resolutions to conflict, other development goals such as “Clean Water and Sanitation”, “Quality Education”, and “Decent Work and Economic Growth” may be impacted, as mining companies work with communities to see what they need.

“If you prevent a conflict from happening what is the benefit?” It is difficult to measure the impact of an event that has never occurred, but studies have shown “that conflict can result in a 3% hit to GDP for the country that experiences it and their neighbouring countries and that countries never get back to the same economic level after the sensation of hostilities.”

Michael likens conflict sensitivity to a popular business concept, the value chain, except he describes it as the conflict de-value chain. “Everyone is worried about the value chain but there is a conflict de-value chain. Think of the chain and the rendering of the links. Conflict separates the links. As soon as you deal with it at the company level, you start to see those links get repaired.” He emphasises that a business that engages in conflict sensitivity will see an improved performance, reduced costs, and less supply chain disruptions thus increasing their overall value.

Michael discusses an unfortunate incident in which a mining company in Guerrero, Mexico ignored his advice to do a conflict risk assessment and to engage with the community. A week after meeting with this mining company, there was a shooting at the gate of their mine where two people were killed. The community went on strike and the mining operations were suspended, costing $2 million a day. The company lost production for 80 days resulting in a loss of $160 million. The company’s share price dropped from $11.20 to $7.50. If the company had engaged in conflict sensitivity, they might have prevented this large loss in profit.

The benefits for a community are numerous when a company engages in conflict sensitivity. They see improvement in health and safety, their community becomes more resilient, and there are improved employment opportunities. When a company seeks to understand the source of conflict in the region, they can then take steps to mitigate it, and will help to usher in peace. There will be a decrease in labour disputes, protests, and violence from those who seek to control the mine.

Violence often arises when a militia group is in close proximity to a mine in a country with political unrest. When Michael is faced with this situation, he asks “Why is the militia there?” He says that “sometimes it is due to corruption within the government and that the public goods are not being equally distributed. They are upset that a gold mine is present but there is no running water or electricity in the neighbouring town.” In this situation, Michael suggests that the conflict and violence can be mitigated by provisioning some of the public goods back to the community. “A company can work out a deal that instead of paying taxes to a potentially corrupt government the company will provision goods directly into the community by building infrastructure.” The community will improve, and the source of conflict has been potentially mitigated.

Michael’s personal mantra is a quote from the Dhali Lama: “Just as ripples spread out when a single pebble is dropped into water, the actions of individuals can have far-reaching effects.” Michael wants the firms he advises to be these pebbles, and to spread the positive change wherever they operate. Firm’s should no longer seek out only financial gains, but societal gains as well. Any mining company can have a million dollars in profit, but few can claim that they have positively impacted a million lives thus earning the title social millionaires. 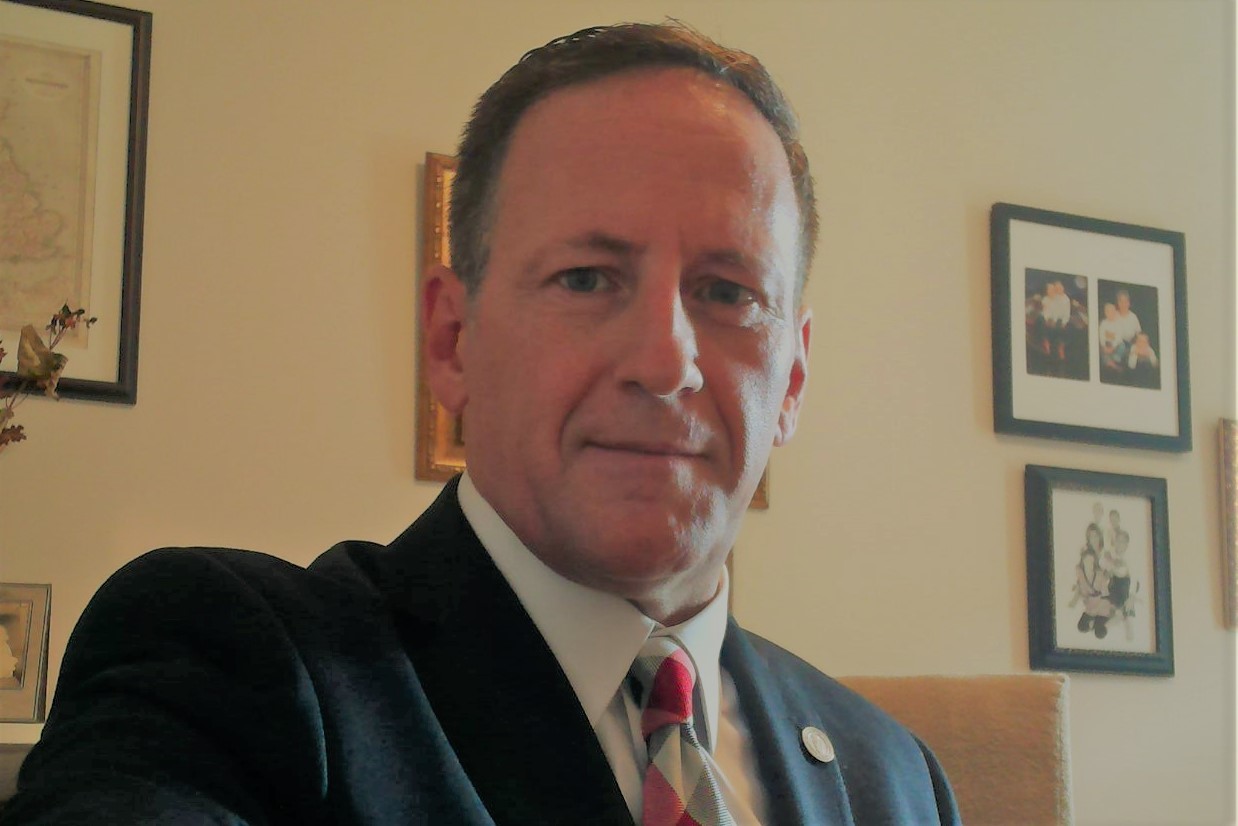 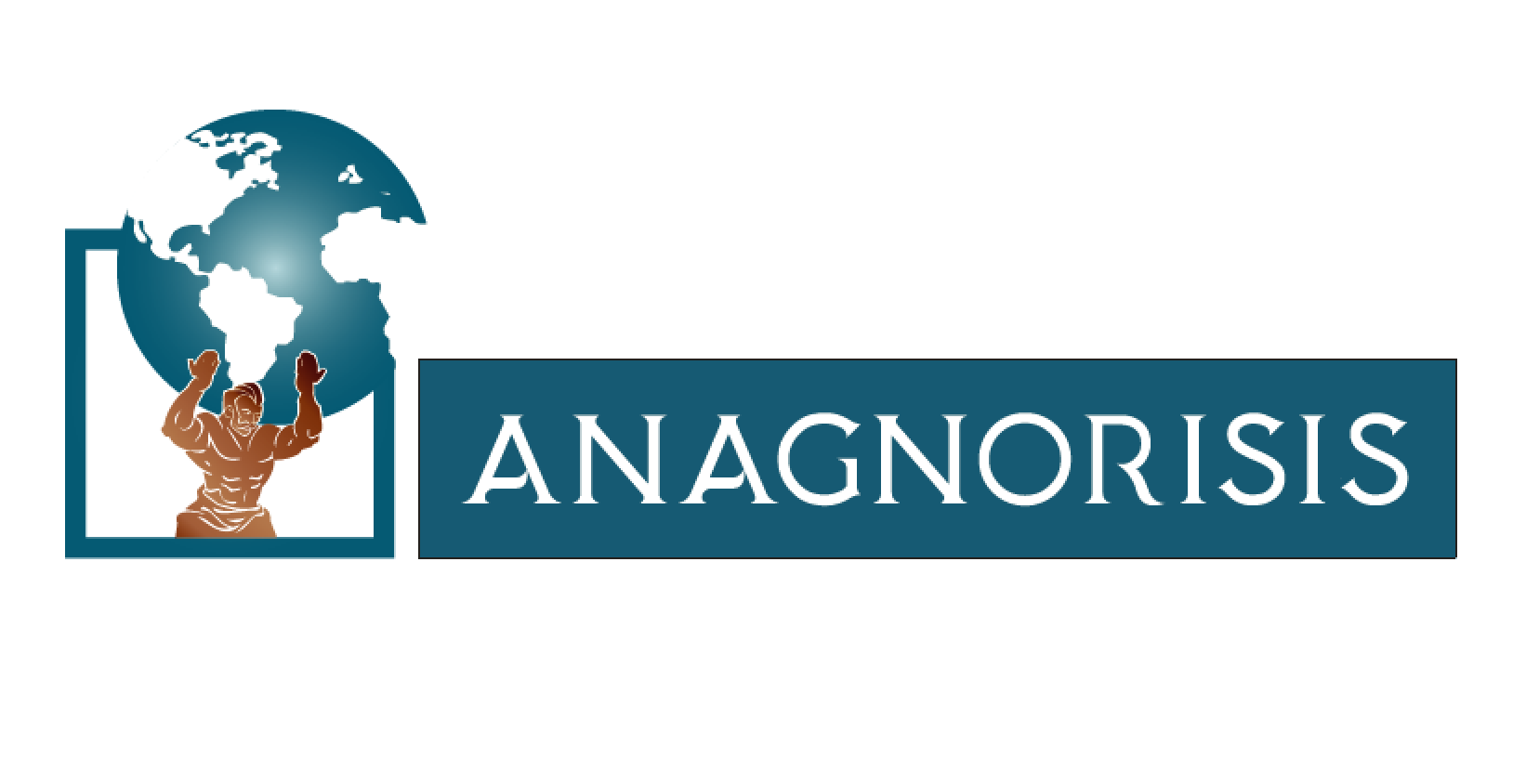 Since its conception, the mining industry has been a catalyst for conflict as the resources they provide are used by opposing sides to fund their cause. Headlines such as “Seven dead in clash at African Barrick mine”, “Mexican Workers at Canadian Mines Are Under Constant Threat of Cartel Kidnappings, Killings”, and “Militia violence shutters Banro gold mine in east Congo” are increasingly becoming more common. How can a mining company successfully operate in an area riddled with conflict? How can they mitigate the conflict and reduce the violence? Michael Proulx’s consulting company, Anagnorisis, aims to answers these questions and in doing so encourages companies to positively impact lives in the communities that they operate in. He wants his clients to positively impact over a million lives, to earn themselves the title “Social Millionaires.”