Wheels for the Planet: Spain for the World

An outstanding feature in the Deja Tu Huella Challenge is the citizen registry of mobility activities where the exact CO2 savings, money saved and calories consumed are recorded. All of this is accounted for with the support of companies when there is active mobility.

Ciclogreen inspires and extends its support to companies, municipalities and universities to promote sustainable mobility and to pursue the reduction of CO2 emissions.

Deja Tu Huella Challenge seeks to reduce the carbon footprint associated with traveling within the Community of Madrid. Some rewards such as electric scooters, backpacks, diaries, gym vouchers, among others, are part of a dynamic of attractive incentives. In the case of active mobility, your calories and unspent money add up to points counted by the companies based on the record of your activities in the mobile app.

This application is easy to be found on the App Store and Play Store completely free and for everyone.

All you need to do is move and transport yourself from one place to another in a sustainable way, that is, avoid using your own cars and opt for other more environmentally friendly methods of mobility and that carbon emissions into the atmosphere such as vehicular traffic decrease. 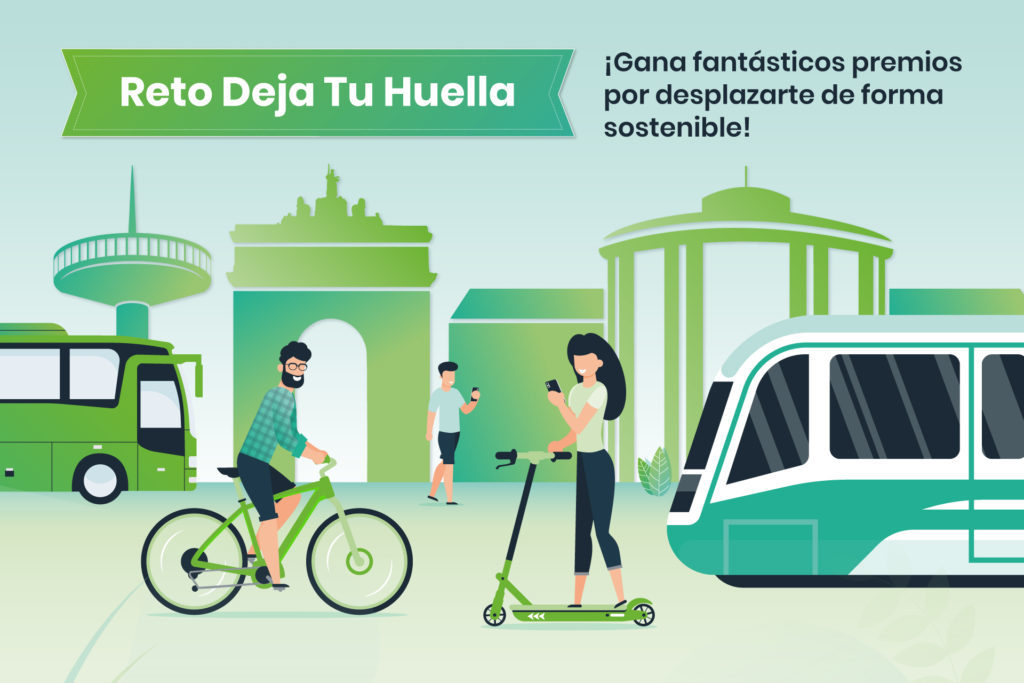 Today, renewable energies are in the spotlight around the world in an era where the legacy of coal and oil are negatively impossible to ignore. Innovating in projects like these is not only remarkable for meeting the goals of an agenda, they make us walk to a more sustainable horizon.

Perhaps this is just a small step for those companies that want to venture into the different types of sustainable development goals, but it is up to us and the other generations that this type of information is disseminated to everyone so that more of these projects can be known.

Initiatives such as Ciclogreen are great because they are simple to understand and their incentive dynamics are interesting.

As of today, Ciclogreen has been in the market for 5 years, full of environmental strategies aimed at universities and companies, which will surely begin to receive legislative support and recognition for their social impact derived from sustainable mobility.

Experiences like this position them advantageously towards the evolution of the market and its needs. Tools related to the same impact are emerging, although very few manage to quantify and reduce the carbon footprint as Ciclogreen does by promoting sustainable mobility and health culture through its incentives.

They have actively collaborated in the improvement of air quality due to the decrease in the number of private vehicles in circulation. This translates into an improvement in the quality of life in cities. As a result of their innovative idea, they currently have close to 70,000 users who have traveled 11 million kilometers in a sustainable way, reaching a figure of 2 million kg of CO2 not emitted into the atmosphere.

The origins of this organization date back to 2016, where the current CEO and founder Gregorio Magno Toral lay in Australia resting from his responsibilities after finishing his doctoral thesis. It was there that inspiration struck a singular concept of its kind and germinated the company we now call Ciclogreen.

With a central base in the municipality of Seville, Spain, in the midst of colossal cities and a technological society, this company emerges whose purpose is based on promoting sustainable commuting among employees.

How is it possible to achieve such a goal? Ciclogreen is assisted by an online program of incentives, challenges and rewards, which not only allows the company to obtain data on CO2 emissions reduction, but also rewards those commuting to work that are carried out by other means: carpooling, public transport, cycling, walking, even electric scooters.

Despite this, having a digitization-based society continues to be a challenge for companies like Ciclogreen, where in the quest for independence they had to develop their own mobile application.

Due to the various problems they had to raise enough funds to carry out the projects they were developing, the CEO himself commented that they had quite a few problems to get the resources. Initially, he could not afford to ask for a loan directly from the bank or from investors of greater impetus, so, in collaboration with the other members of the project, they took on the task of raising funds (crowdfunding) at a virtual and physical level to obtain the necessary resources for the mobile application.

Despite the shaky beginnings, the fundraising was a success for the company, so the development of the project was successfully carried out.

"To go from not having a salary to being able to give work to 10 people or to see how what was a project becomes a service that solves a problem of large companies, is something fantastic"... said its CEO when commenting on all the emotional moments that happened at the time of bringing their project to light.

That motivating and hopeful beginning gave rise to the institution's transcendental innovation: "Leave your footprint" Challenge. Its driving force is to minimize the carbon footprint associated with commuting in Moncloa, Madrid; this task follows a simple logic: register your commute in a sustainable way in the Ciclogreen application and thus, win attractive and interesting prizes such as gym vouchers, backpacks, agendas, transportation vouchers or electronic skateboards. In this way, 44% of transport-related emissions can be reduced.

Inclusive, safe, resilient and sustainable cities and human settlements" these words headline Ciclogreen's mission, fervent in taking urgent action to combat climate change and its consequences. As such, the vision and objectives are closely linked to the Sustainable Development Goals.

Among the services that Ciclogreen offers and where the innovative incentive program is applied, is the mobile application focused on universities to promote sustainable campuses, sustainable mobility and health culture, as well as education and awareness for sustainability. Mobile application for companies that seeks to reduce the carbon footprint along with its car sharing platform and control panel. Finally, they are also committed to smart cities or "Smart City" where they use Big Data to study mobility, plan sustainable urban mobility and create traffic prediction maps.

Continuing with the line of global challenges, the climate emergency is a topic in question that must be managed with essential relevance and take action on the matter. Being part of this movement, Ciclogreen is aligned with the Sustainable Development Goals, ranked 11 and 13, related to sustainable cities and settlements, as well as urgent measures to combat climate change, the institution through its global and local initiatives, favors the involvement of companies, universities and cities with such awareness and promotion of culture and sustainable mobility. 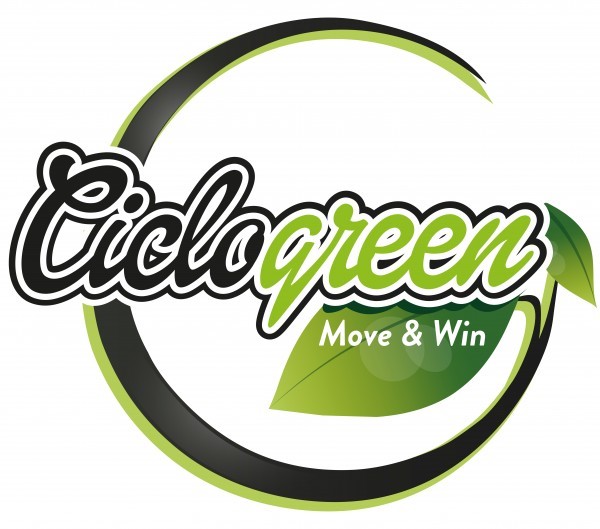 Make cities and human settlements inclusive, safe, resilient and sustainable, as well as take urgent action to combat climate change and its effects, through the reduction of the carbon footprint by promoting sustainable mobility.