A story about an innovation called “Polycrete”; works by turning industrial plastic waste into materials for construction purposes. This material was specifically made to substitute current materials sold at the market with a high carbon footprint, such as concrete or cement.

Polycrete consists of developing sustainable construction materials based on plastic waste; the company transforms domestic and industrial waste to create new polymeric compounds and applies them to different non-structural (100% recycled polymers) and structural (ecological concretes) building materials. The company’s unique personalized technology has a high environmental and social impact, and it consists of the following types of material:

Sustainable waterproof ceilings; these are thermoacoustic, lightweight and impact-resistant, non-flammable, and easy to install.

Finally, the ecological concrete; also waterproof, non-flammable, and 20% lighter than regular concrete with an additional 40% reduction in CO2 levels. 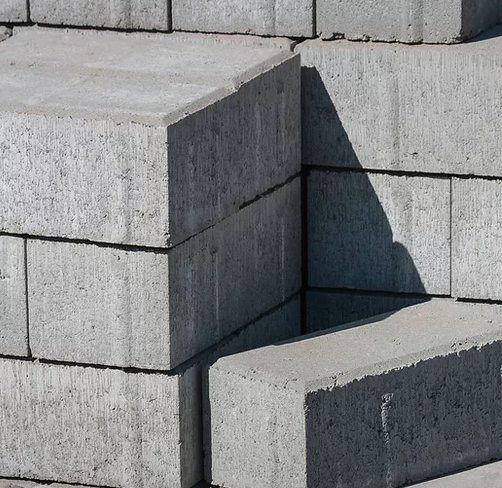 Once upon a time, a college student named Walter Mata apparently decided to study entrepreneurs; since he was a little kid, he was always fascinated by nature, so when he grew up, he became the type of person considered to be “environmentally-friendly.” The stories began during his first college course, the same one that sealed his aspirations of becoming a well-known businessman, living his dream as the owner of an eco-friendly company…

Later on, Walter heard that his city, Monterrey, became the most contaminated urban zone in Latin America, which was something quite amusing for him. He comprehended that one of the causes was the construction industry (consisted of cement companies and raw material extraction organizations, such as mines). He and his fellows connected all dots; If somehow they could substitute plastic (waste products) for construction materials acting as concrete, cement, and plaster, to mention some, they could provide a solution to this problem.

Walter had to do some serious research and needed help to do his project, so he started knocking on doors in several investigation centers to see if any specialist wanted to participate in the project. The first couple refused, but it was until the third that he got the attention he needed. The scientist offered one condition; Walter was required to collaborate with him in his thesis (a long essay that all students must do if they want to graduate from Walter’s university) for him to help, so he later had all the arrangements needed for this to happen. Later, Walter graduated from college, and thanks to his thesis, he learned all the necessary knowledge to make his dream project.

When there’s an environmental problem, everything gets affected, including humans, because the ecosystem provokes a chain reaction. To give a clear example, Monterrey nowadays has bad air quality, the same one that causes various diseases, such as cardiovascular problems, skin cancer, and many others. So this also means that there are many deaths caused by contamination. That’s why Walter created his company; to protect the planet and its inhabitants...

WAS Co builds houses for poor people and does projects like Industrial warehouses with recycled material. So the overall impact of the innovation consists of reducing air pollution in the city of Monterrey.

Walter had developed a program to ensure social and economic impact. Nowadays, Walter is in contact with companies in different countries and Mexico, and these companies are the key point to reach a good level.

Walter mentioned that its vision is to make a better planet for future generations, providing different solutions at different variables. The company's mission, on the other hand, is to build more than one million homes. WAS Co's strategy is to start applying the material on several projects in Mexico; it is known that, in about two years, they will work with companies located in Latin America and other countries around the world. Currently, Walter had international funds that raise up to five million dollars.

Right now, WAS Co had already applied for several projects, and Walter was thinking of making several constructions, like a hotel is located in Bacalar, Mexico. In fact, Walter talked about taking part in the construction of a new stadium located in Merida. Walter and his crew have a client who wants to buy 500 homes in Coahuila, Mexico, and another 150 in Galeana, located in Mexico, so this would be a big project for WAS Co and his collaborators.

WAS Co is a sustainable company. Walter did impact people's lives by creating a program where they give environmental education to people by exchanging plastic for the possibility of having a home. Walter had already impacted more than forty families and increased their income and quality of life. WAS Co is currently building a recreational park within the community to encourage families to spend time together and encourage physical activity.

They intervened with this park on more than fifteen families by elevating their incomes from 20% to 30%. And right now, the families pay for their livings with plastic bottles; the collected bottles get recycled, and as a consequence, their houses get paid for.

Right now, WAS Co recycled tons of plastic; it's important to know that 2.5 plastic tons are 125,000 bottles... and as the numbers grow, more tons of plastic will be recycled. 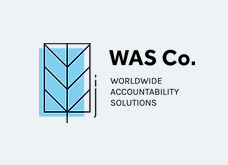 Worldwide Accountability Solutions means "Global Responsibility Solutions," as its main objective is to innovate and have high-impact solutions to social and environmental problems in Mexico and throughout the world. WAS Co is the corporate of 3 "startups" such as:

• Polycrete by WAS Co: Development of sustainable building materials based on recycled polymer compounds: ceilings or false ceilings, interior and exterior dividing panels, among others. And ecological concrete, with better mechanical and chemical properties and at a competitive price.

• MWorks by WAS Co: Empowering communities and dignifying homes with sustainable construction materials.

• Polycreate by WAS Co: Recycled products such as accessories, recognitions, interior design, even filaments for 3D printing.