Pinoa Foods’ innovative approach to food production is focused on vertical farming. Vertical farming refers to a farming technique where plants are grown on levels that are placed on top of each other, saving a significant amount of land area needed for the crops. The innovation relies on sustainable practices, saving water and land, using renewable energy, and cutting down on transportation distances. This way Pinoa Foods is contributing to many of the SDGs, such as sustainable agriculture, affordable and green energy, responsible consumption and production, and climate action.

By using energy efficient LED-lights, the plants are grown in optimal conditions at a fast pace. Vertical farming can achieve big crops in small spaces, putting otherwise unused warehouse spaces and buildings to use. It can even be done underground. The plants are grown on moss, which binds moisture and nutrients. The irrigation system provides water straight to the moss, using an optimal amount of water needed for efficient growth. Any water that is not used by the plants is collected and reused. Even evaporated water is collected from the air, maximizing sustainable water use. Remarkably, vertical farming requires 90% less water compared to traditional farming.

Pinoa Foods’ innovative approach to farming helps in addressing several SDGs by promoting sustainable agriculture, and by cutting down water consumption and farmland for bigger crops. Another major benefit is the decreased costs and emissions caused by transportation since the food can be grown locally close to the consumers. All energy used at Pinoa Foods comes from solar panels, and the deliveries are handled with electric cars. This way Pinoa Foods also contributes to the SDG of affordable and green energy, climate action, and responsible consumption and production. 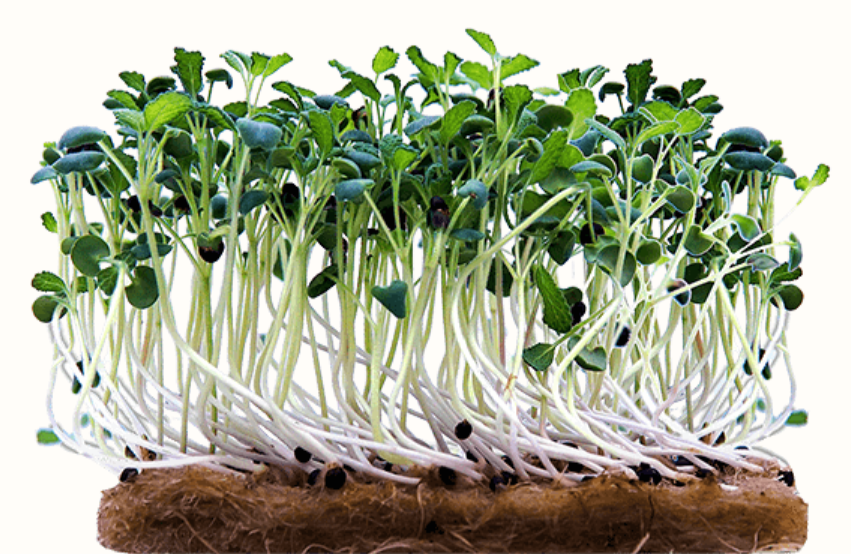 In 2018 the founders noticed that in Finnish supermarkets there was a lack of local greens in the summer due to a heatwave, and in the winter, they were struck by the extent of imported leafy greens in the stores. Hence, they felt the urge to come up with a solution that would enable access to local greens all year round. They came across the method of vertical farming and started exploring the possibility. It was important to the founders to strive to make an impact through quality products and environmentally friendly production. They were driven by the thought of contributing to making a clean and sustainable diet accessible to everyone by having production close to the end user, and doing everything transparently and without unnecessary intermediaries.

Since the water system recirculates water through all levels of plants and recirculates it back to the tanks ready to be used for the next cycle, and it collects humidity from the room, the company is able to recycle 100% of the water used. Another impact from their innovation of modifying the lighting is that by optimizing LED lights’ spectrum that simulate plants, like the sun, Pinoa Foods is able to keep only the components that help the plant grow and take out the ones that could harm them.

A long-term impact of this is being able to produce greens all year long without having to lose crops due to changes in the natural environment. This technology also has an impact on the plant's growth, it provides a reduction of time in the growing cycles of the plants. The plants tend to have the ideal size in a range of 7 to 10 days, depending on the type of plant. Short-term effect of the innovation enables always fresh products for restaurants and consumers all-year around. As a general long-term effect, there is a possibility of expanding and adapting the innovation to be able to produce more than micro greens, such as certain fruits and vegetables.

Pinoa Foods operates in economy of scale where increasing the capacity decreases the prices. Currently, their innovation has allowed them to produce around 500 kilograms of micro greens and baby herbs per week, and sell them in 300 stores around Finland.

The production costs are approximately 10 per cent higher compared to competitors that operate in a traditional greenhouse on a one level. If Pinoa Foods would operate in a same scale as rivals, Holmborg estimates their products would be 5 per cent cheaper compared to competitors. In fact, due to the company’s innovation they are now facing new opportunities such as a merger. The merger will allow Pinoa Foods to expand their production and increase their market share. The company assesses that within a couple of years, the scalability has made better margins compared to its rivals.

The company’s aim is to drive micro greens towards a generic product and compete with the price point to expand competition to other categories, too. “Our goal is to make the product as generic and affordable as an iceberg lettuce,” Holmborg sums.

In the near future, the urbanization of the capital city Helsinki may force factories and traditional greenhouses further from consumers, increasing the CO2 emissions and raising the price of products due to transport charges. Urban farming and new production methods like vertical farming make it possible to transform the way food travels from the producers to the end user. The production is unaffected by seasonal changes, making the products available all year round. Even the fact that the optimized growing conditions make the crops grow in faster cycles makes the method efficient and thus promotes continuous access. The possibility to place production indoors is revolutionary in itself, but it also enables transportation distances to become shorter when the plantations can be positioned in unconventional facilities and locations. Shorter distances benefit the end user by ensuring fresher products as well as the business and the environment by cutting transportation costs in all forms.

Vertical farming utilizes space more effectively than traditional farming, as the same amount of square footage can be multiplied through layers upon layers of crops, making the production significantly more environmentally friendly. Even the harmful effects of traditional farming like topsoil depletion and erosion can be avoided. As the water usage in the production system at Pinoa Foods is significantly less and more efficient than in traditional farming, the method is cost-effective and promotes sustainability. The company has chosen to produce its own electricity through solar panels, which is highly beneficial to the environment since all greenhouse gas emissions can be avoided. The environmental benefits of vertical farming can be considered profound, as the system consumes less water, CO2, fertilizers and chemicals. If vertical farming was widely adopted and eventually partly replaced traditional agriculture, many cities and communities could become more climate friendly and cost-effective and help contribute to a more sustainable world. 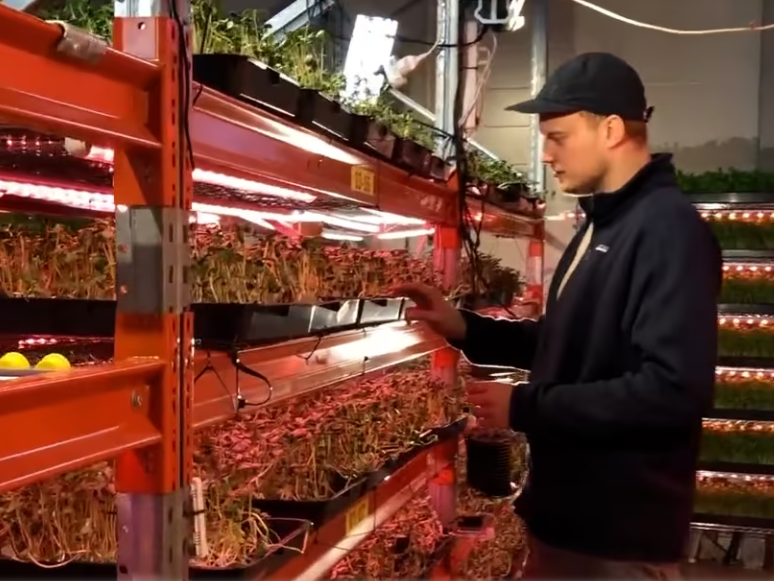 Pinoa Foods is a business centered around urban farming, providing fresh microgreens and herbs to people in the greater Helsinki area and all-around Finland. The founders behind the innovative business were motivated to produce greens locally in a city environment, decreasing the environmental impact of transporting freshly grown greens from farm areas to cities.