Junk Not offers three main services. The first of which is manufacturing roped plastic furniture from upcycled plastic waste (SDG 12: Sustainable Production & Consumption). The second is community empowerment. The plastic waste is not only collected but twined by local communities to provide them with livelihood opportunities (SDG 8: Decent Work & Economic Growth). Lastly, Junk Not aims to promote green living by recycling and sourcing local materials as well as teaching locals sustainable lifestyle practices (SDG 11: Sustainable Cities and Communities).

Junk Not’s innovative process begins by partnering with local communities to collect plastic waste from nearby areas. Consequently boosting the quality of their environment and raising awareness about proper waste segregation and management. The plastic waste collected is then twined by the community and is purchased by Junk Not and sent to Wilhelmina’s furniture shop, where the furniture is manufactured and then sold.

Junk Not furniture is made of plastic waste interwoven into rope. For example, the “Anak ng Tupa” chair is dedicated to the sheep that died in her family’s farm from eating plastic waste while grazing. In hopes of protecting animals from these toxic materials, the chair is manufactured from a combination of metal frames, wooden legs, and a total of 15 kilos of roped plastics from food packaging.

Because the idea was so unorthodox, Wilhelmina almost gave up because nobody bought her chairs. Everyone questioned their durability which led her to carry out tensile and compression tests to prove to everyone and herself that they are in fact durable. And after some international and local exhibitions of her work, Junk Not was able to enter the market.

Since its foundation, Wilhelmina has been the sole manager of Junk Not, leading the business while relying on the local communities as allies. However, in 2019, Wilhelmina transitioned into a corporation to fast-track the firm’s social and environmental impacts. By delegating tasks and hiring project managers and a new designer, Wilhelmina plans to expand her business solution to three more communities next year. 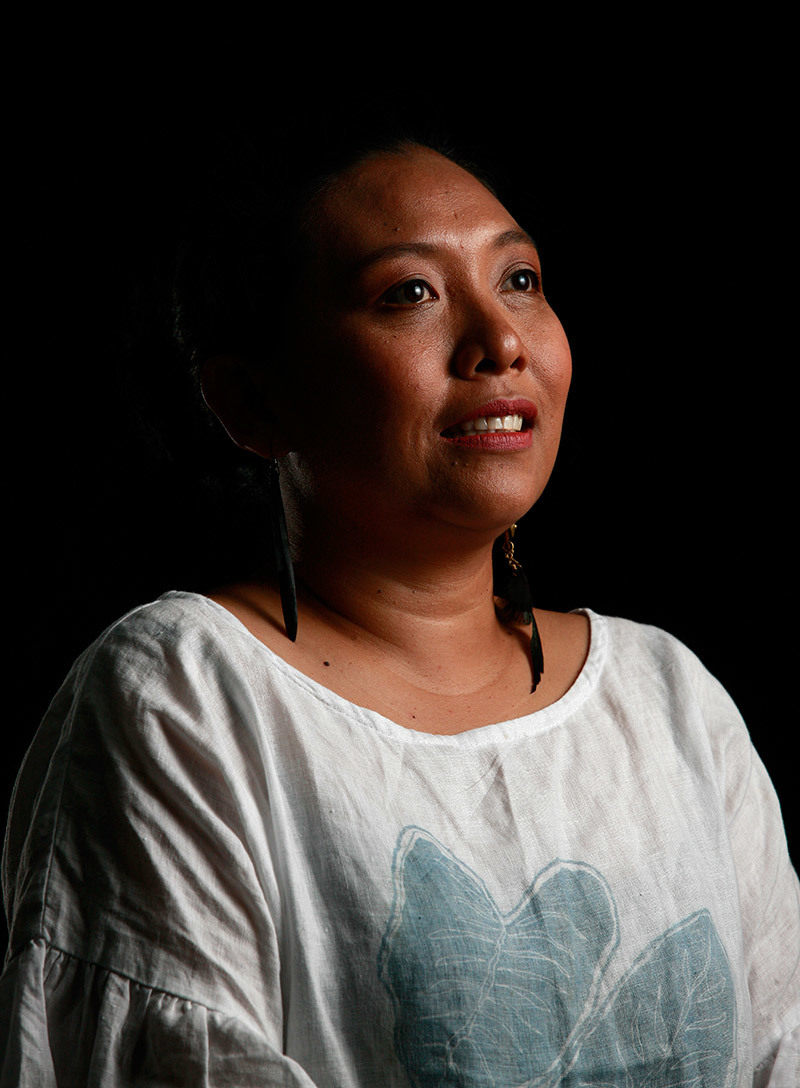 Wilhelmina has always been exposed to the environmentalist lifestyle, “I am from a family of environmentalists; we live on a farm”, she explained. After organizing a coastal cleanup with her sister, a conservationist, she quickly realized that she had no solution for plastic waste. Throughout her career, Wilhelmina created numerous pieces using other recycled materials, such as making lamps out of bottles, weaving newspapers, and refurbishing old pieces. Though she was unfamiliar with a practical way to up-cycle plastic waste. This experience sparked her interest to start experimenting with plastic.

Originally, she decided to create bags, an idea inspired by several other firms. However, this project was unsuccessful and unsustainable. She explained, “I am not a fashion designer, I am an interior designer, so I realized after 10 years I spent so much money, resources, and time for not profiting on bags”. Undeterred by this outcome, Wilhelmina decided to start anew and change her entire business model. She started to experiment with furniture made of recycled plastic and would display them in her brother's restaurant during the trial phase. The furniture was a success.

Nonetheless, the process of collecting, twining, and manufacturing the furniture was too much for one person alone. As a result, Wilhelmina decided to involve local communities in the production chain, simultaneously growing the business and creating an even greater social impact.

So far, Junk Not has trained and organized livelihood programs with 3 communities of marginalized fisherfolk, taught 77 individuals (mostly women) in making design materials, and upcycled up to 2093 kilos of waste from 2015 to 2020. And amongst all these triumphs, Wilhelmina believes that “transforming the community and their bad habits” is their greatest achievement because of how difficult it is to change the bad habits of people. In line with UN Goal 11: Sustainable Cities and Communities, Junk Not has trained the communities in Taal how to manage their household waste since 2015.

Furthermore, Junk Not provides individuals, mostly women, of the community with a degree of economic independence. The firm not only purchases their twined roped plastics but gives them back a portion of the profits as well, thus accomplishing SDG 8: Decent Work and Economic Growth.

In the long run, Wilhelmina plans to expand her innovation and business model to 3 other communities next year, 5 the following year, and more, adding up to 23 communities in the next five years. Moreover, due to demand, these projects will not be limited locally; but will also be carried out internationally. “Instead of shipping my furniture abroad, why not set up a Junk Not using the materials around that country,” she states.

Junk differentiates itself from all other initiatives by upcycling plastic waste into furniture without a melting process. Consequently decreasing production costs and increasing the firm’s profitability as well as benefiting the environment and community. Moreover, they own a utility model registered at the Intellectual Property Office of the Philippines (IPOPHL) for one of Junk Not’s chair designs. To protect Wilhelmina's designs by providing a limited exclusive right to forbid others from commercially making a profit off her designs without consent.

Although the plastic waste used to create their products are free, Junk Not pays a premium price to the community for the twinning of the plastic ropes. This is because she values their art and hard work. Wilhelmina also gives them back 5% of their profits, totaling the social cost of Junk Not to 30%. For these reasons, Junk Not’s products are priced higher than regular furniture pieces.

Wilhelmina has also set up her furniture shop using prize money from the Metro Bank Arts competition, a local visual arts and design program. The prize money she earned from this competition was used to organize her team of carpenters and painters and buy second-hand equipment such as circular saws. She was also able to create lasting relationships with metal workers who she subcontracts for the production of her furniture. All of these help to drive down the price of Junk Not furniture pieces.

In line with Junk Not’s goals to help solve the problems of “waste management and its environmental impacts and lack of livelihood in the community”, the innovation was designed to simultaneously tackle these two issues. Through partnerships with the NGO Ecowaste coalition, as well as funding from the DENR (Department of Environment and Natural Resources), Junk Not has organized cleanups and seminars in Taal. These community engagement efforts were aimed to raise awareness about proper waste segregation. Furthermore, the recycled plastic, as well as the residual waste which community members have been taught to twine, are sold to Junk Not and used to create the finished products. (Goal 12 - responsible consumption and production)

Moreover, after the Taal volcano erupted, many communities were displaced and lost their main sources of income, including tourism and fishing jobs. However, through the collection, segregation, and twining of plastic waste, communities had access to alternative opportunities to make a living. Wilhelmina claims that this provision of livelihood is a major success for Junk Not. She explains that the values they learn about proper waste management and segregation go beyond making money but also extend to their daily lives. (SDG 8 - decent work and economic growth)

Therefore, Junk Not’s practices have not only reduced the presence of plastic waste in communities but have also given impoverished individuals access to stable income and a sense of purpose. Moreover, local population well-being is uplifted by increasing living conditions and also engaging them in a prosperous and self-sustaining project. 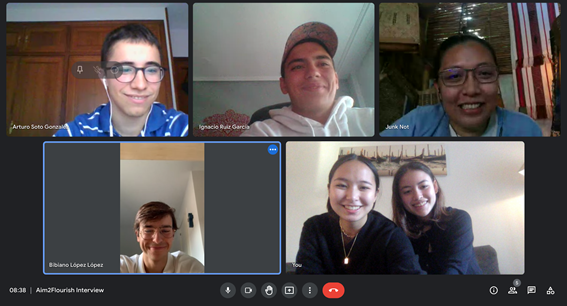 Whereas most of us forget about plastic waste, Wilhelmina “Willie” Garcia, the founder of Junk Not saw its potential. By developing a roped plastic process, she was able to lengthen the lifespan of plastic waste by transforming them into functional furniture pieces.

JunkNot involves several Filipino communities in the collection and craftsmanship of the raw materials, which are later used in the manufacturing process. Through this, local community members are not only given business and income opportunities but are also educated on sustainable lifestyle practices.