Turning Plastic into Something Fantastic!

The Plastic Flamingo, more commonly known as The Plaf, was founded to tackle marine plastic pollution by collecting and upcycling plastic waste. The Plaf aims to develop a replicable solution to fight marine plastic pollution in emerging countries, especially Asia, by having their pilot project in the Philippines. The Plaf envisions an efficient waste management network with more than 150 collection points today.

The Plastic Flamingo, also known as The Plaf, started in 2018 by creating a waste management network by partnering with universities, barangays, schools, malls, where individuals can drop off their plastic waste. The Plaf follows post-consumer plastic segregation and upcycling cycle. It starts with the accumulated waste delivered to their warehouse in Muntinlupa, where plastics are weighed, sorted, and categorized depending on their composition. As of the moment, certain types of plastics are included in the up-cycling process. As such, some other plastic waste is given to recycling partners.

The recycling process done by The Plaf is ‘Extrusion,’ where plastics are placed in an extrusion machine that molds them into the eco-lumbers. The finished products, eco-lumbers, vary in two styles: posts and planks, which are great sustainable alternatives to wood and other housing materials. The innovation of The Plaf’s plastic waste management system emerged from experiences, observations, and research. Apart from the evident plastic waste issue in the Philippines, they saw that the country was also struggling with housing problems in various communities. The whole team desired to produce an initiative that hits two birds with one stone. Hence, they created eco-lumbers made from certain types of plastic used to produce transitional shelters for populations hit by disasters or build piles and pontoons. This initiative flourished with the help of the whole Plaf team and partners. 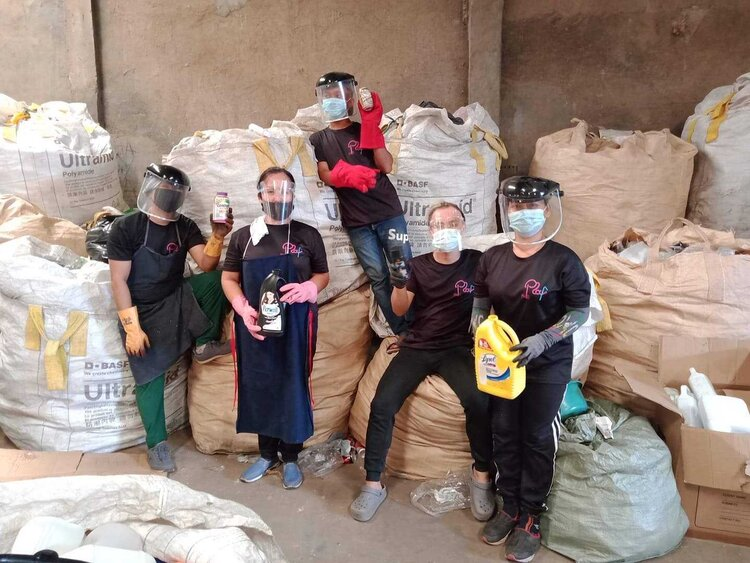 “In 2018, we decided to pull our socks up and act. We are convinced that we have all our parts to play. We can’t turn back the clock, but we can choose to change our habits. As The Plastic Flamingo, we are utopian enough to fight for a fairer world, where people can access clean water and live in clean cities. We are committed to finding a solution to tackle ocean plastic pollution.”

Fun fact! Do you know why the organization is called “The Plastic Flamingo”? Back in the ’60s, there was a trend in the United States wherein families put plastic flamingos in their garden. These serve as a garden decoration, signaling a new era in the industry. During that time, plastic was new material, and it excited many people. Mr. François Lesage, the founder of The Plaf, anchored on this idea to name his business. As he tries to tackle marine plastic pollution, Mr. Lesage wanted to create a unique brand, thus coming up with “The Plastic Flamingo.” Aside from this, anchored on the group’s interview, Ms. van der Spek also shared why the organization has chosen a flamingo as their symbol in tackling marine plastic pollution. She explained that The Plaf is unique since flamingos are not usually associated with marine animals. The organization wanted something that represents more than just the marine animals; they tried to stand out─adding a pop of color to their brand. A pink flamingo is what the founders decided as it symbolizes the following: (1) marine plastic pollution and (2) gender inequality.

Wanting to address marine plastic pollution, The Plaf was founded by Mr. François Lesage, along with his wife, Mrs. Charlotte Lesage. In the group’s interview, Ms. van der Spek shared that as the adventurous couple went on their honeymoon, they were stunned to see large amounts of plastic waste. Biking through France to Vietnam, they realized the urgency to act on this pressing issue. They noticed how diverse and beautiful the world is, but at the same time how polluted it has become. Mr. Lesage then studied which country he could help in improving plastic waste. He quit his job and persistently researched developing an efficient plastic waste management system, flexible and suitable to developing countries. Aside from this, he was also able to touch upon a recycling process to finance the collection activities. After his extensive research, Mr. Lesage brought his whole family. He moved to the Philippines to execute his vision as this country was experiencing major plastic waste problems. In August 2018, the Lesage family settled down in the Philippines and started their “The Plastic Flamingo” journey. Despite having numerous existing companies with the same purpose, process, and objectives, it existed mainly in Europe. Mr. Lesage saw that no similar organization has been established in the Philippines and perceived this as a sustainable business opportunity. He desired to help the country alleviate its plastic waste issue by implementing his waste management plans.

The Plaf's started with the primary goal of tackling marine pollution. The Plaf’s impact and reach have been amplified as they challenge social concerns and contribute to nation-building. One of the organization’s essential activity is communicating the proper use of plastic and disposal of plastic waste. By holding lectures and webinars, The Plaf can spread awareness and educate the public regarding the growing plastic problem plaguing our country and the entire world. The Plaf’s admirable persistence in educating the public has certainly paid off, as this translated to empowered individuals who are more aware and conscious of the plastic waste they consume or produce.

Apart from education, The Plaf positively impacts society by collecting over 100 tons of plastic waste. They aim to raise this number to 500 tons by 2021 and eventually to 2000 tons by 2023. And while this in itself is already impressive, these figures, when extrapolated to a broader purpose beyond just the reduction of plastic waste, become even more remarkable. Through their business innovation, The Plaf can transform plastic into sustainable and ethically-made planks, lumbers, and boards, which are then used to create and provide emergency shelters to populations in need.

Pre-pandemic, The Plaf conducted beach and coastal clean-ups. This initiative goes beyond making the beach look nice. It also addresses the mismanaged marine plastic waste in the Philippines, labeled as the third-largest contributor of ocean pollution in Asia. It annually generates 0.75 million metric tons of plastic (World Bank Group 2021). Through The Plaf’s efforts, the organization can reduce plastic waste in the Philippine oceans, ultimately allowing marine life to thrive.

Leveraging the massive reach of social media, The Plaf can spread awareness of the plastic problem more rapidly and efficiently. Apart from educating the public, The Plaf’s strong social media presence has allowed for the steady growth of the business. This can be seen from The Plaf’s growing plastic collection network, which is at 150 organizations composed of schools, universities, companies, stores, municipalities, etc. As a result of the general public’s increased consciousness on plastic consumption that has led to the growth of their collection network, The Plaf can collect more plastic, which in turn means more planks and lumbers, eventually driving profit. Moving forward, The Plaf has its eyes set on an expansion in the Visayas region, essentially making it more accessible to more Filipinos.

As The Plaf continues to grow, it can innovate and expand its line of products. Apart from focusing on selling and transforming their eco-lumbers (posts and planks), they recently designed and built their transitional shelter prototype, which they plan to roll out soon.

Through time, they continue to venture towards new designs, products, and recycling formulations. In fact, they successfully have LDPE, HDPE, PP as viable ingredients for the formulation. As they move forward, they seek new ways to implement PET and sachets/laminates to their formulation to upcycle more plastics and produce them into recycled products. Through various collection initiatives and the launching of their new product line, they have constantly profited. However, due to the confidential topic, the interviewer was not able to disclose any quantifiable information.

The Plaf proudly defines itself as a social enterprise anchored on social and environmental missions. As they recycle plastic into transitional shelters, they can positively impact Filipino communities. In partnership with several corporations, they can provide shelters for the communities in need. Locally, The Plaf continues to reach out to Local Government Units (LGUs) to help those who’ve had displaced homes through the typhoons. Through these initiatives, The Plaf can live out its mission of tackling housing backlogs in the Philippines. Undoubtedly, The Plaf is a purpose-driven organization that strives to impact its functions and principles to its stakeholders positively.

Apart from providing these shelters to populations in need, The Plaf can also generate job opportunities for Filipinos in the process. In fact, one source of income for other communities is waste collection. By stimulating this economy, the organization can help individuals through indirect employment. The Plaf also promotes women's empowerment in the workplace. They emphasize women from low-income communities to give them access to a fair and regular income, decent working conditions, and the opportunity to learn new skills. The Plaf also provides an avenue for various businesses and organizations to become plastic neutral through partnerships and various initiatives. By subscribing to The Pink Flamingo’s offers, 6 kilograms of plastic is spared from our oceans, and 1 worker is financed for a week’s salary. The Plaf’s products include eco-planks and eco-posts, which are priced at Php500 per meter. They also offer other materials that are still in the making, such as batten and cladding. As for their environmental benefit, The Plaf is committed to running their business regarding their surroundings. They collect and up-cycle plastic as their means to put an end to ocean pollution. As they put it, “We want to be part of this movement. We want to build a better world.” 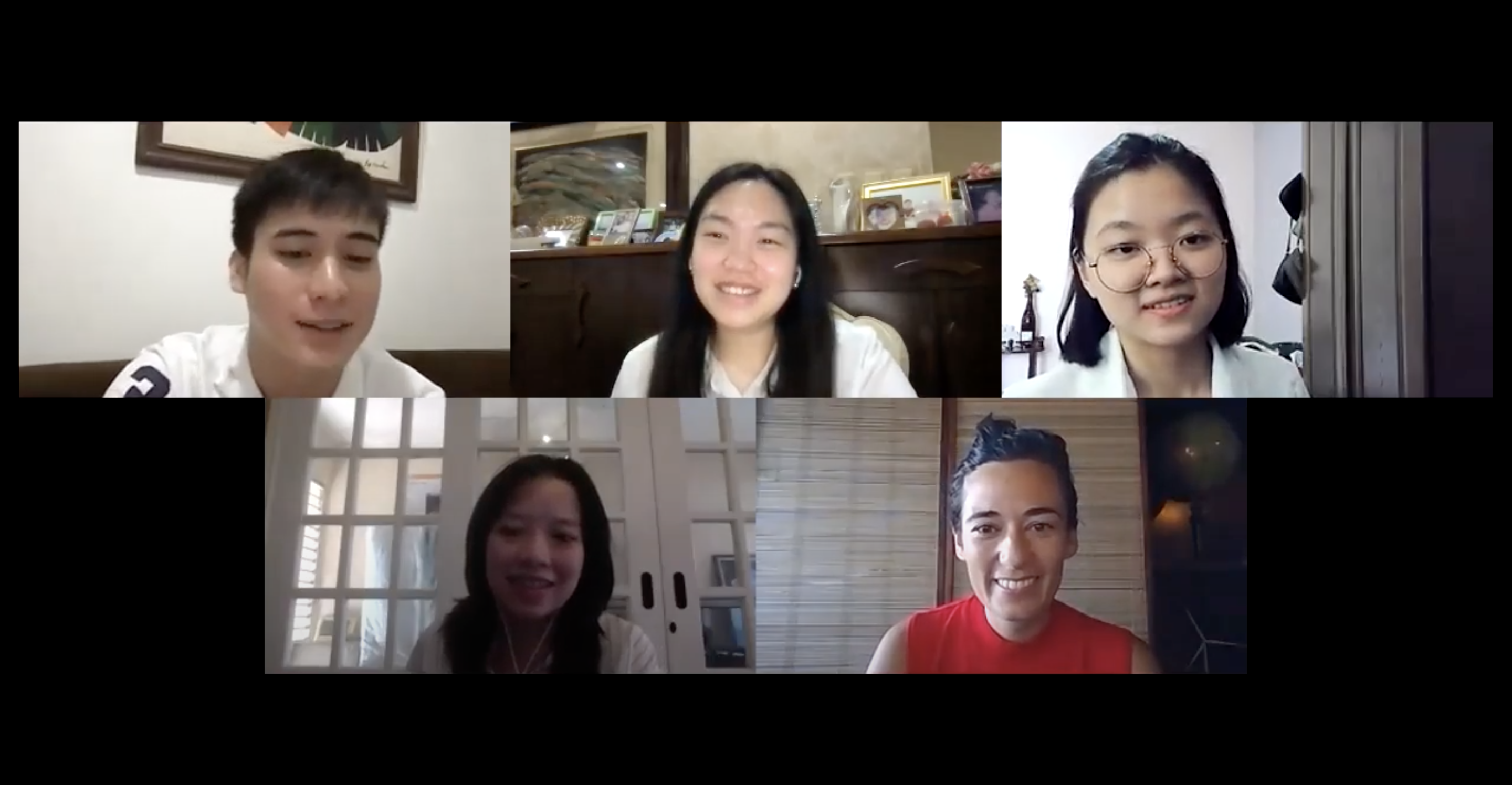 The Plastic Flamingo, or The Plaf, is a French social enterprise with a pilot project in the Philippines, specifically in Metro Manila, to tackle marine plastic pollution. The organization is deeply anchored on its vision and mission and, more importantly, its impact on society. The Plaf accumulated 41 tons of plastic, recycled 21 tons of plastic, and sensitized over a thousand people to the marine problem that plagues the Philippines. Aside from this, The Plaf also advocates for women's empowerment and inclusivity.