The main purpose of Lantmännen Agroetanol’s Agro Recycling plant is to recycle residual material such as excess bread, dough, and other food waste produced by the food industry. By further processing waste, the company is able to lower greenhouse gas emissions and make something useful out of the food waste.

When bakeries make bread and other dough-based products, the process tends to produce a lot of waste. Dough, flour and non-marketable bread end up as bio-waste. However, one man’s trash is another man’s treasure - these waste products contain starch which can be used in the production of bioethanol. A Finland-based recycling plant is contributing to clean energy and responsible consumption with their climate-friendly process of giving waste a second chance.

Lantmännen Agroetanol is the largest biorefinery in the Nordic region and part of Lantmännen, an agricultural cooperative. The Agroetanol-owned Agro Recycling plant based in Kotka, Finland began its operations in November 2018. Its purpose is to dry and chop leftover bread and other food waste from bakeries. The waste transported to the plant is placed into a machinery, which breaks it down into fine dust and dries it. The dry is then shipped to Norrköping, Sweden. At the Norrköping plant, the dry is processed into bioethanol and animal food. The bioethanol produced is used as fuel for cars in Germany, England and Denmark, and is considered a good alternative for fossil fuels as biofuels produce fewer emissions. Carbon dioxide produced during ethanol production is sold to the beverage industry as carbonic acid.

Through their business model, Lantmännen Agroetanol contributes to the SDG 7 of clean energy by increasing the share of renewable fuel in total fuel consumption. SDG 12 of responsible consumption is considered by reducing post-harvest food losses, as well as by reducing waste through recycling and reusing materials. The business also encourages companies, for example bakeries, to adopt sustainable practices to their operations. SDG 13, Climate action, is considered through Agro Recycling only using renewable energy and by having a production process that does not create CO2 emissions. This is related to SDG 15, Life on land, since Agro Recycling Plant’s production process only releases water vapor. In addition, since the protein feed product is one of the end products of AgroEtanol, there is less need for imported soy to feed livestock. Finally, the business model encourages partnership across companies through international cooperation in sourcing material and, thus, contributing to SDG 17, Partnership for the goals. 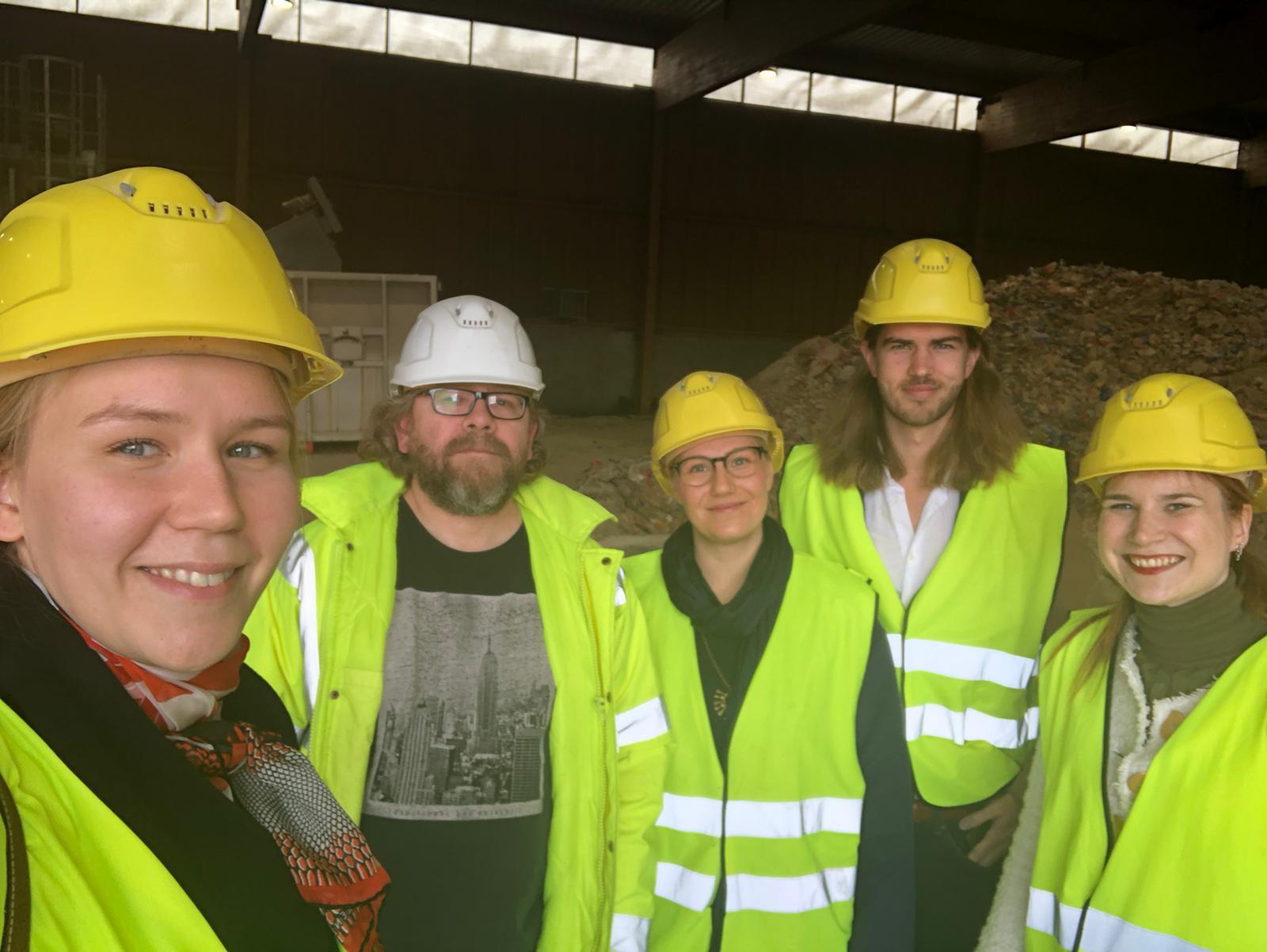 The aim of Lantmännen Agroetanol is to help find solutions for a more sustainable society – Lantmännen takes responsibility from field to fork. As the site manager, Ari Siekkinen of Agro Recycling simply phrases it: “The motivation behind all of this is to do something useful with the waste”.

As a company, employees of Lantmännen Agroetanol describes themselves as an active driving force for the rapid development of the Green Revolution. The company is working consistently with other actors in several areas of research, including the business community, universities and colleges. The ultimate goal is to make use of several raw materials and to be able to produce various products from their ethanol and protein, for example bio-based plastics and bio-based chemicals, to replace fossil oil-based products. The company's vision guiding their way forward is unambiguous: “One thing we know for sure – Green will soon replace black!”

The imminent short-term effect was the possibility for mills and bakeries in Finland to have their food waste transferred to Agro Recycling plant and, thus, they would avoid any landfill dumping costs. It is environmentally much more sustainable to utilize the full life-cycle of food and contribute to circular economy. Also, three people were hired to run the everyday processes at the recycling plant.

Since the plant’s opening less than a year ago, the site has produced over 6 million tons of material for further refining. Without this plant, all the soft dough, bread, buns, crisp bread, and other food waste would likely have been transported to landfills. Instead, the material produced is sent to a refinery in Norrköping, where it is processed into bioethanol, animal feed, and even carbonic acid (which is bottled and can be utilized in sodas, for example). The refinery is expecting an increase in tons produced, as around six months after the business started, Agro Recycling was given permission to start importing food waste from the Baltics, as well. Given the rather simple machinery of the recycling plant, hopefully we will see this business concept replicated in other countries in the near future.

According to the site manager of Agro Recycling, the company benefits local businesses, its own production process and owner Agroetanol, and also the community. As part of the Agroetanol production chain, Agro Recycling is sourcing raw material from Lantmännen production plants in Finland, as well as from other bakery businesses both locally and nationally. The raw material is primary food residue: production leftovers and waste that would otherwise be sent to landfills. Having waste transported to the Agro Recycling plant (upon agreement), local businesses primarily benefit economically due to savings in transportation fees and waste utilization fees. The saved capital can then be used for other business operations. The fees for waste handling can add up to 20,000 euros a year, a significant amount for a small business such as a bakery. Moreover, companies participating in the Agro Recycling sourcing process receive a CO2 certificate that benefits the business from the branding point of view.

In addition to that, Agro Recycling is benefiting the production of Lantmännen Agroetanol by providing 2nd generation raw material for the production of bioethanol, which is the main product produced by Agroetanol, as well as protein feed for animals, and carbonic acid. Using 2nd generation raw materials in the production process is cheaper and more sustainable compared to other sources for producing bioethanol (i.e. corn and other 1st generation materials) as they require space for cultivation, thus resulting in less forests.

Lastly, Agro Recycling operations benefit the community as less production waste goes to landfills. Turning waste into profitable products supports the idea of circular economy and zero waste, which helps the city of Kotka to strengthen their brand as a modern and innovative business hub.

When deciding the recycling plant’s location, environmental aspects were prioritized. It is located close to a harbor, so the processed organic waste is transported to Sweden via short truck ride, after which it is shipped to its destination via a sea route. The recycling plant is also located next to a power plant, from which they get all the energy for electricity and heating. Agro Recycling uses only 100% renewable energy. The manufacturing process releases approximately two square meters of hot water per hour and there is an ongoing research on how that heat could be captured and used for heating, which would make the recycling plant more self-sufficient.

The recycling plant cooperates with local students and unemployed people. Students studying logistics at a local vocational school have an opportunity to do an internship at the plant. This practice has been praised greatly because this allows students to use actual logistics machinery instead of simulators at school. The recycling plant also accepts unemployed people to take part in the plant’s processes. The unemployed get to activate themselves by helping in sorting out waste and doing other varied tasks. This happens in cooperation with the city of Kotka and by participating, the unemployed get an additional compensation on top of unemployment benefits.

The main purpose of Lantmännen Agroetanol’s Agro Recycling plant is to recycle residual material such as excess bread, dough, and other food waste produced by the food industry. By further processing waste, the company is able to lower greenhouse gas emissions and make something useful out of the food waste.