In 2010, Avaz launched the Avaz AAC for iPad, which helps children and adults with complex communication needs due to conditions such as autism, communicate. AAC app is one of the industry leaders worldwide with regular sales in US school districts and across the world. In India, it is recommended by the government for special schools.

The founder, Ajit Narayanan won the National Award for the Empowerment of Persons with Disabilities in December 2010. He was also recognized as a global young leader by MIT Technology Review which rated Avaz as the Innovation of the Year 2011.

In 2015, Avaz invented the FreeSpeech method of communication, as demonstrated in the FreeSpeech app - a revolutionary way to construct language. The founder spoke on the TED stage about FreeSpeech, and its video on TED.com has been viewed over a million times. The FreeSpeech app was also featured by Apple. Ajit spoke at Apple WWDC 2016 about this invention. "In 2017, we launched 虫虫吃单词 (ChongChongEatsWords) - an app that teaches English through picture books and storybooks to Chinese kids. Based on a bookworm called ChongChong (meaning Cute Little Worm) who loves to eat (English) words, the app is popular in the age group 3-8 in China."

The company is headquartered in Silicon Valley with a technology office in India and employees spread across the world. Investors in the company are Mumbai Angels, Dr. Aniruddha Malpani, and RTBI - IIT Madras. In the past, Invention Labs has also helped companies with technology consulting and product development, particularly in the medical domain. It has created many successful products for its clients, including innovative blood glucose monitors, a non-invasive thermometer, and low-cost infant warmers. 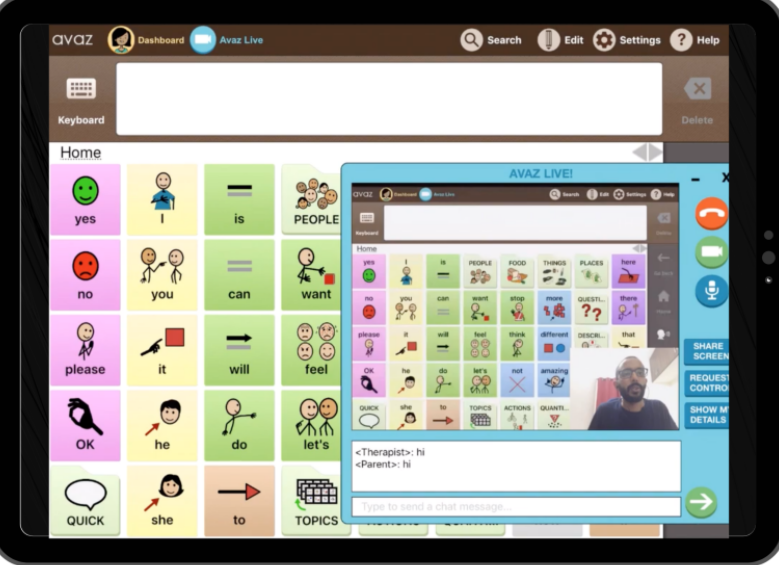 When the leader started volunteering for an organization where he was working on a robotics project with children, that is where he first came across the idea of assistive technology (anything that enables people with disabilities to work efficiently). The leader saw his friend strapped to a chair suffering from cerebral palsy, a group of disorders that affect a person's ability to move and maintain balance and posture. His friend was typing out a document using software and joystick (Nokia mobile) together. A mobile interface was being used to type out a document. "This moment was an epiphany," the CEO quotes. Further, he adds, "It was something cool, interesting, something that inspired him to achieve so much more".

Inspired by how technology empowers people he went on to pursue a master's degree in Computer Science learning about human and computer interaction, artificial intelligence, and assistive technology.

After getting the degree in 2012 he joined the Co-Founder Ajit to develop and launch prototypes for Avaz.

A very inspiring story was shared of how a girl who couldn't speak, gestured about her menstrual cramps, this is one of the many powerful stories Avaz has of lives they have touched. The innovation has touched lives of people living with disabilities. It has not only realized the pain points of people living with disabilities, they have incorporated technology so that the lives of individuals with said disabilities can improve and they can live a life close to normalcy.

Avaz has also been trying to reach in rural pockets of the country, which they are trying to do through linking with schools, where they can include their tech, which can help lives of people in those areas.

Avaz Inc. worked with the goal to provide relief to the people who were able to understand the world but unable to communicate with it effectively. In the past it took a lot a time for teachers to comprehend even simple messages but thanks to the picture-based software application, Avaz, which helps children to communicate effectively by pointing out pictures on the tablet using the software. They have evolved themselves from a paper-based picture communication book to a device that gives voice output. Initially, the product was launched in IIT Madras 2009 as an INR 30,000 communication device that helped people to cope with speech disorders. Currently, invention labs no longer market the device. Instead, the software is introduced which can be bought for Rs.5000 & runs across the mobile platforms. Besides India, Invention Labs now sells the software app for around Rs 5,000 in developed markets such as Europe, United States and Australia. In fact, the Danish and Italian version of Avaz is the only app available there to help the autistic which is quite commendable on the part of the business.

Invention Labs has received government grants and loans of about Rs 40 lakh from Department of Scientific and Industrial Research and a bank. Narayanan (CEO), who has been granted 28 patents by the US authorities, is now scouting for venture capital funding or a strategic investor. “Apart from patents, we will evaluate the company on the team, market size, differentiated technology or intellectual property,” said Sandeep Singhal, managing director of Nexus Venture Partners, which manages around $600 million.

Invention Labs is also working on other technologies which will enable personalized therapy based on data analysis. It expects to achieve revenue of Rs 12 crore in 2015 from Avaz-related products. “The key to scale is to build a strong differentiation around intellectual property and not just around price,” said Nexus’ Singhal. Avaz Inc. benefits by introducing more broad-based technology so that it could cater the needs of more people.

Avaz Inc ensures that the problem of inequality is addressed in society. They intend to use tech models in order to ensure people with disabilities (non-verbal or partially verbal) to communicate in public places. It aims to fill the gap by enabling people to claim opportunities that they previously couldn’t. It is due to Avaz’s software application due to which more kids are able to got to school & get access to education.

Avaz is also making an attempt to expand its reach in rural & semi – urban areas. It has partnered with State Government of Tamil Nadu where they can provide devices & mass distribute it to classroom centres & different districts of rural Tamil Nadu. Narayanan said, “Since it isn’t feasible now for every kid to have a device, we are trying that every school in every district has our devices & software”. Working with the Government directly also helps to bridge the access to the rural people.

Avaz is working and teaming along with the CSR partners too. Avaz’s core strength is to build a solution for disabilities. Many firms have rehabilitation programs at different geographical locations. Avaz partners with them in order to penetrate its reach to more areas. 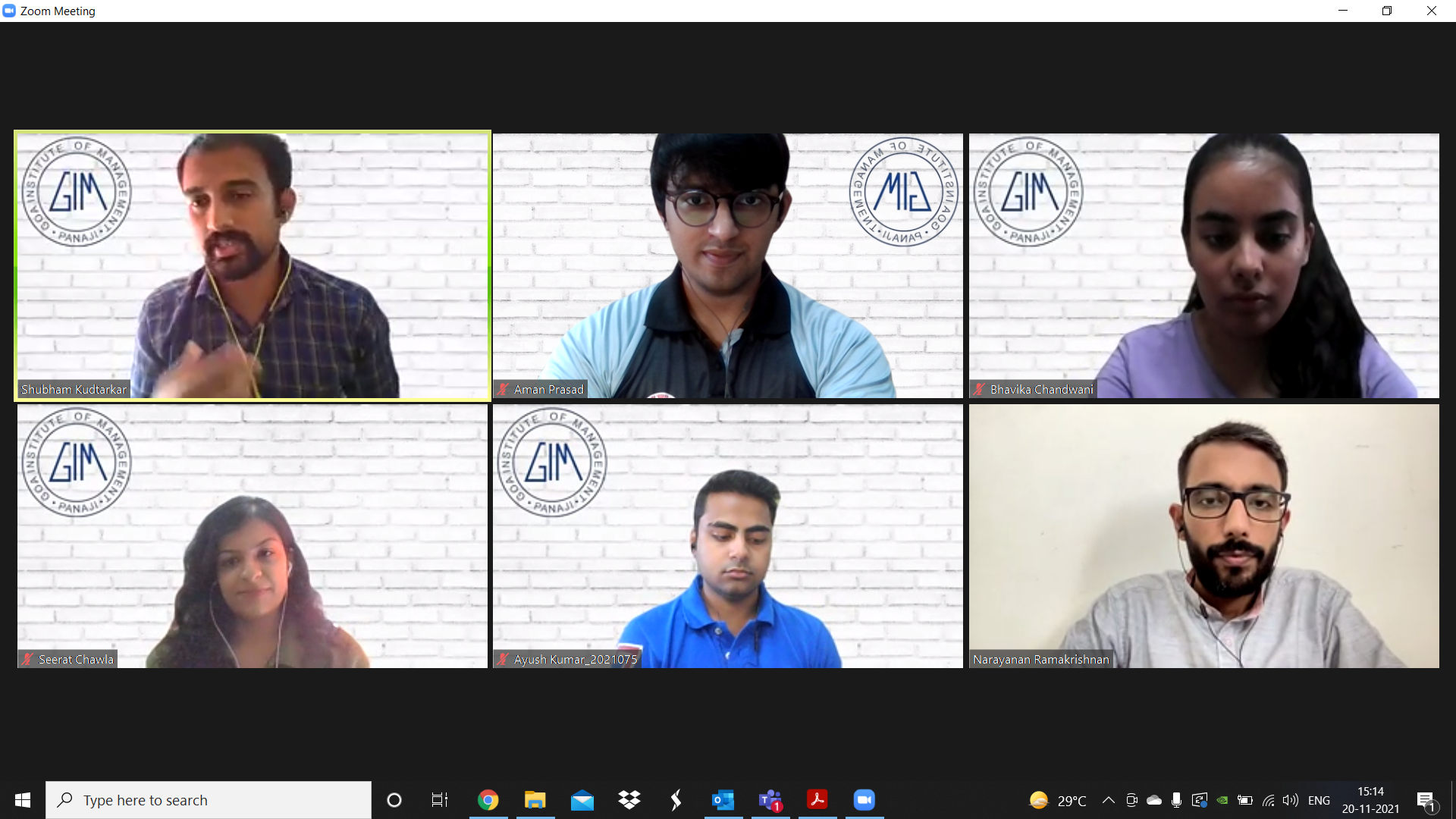 Looking at various options and working with many special needs schools, before finally building a tablet computer that would revolutionize AAC(Advanced audio coding) in India. A tablet called Avaz – meaning Voice in Hindi was launched. It was the first device of its kind in India, and as soon as it was introduced, it saw an incredible adoption amongst special educators and therapists working with autism and CP.