Fred is not the only tiny house builder, a part of a movement that has now stretched to most of the developed world. But Fred is the first tiny house builder to develop purpose-fit tiny houses for an Australian climate and a sustainable world. Fred's contribution to the movement cannot be understated in this regard, as he has turned a short-term housing fad into a long-term solution for many of Australia's sustainability challenges.

Fred’s Tiny Houses supports Do It Yourself builders to reclaim affordable housing by teaching DIY builders how to build safe, light-weight, off-grid and fossil-fuel-free tiny houses on wheels.

The support comes in many forms, including:

"I was inspired by really trying to do the whole hog. Tiny houses doesn’t necessarily mean you’re trying to live with no fossil fuels, but with my tiny houses there is no ongoing use of fossil fuels."

Fred achieves this by using an efficient rocket-stove inspired wood heater to heat the water in the winter and then utilising the suns heat to warm the water in the summer, as well as incorporating an alcohol stove, solar panels and batteries to power lights and appliances.

The second innovation relates to the various technical tweaks that are uniquely Fred's. These all relate to the idea of keeping the tiny house cool in summer instead of keeping it warm in winter. Traditionally Australian tiny house builders have adopted the North American mentality of keeping the heat in a dwelling as opposed to keeping it out. However this approach is naturally counter-intuitive in the Australian climate and amounts to large energy usage in the hot Australian summer.

"The sunshine that we get presents a problem, and my designs all include a radiant barrier in the roof and verandas to help shade the tiny house from the extreme sunshine. In a tiny house design it is really handy to be able to live in the loft but if the internal cladding is getting hot because of the roof that is just on the other side, well that is not a viable design for Australia."

Rethinking the way in which tiny houses are designed in this way means that less energy can be used to cool the tiny house over the summer. Instead Fred's method utilises the Australian weather in a way that reduces the otherwise energy intensive cooling process over the summer.

As such, Fred’s Tiny Houses has effectively innovated a method of building tiny houses on wheels that use a passive solar design to stay cool in summer without relying on thermal mass. 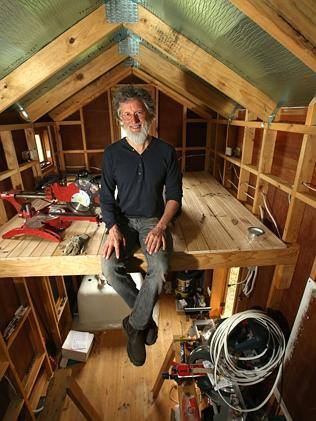 “It’s really about living in a way that’s consistent with my values… Peak oil, climate change, and just the unsustainability around the model that we have.”

A lot of Fred’s inspiration came from his environmental concerns around peak oil and climate change. However Fred was also concerned about the unsustainable consumerist lifestyle lived by so many Australians. Fred encourages others to think alternatively about the corporate lifestyle prescribed by the media.

Fred was drawn to the Tiny House movement as a potential solution to many of these societal problems.

“It values a kind of simplicity in life that leads to greater happiness. How many times do you hear the story where the person says, ‘you know the happiest we were was when we lived in that place that had nothing, it was small and it was tiny.’ Even just going camping and they’re reduced to just the essential stuff and they’re outside. People are like ‘hey this is great let’s do this again next year.’ Well why not make that your life?”

Fred admits that the tiny house lifestyle is not for everyone and may not be realistic. However for others it provides an alternative, a way out of the drudgery lived by so many in their day-to-day lives.

“I speak to many people who are in high dollar jobs but they see it’s a bad deal for them long-term and they see their job satisfaction dropping. And they think, ‘I need to get a tiny house so I can get off this treadmill’.”

“I was worried and I thought ‘what can I do?’ As I was piecing together the puzzle I thought, ‘well I could share this.’”

Originally inspired by the work of Henry David Thoreau, Fred wanted to live in a way that:

By supporting DIY builders to make their own tiny houses on wheels, Fred’s Tiny Houses is helping people all over Australia build safe-to-transport, comfortable homes that use no fossil fuels and are affordable to build.

Tiny houses on wheels provide safer housing for vulnerable or poor people than in public housing or rooming-house arrangements. This is because tiny houses on wheels can be made fully self-contained so occupants have full privacy and access to their own kitchen or bathroom facilities. Tiny houses on wheels are also transportable, so if an occupant is having difficulty with neighbours they can move to a different location without losing their housing.

Tiny Houses on wheels also contribute to making housing options more affordable for some of society’s less visible vulnerable groups, such as older women (who, conventionally as primary caregivers, have less savings and superannuation, and can be more vulnerable to housing stress), and young people who struggle to break out of the rental loop and achieve home ownership.

Fred has risen to one of the leading voices within the tiny house movement in Australia. Since the inception of Fred’s Tiny Houses he has shown hundreds of hopeful tiny house owners how to create a home that is safe and sustainable for themselves, their family and the world in the long-term. His designs and methodologies have now been incorporated into hundreds of tiny houses around the country.

Fred now operates one of the most popular tiny house workshops in the country. He has become a highly trusted figure in the movement thanks to his detailed methodical approach focused on safety and sustainability. Fred’s Tiny Houses now designs and builds tiny houses from the ground up for future tiny house owners on top of their ongoing workshops for DIYers.

He also sells licences for his unique building method the Unified Construction Method™ to other commercial tiny house builders so that they can build safe, strong tiny houses on wheels with proper insulation for summer heat. Fred gives licences to his building method to DIY builders for free, making it accessible to all.

Fred’s work has helped the tiny house movement become more applicable to the Australian climate and in a much more sustainable way. This movement has the potential to transform the way Australia and the world deals with many of its societal and environmental problems. Obviously the tiny house movement is focused around reducing carbon emissions and the unsustainable consumerist lifestyle lived by so many. But there are many less obvious applications for tiny houses. For Australians in particular having a home on wheels could reduce the damage caused to communities during fire season or to adjust to rising sea levels. Off-grid tiny houses on wheels provide a practical solution to the changing environment due to climate change. They also have the potential to solve the large homelessness problem experienced around the world.

The work of Fred’s Tiny Houses supports inclusive and sustainable urbanisation by helping people make the move to smaller housing whilst consciously using the principles of design excellence and minimalism. Fred actively encourages the choice and use of sustainable and renewable construction materials and methods.

Fred’s ability to both inspire and educate people is helping to make housing once again a conscious and informed choice, and self-design and building a real option.

Fred’s involvement as an advocate and expert on the Municipal Association of Victoria’s (MAV) Working Group on Tiny House, and as a consultant with Melbourne’s fastest growing municipality (the City of Casey) demonstrates his commitment to providing a unique voice within the city and regional planning arena, and the way he is esteemed as an honest and reasonable voice in the municipal planning realm. 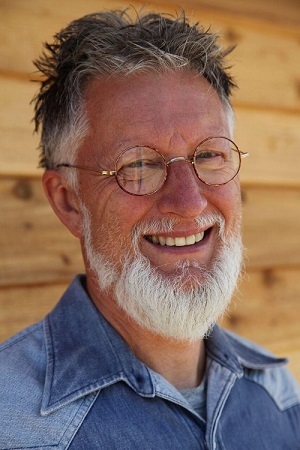 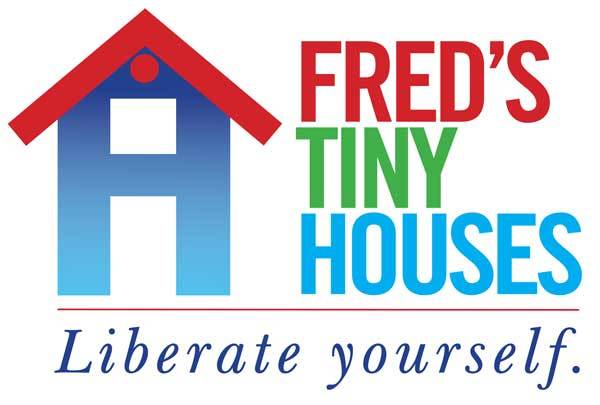 Fred's Tiny Houses builds and helps DIYers build tiny houses that are purpose fit for the Australian climate. They uniquely focus on offering a sustainable building methodology that focuses on roadworthiness, safety, efficiency and sustainability in the overall design.