Wasteout develops special tools monitoring the level of waste inside the waste containers and optimizes the whole chain of waste disposal through its integrated system. It builds optimal routes for garbage collection based on real-time information about the amount of waste at every given place. Hence the process of garbage collection becomes shorter, costs less, and requires less fuel consumption contributing to the flourishing environment in Perm.

Before 2015 the waste disposal system in Russia was extremely inefficient. The waste collection was organized according to a rigid schedule based on certain standards that did not take into account the amount of trash in particular containers or its absence. Such negligence leads to overfilled containers, on the one hand, and to tracks bypassing underfilled containers multiple times, on the other. Unnecessary trips of track drivers caused extra fuel consumption and hence CO2 emissions in the atmosphere while in case of overfilled containers waste had to decompose within the cities, waiting for the scheduled date to be collected.

Wasteout emerged as a response to these issues. The founders are Rodion Kluev from Perm, Russia, and his father. They came up with the idea of solving the problem of inefficiency described. At the moment Wasteout is a complex waste disposal optimization system that consists of 3 components. The first component is an ultrasonic sensor that is placed inside a garbage container or any other container (for the removal of secondary raw materials, for the removal of textiles, etc.). It measures the amount of waste inside and sends the relevant information to the system. The second component is the electronic platform of logistics and control, where all data is collected, aggregated, and after that, given to the user in a convenient format. This is a Statistical Analysis System (SAS), meaning that it gives full access to the relevant data to any user without functional limitations. The last component is a mobile app for truck drivers, that builds optimal routes at a given time based on the data about the trash level in each particular container in the area. Thus, the whole system accurately measures the level of waste in the area and organizes its collection in the most effective data-driven way.

The mission of the company is the digitalization of the system of waste disposal, which is fully consistent with their actions. The developed technology was new in the Russian market and grows in popularity among regional operators responsible for waste disposal. 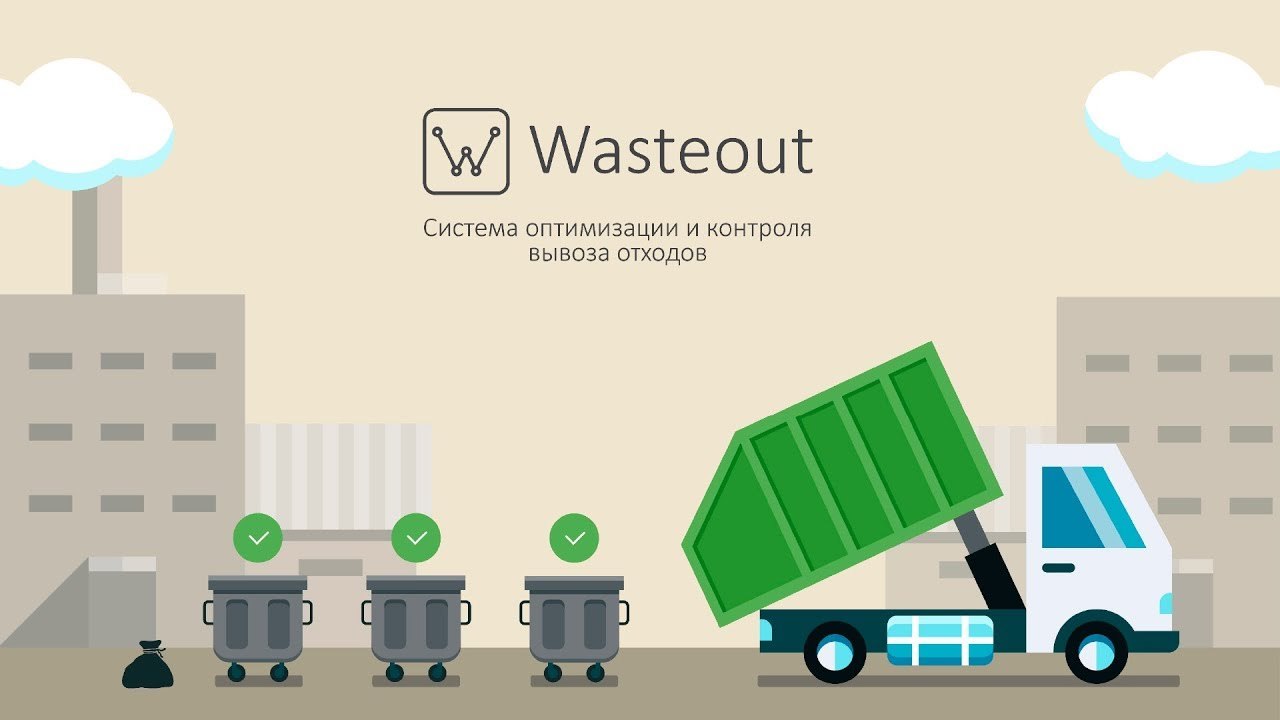 The original idea belongs to Rodion’s father Andrey. He is an engineer by training, so it isn’t surprising, having his background, to be attentive towards arising opportunities. At that time he lived in a rural area and once saw the track approaching garbage bins nearby. The bins were empty, so the driver who had to make a 30 km long trip just had a cigarette and left with nothing to pick up. Then Andrey thought “Why not to create a system that can notify sorting centers, whether containers are full or empty". Thus, the idea emerged. Together with Rodion they developed the innovation, hired technicians, and started the process. According to Rodion, the key motivation was to improve something that no one else cared about. Founders were surprised by how many resources were wasted and how outdated the current system was. After the initial tool was created, founders pitched it to local waste operators and – they liked it! ‘They really wanted to work with us’ says Rodion. Such a positive response made them realize they were on the right track and continued developing the product.

Wasteout has a positive impact across various spheres but mostly in environmental, economic, and social. It is important to note the effect that Wasteout has made on the environment. The solutions proposed by Wasteout has reduced the mileage of the garbage trucks by on average 30% (at the moment, however, this figure is not final and will increase). It means that the fuel consumption was decreased by 30% in the field and hence CO2 emissions from waste tracks were reduced by 30%. Though the numbers vary depending on how bad things were before in a particular area. According to Rodion, one of their clients has reduced the number of their tracks’ trips from 600 to 60 per month. Also given that all full waste containers are monitored and taken out on time waste does not have to rot within cities or cause the development of pathogenic microorganisms.

As for the social impact, it is not so obvious. In Russia, citizens pay certain fees which include waste disposal. Wasteout made all trash disposal processes not only optimal but also transparent. This resulted in higher approval of regional waste operators and reduced social tension ‘as people understand what they pay for and where their money goes’ as Rodion says. People also approve of positive environmental changes and timely waste collection.

Though the biggest impact Wasteout has on the whole business system in the waste collection industry. The company completely changed old patterns and modified the way things were done, according to a new sustainable design. Adoption of the technology intensifies companies to work in a more advanced way and pushes the whole industry to move in the same direction because it is simultaneously cheaper and has benefits for the environment.

The company’s clients greatly benefit from the services. They get their processes more transparent, fully automated, and optimized. It gives them an opportunity not to use so many trucks and to allocate their worker’s schedules differently, using their working hours for something more useful than rides to empty waste containers. Automatization simplifies their work: it makes the reaction to crisis faster, should it happen because all the information is available all the time. It also helps them win approval from citizens and thereafter keep their office as regional operators, and perhaps, maybe seek for new optimal solutions because they have such great experience with Wasteout.

Reduction in energy usage, trucks driving distance, CO2 emissions, waste rotten within the cities are indeed great. It’s worth mentioning the contribution to the local communities. Now locals have a tool to control the process of waste removal and, even though the overall quality is much better due to the system, they can influence it in case they aren’t satisfied.

Nevertheless, the inventors consider the greatest benefit to be the understanding that everything is possible and the sustainability concept is not a fairy tale. One small company can make their big clients and their customers believe that it is much better to be more sustainable. People are happy to see their cities clean, companies are happy they can reduce costs, and everyone is happy because they can do better for the environment, even a little bit at a time. 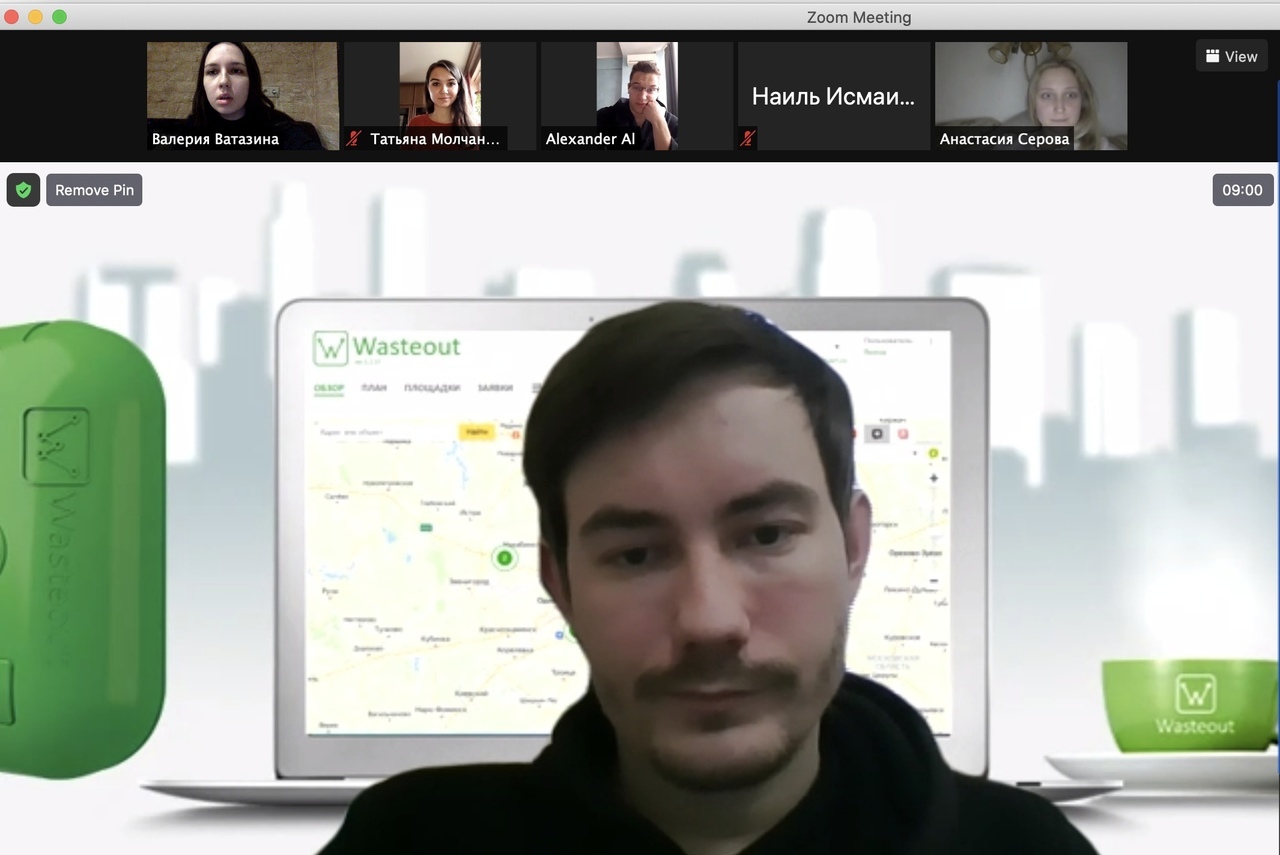 Wasteout is a startup founded in a small village next to Perm, Russia. It helps to optimize the process of waste disposal through several tools. The company helps regional waste operators substantially reduce trips of garbage tracks by building the most effective route maps, and also organize timely garbage collection preventing overflowing cans.