The Second Life Project is based on giving one's old t-shirts a second life through a recycling method. For every t-shirt that one donates, that individual will receive $50 Mexican pesos for the next Acapella purchase.

It all started back in 2019 when Acapella's three partners wanted to do something to help the planet since the fashion industry pollutes in the world due to the amount of water that is filtered to make each garment. The three wanted to think of ways that they could make a change. That is when their innovation of The Second Life Project emerged: by putting containers in each of their stores so that the customers could donate their old t-shirts and get money in return to buy new products.

The process starts with recycling the old t-shirts first and then breaking them down into a fiber level. To that, A recycled PET from plastic bottles will be added to create yarn. That yarn will be turned into fabric to create new recycled clothing.

This process is also made with no water or ink, thus making it completely sustainable and eco-friendly. Acapella's goal is to collect 10,000 old t-shirts so it can make a new collection made from 100% recycled t-shirts. 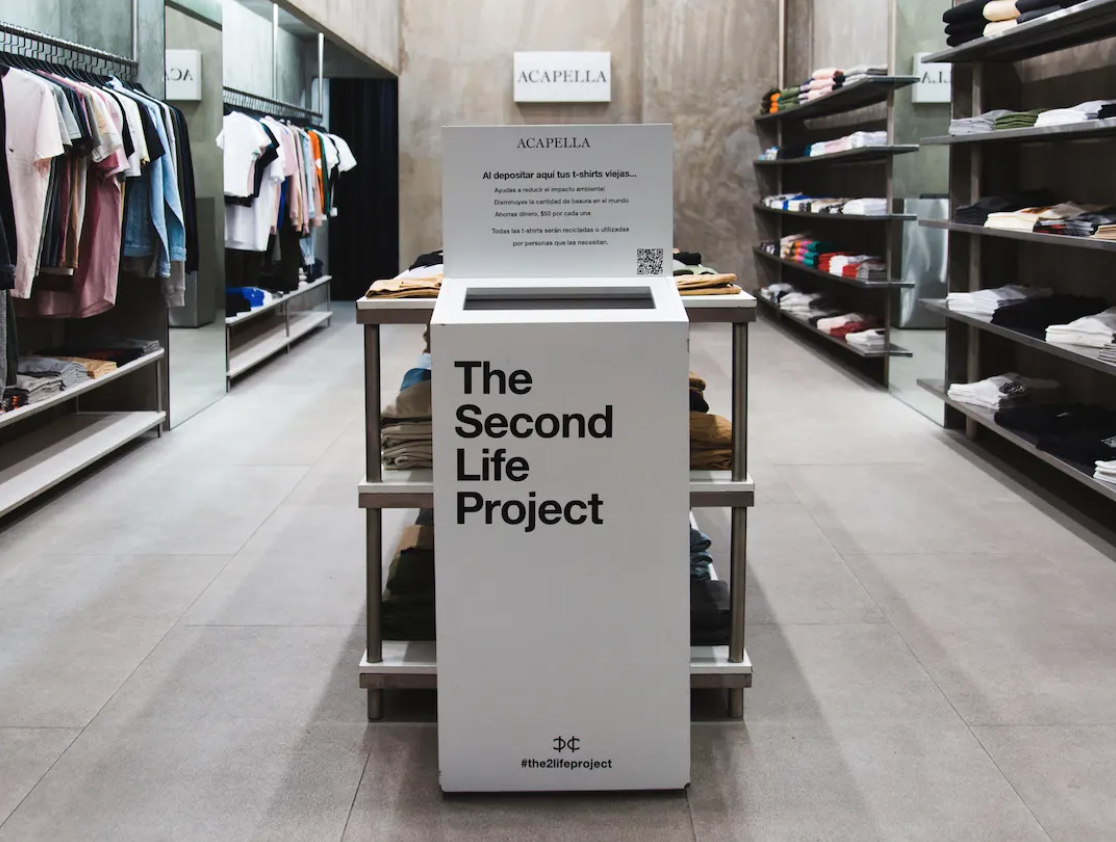 Seeing that the fashion industry is one of the worst for the environment, both Ricardo Coronado and Juanpa Zurita were inspired by wanting to make a difference. They were very concerned about climate change and the world we live in today. As Coronado states, "The truth is that we are in a very critical time in which the planet is giving us enough signals that we have to start helping and reducing pollution." So, by creating this project, the two of them would not only bring awareness to the issue but also take part in the initiative that other people in the fashion industry have become aware of: creating a new clothing line of 100% recycled material, which was made from old t-shirts that people often throw away.

The Second Life Project was launched in December 2019 and has received approximately 1,576 old t-shirts. Now the process has begun to test the new recycled fabrics. In the short term, the hope is to build awareness of the impact that fast fashion has on the environment. For example, every t-shirt needs 2,600 liters of water to be made.

In the long term, the project's goal is to have other brands of clothing to join the movement and take part in this innovation of making the industry more sustainable by changing the way clothing is being made. Additionally, this project will be expanded to clothing besides t-shirts.

Thus far, the impact of The Second Life Project is clear. People are becoming more aware of the issue and donating their t-shirts, so that they can take part in something that is important to help save our planet, which we are so lucky to inhabit.

Though it is a challenge to be able to balance profiting while creating innovations for a greater good, Acapella will begin to profit further once the company begins designing a collection of t-shirts made from recycled fabric (after reaching its goal of 10,000 t-shirts)

Additionally, the company gives each person $50 Mexican pesos as in-store credit for each t-shirt donated, which can then be used to buy a new t-shirt from the Acapella store.

By bringing awareness to an ongoing problem in society, Acapella is greatly benefitting society. The company is making sure that people know about environmental concerns in the world and doing its best to expand the movement so that everyone can join

To further build on the progress already made, more brands need to also take part in this innovation to creating sustainable clothing and help decrease the levels of pollution/contamination which exist. The Second Life Project is an innovation that will benefit the environment and society greatly by not only recycling old t-shirts but also by donating the ones that can’t be recycled to people that need them most 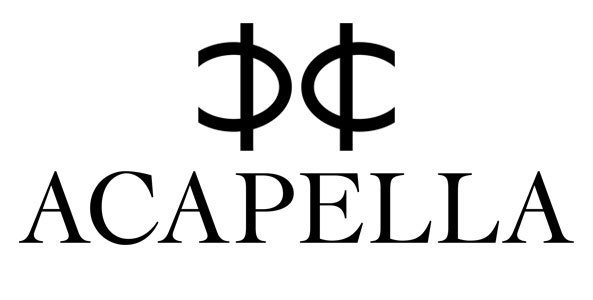 Acapella is a 100% Mexican clothing brand. The company design premium t-shirts for men, women, and children, which inspires self-expression and individuality through art, music & culture.