The Path to Conscious Forest Cutting

Selective cutting is a technology that contributes to the preservation of forest areas by cutting down only mature trees, not the entire forest area. "Red October" LLC, the modern full-cycle woodworking plant in Russia, Perm region, has become an innovator in the implementation of this technology in the region. Early January 2019 witnessed the first trial selective cutting in Solikamsk forestry, one of the cities of Perm region.

Red October is a lumber production plant with a hundred-year history. It is situated in Perm, the capital of Perm region in Russia. The company attracted foreign investment in 2000. Since this time Red October has focused on intensive development and compliance with international standards for logging and wood-working. The company had completely updated the production chain and installed modern equipment for logging and primary wood processing by 2017. Red October has always aimed to minimize the negative impact on the environment and to support responsible production and environmental management. The company initiated the development and implementation of the selective cutting technology in the Perm region in 2012.

Innovation is significant for the region for a number of reasons. Firstly, a large area of the region is occupied by multiple-aged spruce plantations, clear felling of which is ineffective. In clear felling system, loggers cut down all wood, including deciduous and young coniferous species, despite the fact that the wood-based industries in the region are typically focused on high-quality raw materials of coniferous species. In addition, one of the income items of the Perm region is natural tourism. Consequently, maintaining the diversity of flora and fauna is key to the region's economy.

Selective cutting is the felling of single trees in woods with the purpose of harvesting mature wood in order to prevent overripe wood or to remove weakened, old or damaged trees for the improvement of the forest area. In contrast to this method of cutting, clear-cutting of forests is currently common in 80% of forest areas of the Perm region. Clear-cutting involves felling of the entire forest area in one process - both trees that have reached the age of maturity and young, immature trees. The negative consequences of clear-cutting include soil erosion, destructed forest ecosystem, reduced biodiversity. In addition, this method of cutting influences the business as it significantly reduces the resources of wood for industrial use due to the cutting of immature wood together with mature trees. Moreover, immature wood is unsuitable for processing because it is soft and exposed to mechanical damage.

Selective cutting contributes to the preservation of the forest environment, the main forest species and biodiversity. Moreover, it replaces the necessary maintenance cutting and provides the possibility of continuous use of the forest without the necessity of waiting until new saplings are planted after a clear-cutting.

In order to implement the technology of selective cutting, an operator of logging machines works with the help of "forest master" who indicates trees that need to be cut down. "Forest master" is a highly qualified specialist who has the competence to determine the maturity of trees according to specific characteristics. "In the future, the company plans to implement training programs for its operators in the necessary competencies" (Alexander Susloparov). 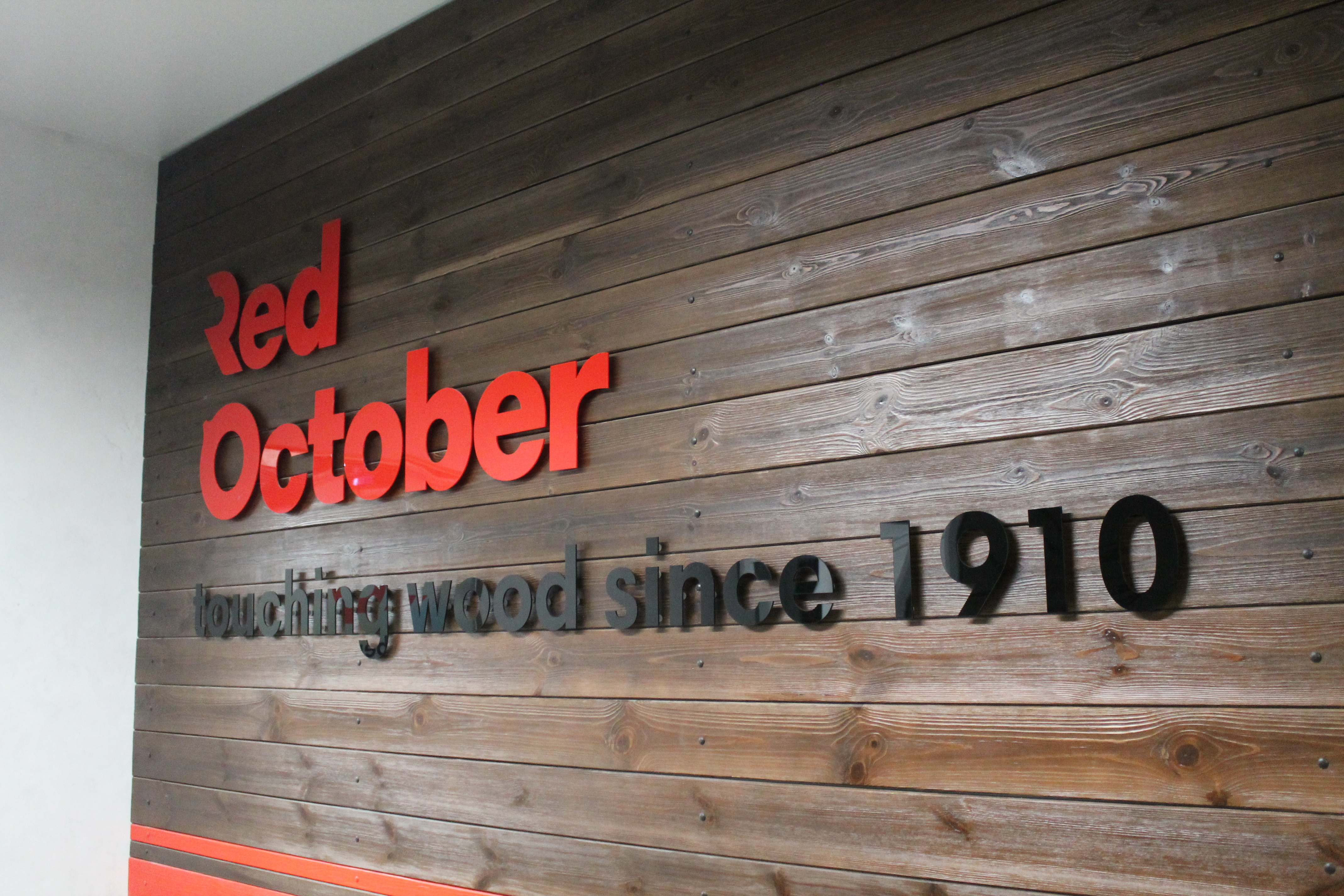 As already mentioned, "today in the Perm region 80% of currently implemented cuttings are clear cutting, while if we look at the experience of the Scandinavian countries (Finland, Sweden), we see that the percentage of clear cuttings has already been reduced to 20%". Alexander Susloparov, CEO of Red October, points out that this might be explained by the historical events of the 20-30s in the 20th century, when the pulp and paper industry was established in the USSR. At that time, the first pulp and paper mills felt a significant lack of raw materials. In order to prevent this, a cutting rate was introduced. According to that rate, "you must cut down everything that had time and did not have time to grow in an effort to provide these mills".

The selective cutting of forests in the Perm region had been tested by that time, but it did not take root. The region was quite actively engaged in wood exploitation and could not allow the use of part of the wood from the plots. In length of time, the situation changed: "The Perm region reduced cutting volumes relative to Soviet times by 2.5 times, many forest-processing enterprises ceased to exist. But these changes, unfortunately, had no effect on those forest regulations and cutting rates fixed by law in the Perm Region".

However, at the present time, the legislative bodies annually amend the Forest Code of the Russian Federation, a key regulatory and legal act for enterprises implementing logging activities, in order to preserve land ecosystems.

After that, Red October, together with the Association of Timber Industrialists of Kama region, went through many stages of approval the selective cutting technology, "starting with the presentation of the project at the scientific and technical council of the Ministry of the Perm region and ending with the protection of these rules in the Rosleskhoz, at the federal level". In the winter of 2018, this improvement was included in the new regulations on logging in the region. From January 1, 2019, after retraining employees, the company begins to implement a new method of cutting in Solikamsk forestry, a place where clear cutting is unacceptable by law. It is important to note that, if required, other regions may follow this experience and begin to prepare project documentation for the implementation of this technology in their activities and, after a series of procedures, switch to this form of forest cutting.

The adopted system of selective cutting is of great importance for "Red October". In addition, it is also important for the environment.

For a forest-processing company, the age of the tree to be processed is important: "For birch and aspen, the ripening period is 60 years. For deciduous and coniferous species - it varies between 80 and 100 years, depending on the growing conditions, in the south a little bit less, in the north a little bit more.

Anyway, in the middle age all the trees, whatever breed they are, become mature, and then the "reverse process" begins. Thus, the tree cut down at the right time not only becomes a quality raw material for the producer, but also has a positive impact on the ecosystem.

To sum up, selective cutting is the key to developing the lumber industry.

First of all, the financial benefit lies in cost reduction in the forest land acquired by the company. With the traditional method of deforestation, the company had to pay the government the full cost of the slashing site and, accordingly, cut down all the trees. According to the law, in the case of selective cutting, the company pays a half from the full cost of the slashing site. Thus, selective forest cutting can significantly reduce the amount of financial resources spent.

Another advantage of selective cutting is a significant reduction in the processing time of felled trees. As noted earlier, trees have their own ripening period and immature wood rarely has all the necessary properties. Consequently, immature wood requires more processing, that is, takes much time to ensure standard quality of the final raw material. Moreover, "biometrics of logs, that is, its maturity, critically affects the products." In other words, the presence of immature wood significantly reduces the quality of the final raw material. Thus, selective cutting allows the company to reduce the processing time of raw materials and improve their quality.

In addition, selective deforestation provides a reputational advantage. Attitude of care to natural resources allows "Red October" to confirm the right to own the FSC certificate. This certificate makes any lumber company attractive for European and American manufacturers. To sum up, selective cutting makes "Red October" a favorable company for international partnerships.

Selective forest cutting certainly is of great importance for the environment, in particular – for forest ecosystems. Immature trees, that are saved by this type of cutting, are able to grow further. According to the supported projects of deforestation, only in Solikamsk "Red October" saved about 40 000 cubic meters of forest. 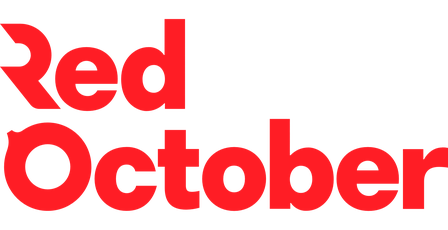 Red October is a timber plant with a century-old history. In 2000 the plant raised a foreign investment and since then it is committed to intensive development and compliance with international standards of logging and woodworking.