The Path to a Healthy Clean Sleep

With over 30 years of experience in environmental engineering, Naturepedic's founder and CEO Barry Cik used his knowledge to create organic mattresses and beddings that are free of any adhesive chemicals. Naturepedic’s mission is to eliminate all controversial chemicals in all of their products to offer a clean and healthier sleep for their customers, which in turn helps to solve one of the UN Global Goals of Good Health and Well-Being.

Although the products that Barry Cik innovated were all organic mattresses and beddings, his story starts much earlier. When Barry was in College in the 1970s, he attended engineering school and quickly learned how big of a problem it was that you were allowed to dump any toxic chemicals you liked into the environment. Identifying this as a real issue, Cik dedicated his life to being an environmentalist.

Then one day 19 years ago Barry's wife sent him out to buy a crib mattress for his first grandchild. It was then he noticed that all crib mattresses were both unhealthy for children and bad for the environment. They were full of toxic chemicals, including polyvinyl chloride (the same material as PVC pipes) and polyurethane, and other chemicals used to make the polyvinyl soft, so that it could then be put in mattresses.

Cik ended up not buying the mattress for his grandkid and decided to create his own. He decided to build it with straw. After creating his first mattress he listed it on the internet and soon found there was an overwhelming demand for a quality, natural mattress. And thus, with the help of his two sons, both of whom forgoing lucrative career opportunities, Naturepedic was born.

Today, Naturepedic's continued production of organic and non-toxic mattresses and beddings helps to check off some of the UN's global goals for good health and well-being, responsible consumption and production, life below water, and life on land. 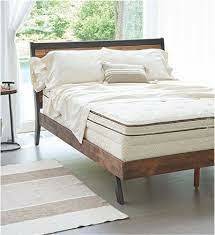 When asked about inspiration, Cik kept raising the question, “Why do we have to destroy planet earth?" For Cik, nothing is more important than ending the harm wrought on the environment every day by those who care less. And, says Cik, by using chemicals and putting them into our products, not only is it hurting the environment, it’s killing humans. “The biggest cause of death to children from ages 1-19 comes from chemicals," Cik said, and there are “officially 85,000 chemicals running through the environment”. Barry Cik was inspired by these brutal facts to create a truly safe and healthy way to sleep.

Right away, Naturepedic's success was meteoric. It was so successful that Cik couldn't build enough mattresses to keep up with demand. Now, 19 years later, Cik and Naturepedic are thriving and creating more products that coexist peacefully with humans and the environment. Long-term, Naturepedic hopes to help create a healthier and safer life for human beings while also taking care of mother Earth. 40 years ago Barry Cik noticed there was a problem and now, 40 years later, Cik and his two sons are doing their own small part to right it.

Since Naturepedic began with a first of its kind, organic and waterproof baby mattress, they were never lacking in customers. They have been successful since day one on the internet. But what's truly incredible is Naturepedic's willingness to work with its competitors. As Barry Cik explained, they are in the business of helping other companies with certain aspects of their mattresses.

Naturepedic now employs 200, with all of its products being manufactured in the United States from both foreign and domestic supplies. Other mattress companies are looking toward Naturepedic for answers on how to create a better mattress. And because of that, even more toxic chemicals are being eliminated from our planet.

Barry Cik always wanted to do good, ever since 1970 when he was studying to become an environmental engineer. Naturepedic goals align with four of the UN’s Global Goals: Life Below Water, Life on Land, Good Health and Well Being, and Responsible Consumption and Production; and in doing so Naturepedic and Barry Cik have made themselves a net good for both society and the environment.

Naturepedic was established in 2003 and is located in Chagrin Falls, Ohio. It was founded by its current CEO, Barry Cik. Naturepedic is a mattress manufacturing company that focuses on producing non-toxic and organic mattresses. Naturpedic’s goal is to help change lives by offering organic products that are safer and healthier for their customers' sleep. They currently sell organic mattresses and bedding products that fit all sizes - babies, kids, and adults. Their overall mission is to remove all toxic chemicals, including adhesives, flame retardants, and polyurethane, from their mattresses and beddings. Furthermore, Naturepedic uses organic materials to reduce the impact of pesticides and fertilizers on the environment.