ECOMUN "Social Economies of the Common"

Ecomun was born as a tool for economic and social reintegration of the FARC component and the communities most affected by the armed conflict in Colombia. A model of economic, solidarity and alternative linking of productive projects, legally constituted and profitable for generating sustainable income, that allows the development and incorporation of ex-combatants, mothers heads of households, displaced persons and vulnerable communities within the framework of the Peace Process signed in Havana. This is achieved under a productive, commercial and advertising management of the Peace products, which are the result of the work of more than 11,500 people who left their weapons and today work for the peace of Colombia, in the words of German, “with that, we achieve effective reincorporation, we add value to society and provide support for those who work for the peace. The products are the tangible result that we are fulfilling. Lest we forget behind of every product there is a story”

After more than 53 years of armed conflict, the agreements of Havana are signed on September 26, 2016, and with that, decree 899 of 2017 is published, which establishes measures and instruments for economic and social reintegration - collective and also individual as part of the peace process. This gave way to the creation of Ecomun Company "social economies of the common" who articulate, manage and promote the formation of productive units in the territories. Focused on the creation and constitution of productive projects, economically and socially sustainable with access to banking and with recognition of individual freedom and the free exercise of the will to benefit former members of FARC-EP. As German Casallas, Ecomun Manager affirms, "The agreement is not only between ex-guerrillas with the State, it is a tool for the Colombian society in general".

This innovation is based on the following aspects:

1. First, link the FARC component and vulnerable communities in self-help initiatives, to stay in the peace process and perform productive work that generates sustainable income.

2. Contribute to the legal constitution of such ventures in companies for Colombia, which promote employability, not only for ex-combatants but also for the communities most affected by the armed conflict and its environment.

3. Sign and manage contracts with the state and private companies to be delivered to these ventures and thus manage their sustainability.

4. Promote the “Products of Peace”, as the tangible result of compliance with the agreement and that with its sale constitutes the main source of income for the enterprises.

5. Promote the certification of competencies and specialties that were acquired in the territories. 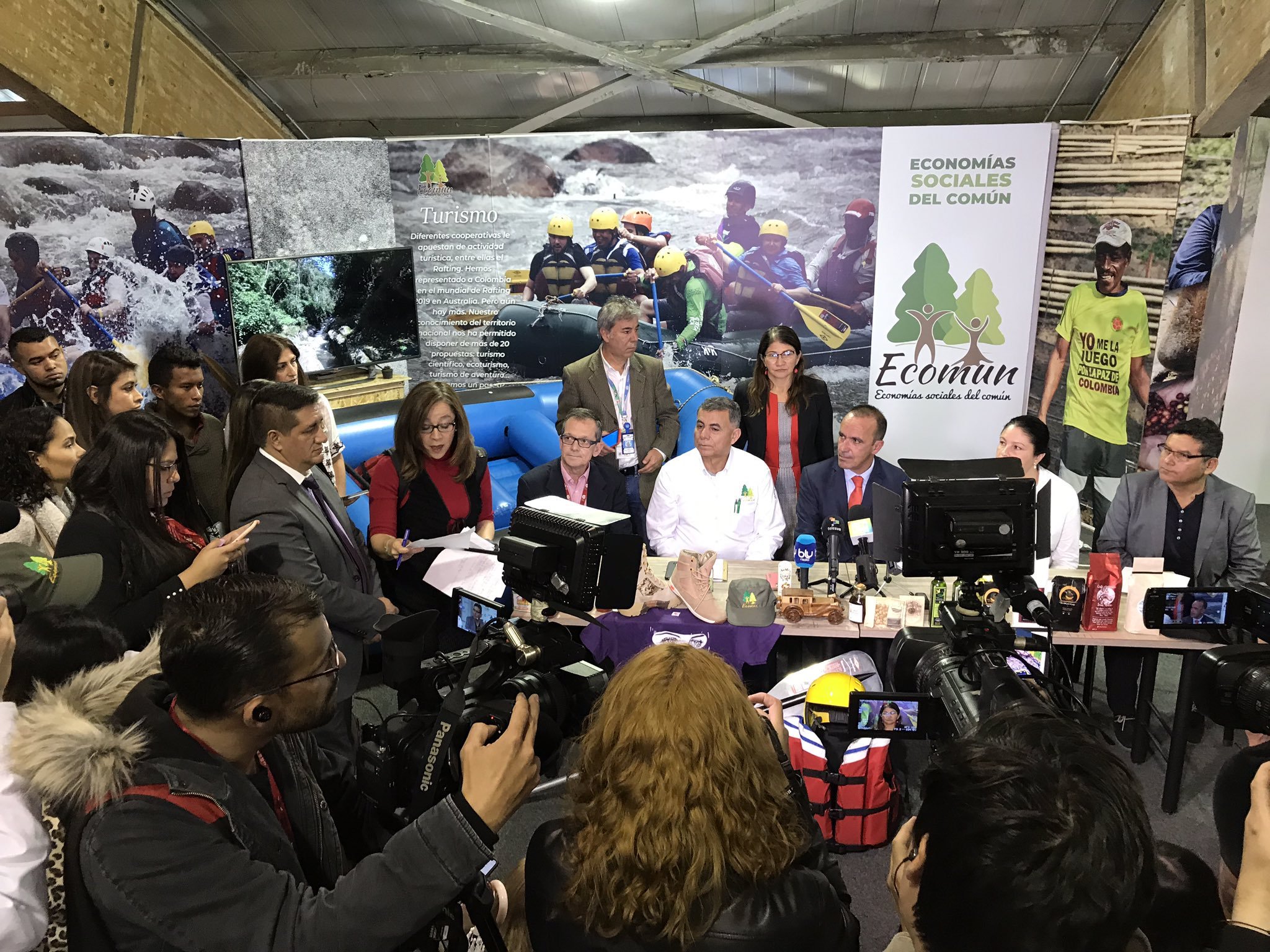 German Moreno Casallas is a merchant by profession who joined the FARC 35 years ago and was part of the group that signed the Havana agreement and today is committed to the process of implementation and integral reinstatement.

From his role as manager of ECOMUN, German affirms that his greatest motivation is: “to have seen my colleagues hand over their weapons and today to see them with products in their hands, full of hope, taking them to shelves for sale”. He acknowledges that the Peace agreement has given life back to its collective, hope and an opportunity to start again "they see it as freedom, having managed to return from war after so many years". Likewise, he concentrates his forces on the greatest challenge - “to keep my companions in the peace process”. He dedicates every day to “build a new Colombia where we all have a place”.

The great peace company has managed to build up more than 140 productive chains “legal persons in the territories”, guiding the consolidation of sustainable income sources in the medium and long term in the framework of legality, in sectors such as agriculture , tourism, coffee, artisanship, textile and health among the most recognized, enganging approximately 500 ex-combatants, their families and people victims of the conflict. They have been agents of change in their regions, empowering capacities and promoting entrepreneurship. They are strategic allies of the Agency for Reincorporation and Standardization (ARN) thus adding to their impact.

The official numbers of the (ARN) show the demobilization of 13,202 members of the FARC-EP, where 73% have work training, 16 productive environments implemented, 594 approved projects, 792 people involved.

The products have reached major events such as: AGROEXPO Bogotá 2019, in which, just presenting 10% of all products received a great reception and interest from visitors. In addition, they participated in ERNESTO ILLY INTERNATIONAL COFFEE AWARD 2019 in the United States, winning the prize for the best coffee in the world, which is already being produced in six departments of Colombia and exported to several countries. They attended the commemorative event for the day of working women in the ETCR of La Elvira, in promotion against gender oppression and the parade “Let's make fashion and not War” starring Tejiendo Paz (Knitting Peace), in which garments were presented as kimonos, dresses and suede vests. This has contributed to 60% of the projected publicity with a focus on the recognition of the products of peace and the results of actions aimed at achieving peace.

German says, “This is a project that is on the way to reconciliation of all the actors in the countryside who participate, which will lead to a bond between countryside and city and from there to rescue the countryside. It is a reunion of those people who belong to the countryside, for peace”.

The current approach is focused on 32 areas of specialty that were held in the FARC-EP, in which, ex-combatants are being certified for jobs and are the foundations on which the ventures are built.

German says “What benefit can be greater than what we do?, we build the Peace of Colombia and fight every day for all those who want a second chance today; we are working for our country, with example and dedication. The achievements are innumerable and often intangible."

"In the two years of constitution, every task is a challenge, which has been positioning us through the faith and belief of people, the social spirit and mainly the strong work in the countryside, where our greatest potential comes from. 100% of the products that we offer through human value networks are the result of a work force through our own effort, based on what we achieve as a team, for the sustainable benefit of the 140 networks that we are ”.

Ecomun, hopes to achieve National and International recognition of Peace products, in search of positioning companies for Colombia that generate employment opportunities and are sustainable in income for their families and their environments, and thus, balance the countryside with a focus on environmental justice

It is based on environmental justice, as German said, "The pact for the preservation of ecosystems as a priority and acting on the basis that communities monitor, protect and preserve their environments".

Among the most important projects is environmental management through the recovery of river basins in the department of Choco, which with wood and waste is building a workshop 100% eco-friendly for the production of furniture in the region, where more than 26 ex-combatants fulfill a double function, on one hand, the recovery of rivers and on the other they use the waste in a business idea.

Ecotourism is one of the projects that highlights the importance of environmental care and environmental sustainability through responsible tourism. The recognition of the use of medicinal plants in health practices and the planting of trees by the “Plant a Tree for Peace” venture to reduce the impact of deforestation practices, among others.

The environmental and social benefit is represented in nine environmental initiatives focused on sustainable local development, which has allowed 1,500 people to benefit from it. 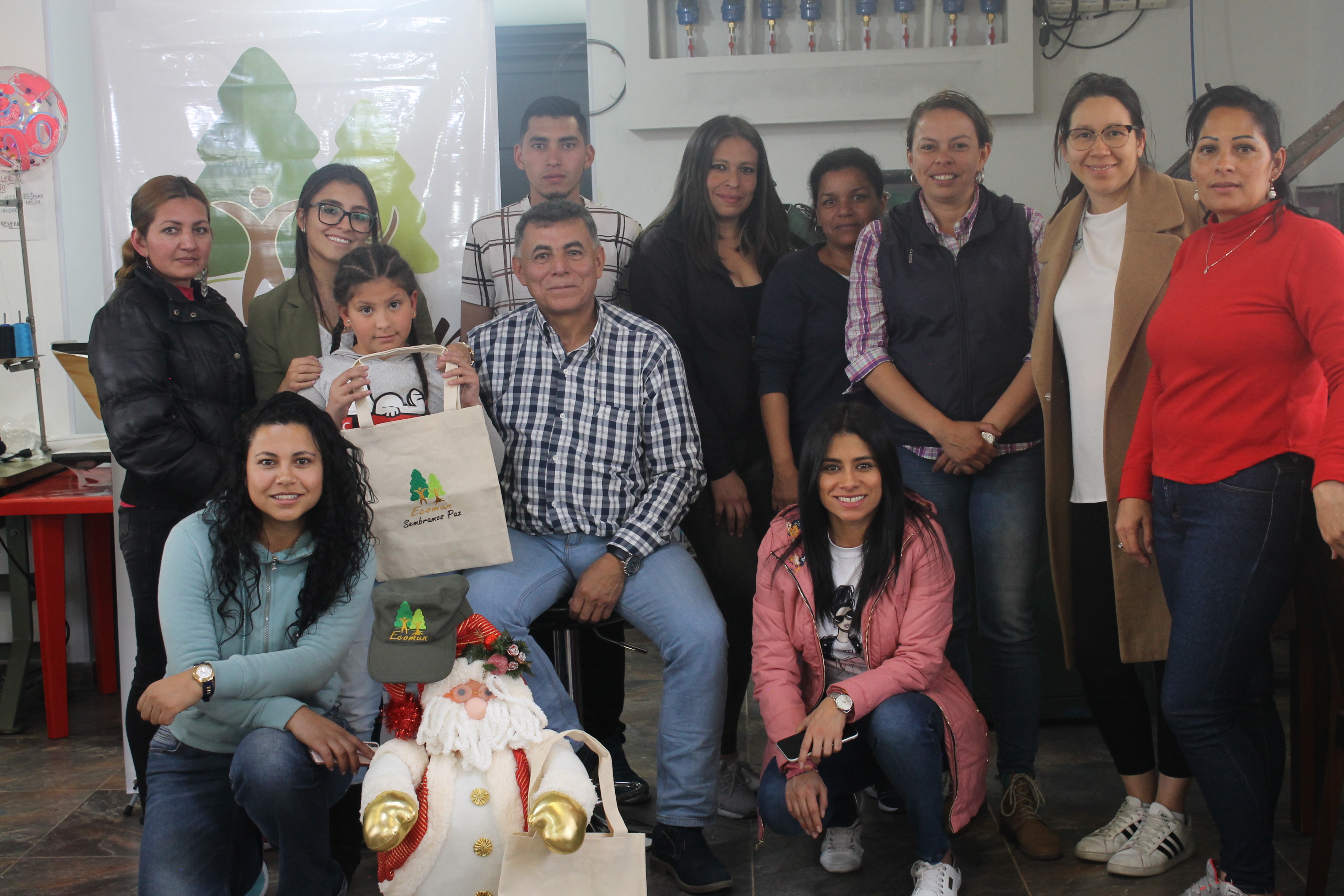 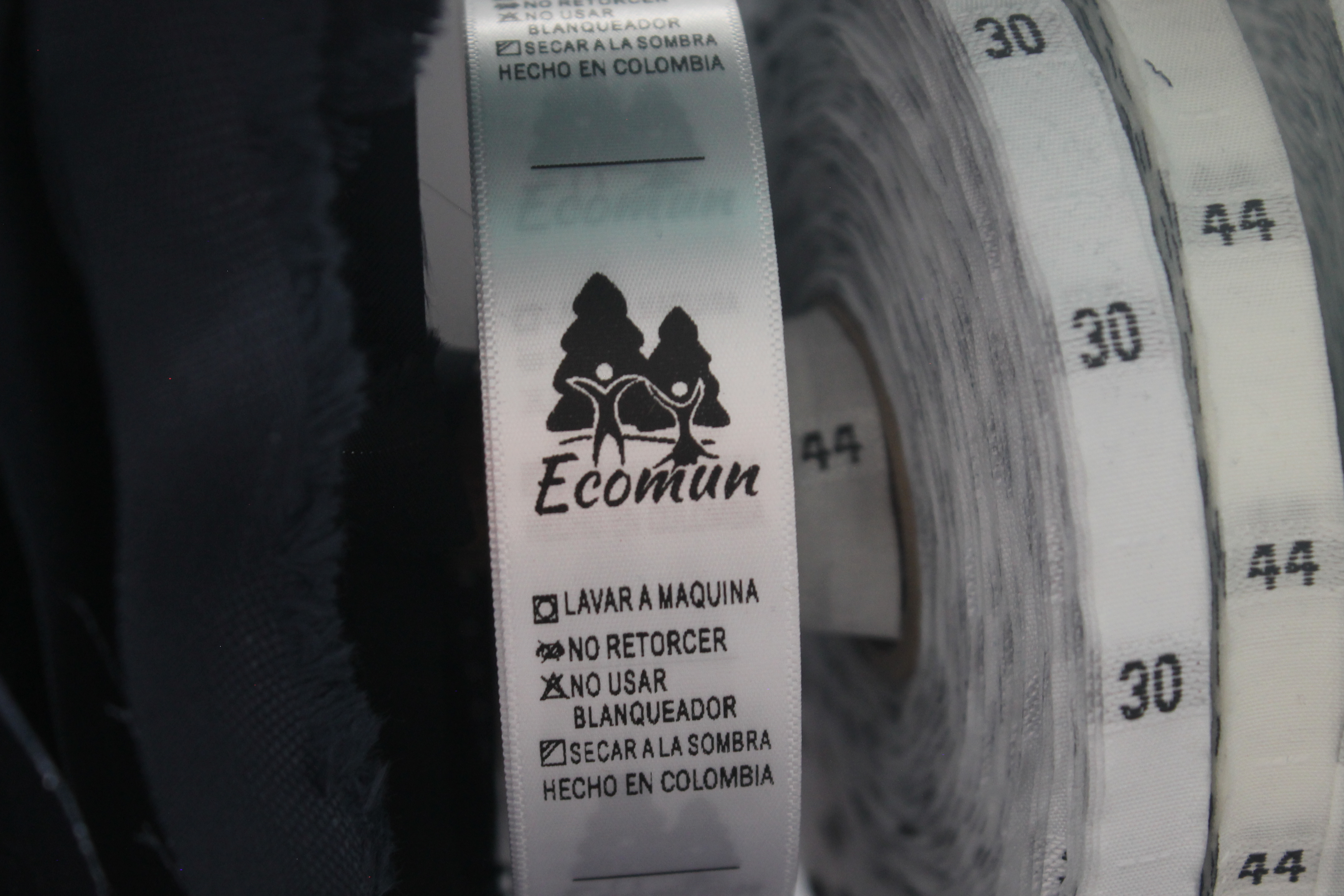 ECOMUN "Social Economies of the Common"

Ecomun was born as a tool for the economic and social reintegration of the FARC component and the communities most affected by the armed conflict in Colombia. The FARC was a revolutionary group that developed under illegality. Today through the Peace process signed in 2016 this group presented a radical change in its nature and is in the process of reintegration into society. Proof of this are the constant advances that it has presented through the creation of companies that conform to the social model of law.