The Countdown for Change: 321

321 Coffee: a start towards broadening inclusiveness. 321 Coffee is a coffee shop and a roaster in which builds its company around inclusivity. They focus on employing adults with disabilities with the goal of conquering the Sustainable Developmental Goal (SDG) number 8. In addition, they are accomplishing SDG number 12 by solely selling fully compostable cups, lids, straws, and more.

321 Coffee has built their company around the goal of obtaining more inclusivity throughout the community. The main problem the company is striving to solve is regarding the lack of opportunities given to adults with disabilities. In an article by midtown magazine, the founder Lindsay Wrege states, “Only 20 percent of adults with disabilities are employed, and the places that hire them usually have them doing very nominal work like cleaning bathrooms or floors—nothing very meaningful or challenging”. 321 Coffee hires adults with disabilities in an attempt to slowly help raise the employment levels of the disabled community.

Both Lindsay Wrege and Michael Evans are the co-founders of 321 Coffee and were both attending North Carolina State University when they started the company. They started out setting up folding tables around their college campus to see if anyone had any interest in what they had to offer. From here many people began asking, "where can we find you next?" From here, they transitioned to opening a stand at the local food market where they could bring their employees out every Saturday to advocate for inclusivity while also selling their coffee. Five years later they are now in the process of opening 2 new storefronts in the Raleigh/Durham area while also selling their roasts to companies across 36 states. 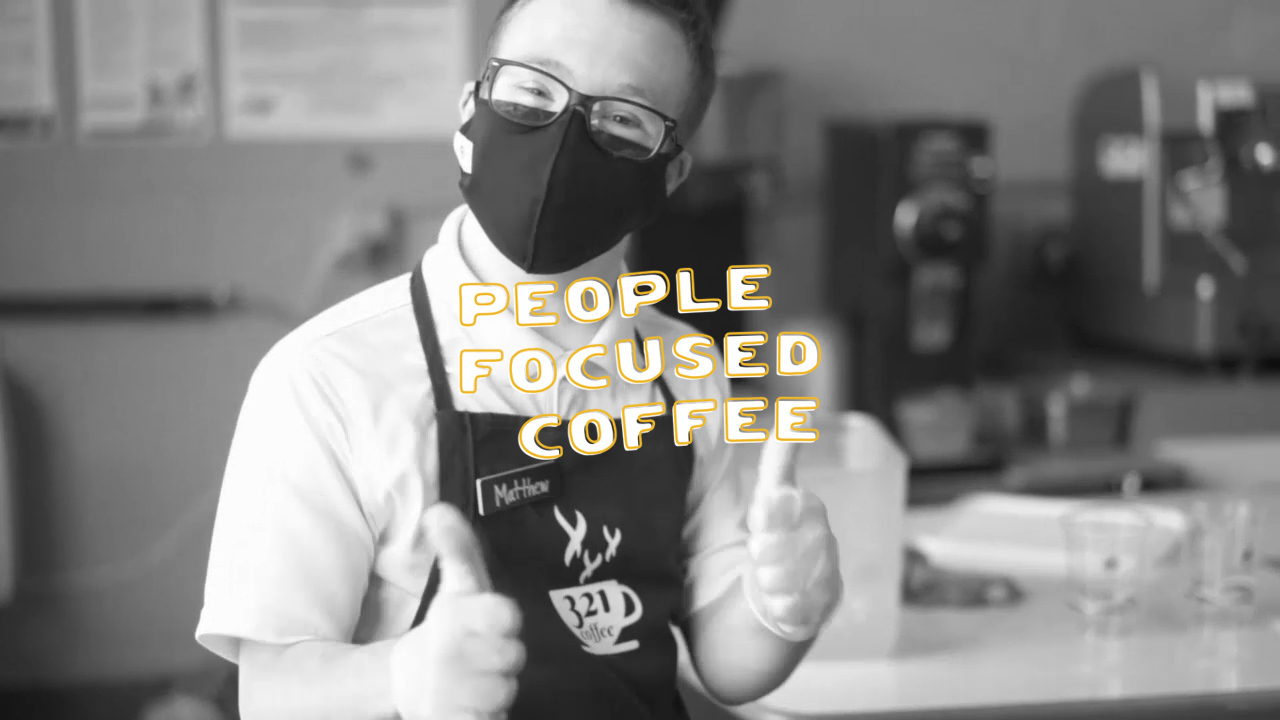 In an article by midtown magazine Lindsay states that her inspiration was her fourth grade partner named Emma Wissink. Emma Wissink is a girl who had down syndrome in Lindsay’s fourth grade class, and they had been partnered up for a project. After completing the project successfully, Lindsay knew Emma had lots of skills she brought to the table and from this day on Lindsay and Emma became friends.

In addition to Lindsay's experience when she was younger, she mentioned she was inspired by a company called Bitty & Beau's. Bitty & Beau's holds the same mission of 321 coffee and was originally located in Wilmington, North Carolina. While asking Lindsay what had inspired her to start 321 Coffee in our local area she said, "I had seen another coffee shop with this model, and I though wow how awesome would this be for us to have in our community." She mentioned that "has many friends who would thrive in this environment" and this is was initially prompted her to start evolving the idea of 321 Coffee into a reality.

As of now, 321 coffee has 40+ employees with a variety of disabilities such as Down syndrome, autism, spina bifida, epilepsy, and DiGeorge syndrome. Additionally, according to Lindsay Wrege, they have over 70 potential employees on a waitlist who are eager to join the community of 321 Coffee. Currently they are continuing to expand their business as they are currently focusing on their new location opening along with partnering with companies to become their coffee supplier. Here at 321 coffee they have one mission: making employment meaningful.

While interviewing with Lindsay Wrege, she had mentioned her first steps to see if people were interested in their company was tested by setting up folding tables around their college campus to see if anyone was interested in what they had to offer. When asking Lindsay how she knew this company had the potential to be successful she said, “our folding tables set up was our MVP. We took this concept anywhere that it led us, with the goal of spreading awareness of our company and what we stand for.” From these folding tables she had mentioned people constantly asking her “where can we find you next?”. Their next step was opening a stand at the local farmers market. Once they realized their demand was just as large here as it was around their college campus, they began to work on opening more storefronts. They are currently working on opening 2 new shops: one in downtown Raleigh and one in Durham. Their work has proven to be successful by the increase in demand they are experiencing along with many disabled adults in the community wanting to get involved in 321 Coffee's mission.

Since first starting the business in 2017, 321 Coffee has become a for-profit company within the past year. Lindsay mentioned that she has experienced individuals asking for a tax write-off for their cup of coffee. She says "this was a really big factor that went into our decision to transition the company. We wanted to demonstrate that you can build a company that makes money, that grows, that can have a scale, and can also employ individuals with disabilities."

321 Coffee sells their roasts to companies all over the globe with the goal of selling excellent coffee and proving any work can be done well from an individual with a disability as equally as any other individual. I can say myself that while doing an internship in downtown Raleigh, a building had delivery for 321 Coffee as its common space drink. Even though the building was located in Raleigh, this was a big accomplishment. Out of all the coffee and roast companies out there, this building decided to choose this specific company with such a grand mission. I believe this says a lot about what they stand for and the massive amount of support they are receiving from our community.

321 Coffee's success has un-arguably been on an upward path since they had begun, and is now flourishing in different parts of the community; however, it didn’t always start out that way. Like any other business, 321 Coffee had signifigant biases that they have yet to fully overcome. While discussing the issue of these biases with Lindsay she said, “Honestly, there are a lot of people who think the coffee won’t be very good. People assume that if someone with a disability is making it, then it’ll be associated with less quality, and that’s a really big stigma we are trying to break.” For these reasons, there customers will not be those who look at disabled people differently. 321 Coffee targets positive energy from adults/teenagers within the Raleigh/Durham area who are willing to get some freshly made coffee while also supporting their mission of inclusivity.

Although they have proven themselves to be successful at what they do, people still want to see “proof” of their success for them to believe that this company is capable of doing things any other company would do. After discussing this topic with Lindsay I’ve learned that no matter what, these biases will continue to be prevalent no matter where they go. 321 Coffee works toward breaking these stigmas toward the disabled community and this starts by giving them more opportunities one job at a time. 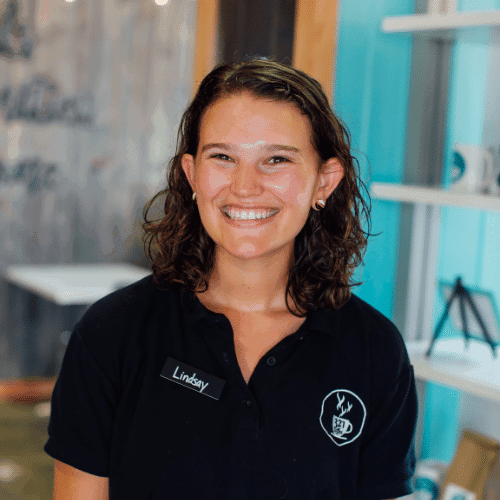 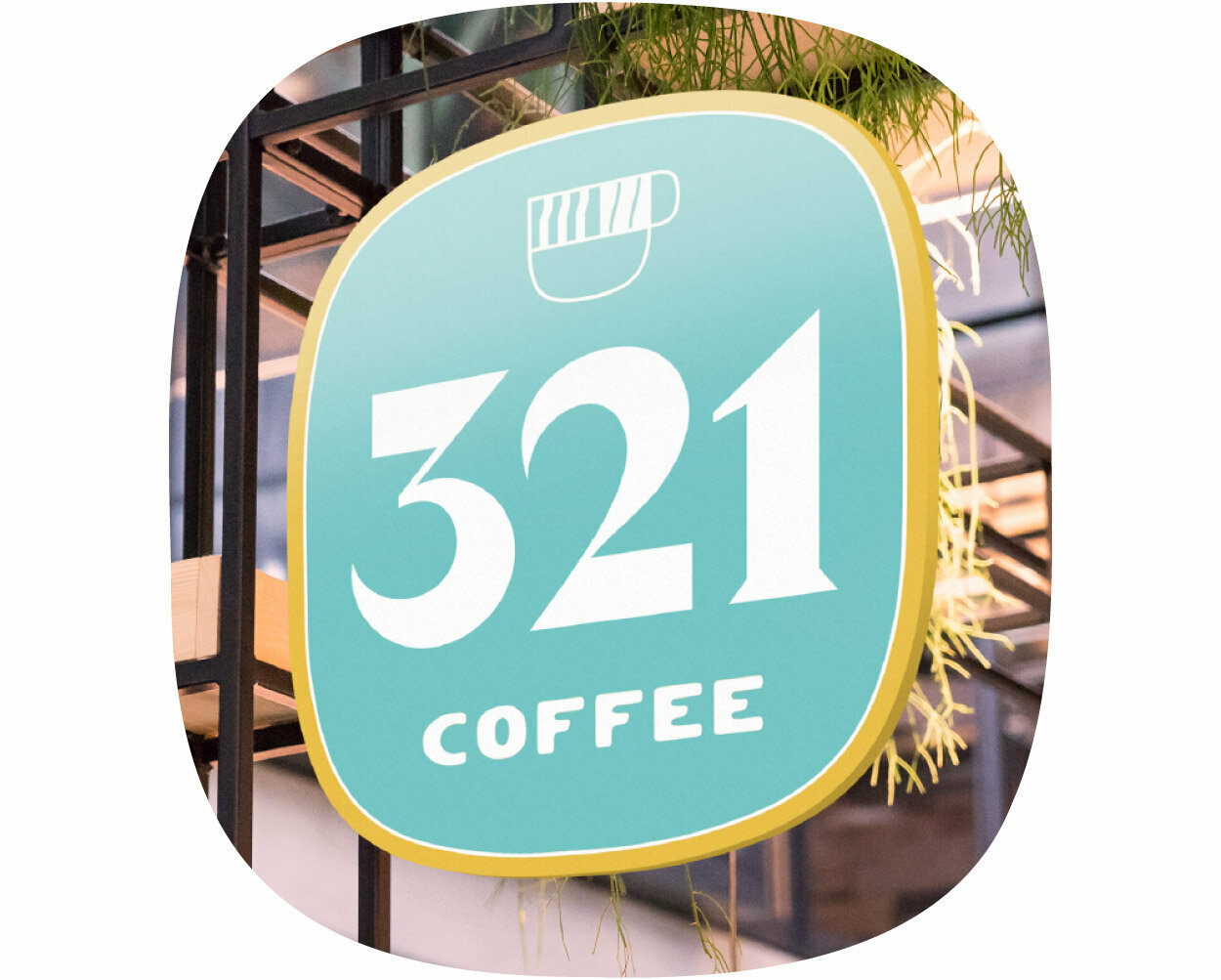 321 Coffee is a coffee shop and roastery with the mission of helping those with disabilities attain more jobs. This company is located in Raleigh, North Carolina and focuses on hiring individuals with intellectual and developmental disabilities in an attempt to give the disabled community more opportunities. Currently, only 20% of adults with disabilities are employed due to employers underestimating their abilities. 321 Coffee's mission is to serve coffee efficiently while also striving to break this wrongful stigma.