The Burger That Could Change the World

Impossible foods is an innovative company with the mission to provide the world with plant-based alternatives to animal products that taste as delicious as the real thing but have far less environmental impact.

The Impossible Food burger smells like beef, caramelizes like beef, and even appears to bleed, like beef, thanks to the company’s dogged work reproducing beef’s chemical compounds. The company isolated all of the flavor molecules of burgers and realized they could replicate many of the meat flavors using purely plant components. The “magic ingredient” of the Impossible Foods meat is plant-based heme that mimics the iron compound molecule found in meat that carries oxygen and makes blood red. Unlike animal hemoglobin, Impossible Foods’ “heme” is derived from the roots of bean plants. “In order to create this experience of eating a beef product...we had to find a way to deliver that irony, bloody taste of beef, and that change in color when beef cooks. Heme is driving that, and catalyzing a lot of the flavor that is happening.”

Rather than extract heme from raw plant sources, Impossible Foods creates the ingredient in the lab, applying insights from Belgian beer brewing processes. With this innovation, Impossible Foods avoids using energy and other resources that would have otherwise been applied towards agricultural production.

Recently, Impossible Foods opened its first large-scale facility, in Oakland, CA, designed to produce one million pounds of meat a month--about 4 million burgers! This investment is the first step towards creating and selling meatless versions of all kinds of animal protein in the future. 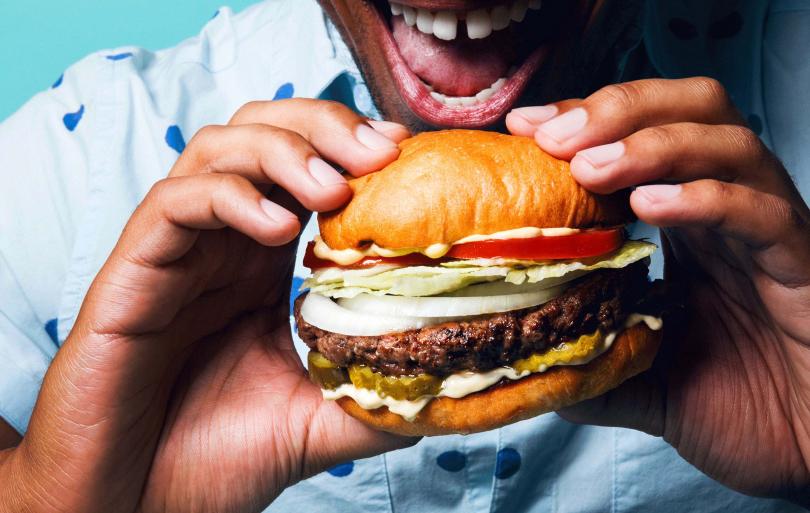 Impossible foods is an innovative company with the mission to provide the world with plant-based alternatives to animal products that taste as delicious as the real thing but have far less environmental impact. “We make meat and dairy products from plants--not because it’s particularly easy to do, but because it is one way to mitigate a crisis involving animal agriculture,” says Rebekah Moses, the Sustainability and Agriculture Manager of Impossible Foods. The company’s work should help society move forward on several of the United Nation’s sustainable development goals.

Impossible Foods introduced its first product--a plant-based hamburger--to chefs and the general public in late 2016. A number of well-known chefs, including David Chang, of Momofuku fame, have put the Impossible Foods burger on their menus, with great success.

The innovative Silicone Valley company was founded in 2011 by Patrick O. Brown, M.D., Ph.D., who had the driving question, “What makes meat taste like meat?” Brown’s team spent the next five years figuring out how to put that flavor into a plant-based ground beef that would taste, cook and look like beef, with none of beef’s drawbacks.

As the founder, Brown has helped to drive the culture that continues to spurs innovation at Impossible Foods. Brown has brought an “exploratory and collegial vibe” to the company, according to Moses.

Impossible Foods is driven by a desire to change the way humans consume delicious protein, with an intent to take pressure off our ecosystem. Worldwide, animal protein consumption is rising. The company says humans currently use a landmass larger than North and South America, Australia and Europe combined to raise animals to eat, plus enough water every day to fill San Francisco Bay. Since plant-based protein consumes far fewer resources, Impossible Foods’ meat would sharply reduce this impact. “This way we can sustainability deliver calories to a population that will be 10 billion people in not too long,” says Moses. “We want to see the day when a kid bites into a hamburger and says, “Wow, to think humans used to make these out of animals.”

At Impossible Foods the employees have a lot of fun while working hard to make a difference. Moses described how the mission drives their team to keep up the innovative and impactful work, “We want to be part of scaling that food system through a big transformation. That mission keeps people engaged and excited.”

Brown, a tenured biochemistry professor at Stanford University, was on sabbatical when he thought, “What is the biggest environmental problem I can think of and how can we solve it?” He decided to spend the rest of his career focused on the resource depletion that results from having 30 percent of our planet’s landmass dedicated to producing animal products. Brown chose a market-based mechanism to do that; he assumed that by providing a functional equivalent to meat that used fewer resources, his company would have a true opportunity to change diets and the food system.

Impossible Foods has been in development since 2011, and has released no public financial information as of yet. In 2016, they began selling their burgers to restaurants in California, and have now expanded to the East Coast. In spring 2017, they opened a processing factory in Oakland, California capable of producing 48 million hamburgers annually. Once this is perfected they will scale into other plant-based meat categories.

Impossible Foods innovative products and operations model help to address a number of the UN Sustainable Development Goals such as good health and well-being, climate action, zero hunger, and responsible consumption and production. Beef is one of the most inefficient ways to grow protein, and beef consumption has been linked to a variety of common diseases, including heart disease. Raising and processing that meat is linked directly to climate change, overuse of antibiotics and hormones, wastewater, and other environmental degradations. Impossible Foods offers a path away from these impacts, and towards a reliable source of protein for both privileged and underserved populations around the world. The plant-based burger uses about 75 percent less water, and only 5 percent of the land mass used to raise beef. Altogether, the plant burger supply chain generates only 13 percent the volume of greenhouse gases as beef burgers. 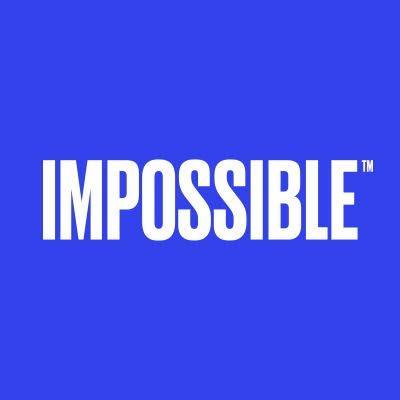 Impossible foods is an innovative company with the mission to provide the world with plant-based alternatives to animal products that taste as delicious as the real thing but have far less environmental impact.