The Best Laundromat in the World

When Alex Winch bought his laundromat in 2002, it had been around since 1964 and was located in a building that was built in 1939. The business was old and the building was in desperate need of some renovations. It wasn’t an attractive investment for any potential buyers. However, despite its flaws, Alex saw the potential that the laundromat had. The building itself was on a busy street in Toronto and had no buildings obstructing the sun from the building. It was the perfect rooftop to put solar panels on.

Alex completely retrofitted the mechanical systems of the Laundromat and drastically improved the water heating, lighting, and space heating. He installed solar panels and used the heat generated by the sun for the building and the laundromat. The renewable energy from the solar panels would heat propylene glycol which, through a heat exchanger, heats the water for the laundromat. Thanks to this change he was able to reduce his natural gas consumption by 30%. This of course was Alex’s intention when he bought the laundromat and was motivated to bring positive change for the environment and society through his business. As he says "change happens one person at a time".

Alex worked with the engineering experts at Solcan Ltd to install the solar panels, and the new system in the basement which included a circulator, air purger, pressure-temperature gauges and fill drain assembly. He also was supported by Canada by the Renewable Energy Deployment Initiative during the retrofitting.

During the time of the retrofitting in 2002, a lot less was known about solar panels and their capabilities. Few people were using it for their homes, let alone planning on using them to turn a business around. What Alex did with his laundromat was unprecedented, and risky. Alex had the passion, and courage to bring change to the community. 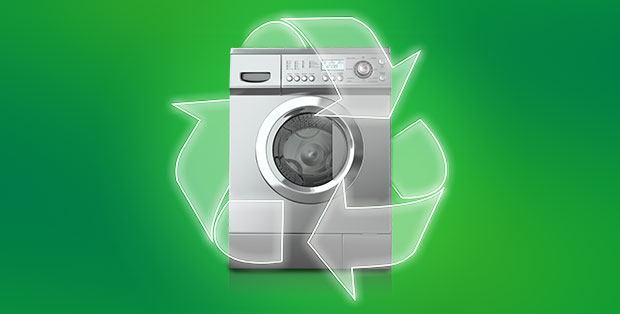 The building Alex bought was perfect for his idea. It already had a laundromat inside, although it needed to be fixed and cleaned up a bit. It was south facing and had no obstructions so the solar panels could get sunlight all day. It also was on a busy street in Toronto and was a good location for any business. It also is the oldest laundromat in the neighborhood, which adds some historical value to it.

Alex didn’t copy his idea from another business. Alex was able to make the innovation to his laundromat thanks to his knowledge on solar energy, which came from the residential project he took part in. Other businesses, local and worldwide since have inquired about his innovation, which he has "shared openly" with everyone in an effort to continue to help the environment. Alex and his innovation were the inspiration for other businesses, and he has shared his knowledge with anyone who has asked.

According to Alex, his intention when installing the solar panels was to reduce how much fossil fuels were being used in North America. He has a passion for the environment and found his own way to positively contribute to helping it.

The impact that Alex’s innovation had on his laundromat was significant and benefited the business, the environment, and society. Natural gas consumption was reduced by approximately 30%, and revenues increased 160%. Customers would give their business to the beach solar laundromat because of its rebranding as an environmentally friendly laundromat. Despite business increasing, the natural gas consumption was down. This stems from lowering the amount of natural gas needed per load of laundry, thanks to the heat generated by the sun. Thanks to Alex’s innovation, he was able to charge lower prices, while also lowering the carbon footprint for each load of laundry. It was a win-win for everyone.

When Alex installed the solar panels in 2002, he wasn’t following someone else’s footsteps or plan. Alex was one of the first business owners to do something like this and received recognition for his innovation from the city and globally. His innovation was given a lot of attention and other local businesses in the neighborhood, as well as businesses around the world, inquired about the system he put into place. He shared his system with other business owners freely, allowing them to follow in his footsteps and innovate their businesses into more sustainable, environmentally friendly businesses. Alex’s is passionate about helping the environment, and by helping others set up their own solar electricity systems, both thermal and electric, his impact goes beyond just his laundromat.

The main purpose of Alex’s innovation of using solar panels for his laundromat was to benefit the society and environment. However, his innovation also had significant benefits to the business. This is because the stakeholders of the laundromat care about the environment, and the success of the laundromat after Alex’s changes reflect that. When Alex bought his laundromat, it was a struggling business that had been in the neighborhood for a very long time. It was outdated and needed a big change, like the one Alex brought, in order to save the business. Alex rebranded his laundromat as the Beach Solar Laundromat, and that brought back the support from the neighborhood. Since the renovation in 2002, revenues for the business had a significant jump and increased by 160%. Over time revenues increased from $400 weekly all the way up to $2000.

Alex’s innovation led to his laundromat receiving multiple awards with one being the Breman Partnership Award in 2004. This award recognizes non-government organizations for their environmental innovations and the implementation in businesses through the UNEP (United Nations Environmental Programme). In April 2004, his laundromat also was recognized by the Canadian Council of Ministers of the Environment as the Best Small Business in Canada for Pollution Prevention and the Best Greenhouse Gas Emission Reduction Project. In 2002, the laundromat was recognized by the city of Toronto with the Toronto Green Award. This recognition has led to more notoriety towards his laundromat and has helped it receive the support it needs to continue to thrive as a business.

Alex’s goal when retrofitting his laundromat was to create a more sustainable and environmentally friendly laundromat, and community. The Beach Solar Laundromat is able to generate 20,000 KwH thermal annually, which has led to the laundromat being able to reduce their natural gas consumption by 30%. The total carbon dioxide reduction is estimated to be 118,000 kg annually, which led to the carbon footprint of the business being significantly reduced. The difference between Alex’s solar panels, and the inefficient boiler that was being used before, is night and day.

After Alex made his renovations, other businesses, local and global, saw the positive impact it had on his business and the environment. Other businesses were inspired by what Alex was able to do with his laundromat and wanted to make similar innovations to their business. The recognition that Alex received helped spread word of his innovation and is what led to so many companies hearing about his innovation. When other business owners reached out to Alex, he shared his system and knowledge on solar energy with them freely in an effort to continue to help the environment and society. For example, Ed’s Real Scoop Ice Cream, a local business a couple doors down from Alex’s Laundromat, reached out to Alex. He allowed them to tour his basement and check out his system, in which they later replicated for their business. Alex has made a commendable effort to help the environment and has helped others follow his lead.