Over the past three years, Apologue Liqueurs has brought flavorful and unique spirits to bars, restaurants and stores across the United States. The opportunity to fill a market niche inspired the two men to develop the business into what it is today. Tepper and Haynes saw this aspect within the hospitality industry and decided to take a risk to introduce their new and inventive liqueurs to the market. Tepper says that ingredients, such as Rumi Saffron, is “pretty unique to cocktails.” Apologue Spirited Liqueurs incorporates local ingredients and sustainable partnerships to provide elevated cocktails. The company currently has four expressions, each with a special story.

Tepper says that ingredients, such as Rumi Saffron, is “pretty unique to cocktails.” Apologue Spirited Liqueurs incorporates local ingredients and sustainable partnerships to provide elevated cocktails. The company currently has four expressions, each with a special story. 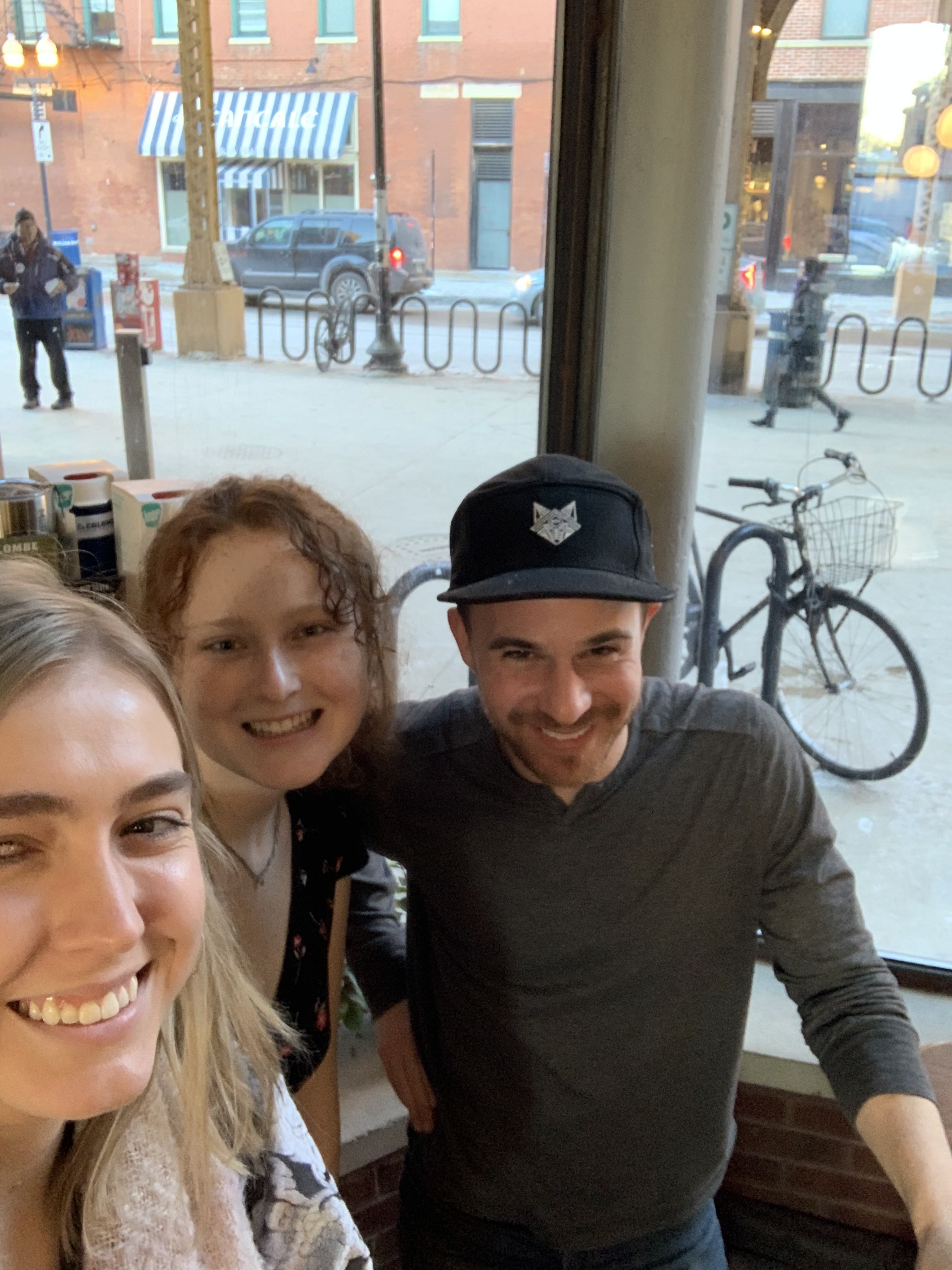 Co-founders, Robby Haynes and Jordan Tepper, worked in the hospitality industry for several years prior to their business plan. The initial idea of Apologue Spirited Liqueurs popped into their heads in 2016, and they set off to bring the idea into reality in the beginning of 2017.

The eco friendly idea started as a brainstorming session between two guys in the liquor industry. Jordan Tepper, a consultant for wine and spirits companies, and Robby Haynes, a bartender, wished for a liqueur that didn’t have all the sweeteners, chemicals and additives that most on the market did. They knew they could deliver something more natural, so they did.

“We thought there was an opportunity, specifically in the liqueur category, as a segment of the market that had a lot of artificial ingredients, not a lot of transparency, and had room for a lot of creativity,” Tepper says, “so we decided to make liqueurs.”

While Apologue Spirited Liqueurs is heavily inspired by the creative freedom and exposure to its industry, the business adds another layer of making an effort to be environmentally sustainable. Although this aspect of the company was not at the forefront of the business’ original idea, it authentically integrated itself through the development of the company. As the idea became a reality, sustainability became a natural foundation for Apologue. The primary ingredients of the products are all sourced from companies in or near Chicago. By learning more about the impact environmental sustainability makes on a business, Apologue has prioritized urban agriculture/sustainability, hospitality, and social justice.

Apologue Liqueurs boasts several overall impacts, ranging from social to environmental. As a company, they have volunteered over 200 hours with local community farms and gardens to teach and inspire Chicago residents about organic, clean ingredients. They also partner with companies such as Rumi Spice and small, local bars to elevate businesses and mutually benefit these consumer bases. Tepper says the company is not very selective about who they work and associate with because they believe in bringing clean ingredients and liqueurs to all kinds of crowds, though their main base is environmentally-minded.

Apologue also serves to impact the landscape by only sourcing from companies within a 250-mile radius of their production facility on the South Side of Chicago. The ingredients, all organic and non-toxic, are composted after use.

“It’s really exciting to learn all the new ways we can be sustainable,” says Jordan Tepper. “I love hearing about recyclable packaging or trying to cut back on our energy usage. That’s a big part of why we want to get our own production facility one day.”

Tepper’s dream for Apologue is to own their own distillery so they can have more control over the environmental footprint of their product than they do now. Another long-term goal is to collaborate with other regions of the country and world to help them learn how to use local ingredients in high-end liqueurs.

While Tepper and Haynes are interested in their business’ global potential, they continue to see how their sustainable idea improves their business. Back in 2016, Tepper and Haynes discovered an underserved niche within the liqueur industry, an industry traditionally full of artificial ingredients. These two men saw the opportunity to use natural, local, and seasonal ingredients as a niche to explore outlets for locally sourcing primary ingredients in their beverages. This prospect catapulted their business forward into an unexplored realm and was a triumph.

Additionally, it created a competitive advantage against the other liqueur suppliers, especially in the states where Apologue Spirited Liqueur products are served. The company continues to tread in the uncharted territory within the liqueur sector, but the risk taken in the rareness of flavors and ingredients has been a success in the market. The unique perspective and ingredients are an opportunity for further growth as a local to global business. Apologue Liqueurs began with two employees and added three more people to its staff.

The hard work of the Apologue team has been recognized for how its creativity leads to success. BonAppetit named Apologue Liqueurs as a “Top Regional Spirit '' this past year. With the direction that Apologue Liqueurs is headed, this will likely not be the last acknowledgement of its achievements within the next year.

Tepper’s favorite part of Apologue Liqueur’s sustainability aspect steps beyond the dispensaries, bars, and restaurants but rather in working with community partners. During Volunteer Days, Apologue teams up with organizations, such as Advocates for Urban Agriculture and Plant Chicago, to help them prepare for the harvest season. Tepper describes these days with delight and accomplishment, saying how it feels like “rolling up your sleeves to get something done.” Community is a key component of the philosophy behind Apologue Liqueurs, as it is vital for hospitality businesses. Apologue Spirited Liqueurs’ community spreads further across the state of Illinois and region of the Midwest. It is proud of the community it has built with local farmers across Illinois and Indiana that provide the ingredients in its beverages.

The social and environmental aspects of Apologue Liqueurs benefit the communities. By locally sourcing the ingredients and spices in the liqueurs, Apologue is leaving a smaller footprint in the environment. The distance between the suppliers and the producers minimize the transportation and allows the producers to know exactly where their ingredients come from. For example, Tepper explains that the persimmon is “a tree fruit, we get...from Indiana.” Looking to the future, Apologue Liqueurs hopes to grow its company to produce regional liqueurs across the United States and around the globe. With this, an even smaller footprint will be made from locally sourced products in different regions of the country and world. The employees at Apologue continue to learn more about the environmental benefits, aspects, and challenges of their company. Tepper explains how he and Haynes incorporated environmental sustainability since the beginning of the company.

“We always wanted to be conscious of that,” Tepper says, “but as we learn more we want to do more.”

Taking the next step, Apologue Spirited Liqueurs is working on having its own distillery space so they can control even more of their environmental impacts while growing as a business, community partner, and one-of-a-kind creators of craft liqueurs. 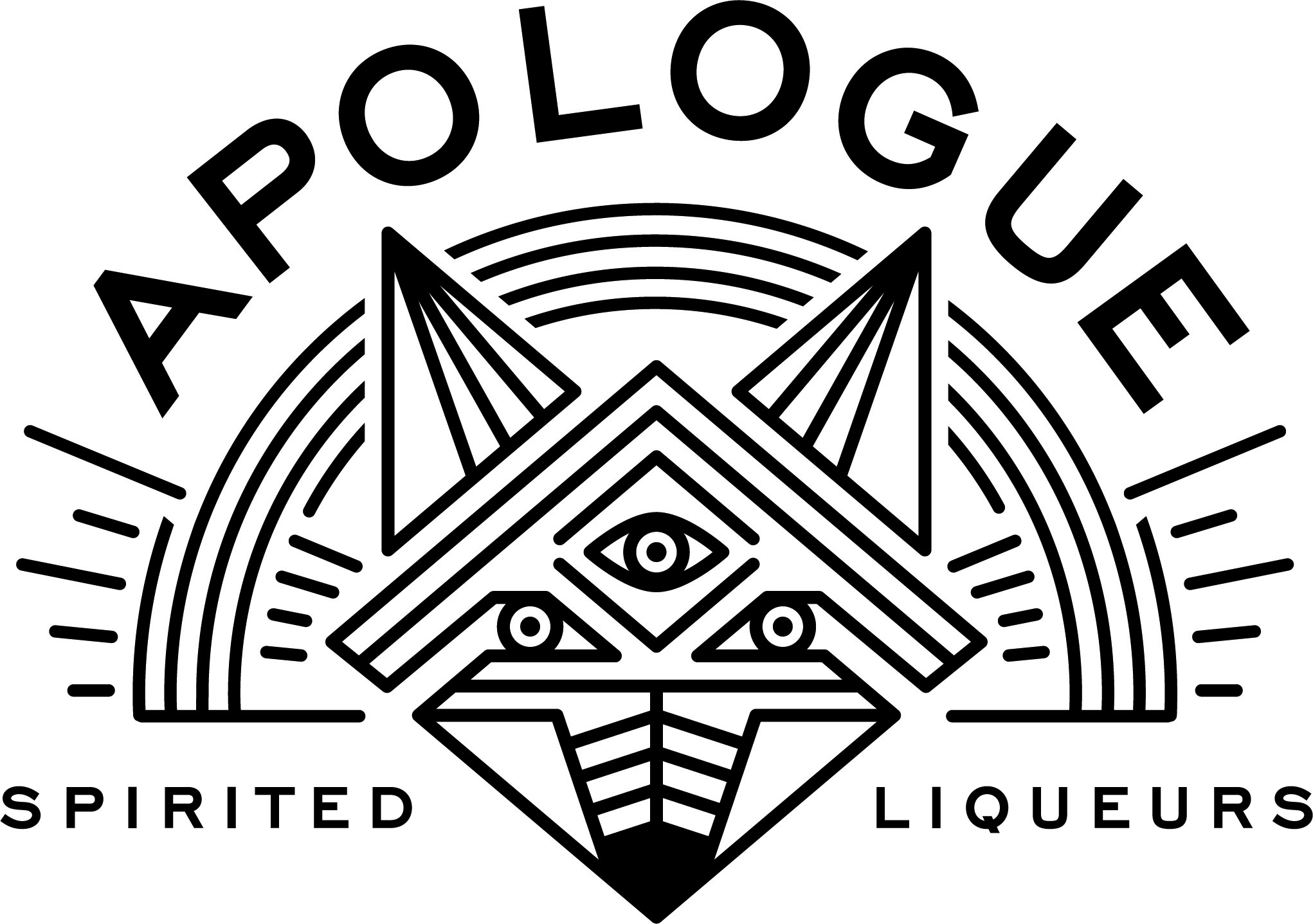 Apologue Liqueurs is a certified B Corporation that strives to change the face of liqueurs by using all natural, locally-sourced ingredients in their products. With just three years under their belt, Apologue already has a bi-coastal presence across twelve states and hopes to one day become global.