Serralles Rum Distillery in Puerto Rico has come up with a novel way to deal with left over water and organic material from their distillation processes. In past years, they would dump the left over mash into nearby sugar cane fields. However, as sugar cane production moved out of Puerto Rico, the water began to have trouble percolating into the ground and created harm to the environment and local communities. To address this problem Serralles developed a sustainability process to address their water issue, and also began to address other environmental issues such as their CO2 emissions, waste produced by packaging, and others.

In the early 2000’s Serralles Rum Distillery identified a problem in their manufacturing process. After the rum has been distilled, the left over water and organic material from the mash has to be disposed of, normally by dumping it onto sugar cane fields. However, as the global economy has grown, sugar cane production has moved out of Puerto Rico. This has caused Serralles to dispose their waste water onto an abandoned field near the distillery under a local permit. This permit specifies that only a certain amount of water can be on the field at any given time. This created a problem for Serralles, as the waste water they produce is full of organic matter and does not percolate into the ground quickly. They discovered that when it began to rain they would have to stop production, so as not to exceed the amount specified by the permit. Also, as the waste water slowly percolated it would create water issues and odors that affected local towns. Roberto Serralles joined the company to address this issue, but ended up developing a sustainability road map to solve this and other issues the company faced.

In 2004, Roberto Serralles was finishing his doctoral dissertation for his PhD in Environmental Studies from the University of Oregon. He received a call from home, asking him to help consult on the company’s water issue. 12 years later he works at the distillery as Vice President of Business Development. Part of his job includes working on his company’s sustainability plan. Roberto helped to revolutionize the production process to do less harm to the environment, and to also create value for the company and local stakeholders.

On the company website is a chart showing the sustainability initiatives and vision built into each step of the distillation cycle. It begins as inventory comes in the door. The company recycles all cardboard products, and even wood chips the pallets that are left at the distillery. These wood chips have been sold as mulch in bags and in bulk. They have also been tested mixing the wood chips with local mud and organic matter removed later in the process. By selling this mulch to local farmers, it helps decrease waste and offset marginal costs. The next step in the process is the collection of CO2 from the fermentation process. During the fermentation process the mash gives off CO2, which the company captures and sells to local soda companies. This allows the company to decrease their environmental footprint, while also decreasing marginal costs and helping local businesses.

The largest part of the company’s plan is to remove the biomatter in the waste water they produce. First they treat the waste water with anaerobic bacteria. This process breaks down around 70% of the biomatter and also gives off biogases composed mostly of methane gases. After this process the water is treated aerobically and converted into irrigation grade water, which is then used to water nearby fields. Originally the water was planned to be used to irrigate a nearby golf course, but as Roberto joked about in our interview, the leftover color from the waste water would cause the grass to turn brown. Now it is used to irrigate nearby fields. The last step in the process is saving the Biogas created during the anaerobic process. This gas can be used as a fuel in the boilers used in the distillation process. Roberto said this has allowed the company to reduce up to 50% of the fuel oil used to run the boiler. 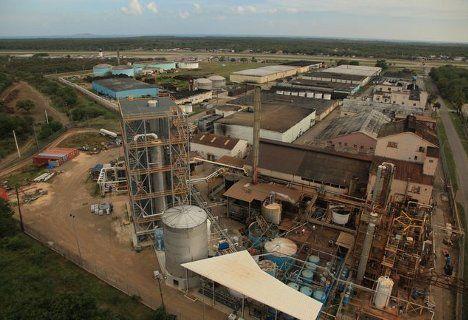 As we were wrapping up our interview, Roberto shared his view of business sustainability, which I felt was a great way of summarizing our interview. “Sustainability is not a destination; it is a commitment.”

The Sustainability program enables the company to reduce their own costs, while also decreasing the environmental footprint of the company. By capturing CO2 gas and selling it, the distillery decreases the amount of CO2 they release into the environment and decrease costs by using the sales from selling the CO2 to offset expenses. By wood chipping the wooden pallets and cardboard that their supplies come in and converting it to mulch, they decrease wastes and once again have a revenue stream to offset costs in the distillation process. Both of the steps in the process allow the company to also help local businesses by providing local sources of CO2 and mulch for small businesses. By using the Biogas produced from anaerobic process, the company saves on fuel costs, while also decreasing the environmental harm created in using oil to run their boilers.

The revenue streams created by selling the mulch and CO2 allows the company to offset production costs. While the company does not make enough off these products to consider them profitable streams, they are very useful to decrease production costs. Also by using the gas created during the anaerobic water process to decrease oil used in the boilers, they can decrease the usage of an expensive fuel source.

The sustainability plan helps decrease the company's footprint in the local community. Before, when the waste water produced did not percolate into the ground, it created an odor that blew into local communities. By turning the water into irrigation grade water eliminates this issue. It also helps provide water for local farms that couldn't be used elsewhere. By capturing the CO2 gas instead of releasing it into the air, they decrease the greenhouse gases they emit in the distillation process. Finally, by creating mulch from cardboard, wood pallets, and leftover organic matter from the water purification process they are able to reduce waste created.

This sustainability program touches on several UN Goals such as Clean Water, Affordable and Clean Energy, and Responsible Consumption. The main focus of the plan is address the company's water waste. By purifying the water into irrigation safe water, the company helps reduce potable water used in irrigation. The company uses the biogas from their aerobic process to reduce the fuel oil used in the boilers to help produce clean and affordable energy and reduce their costs. Finally by making sure they re-purpose as much of their waste as they can they touch on Responsible Consumption. By turning their leftover cardboard and organic material into mulch they drastically reduce the waste created by the factory. 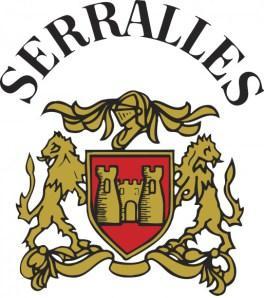 Ponce, PR
Business Website: http://www.destileriaserralles.com/
Year Founded: 1864
Number of Employees: 51 to 200
The Serralles Distillery is a Rum Distillery in Ponce, Puerto Rico known for producing the Don Q line of rums. The Distillery was founded in 1865 by Juan Serralles, and is a privately held company having stayed in the family for 151 years.