The production of False Dilemma’s luxury clothing is based in Finland, close to the end users, thus avoiding emissions that shipping and transporting the clothes from faraway countries of manufacture otherwise would cause and hence contributing to SDG 13. Basing the production in Finland – instead of using cheap labor abroad – also creates new (decent) jobs, and hence promotes the target of SDG 8. Moreover, the clothes are made from high-quality materials with the intention to make them last longer, which, in turn, promotes sustainable consumption and contributes to SDG 12.

The clothes in the False Dilemma collection are designed and crafted in Finland. This has a positive impact on both the society and the environment.

Emissions produced by transportation is one of the factors accelerating the greenhouse effect. The majority of clothing exports come from Asian countries. As False Dilemma’s clothing is produced in Finland, production is close to the end users, which reduces the amount of emissions caused by transportation. Moreover, contrary to many fast-fashion brands that in general do not design their clothing to last, False Dilemma’s clothing is made from high-quality materials with the intention to last longer. This, in turn, contributes to reducing the consumption.

The crafting and production of clothing in Finland supports and enhances employment. Companies in Finland follow work legislation and collective agreements, which ensures decent and safe working conditions for everyone.

As we asked the founder of False Dilemma, Aki-Jussi "AJ" Suoniemi, what made him establish the brand, he answered: “I want to make people feel confident in clothes that look good and that you can have and wear season after season without it going out of style or being tacky.”

We continued asking Suoniemi why he chose to manufacture the clothes in Finland rather than abroad. He answered, “I want it to be made in Finland, I like the idea that the clothes are made in Finland. Take this sweater, for example…,” he continued pointing at a False Dilemma sweater he was wearing. “...The seamstress who made the prototype; Eurokangas, from where I bought the materials; the laundry service where I took the materials before I made them into hoodies…to get it shrunk [...]; then the people that made the patterns; then the people who sawed this; then the people who did the embroidery [...] were affected, got paid, got food on the table [...] because this sweater was made.”

We kept discussing the environmental impact of the fashion industry, and when we asked Suoniemi about his take on the fashion industry being one of the top polluters, his answer was, “I think fast fashion is the problem [...], it is overbuying items that are just poorly made and that are just gonna get thrown out and new stuff is gonna be bought. I’d like to make clothes that will last for at least a few years [...]”

According to Suoniemi, his brand is still so small that it might not have any bigger impacts yet. However, his company uses the services of companies in the local area, creating decent job opportunities in Finland and thus contributing to improving the national employment situation.

The world is filled with all sorts of different fashion brands with varying missions and visions. Many of these brands are also available in Finland, which makes it important for newly established clothing companies to position and differentiate their brands from the existing ones.

Even if many companies to some extent include corporate sustainability in their strategies, it is rather uncommon to make it a central guiding value. False Dilemma's choice, not only to design, but to actually manufacture all of the clothes in Finland, using Finnish fabrics, is a very unique and socially valuable strategy. In other words, in this case, False Dilemma's whole strategy is built on a differentiated social innovation, which will give the company a unique position in the market and in that way a competitive advantage.

This innovation benefits both the society and the environment. False Dilemma creates and offers decent jobs in Finland, which reduces unemployment, enhances the skills of the Finnish labor force and produces tax money. This, in turn, contributes to SDG 8.

Environmentally, the greatest benefit of the innovation comes from lowering the emissions related to the growth of cotton and transportation of the end products. Due to the high levels of emissions normally associated with the clothing production, the fashion industry is considered one of the major polluting industries in the world. The production of False Dilemma’s clothing takes place in the Finnish cities Tampere and Kuopio, and the end products are thus close to the end users, which eliminates the need for long transportation of the products. Furthermore, the sweatshirts are made of organic cotton, which saves water and reduces the carbon emissions associated with conventionally grown cotton, and – contrary to synthetic textile fibers – is completely biodegradable. Hereby, the innovation contributes to SDG 13.

Moreover, False Dilemma’s clothing is made of high-quality materials, which makes them long-lasting and reduces the need for buying new clothes. This lowers consumption, thus contributing to SDG 12. 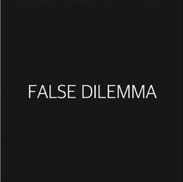 False Dilemma is a Finnish clothing company that produces high-quality clothes. The company was founded with the vision of creating a Finnish luxury streetwear brand. All clothes in the False Dilemma collection are designed and crafted in Finland.