The company is at the forefront of the industrial and consumer sectors through innovations, brands, and technology in three business areas. The company's mission expresses what all Henkel employees agree on: Pioneers at heart for the good of generations.

Through an integrated approach to all sustainable development goals, Henkel is able to form a community of caring people among its employees and customers.

Henkel’s activities and initiatives make a particularly strong contributions to Goal 8 (decent work and inclusive, sustainable economic growth), Goal 12 (responsible consumption and production) and Goal 4 (quality education) that is very closely related to many of Henkel’s activities around social topics.

The main innovation of the Goal 4 is Henkel's Forscherwelt (Researchers’ project World). The company teaches children of elementary school age a love of science through interesting experiments, during which children can feel like real researchers. In 2021 Forscherwelt celebrates its 10th anniversary. The company also trains its employees. Training is carried out during daily work and with the help of rotation between departments. Training provides an opportunity for employees not only to improve their professional skills, but also to learn what sustainable development is and how everyone can contribute to it. In addition, Henkel also trains its partners to help make their production environmentally safer.

Henkel is actively pursuing Goal 8. The company promotes sustainability among its employees, partners, and consumers. Henkel’s 20-year goal for 2030 is to triple the value it creates for the footprint made by its operations, products and services. The company also works with palm oil producers to help them make their production more sustainable and then enter the international market, thereby enabling oil producers and their employees to improve their quality of life. Henkel also pays attention to its own production.

Henkel strives to improve the environment and thus benefit both the planet and people. The company understands that it is responsible for packaging and is committed to making it completely recyclable. Henkel also makes sure that the packaging materials are also produced in a sustainable manner. Moreover, Henkel works with companies that help organize packaging recycling in developing countries. All these actions help the company to achieve 12 goals. To make the implementation even more efficient Henkel attracts specialists from a wide variety of industries to help find innovative solutions for the breakdown associated with sustainable development. 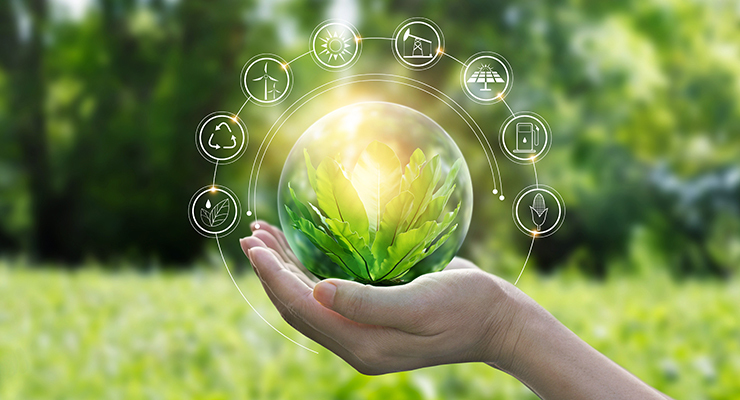 We don’t have a motivation. We have a responsibility and commitment to support sustainability as we understand the importance what happens to the planet» said Henkel representative in Russia.

The idea that explains why responsible-minded behavior is significant. More and more initiatives are being launched to encourage today’s consumers to change their habits now. For example, the company joins forces to show consumers how they can cut their carbon footprint without sacrificing their quality of life.

Since employees are one of the driving forces behind a successful organization, the company quickly realized the need to invest in their development and comfort. Henkel encourages its employees to contribute to sustainable development in their daily business lives and as members of society. Henkel employees have gone through training about sustainability since 2012. As a result, «they’re now actively sharing their knowledge across the company’s sites worldwide» and helping generate understanding and enthusiasm about sustainability among the next generation by visiting primary schools.

Through direct conversation and support for dialog platforms, Henkel aims to share its unique knowledge and gather insights – and then integrate what they’ve learned into products, services, and business activities.

Thus, we see Henkel realizing the goals of sustainable development, as it understands that in the coming decades "the world will face serious challenges," such as population growth, climate change and environmental pollution.

Henkel’s sustainability strategy is built around the concept of creating more value – for their customers and consumers, for the communities they operate in, and for their company – while reducing company’s environmental footprint at the same time.

The company is dedicated to supporting smallholder farmers who produce oil in a more sustainable way. By 2017, the company had already confirmed partnerships that increased the supply of sustainable palm oil and palm kernel oil on the global market by a volume equal to our total expected demand for these materials. Henkel have set a clear target that each new product must contribute to sustainability. In line with this, the company systematically assess products throughout their innovation process. The company also makes sure that its partners and suppliers meet Henkel sustainability standards.

The company creates sustainable packaging and uses technologies and strategies in production that help reduce environmental pollution. In achieving this goal, the company is helped by cooperation with partners from various industries, including the recycling industry. The company has also developed the Henkel Footprint Calculator, which helps people calculate their CO2 emissions.

With regard to short-term effects, for Goal 4 it is to disseminate information about how each person can contribute to the environment, as well as to break down stereotypes and misconceptions about this topic. The long-term effect of Goal 4, the company will have a strong impact on the growing generation, thereby contributing to environmental care and conscious consumption. In relation to Goal 8, the short-term results are the creation of additional value for Henkel's employees and an increase in the company's competitiveness. Finally, for Goal 12, the short-term result is a reduction in the company's pollution.

Since the business is run in parallel with its sustainable development goals, Henkel certainly benefits from this.

First of all, through certain social programs aimed at educating employees on a positive impact on the environment, Henkel has formed a community of loyal and highly motivated employees. Thus, in 2018 Henkel Singapore received a gold award (The HR Excellence Awards 2018) for “Excellence in CSR Strategy”, becoming the first company in Singapore where all employees are committed to protecting the environment as Sustainability Ambassadors. Moreover, from an HR perspective, Henkel's commitment to sustainability and social involvement have strengthened their position as an employer of choice, internally and externally.

Secondly, with the development of Goal 12 (Responsible consumption and production), Henkel creates environmentally friendly products and innovative recyclable packaging. Additionally, in order to quickly and reliably determine the recyclability of new packaging, Henkel has developed the software tool EasyD4R, which is used throughout the company. Otheк organizations can also use this tool free of charge, and Henkel has received highly positive external feedback in this respect.

Thirdly, buyers develop a positive image of the manufacturer. In this way, Henkel was the first global consumer goods company to enter into a partnership with the social enterprise Plastic Bank in 2017. As part of the partnership, three new plastic collection centers have been built in Haiti and a total of 63 metric loans of plastic have been collected. The company itself has received universal approval and trust.

Finally, sustainability initiatives, forward-looking outlook have helped Henkel attract more investment. Henkel shares’ success story goes hand in hand with the successful development of the company. Since the flotation, Henkel has made full use of its improved access to the capital market. The issuance of shares provided the company with a stronger financial base and more scope for acquisitions, thus significantly accelerating its international expansion. Today, Henkel generates more than 85 percent of its revenues outside its home country, its stocks are preferred worldwide and is thus among the most international companies in Germany.

Henkel aims to pioneer new solutions for sustainable development while continuing to shape its business and increase its economic success. Since Henkel's products and technologies are used millions of times around the world every day, the company has integrated environmental and social criteria into its innovation process so that every new product contributes to sustainability.

"We take responsibility for the safety and health of our employees, customers and consumers, the protection of the environment and the quality of life in the communities in which we operate." – Henkel’s corporate value. Pollution, climate change and global warming, population growth, poverty: our planet faces some severe challenges – and innovative products and technologies can provide a solution by improving quality of life while consuming less resources. That is why Henkel actively supports the achievement of SDGs.

Henkel's focal areas are divided into two dimensions: “more value” and “reduced footprint.” They aim to increase the value the company creates in the areas of “social progress”, “safety and health” and “performance”. In the areas “energy & climate”, “materials & waste” and “water & wastewater”, Henkel aims to further reduce the resources they use and hence the ecological footprint of their operations and products.

Konstantin Yurievich Galizin, Head of the Organizational Development Department of the Sales Department for Russia and the CIS Henkel 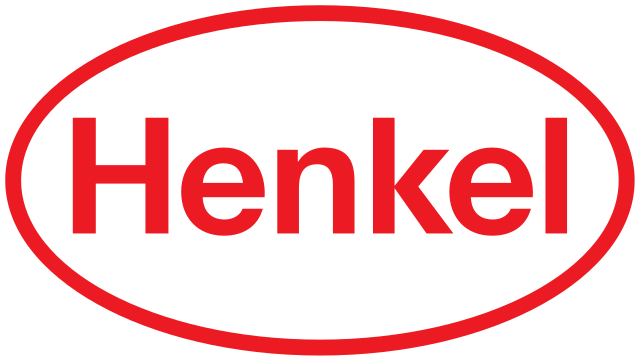 Henkel is a large international company rooted in 145 years of history. Henkel offers cutting edge innovations, brands and technology across three business areas: adhesive technology, cosmetics, and laundry and home care products. As a recognized leader in sustainable development, Henkel is a leader in many international indices and rankings.