Two sisters who seek to help women with their menstruation by raising awareness and offering a big variety of products.

As a matter of fact, more than half of the world’s population are women, most of them have their period for approximately 40 years and the amount of waste from single-use products is enormous but even today it is complex to find a product that is accessible for women in every social and economic scale, and is friendly to the environment and to the woman’s body.

Another innovative fact is that this enterprise accompanies their clients not only through purchasing products but also with any other questions they might have. Isha guarantees good attention so their clients feel safe talking about their menstruation and helping them to freely choose which product they want to buy and which one adapts better to their bodies and necessities, offering to solve every question about the products or even about female anatomy. 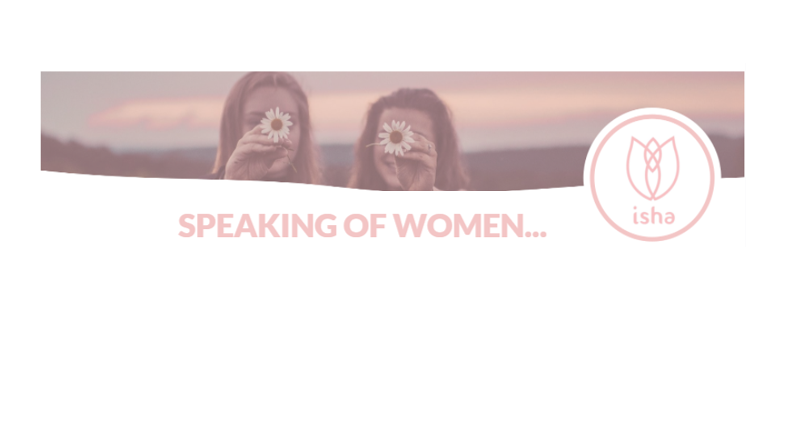 When we interviewed the founders they told us that their “impulse was to see how much misinformation existed regarding menstruation, so much disgust, it was not spoken, when someone mentioned it the people looked weird, so it was then when the idea of fighting against the current [trend] and making this topic a normal conversation was born. Also, there was no reference in a company that was seeking the same as us and when we started it was almost empirical, through social media we begin to trace the path that we wanted to follow and that in the future it would become Isha Colombia.”

In the short term it can be seen how her blog and her donations have grown and reached many parts, it is a space where women can tell their stories and experiences with their cycle. Isha has been able to help more women in the world thanks to the help that they receive from the people who decide to contribute, they give hygiene kits, menstrual cups, reusable towels and other products which can serve low-income women. Not everyone in the world has the same accessibility to these resources, so this has been a goal that has been growing from the beginning.

In the long term, it is expected to be able to generate more trainings and talks so that more women can raise awareness about their body and how these products favor their body and the environment. Isha Colombia hopes to reach many more parts of the world and that in the future all its products will be manufactured in Colombia.

According to company figures, Isha has been growing at an average 20% to 25% each year. Since they began it was somewhat difficult, since at the end of 2015 and 2016 there was still a lot of ignorance or taboo regarding the issue of menstruation, so sales were very low, with the passage of time this changed, since year after year their sales were improving and more people were interested in acquiring the products of this sustainable company.

Another considerable factor, recognized as an achievement, is that they have managed to distribute their products in various parts of the city, women arrive who want to join the Isha family and begin to earn income thanks to the brand, they sell and are trained on the subject. Isha is not only in Manizales, they have been expanding to other parts of the country thanks to their distributors, they are in Bogotá, Medellín, Popayán, Cali, Cúcuta, among others and even women come from different parts of the world such as Greece, Tokyo , Spain, New York and more places where they want to buy the products.

Since its creation, Isha has impacted society with talks and dialogues to all its clients, generating more awareness in women about the importance of hygiene in the vaginal area, the effects that disposable pads and tampons cause on the pH of the women and something very important, sex education. On the other hand, despite not having as their main objective caring for the environment, they have generated a great positive impact on it, since more and more women are starting to try and use their products in various parts of the world, leaving disposable tampons aside, which cause great damage to the environment because tampons with their wrappers, applicators and adhesive strips, which take more than 300 years to degrade and a single woman can use from 7,000 to 18,000 tampons in your life, with this information we can realize the valuable and gigantic impact that Isha is making through its products.

Isha is a business founded with the purpose of helping women to live their period more conscious of the environmental impact and the care for their bodies; working not only for the idea of making profits, but to create a community in which women can feel safe talking about topics such as feminism, sexuality, menstrual education, and others.