Continuous monitoring and adaptive control (CMAC) uses a cloud-based stormwater management system to control/manage water flows in combined sewers prior to and during storm events. By having the ability to manage the flow of water to treatment facilities, CMAC minimizes the amount of raw sewage flowing into creeks and rivers. The main purpose of this technology is to prevent combined sewer overflows (CSOs) -- minimizing raw sewage and contaminated water from entering into waterways.

Opti's innovation is a cloud-based stormwater management system providing continuous monitoring and adaptive control using remotely-controlled smart valves and algorithms to manage the rate and volume of runoff entering combined sewer systems during storm events. Another purpose of managing discharge within the storm sewer system is to avoid flooding and to minimize the overflow of raw sewage into waterways. By incorporating smart-valve technology and cloud-based management of the sewer system, the upgraded infrastructure optimizes the flow of wastewater processed by water treatment facilities before discharge into creeks or rivers. It also minimizes the amount of untreated raw sewage that flows via combined sewer overflows (CSOs) into waterways during storm events. In addition to reducing the amount of contaminated water, implementing Opti's system helps to eliminate or minimize surface flooding over roadways and onto adjacent properties. The algorithms built into the management system approximate the amount of rainfall and runoff associated with a storm event (based on predictive forecasts), and optimizes system flows based on the sewer infrastructure capacities both before and during the storm event. 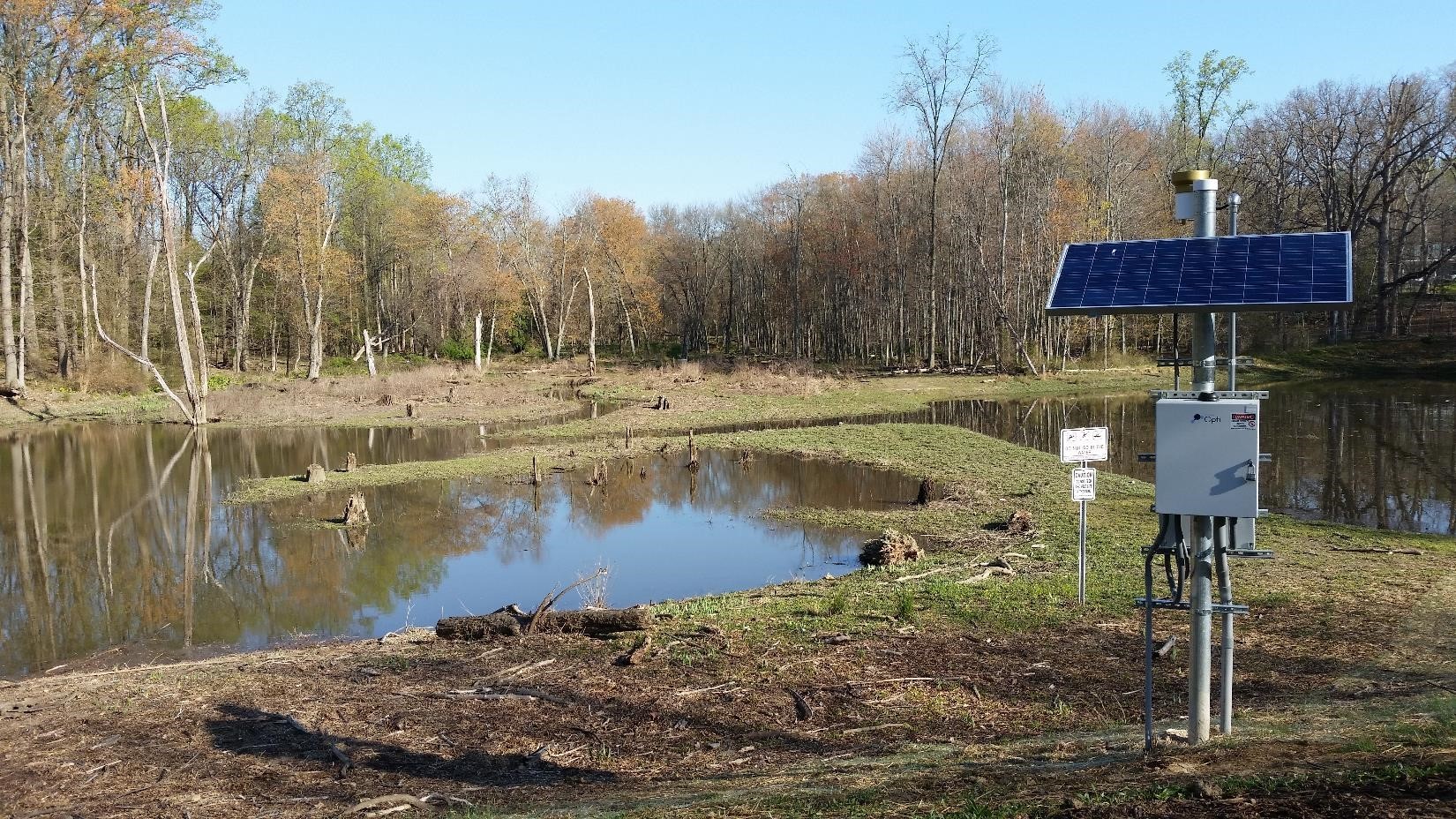 In today’s unpredictable climate, which exacerbates excessive flooding, droughts, pollutant-laden runoff, and agricultural and urban water deficiencies, Opti “determined [that] the need for a smarter stormwater management infrastructure was critical.” Understanding the need for a "smart" infrastructure to transform combined sewer systems, Opti created what is referred to as Continuous Monitoring and Adaptive Control (CMAC) technologies. “Stormwater infrastructure has traditionally been designed passively,” which refers to storm drainage systems that filter by using gravity. The problem with combined sewer systems (i.e., systems that collect and divert both stormwater runoff and sewage) is that most do not have sufficient capacity to manage water flows during heavy rainfall events. This causes a phenomenon called combined sewer overflows (CSOs), which results in excess wastewater bypassing sewage treatment facilities, thereby discharging contaminated water directly into rivers and streams. Untreated wastewater discharge can harm water-dependent species due to contamination from raw sewage. Opti recognized the need to better manage stormwater runoff into sewer systems to optimize the volume of flow conveyed to treatment facilities which, in turn, significantly increases the quality of public water sources.

In general, this innovation revolves around generating clean water, better infrastructure, sustainable cities, and focuses on the UN Sustainable Development Goal, "Life Below Water." Civil engineers from different cities are under pressure to solve challenges in which Opti can assist by providing a service and aiding decision support to help address flooding, water quality issues, and regulatory requirements. This is done using real-time data that the technology collects and then using this information to learn and engage meaningfully with the system.

A short-term impact of this technology is that the reserve capacity for water can be optimized during the peak of a storm. This stormwater is segregated to prevent sewage from flowing directly into public waterways. Stormwater can be maintained indefinitely, depending on the size and impact of the storm. Afterward, sewage has time to clear the system and stormwater is treated to ensure there is no contaminated water being mixed into waterways. While this is one example, Opti works in many different areas creating changes that affect various people.

Humanitarian issues can be considered in the longer term. Communities that lack the means to receive clean water may have a sustainable permanent solution using this technology. By maintaining a reserve of water after storm events, overall water quality (in both basins and public waterways) is increased. There is also a health benefit. When raw sewer water and stormwater are combined in the same system, it can cause an overflow and contaminate multiple sources of otherwise clean water. CMAC technology prevents combined sewer overflows by optimizing water diversion before, during, and after a storm event. For example, in Philadelphia, a passive site without CMAC technology would have only prevented 36% of wet-weather flow during a recent period of analysis, but the CMAC-enabled system prevented 98% of the total flow of stormwater into the sewage system.

CMAC technology has dramatically benefited Opti and will continue to create future success for the company. According to Opti’s CEO, Marcus Quigley, “revenue has increased tenfold” since the company started four years ago, doubling in the past year alone. Opti currently has 20 employees and has been operational for approximately four years. Their products have just started being implemented by sewerage authorities. The number of employees is expected to increase dramatically as the need for CMAC technology increases for operators of combined sewer systems. Many cities contain combined sewer systems, and as more sewerage authorities incorporate advanced technology products (including smart valves and cloud-based management services) into their sewerage facilities and systems, Opti will be required to increase staff levels to meet the demand.

Given the company's current rate of growth, retention of existing staff and maintaining employee well-being will be critical as staff levels also increase. The company will continue to expand its services for existing clients and secure contracts with new sewerage authorities.

Before forming Opti, the company founders worked in the engineering consulting industry, providing services to address problems involving the environment, natural resources, and civil infrastructure. Understanding the need to better manage combined sewer systems to reduce water pollution, they created their existing proprietary technologies. New investment opportunities are now opened because of the scalability of CMAC technology and its potential use throughout combined sewer system service areas nationwide and overseas.

Combined sewer systems convey both sewage and stormwater runoff (during storm events) to sewage treatment plants, where the combined flow is treated before being discharged, or released, into nearby waterways, typically into creeks or rivers. During storm events, the stormwater runoff often produces flows that exceed the capacity of the combined sewer systems. Under these conditions, the combined sewers typically flow under a surcharged, or pressure, condition, with sewage often backing up throughout the systems, flooding roadways and properties. To minimize property damage and roadway flooding when the sewers flow over-capacity, combined sewer overflows have been incorporated into combined sewer systems, which allow excess flow (including both stormwater runoff and raw sewage) to bypass treatment plants and discharge directly into nearby waterways. As a result, during rainfall/storm events, raw sewage is frequently discharged directly into creeks and rivers which, in turn, results in an adverse environmental impact on fish, aquatic plants, and benthic macroinvertebrates in the waterways, as well as other water-dependent flora and fauna species. The impairment to waterways from sewage overflows often extends to waters used for recreational purposes, such as fishing and swimming. Numerous beach closings in the aftermath of storm events occur annually due to high fecal coliform/bacteria levels.

With the incorporation of Opti smart valves and the cloud-based management system, the operators of combined sewer systems will be able to better manage the operation of the sewer systems to minimize surcharged flow conditions, including surface flooding due to backflow through sewer systems, thereby optimizing the sewer system capacities particularly during storm events. In turn, the Opti system will maximize the volume of combined stormwater runoff and sewage flow that is conveyed to water treatment facilities, minimizing the amount of raw sewage that is discharged directly into waterways during storm events. The incorporation of the Opti system will help maintain water quality, benefiting all water-dependent species along the waterways, and minimize impacts to recreational uses of downstream waterways. 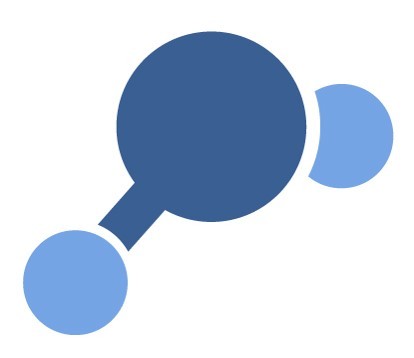