Energy communities are increasing and organizations are creating opportunities for these communities to consult with them on energy conservation. Members can use a platform that facilitates the exchange of renewable energy, in an energy community, and provides users with real-life information about their consumption and production.

Previously the energy market consisted of a small number of large producers of electricity and a large number of small consumers. Currently, there are more and more households and companies that not only consume electricity but also produce it from solar panels or windmills, which is why they are now called prosumers. When production exceeds consumption, at certain times, the electricity can be shared with others who need electricity. This is an example of what WeSmart is trying to optimize with their platform.

Energy communities are created in which renewable energy can be exchanged. When starting up such a community, the size has to be assessed and data is given to the authorities. WeSmart consults with this start-up. In addition, the platform offers consumers the opportunity to access their real-life consumption and production. Artificial intelligence and the internet are used to provide users with intelligent advice. For example, it would make a recommendation for the optimal time of day to use the washing machine.

Another organization, Greenbizz has partnered with WeSmart. It is an incubator for start-ups in Brussels that focus on sustainability. WeSmart uses the facilities of Greenbizz to use renewable energy produced by its own solar panels. For example, they reuse rainwater. 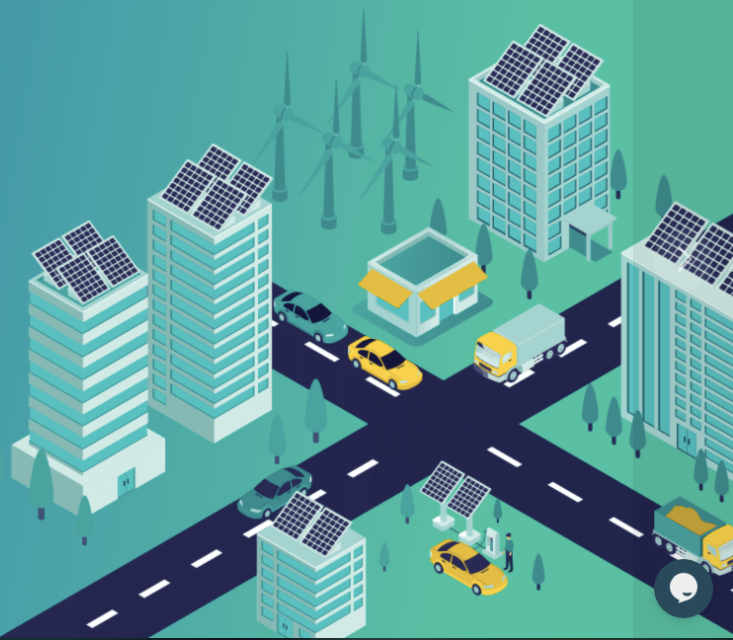 The inspiration behind WeSmart takes root in a very simple thought: renewable energy should be available to everyone. Based on this premise, the company developed a vision that resulted in the creation of WeSmart.

The founder of WeSmart, François Bordes, graduated from Polytechnique, Les Mines in France. Also, he was an advisor for the french ministry of ecology and vice-president of Cap Gemini, a French company that specialized in consulting, digital transformation, technology, and engineering services. All of these experiences, which related to renewable energies, gave him the background and a network to start WeSmart. His personal adviser, Marc Lepièce, was responsible for international development in a large company from Belgium. They both heard about the emergence of energy communities, and together they wanted to create a company that was directly linked to those communities.

WeSmart's vision was to eliminate the assumption that producing and consuming energy should be viewed as two separate concepts. Their purpose was to merge both concepts to create a new type of energy community. One in which, people produce and consume energy, at the same time, for their respective energy community. In 2050, it is expected that 83% of European citizens will be part of a local renewable energy community.

When it comes to WeSmart, we are talking about a completely new way of consuming energy. Considering this, it is more about vision than inspiration. The vision is based on a new idea linking renewable energies and community management.

The impact of the innovation provided by WeSmart is still in its incubation period. In fact, WeSmart is a very young start-up, and it has not yet reached the point where the vision of the company reached the point where results are visible in various communities. However, it is still possible to make projections on the future and the impact of their innovation. It is anticipated that by 2050, 83% of European citizens will live in energy communities and will work together inside of it. If those expectations are realistic, the impact of their innovation will be enormous. Additional factors also have to be considered, such as the new ways of working (telework), due to new managing methods. Also, the insurgence of the COVID-19 pandemic forced the need for an energy community. A virtual grid will connect the communities to energy providers to make it easier in those cases. By doing this, telework could become even more promoted than it is right now. The biggest impact that WeSmart wants to achieve is to democratize the use of renewable energies.

For now, we have to watch what the future shows of the potential evolution of WeSmart’s innovation and see if the impact it could have will be confirmed.

The benefits of this innovation in the business arena can be very beneficial. For every energy community that is created, there is a greater potential to consolidate the use of energy consumption.

WeSmart’s business model is articulated around two sources of revenues: they get consulting fees from managing an energy community and they get paid licenses to create an energy community. Also, energy is created and distributed within the community. Hence there is no exchange of payment. This is a huge change in the energy market. It was originally a binary relationship with one provider and one consumer of energy. This whole business system is being rethought through the concept of the energy community.

Society and the environment are affected in different ways by WeSmart's innovation. Because energy is produced and consumed locally in the green energy communities, money is saved which in turn can go to other business needs. For example, money can be invested in benefits for the community. Another social advantage that this innovation brings is the social link between the members of the community.

The impact on the environment is the global reduction in CO2 emissions. This is possible because production and consumption take place locally in the same community. In traditional electricity production, the generated energy must be distributed through the transmission network. Then it is transported via the distribution network to the end-user. The problem here is that there are always losses on these cables, which can amount to 1.45% and 3% for transmission and distribution cables respectively. The difference can be explained by the fact that the energy is transported at a lower voltage on the distribution network. By removing these intermediate links, these losses no longer occur and thus CO2 emissions are avoided that would otherwise occur when generating the energy that would ultimately be lost in transport.

Another environmental benefit that this innovation entails stems from the advice that the platform gives to users. The goal is to educate consumers and encourage them to consume smarter. For example, when is the right time of the day to consume the most effective use of energy and with what energy source. Sometimes consumers do not use the right devices. Therefore profits can also be made in terms of electricity consumption by using more economical alternatives. 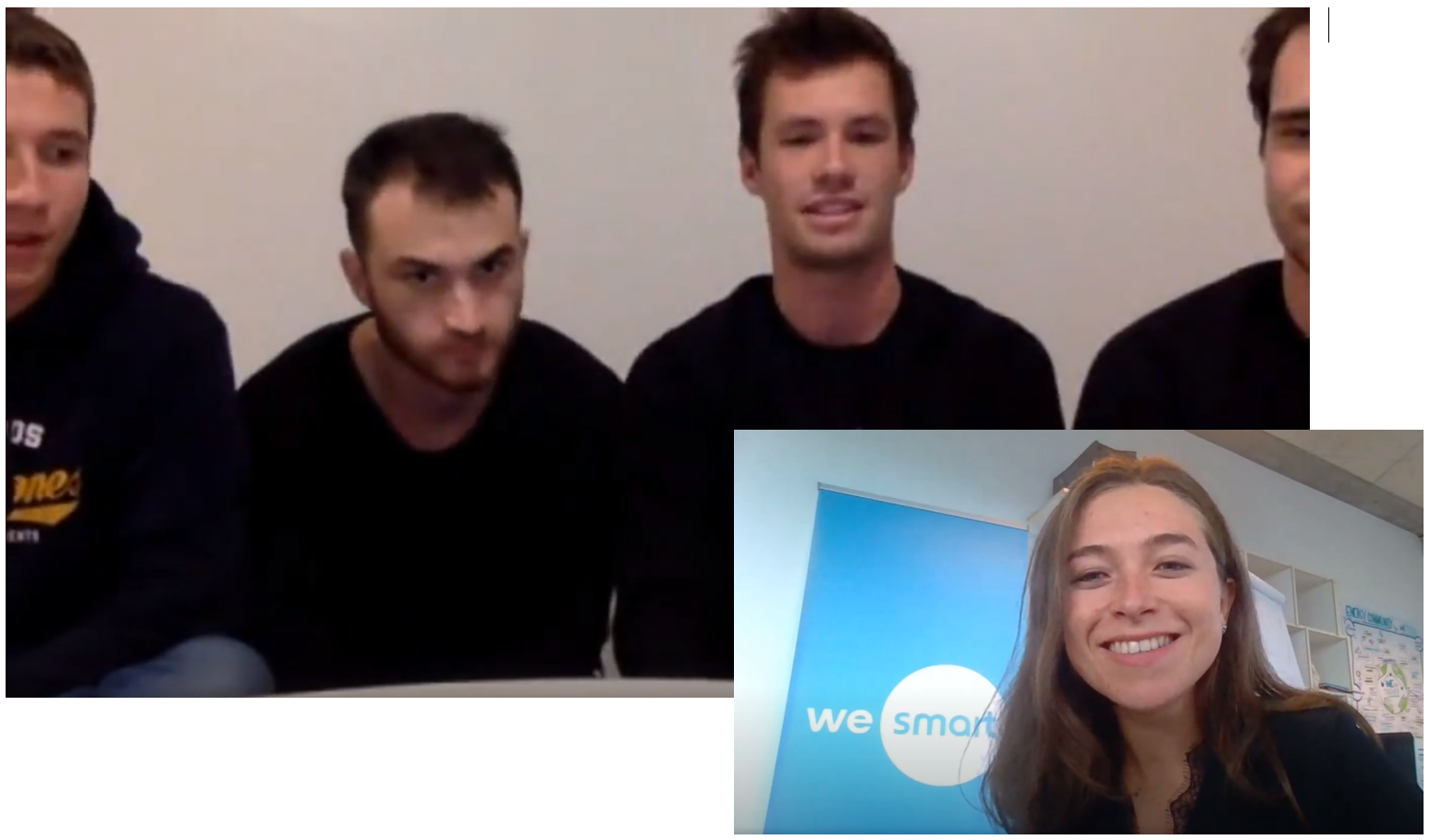 WeSmart is an organization active in the renewable energy sector. They have developed a platform that brings consumers together in an energy community. Their goal is to decrease CO2 emission and the use of electricity.