E&S Home Care Solutions is a healthcare firm located in New Jersey that offers medical assistance to anyone with physical disabilities or medical issues. They focus on improving all aspects of human health, providing certified home health aides who aim to stabilize clients' emotional, mental, and physical well-being.

E&S Home Care Solutions started in a small, self-funded office. Although Elkoun did not come from a medical background, he learned all the required material by tenaciously studying. He was able to apply sufficient knowledge to solve the issue of helping those who require better medical assistance. The business's primary service is to distribute health care aides for those who need physical or emotional assistance. E&S was initially located in South Plainfield, NJ. However, it eventually expanded to Lawrenceville and Elizabeth, NJ. Despite the firms being located only at these specific locations, they provide their services to numerous towns in New Jersey. Moreover, Elkoun did not request funding and built his service out of his pocket, not wanting to feel the weight of potential risk or debt. He believed that as a startup, guaranteed success is almost impossible. E&S Solutions is directly correlated with the UN Sustainable Development Goal #3, Good Health/Well-Being. In other words, this company's service focuses on ensuring that their clients receive the best support for all types of well-being from highly qualified aides. The primary market this company is established in is the healthcare portion of the economy. Furthermore, their services are not limited to specific demographics. Instead, they choose to improve human health overall. 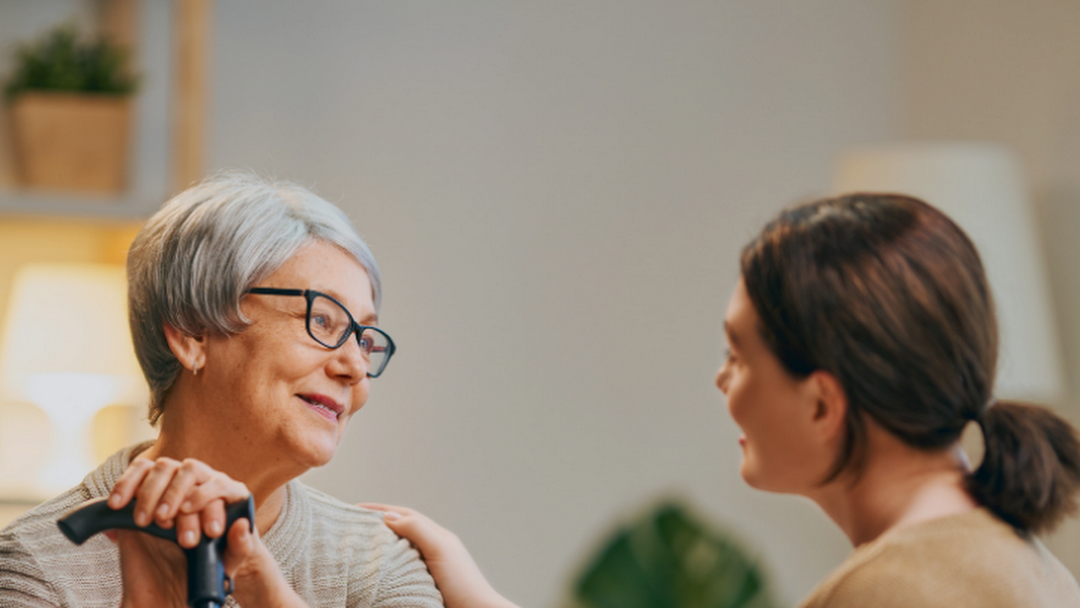 Sam Souhaib Elkoun, a former Marine who served the U.S. for eight years, faced a detrimental injury in Iraq, causing him to be treated at a medical camp. The nurse he encountered had a realistic yet unconventional recovery approach, which benefited Elkoun and allowed him to heal quicker compared to his peers. Her process was straightforward, and instead of constantly helping him, she made him do tasks independently. Elkoun claims that "Her approach allowed me to recover faster than the guys who were admitted before me." As a result of her unique attitude, it prompted Elkoun to think about the industry and how it functioned outside of the military. During the interview, he stated that due to this experience, he was inspired to implement a system in which everyone would receive the best type of aid and support to the fullest extent. When he is consciously aware of how his service improves a clients' life, he feels reassured that the core values he instilled into his firm will benefit the society around him.

As the firm has grown, E&S has developed further management innovations that benefit the business. For example, the staff team at E&S is an eclectic mix of individuals from all around the world, such as Nigeria and Morocco, who have a common virtue of working diligently. Their diversity also encompasses experience. While they do hire qualified individuals, they additionally train and educate inexperienced employees who are in the process of receiving their certifications. With the pandemic, Elkoun was also able to implement virtual teachings, which improved the ease of accessibility regarding employee education. Moreover, Elkoun greets each employee individually every day, which signifies how respect is a significant part of the company's core values. Alongside this idea of individuality, specific methods are implemented to assess employee engagement and performance. For instance, managers can see the number of calls staff members make to clients and how many recruits they have acquired daily. This innovation critically illustrates each employee's efforts to gauge their achievements efficiently and adequately.

Being a firm that provides a holistic approach to healthcare, E&S has set its purpose for helping patients regain their quality of life while maintaining their client's dignity and best level of individual function. Regarding short-term effects, the service helps those who require immediate attention. As aging accelerates, the elderly and the disabled who have difficulty carrying out their daily lives can comfortably live in their homes and receive support for various activities, including physical care and household needs. According to a former intern, "I was able to view those who needed assistance, and as soon as a nurse was available, as soon as possible, we were able to accommodate that aide to that client."

In regards to long-term effects, the greatest strength of E&S Home Care Solutions is that it is a human-based company and not technology-based. According to Elkoun, "Our business is a human-based business." While technology is continuously advancing, it does not replicate the service people can provide to help their clients physically and emotionally. Ultimately, emotional care can only be given by humans, so this firm will continue to be prominent in the future as it establishes more social bonds between the employees and clients. Moreover, over the past few years, there has been a nursing shortage, and according to a report from the World Health Organization, "the world may be short 5.7 million nurses by 2030" (https://www.usa.edu/blog/nursing-shortage/). As a result of the continuous growth of E&S, it prevents the nursing shortage from worsening while also educating and providing certifications to help countless of those who are in need.

While E&S Home Care Solutions aids society, the service's success also helps the business. One indicator of E&S' success is how the company started with $25,000 without any external funding and is currently raising over ten million dollars in revenue. As a result of the success of the firm's service, the business was able to expand into three different locations in New Jersey. Since the firm is prominently in New Jersey, Elkoun also plans to expand the firm to other states, such as Texas. Elkoun eventually wants to expand nationwide to help more people. This will be dependent on the firm's ability to complete its current goals.

Furthermore, the management within the business has been successful with its employees, causing a high retention rate of 70-80% before the pandemic. A high retention rate signifies how the employees uphold the same core values as Elkoun. By having a meaningful mission and good management, E&S increases its employee population and diversity by hiring twenty to thirty employees per month. In the words of Elkoun, "In our company, it doesn't matter whether you're an intern or a VP, we don't see colors, we don't see religion, we don't see gender." By obtaining greater employee diversity, clients feel more comfortable and willing to interact with E&S. Clearly, there is no external barrier. Instead, everyone shares the same value towards helping others, which is essential for this company.

With the priority of promoting well-being, E&S contributes multiple benefits to society. The most major social use of E&S is its contribution to the welfare of people of all ages, which fulfills the UN Sustainable Development Goal #3. The firm ensures that all its clients receive the correct amount of support and care. With the success of E&S, the firm continues to help clients daily, aiding about 240-360 people every year. According to Elkoun, "Knowing that I am doing something good for the community helps me sleep better at night." Understanding the benefits and impact of his company, Elkoun's business strives to solve more issues about the welfare of those nationally. Moreover, regarding social benefits, the consistent hiring of 20-30 nursing aides and training decreases the global nursing shortage. Providing free training to employees to become nurses enables more educational opportunities for those interested in becoming a nurse aid. Even though the training to become a nurse aid does not eliminate the nursing shortage, E&S' consistent hiring certainly helps the global issue. Overall, E&S Home Care Solutions provides a stable foundation for those who need proper care and provides viable training to help those who wish to contribute to the industry. In the words of Sam Souhaib Elkoun, "I think the ideology of helping each other should be a worldwide effort and that everyone should put that as priority number one. If we don't learn how to care for each other, respect each other, then all we are doing is hurting each other."

E&S Home Care Solutions is a healthcare firm located in New Jersey that offers medical assistance to anyone with physical disabilities or medical issues. They focus on improving all aspects of human health, providing certified home health aides who aim to stabilize clients' emotional, mental, and physical well-being.