Thanks to Salam Racage, communication was created by women and for women, transforming the living condition of not only villagers but also of the river crossing this beautiful place. The social impact and environmental improvement of Salam were significant.

Newspaper Village is one of the routine activities initiated by Salam Rancage to realize their business and social mission. Back in the old days, most of the housewives in Sindangsari felt unconfident, desperate about themselves, and had no faith in life because of poverty. For this reason, “Value internalization Class” (VIC) was born to not only train these housewives techniques to make handicrafts to better their lives, but also to boost the confidence and trust in themselves. In the early days, it was indeed not easy. "It took us 3 years to promote values such as self-confidence and to convince housewives that this program will generate a significant impact on their villages," said Aling.

The first VIC was attended by just 6 housewives and only 1 person “survived” until the end of the program. However, thanks to patience, perseverance, and hard work, today, the class is being managed to train around 90 people to produce a variety of creative in-home products, such as laundry baskets, storage baskets, accessories, tissue boxes, and vases. A strong community was created by women and for women.

The river plays an important role in the life of villagers as water taken from the river is used for daily activities and irrigation. A clean and green river means better living conditions and better agricultural products.

To save the river from trash and from being contaminated, Salam Rancage launched a campaign in order to restore the original river condition on the one hand, and on the other hand to encourage villagers to cultivate vegetables, rice, etc. by the river bank and to irrigate with clean river water. These clean products and handicrafts are peddled in Dongko Market or “Pasar Dongko” in Indonesian. The market is organized once per month to promote green and clean agricultural products and handicrafts to people from other regions, bringing additional income to villagers. About 30 housewives join the event and average profit per event is approximately IDR 7 million (or EUR 440).

This “circular economy” is to prove the benefits of clean rivers and call for the unanimous commitment of villagers to a river free of the trash. And this is also a real step towards achieving the missions of a green, clean, and sustainable village. 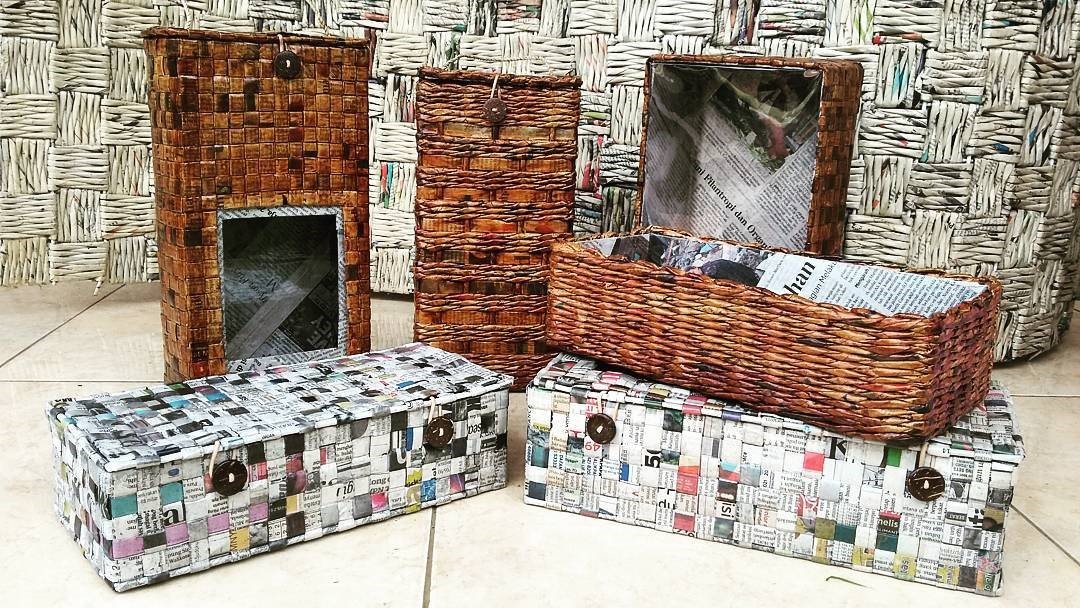 The idea arose from the fidgetiness of the founder (Ms. Aling Nurnaluri) and the team who witnessed two social and environmental problems in Sindangsari villages in North Bogor, West Java, Indonesia. The first problem is related to poverty and the unfair treatment of working women in this village. Another one is that the rivers, filled by waste, were getting polluted day by day but got no attention from the villagers.

“We were seeing the unfairness in income paid to women in this village. The situation was that a woman, working as a cassava peeler, gets paid for only Rp 2,500 / 25 Kg / Day (or EUR 0.2 / 25 Kg / Day). Very low! Her work took much time and energy, yet it is unappreciated by the business owner. Besides, the village is crossed by a U-shaped river which causes garbage to pile up easily and the road infrastructure is difficult to access, which also directly impacts prosperity in this village,” Aling said.

Salam Rancage was first established in 2012 in Bogor by Tri Permana Dewi and Aling Nurnaluri to offer an effective and profitable waste management solution by empowering women, especially housewives in the village. "Salam" is the abbreviation from the Bogor Nature School (Sekolah Alam in Indonesian) and "Rancage" means "skills" in Sundanese.

At an early stage, Dewi and Aling cooperated with the Bogor Nature School to intensively run the Trash Bank program since 2009, encouraging students to deposit waste that could be recycled to the School of Trash Bank. Later on, when the activities became popular, the two founders decided to lift the business up to contribute more to the community than just managing waste.
"We think of business or product that can be done by women without the help of machines, be profitable, and be accepted by the market. Also, one of our missions is to run a business that is sustainable, without having negative side effects for the environment. Therefore, we chose recycled products”, according to Aling.

And the paper or used paper was chosen as raw material for making handicrafts. According to data and statistics, the paper is the third biggest waste category in the city of Bogor, after plastic waste and food waste. Additionally, the newspaper or used paper can be turned into many beautiful things with minimal involvement of chemical treatment.

Recently, Salam Rancage has been replicating this business model in another village named Palmerah, West Jakarta where the number of low-income households is considered relatively high compared to other regions.

Fundamentally, in addition to the effort of turning used goods into something valuable, Salam Rancage focuses on empowering women, particularly housewives in this village. The company motivates housewives workers to continuously develop themselves and reshape their perception, understanding that each individual can contribute to overall social prosperity. Being skilled means to be mentally skilled. "I believe all women deserve a reward and have dignity and be seen in their contributions to make a meaningful life. I also believe that each woman is a great soul" said Aling.

Here are three impacts that Salam Rancage has offered for housewives in the village.

By making various salable handicraft products from used paper, the women receive earnings ranging from IDR 15,000 – 50,000 per day (or EUR 0.94 – 3.15/ day), much higher than their previous job as a cassava peeler.

This additional income is then managed as savings, as a form of embedding values of a clean environment in family expenditure optimization.

The hand-in-hand weaving is becoming the uniting moment for the women, who are slowly growing ever more organized in the group established for themselves. Bonding, teamwork, self-sufficiency, sharing knowledge, and learning are becoming new traditions pushing towards social harmony. Today, most of the housewives in the village feel more happy and motivated than ever.

The weavers slowly learn to contribute positively to their living environment by establishing and managing the community trash bank and restoring the river. These actions day by day evolve into love for nature, treating the environment with more respect and wisdom.

At the end of 2019, Sindangsari village, North Bogor, West Java received the Award from the Mayor of Bogor as a clean and sustainable village.

After almost seven years, in 2019, Salam Rancage's revenue reached 800 million rupiahs; EUR 50,000. The 53 percent of total revenue is given back to the village community and to pay the housewives' salaries. The balance of 47 percent is kept for operational expenses.

Nowadays, most of Salam Rancage’s handicraft products have been exported to the US and Europe. Particularly, to penetrate the European market, Salam partners with a local company called Javara Indonesia to bundle handicrafts as hampers. Aling is expecting a significant increase in revenue this year. She added: “This year (2020), hopefully, our target revenue yearly can reach 1,5 billion rupiahs; EUR 94,000”.

Over time, Salam Rancage managed to find the techniques to make woven crafts made from newspapers. Currently, in a month, Salam Rancage can sell 1000-2000 pieces of handicrafts in various regions in Indonesia and abroad. Accordingly, the utilization of used newspapers for creating handicrafts also reaches 200-500 kg per month.

Plastic bottles also did not escape from their sight. Plastic bottles are collected from the Trash Bank, cleaned and transformed into useable and saleable items. For example, the body of a plastic bottle, after wrapped in a cloth with a batik pattern and given beads, become a bracelet.

Salam Rancage is committed to a business that is not only concerned with revenue but also emphasizes community development. From a social aspect, Salam Rancage encourages housewives to establish close communication and relationships through gathering and sharing stories when they weave together.

This kind of initiative is expected to suppress waste accumulation problems slowly by raising awareness of life and nature around us. It is also expected that in the future, Salam Rancage can expand its paper village’s model to many more villages, generating a wider and bolder impact in Indonesia. 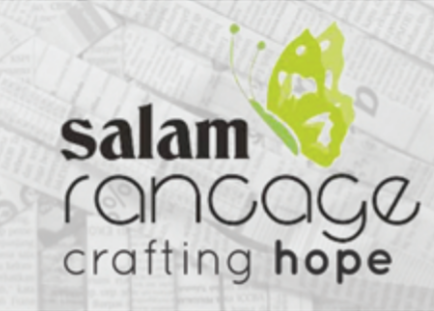 Salam Rancage, a social business, designs and makes premium handicrafts from reused newspapers through empowering women in the community to achieve financial, social, and environmental harmony.