Tierra de Monte is an agricultural company that provides biological products that increase the productivity and quality of agriculture without causing environmental impact. The purpose is to strengthen agriculture through the application of cutting-edge biotechnology, making soils work more efficiently and effectively. Through their business model, they work together with Mexican communities to increase the performance of and regenerate their soils at a low cost.

Around 17 years ago, Adriana Luna and Etienne Rajchenberg envisioned a world where small farmers have fair profits of the agricultural business and where everybody could have access to chemical-free fruits and vegetables. They understood that taking the traditional shortcuts (with chemically-based products) to solve agriculture’s problems would not be sustainable in the long term because of the damage to the soils and the farmers’ and consumers’ health.

In 2015, the two made their vision a reality by creating Tierra de Monte. The company's mantra, “Only life creates life” sums up its mission simply yet well. Tierra de Monte is a company that has done extensive biotechnological research to regenerate Mexican soils and bring affordable, organic foods to the Mexican society.

Their major product, Revi-B emerged after they saw that there was a problem with the agriculture in Mexico: "We saw there was an excessive use of agrochemical products and the prices of these products were sometimes too high which forced farmers to incur high amounts of debt." Revi-B’s main component is a mix of over 70 species of fungus and bacteria that work together with the ecosystem to revitalize the soil and re-energize plants (generally their competitors mix just one or two species)... Luna stated, “We came to the idea of providing the farmers with agricultural inputs that, instead of using synthetic additives, use various types of fungus and bacteria that help to regenerate the soil and to re-energize it in order to produce healthy crops at an affordable cost...This innovation helped us with our mission that we want agriculture to be a source of well-being and happiness for everyone. Where sovereignty and the right to healthy, safe, and sufficient food is a reality.” 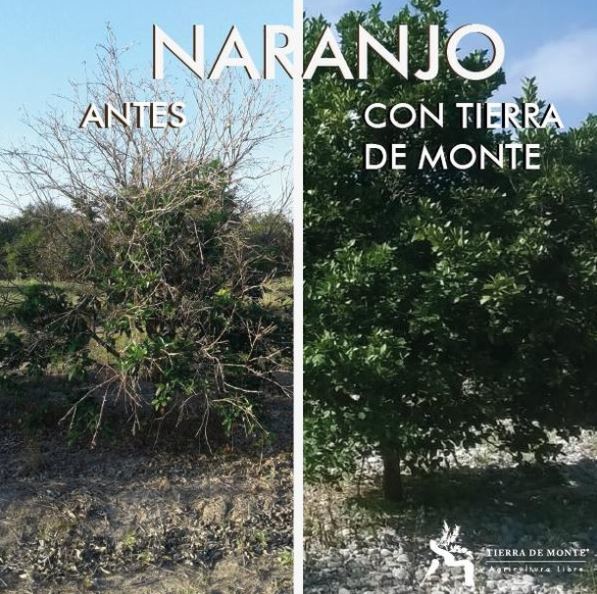 Before and after using Revi-B

Two major events inspired the couple to create this product:

The first occurred while working with farming communities in Sinaloa, a state in northwest Mexico. A major snowstorm destroyed the crops and soils. Luna then saw that farmers' only source of income became unproductive and repairs weren't affordable. Thus, Luna observed a major social problem firsthand: events like these cause people who produce food to not have enough to eat, thus forcing agricultural communities to migrate to Mexican cities or to illegally migrate to the USA to pursue new opportunities.

As a result of these experiences, Tierra de Monte was born with the mission of understanding and providing solutions to the sources of the agriculture problems in Mexico. Luna states, “We observed that, in Mexico, there was an over usage of agrochemical products in the fields that caused the soil to not be able to be productive in the long term. We found out that there are more agrochemical poisonings than Chinkungunya mosquito cases, while in the world it kills more people than Ebola.” In fact, Tierra de Monte identified that more than 90% of agricultural workers have been poisoned at some time in their lives.

Luna and Rajchenberg realized that society needs a solution that incorporates recycle and reuse. With this in mind, Tierra de Monte created a set of products with a biological core that increases the productivity and quality of agriculture without causing environmental impact.

Revi-B's impact has been diverse and very large. Specifically, it restores vigor to plants and fertility to the soil, regenerates broad-spectrum soil, increases crop yield and quality, ensures no damaging agrochemicals or pesticides are used, improves soil texture, protects roots and promotes their growth, favors the production of more sprouts, flower tie, and fruit filling, and controls diseases caused by fungi and bacteria. Likewise, it strengthens the agricultural economy, fosters a new wave of sustainable and innovative ideas for agriculture (thus extending the length of usage for fields and reducing the need for additional deforestation), reduces 50% of costs for farmers by replacing fertilizers and pesticides, and thus reactivates the economic activity for many communities in Mexico.

The impact of this innovation has been far-reaching as, to date, Tierra de Monte has treated 50,000 acres of soil.

The company started its operations in 2015 and within four years by 2019, the company had reached sales well into the hundreds of thousands of dollars.

Tierra de Monte has focused on achieving total self-sustainability through the sale of its products and services, with an emphasis on generating relationships of trust and empathy with its allies. For the Mexican market, the objective is to develop more products, expand sales into all states, and participating with local governments in the generation of agricultural projects that use their products. Additionally, after their success so far, the company hopes to expand into Europe.

However, in future years there may be a decline of productive soil. So, Tierra de Monte has been focusing on training small producers and communities through collaborative networks, where the farmer and the community itself are the ones who find solutions and anticipate problems on their soil to expand their business model.

According to the FAO, the world’s population is expected to grow to almost 10 billion by 2050, boosting agricultural demand due to more food being needed across the globe. Luna explains the benefits of the product to the world by stating, “Tierra de Monte and, in particular the product Revi-B, helps to improve a better response to the food demand while also taking care of the environment and helps to support the business of the farmers”.

Tierra de Monte has many far-ranging benefits to society and the environment. Specifically, they do not introduce species that are alien to the soils (and thus regenerate soil), which either directly or indirectly allows for (1) communities to reactivate their economic activity and produce foods for themselves; (2) avoids the need of deforesting for additional agriculture; (3) increased food production; and (4) helps fight migration from small communities to the big cities and illegal migration to the USA

Additionally, their organic product leads to (1) no damaging the health of producers; (2) maintaining soil health; (3) no chemicals in food; and (4) reduced water usage to grow the crops.

Economically, producers benefit because the product can (1) improve the productivity of one cycle between 35%-50%; (2) increase planting cycles by one to two per year; and (3) allow producers to save 50% of the regular expenses in fertilizers and pesticides 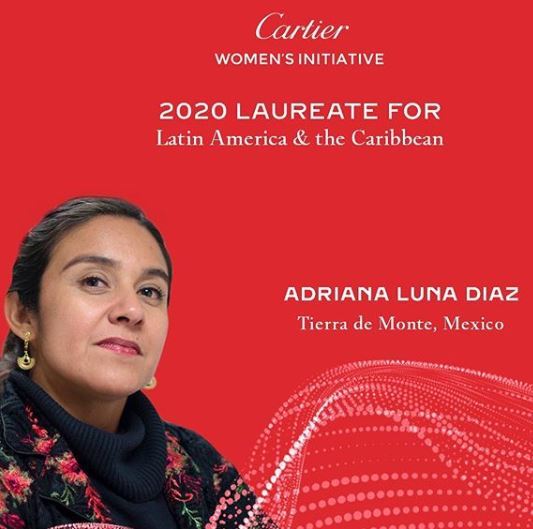 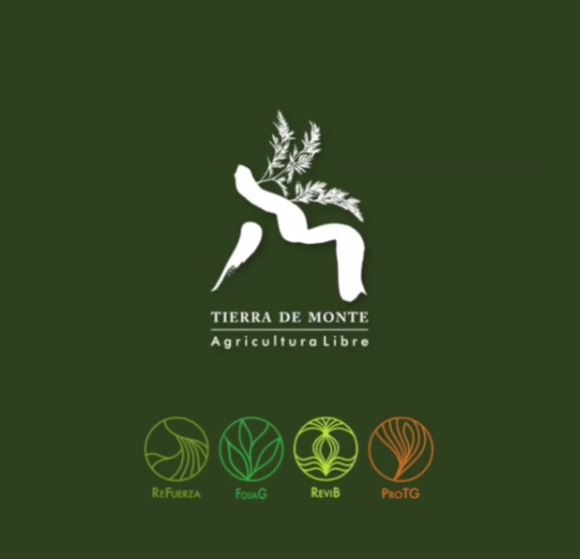 Tierra de Monte creates biotechnology products that allow for productivity and agriculture quality improvements without a negative environmental impact. Its product, Revi-B, is based on fungi and bacteria that regenerate the soil.