Sustainable Development Goal 12 is focused on responsible consumption and production patterns. Modales' innovations focus on SDG targets 12.4 by achieving environmentally sound management of chemicals and all wastes throughout their life cycle, significantly reduce their release to air, water and soil in order to minimize their adverse impacts on human health and the environment. Modales production methods substantially reduce waste generation through prevention, reduction, recycling and reuse.

A winery is a farm. Erosion, runoff, pesticide use, and water consumption are a few of the effects of farming that can negatively impact the environment. Modales farms are MAEAP (Michigan Agricultural Environmental Assurance Program) certified. Obtaining this certification is voluntary. Earning MAEAP certification showcases and measures a farm's commitment to water stewardship, erosion reduction management, and runoff prevention. Modales also utilizes an Integrated Pest Management system to avoid pesticide use and runoff. They source organic compost from a single Michigan company. MAEAP monitors Modales' metrics of stewardship. The decision to use these processes was purposeful to reduce the company’s environmental impact.

Modales Wines utilizes an innovative keg system in their facility and through distribution. This keg-based concept, its methods, and roll out was the idea of Mr. Robbins. As General Manager, Mr. Robbins brought this to fruition for its cost-saving effects and waste reduction. Each keg holds two cases worth of wine. Each keg, therefore, eliminates twenty-four glass bottles, labels, corks, and two large cardboard boxes. Brought to scale with hundreds of cases of finished wine annually, this is a significant waste reduction. Their tasting room has twenty-two draft taps for pouring wine. Mr. Robbins tracks the company’s waste reduction and is continually changing his model as the companies scale and size increases.

Lastly, Modales reuses wastewater and biologic by-products of fermentation in their land fertility program. Once most liquid is removed from their fermentation tanks, yeast, skins from grapes, and any biological material or water left in the tank is reused to replenish the land where the grapes are planted. Modales utilizes Biologic Oxygen Demand (BOD) to assess the amount of oxygen consumed by bacteria and other microorganisms while they decompose organic matter under aerobic (oxygen is present) conditions at a specified temperature. The BOD is a metric followed by the EPA which Modales utilizes to determine how much biologic/water waste can be used per acre. This enhances the land's fertility without removing too many oxygen particles from water. This has significant impact on protecting groundwater aquafers. 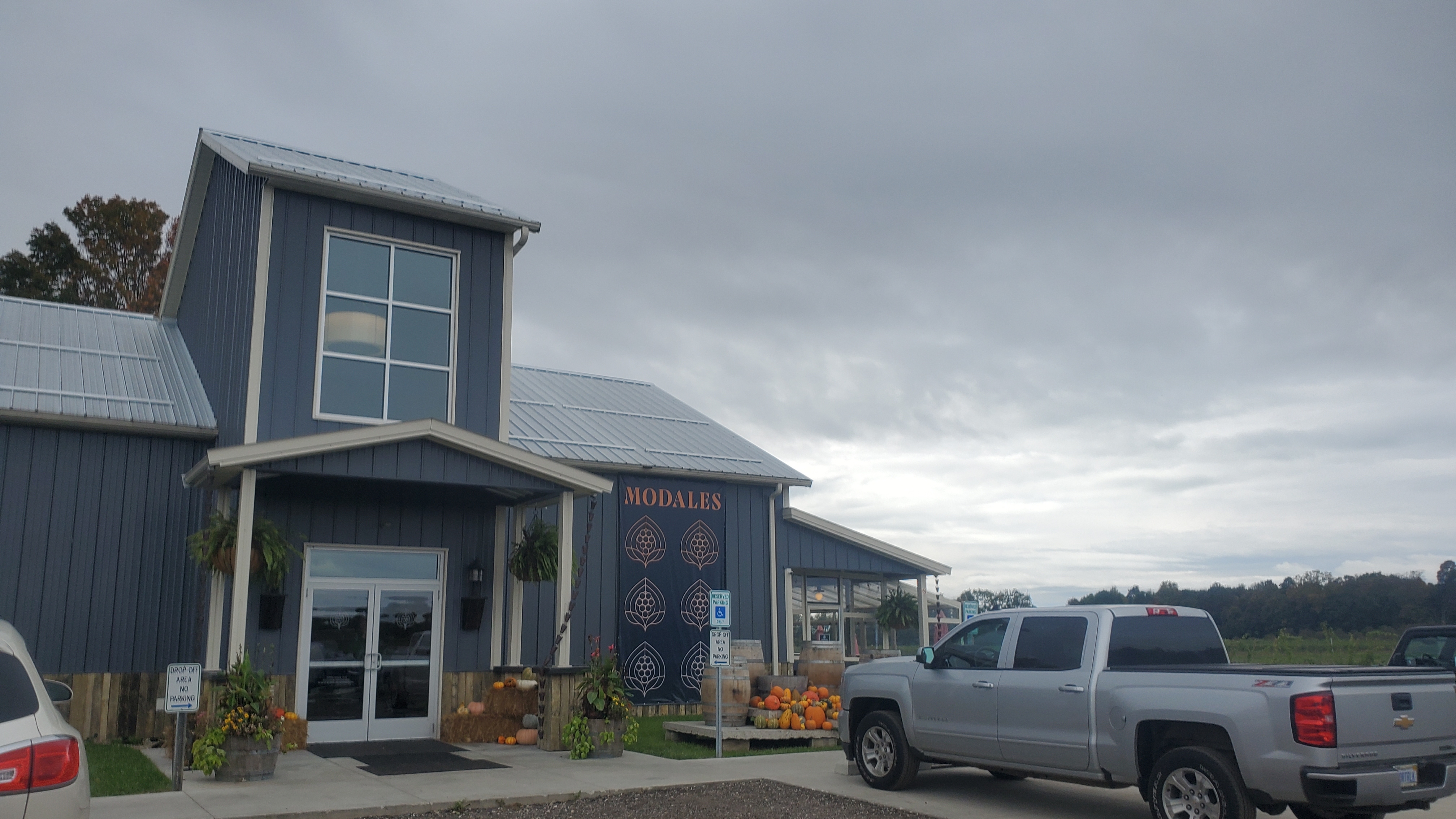 Mr. Robbins had a long career harvesting grapes and managing farms for large-scale wineries. Jim and Carol Gonzalez acquired the property and partnered with Todd Robbins and winemaker Andrew Backlin to form Modales in 2014. As General manager, Mr. Robbins is the chief horticulturist, viticulturalist, and principal business decision-maker for Modales wines.

Todd had been a horticulturist for another local winery for over 15 years. He had a great relationship with its owners but had always wanted to run his own winery from top to bottom. He met a couple who had also wanted to own a winery but knew very little about the process. Todd's personality and ambition won over the Gonzalez family. Todd recounts the moment he knew his dream was to become a reality. Todd recalled, "They made it clear from the beginning, this was my winery and the trust they have had in me to move forward step by step in planning to construction made me really feel like this was finally going to happen! They knew I could produce a superior product while applying the environmentally sound practices I have wanted to utilize, but never had a chance to, because the winery was not mine."

The inspiration for the previously mentioned innovations stems from Mr. Robbins' decades of experience observing the waste created in winemaking. This was his opportunity to offer high-quality wine while creating an energy-efficient waste-conscious company. “It was my chance to walk into a place I built from the ground up.

As a relatively new company, Modales has begun the process of measuring the short and long-term effects of its keg systems and recuse fertilizing program. In the short term, Modales saw waste reduction of approximately 53 tons in 2020. This is based on 8,000 cases produced last year. Each case has 12 glass bottles (500 gram) with labeling, corks (5 grams), and one cardboard box (300 gram). The fertilization program has only had two cycles thus far, so Modales is determining the reuse fertilizer's effect on yield cost reduction in fertilizer sourcing costs. It has had an effect on waste and water use reduction.

During the growing season, Modales will use 30,000 gallons of re-useable fertilizer every 4-5 days over the 52 acres that are farmed. This fertilizer comes from the non-used products of fermentation. Their goal is to have the in-house fertilizer re-use program reduce the amount of fertilizer purchased from Modales' current supplier, Morgan Composting. This past year's sourced fertilizer costs dropped by approximately 3-4% due to the re-useable fertilizer program. The fertilization program reduced water consumption by approximately 9% from 2019-2021. Todd continues to work on metrics and strategies that will reduce water consumption.

Fertilization programs are extremely expensive. Though Modales sources from one company for its fertilizer blend, its cost has been significantly reduced. The cost reductions from fertility programs and waste management programs allowed the company to employ more local residents. Modales was able to grow from eight employees to 40 in two years, during a pandemic. The company started with three employees and now has forty. The company has been able to increase its ability to plant previously unplanted acreage, simply due to previous physical inability. The increase in employees has helped the company increase production and distribution capabilities. Fennville is a small community without large company employers nearby. All of Modales employees live within 20 miles of the winery. Each one of the employees at Modales understands and promotes waste reduction. Todd mentions, "Our employees understand the local economy and this company's dedication to people of this community."

The upfront cost of bottles, packaging, corks and labels can stunt revenue. Modales' keg system nearly eliminates that cost. They are starting to focus more of their distribution efforts through non-traditional keg-style offerings in order to keep glass as well as cardboard waste and expenses low. This has opened new markets to restaurants that are also trying to reduce waste while offering consistent quality products. Unlike bottles of wine that can age and sour once bottled, a keg as Todd put it, "It's like a time capsule. It can last years unchanged." With supply chain issues looming, finding glass bottles has become a challenge. This is true of the keg system, but once the keg is on-site it can be sterilized and reused, whereas glass cannot.

During the course of our interview, not only was Mr. Robbins able to showcase what Modales is doing currently to impact the environment but became admittedly energized about moving forward with plans to improve the company's sustainability measures. Todd mentioned during the close of the interview, "It has been so hard to feel like we can survive as a company through this pandemic, this has been a refreshing conversation about the future." This company's focus has been on survival the past two years, but due to waste reduction plans implemented by Mr. Robbins two years prior to the pandemic, Modales is actually ahead and has grown in size and scale each year.

The keg and fertilizer systems at Modales are all waste reduction-focused. As an agricultural company, they must adhere to strict guidelines for harvesting, production, and consumption safety. Modales, however, goes beyond by following strategies for land management, pest control, and water consumption to reduce its environmental footprint. Its effect on society is one of leadership in conservation.

Finally, Todd commented that his "high point at the company is opening the doors every morning knowing how far we have come and how much we have done to protect the environment in our community." As the company has expanded, hiring from the local small community has improved the economic stability in the area despite a pandemic. Modales ensures equal pay for its employees. 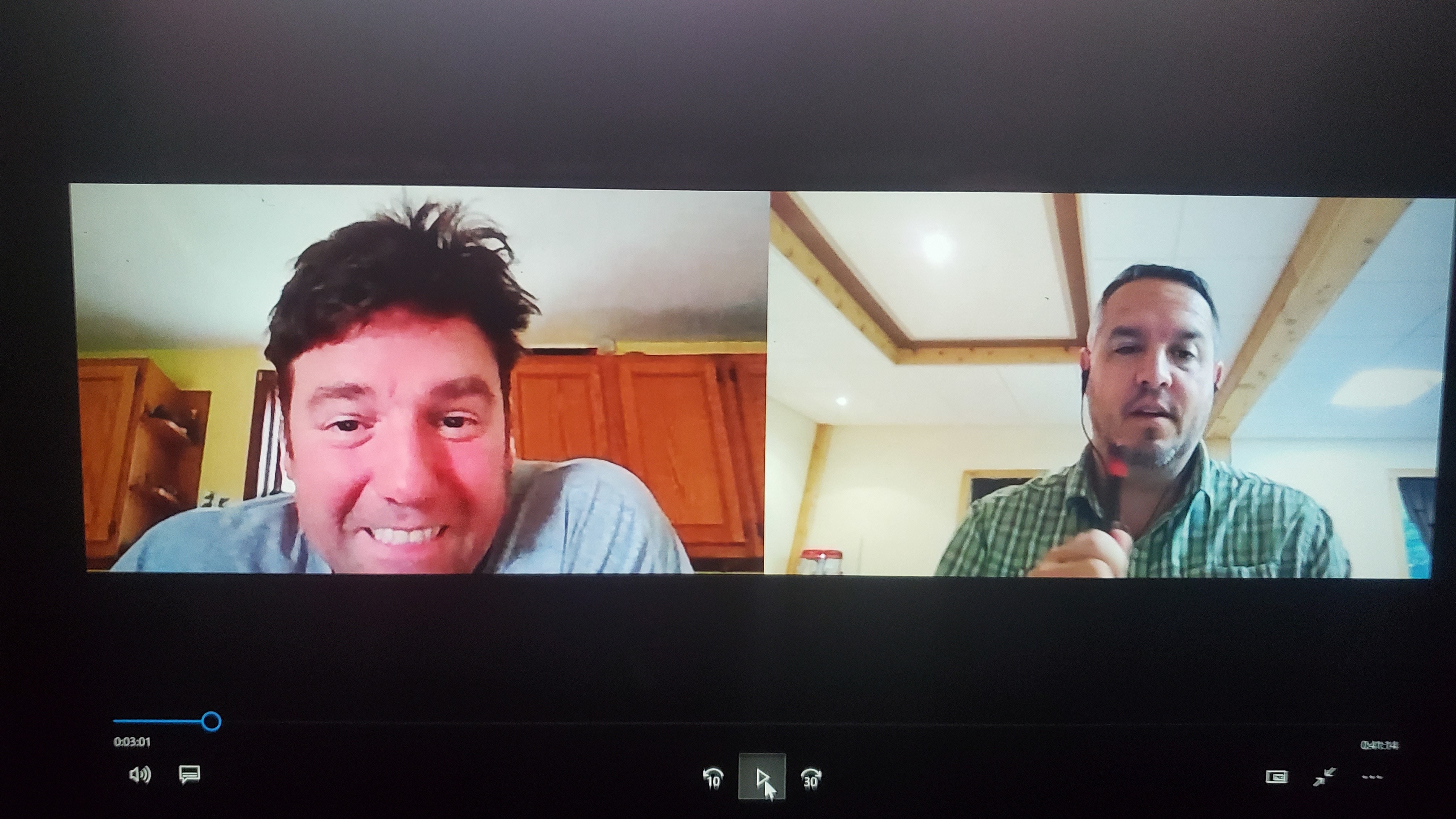 Modales is a winery that offers a high end product that cultivates grapes specifically curtailed to the northern mid-west soil and climate. They have grown from an on-site tasting room only experience to a regionally sought after product in distribution.