Replaces the Use of Traditional Wood

The original machine for recycling has been developed by a German entrepreneur located in Brazil. He developed a technology that makes it possible to produce a compound of plastic with vegetable fibers, using the plastic the way it is received, without going through any form of additional treatment or selection. Ewar is the only company in Argentina to use this machine and they have adapted it to become the only company in the world to produce biosynthetic wood with polyethylene out of garbage and rice husks. 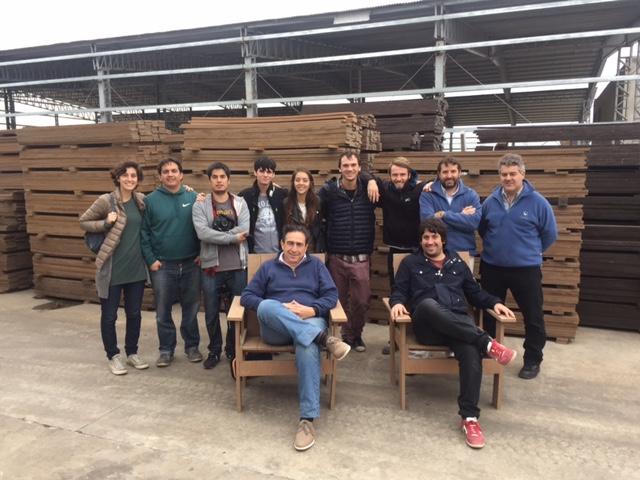 "Every single person has a dream to follow, or should have. It is usually based on goals that mainly involve benefits for oneself, and rarely for the grater good of humanity. It's very easy to let the system or the establishment dictate our way. However, one day I woke up with an emotional hangover, thinking who did I become? Why am I doing all this? Do I make a positive impact on this world and what kind of legacy will I leave to my children?" real words from Juan Patricio Pardo, the owner, explaining his inspiration to found Ewar.

Juan Patricio showed us that one can expand a personal dream, adding to it concerns about the world and other people. He wanted to be successful but he didn’t want to achieve it at a cost to others. He is part of a movement of young idealists whose dream is to change the way the system works, changing the way we produce and consume.

The company is people centered, their employees are not only friends with each other, but also a family. During our visit to the factory we felt that vibe and its amazing how contagious this feeling can become! The employees received us with huge smiles and treated us as members of that family. The employees come from the most vulnerable communities, where underemployment and poverty drive people to live under inhuman conditions and achieve minimal education. They are grateful and proud to be part of this social and environmental game changing adventure. Their testimonials have an inner strength that leave no doubts that they spoke the truth and that Ewar is their place on earth from which they are creating a positive impact on the planet while sustaining themselves and their families.

We left the plant totally uplifted, with the final words of Roberto Pacheco (the CEO), resonating in our minds “If we don’t care about the environment the human kind is sentenced to disappear. I feel that people are just starting to realize it. The future depends only on us. There is no guaranty, but we have it in our hands".

The work carried out by Juampi, Roberto, Antonio, Lolli, and the rest of the Ewar family is an example of how companies can use the power of a good business model to solve social and environmental problems while being profitable.

Ewar is engaged in the manufacturing, marketing and installation of a sustainable biosynthetic wood, 98% made of recycled plastic waste and rice husks from other industries. The remaining 2% is masterbach, an additive for coloring the material.

Ewar is a poineer in Argentina and in Latin America and has had considerable success in market penetration.

Ewar has a highly cost-effective processing method that allows it to recover materials for remanufacturing production waste. Ewar's biosynthetic wood is 100% recyclable and doesn't require maintenance. The manufacturing process is clean, with no solid or liquid emissions and with a closed water circuit system.

Ewar has a plant of 20 employees and works with a local group of urban collectors who represent almost 200 families, giving them real opportunities for economic development and the chance to have a formal and stable job.

The product Ewar offers, biosynthetic wood, succeeds outdoors where traditional wood fails, giving their clients an ingenious proposal which surpasses the existing products, avoiding maintenance costs and the need to use any sort of chemicals, coming with a 25-year warranty.

Ewar promotes local development since it is the only company whose industry is 100% national, and has developed a strong competitive differentiation while succeeding to be the second cheapest in the market.

Ewar recovers material which otherwise would be discarded, burned or buried, using it as raw material in its production. In addition to cleaning the environment and avoiding logging, this allows them to keep production costs low.

The enterprise has reached its breakeven point recently, with a 2017 sales forecast of AR$3,445,545 (USD 200,000), and aspires to multiply its production by three within the next five years.

Ewar installed 1000mt2 to build 10 Starbucks in Argentina, that is equivalent to 15 tons of recovered plastic and 112.5 saved trees. To give an example of scalability, if they expand this successful collaboration to the 25,085 Starbucks stores around the world, they could recycle 37,627.5 tons of plastic and save 282,206.25 trees.

Forests cover 31% of the land area on our planet. They produce vital oxygen and provide homes for people and wildlife, but every year around 13 million hectares of native forest disappear. Argentina is one of the countries with the highest rates of deforestation and, between 2002 and 2006 we the country lost 300,000 hectares of wild forest each year. This is equivalent to 15 times area the Buenos Aires.

At the same time, there are around five billions plastic particles floating in the oceans. Estimates, (The Economist) show that by 2050, the total weight of these plastic particles will be higher than the total weight of fish. Argentina produces 14 million tons of garbage every year and about 14% (two million tons) of that is plastic (PVC and PET).

Ewar responds to those environmental challenges:

In addition to being an innovative company in terms of technology and environment, Ewar is a company with a strong social commitment.

Ewar is located outside the city of La Plata. This city is south of Buenos Aires and surrounded by slums. The people that live here are not served by the system. This means many of them lack education or social insurance and have unmet basic needs.

Ewar has developed an innovative business model while focusing on people's development, and we could see it reflected in the testimonies form their employees and the suppliers who have all improvement their quality of life and employability.

We can summarize the social benefit on two dimensions:

Ewar hires them and trains them. They pride themselves on working for this company and improving every year. Such is the case of Antonio. These are his words: "I'm from the province of Corrientes. And I've being working in Ewar from the beginning. I started as an operator and now I'm a supervisor. The change for me was... incredible. My life changed completely. From garbage, from something useless, I could get my house, my car and go back to studying. I started to study Law this year at the University. I want to keep learning and be prepared for the future". 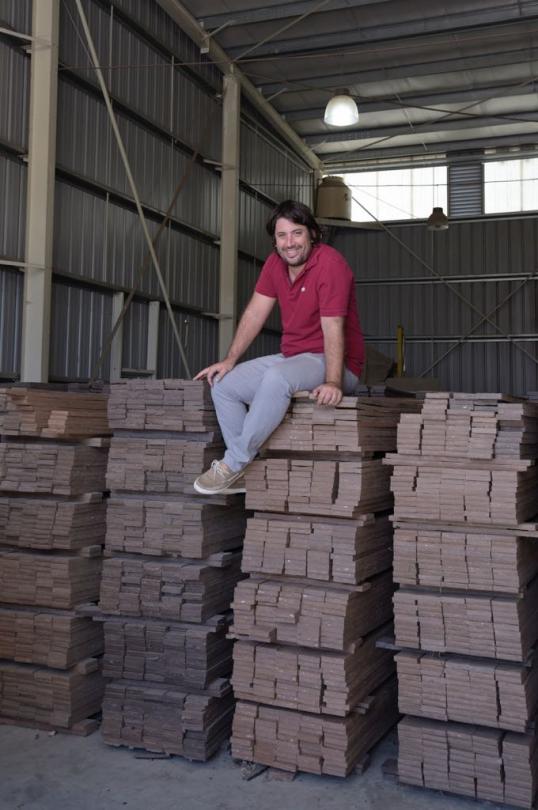 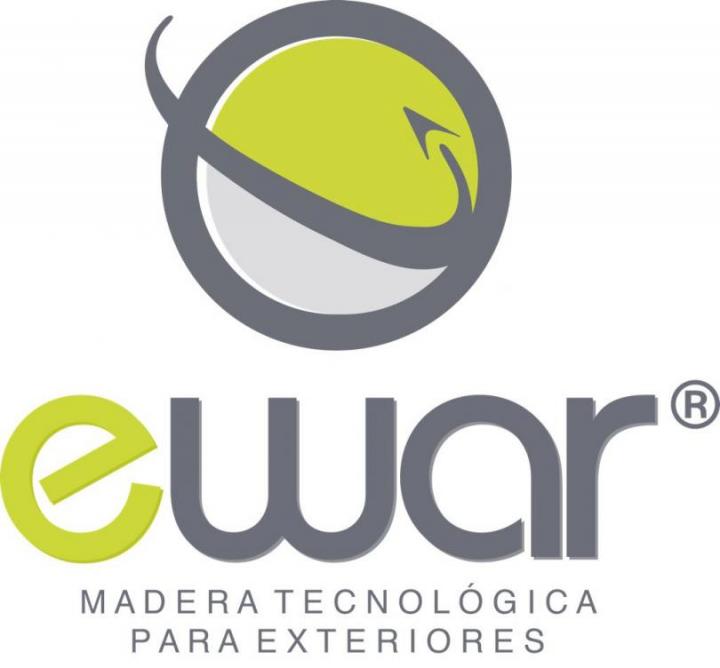 • Replaces the use of traditional wood by an innovative type of biosynthetic wood produced from a combination of plastic waste and rice husk, outperforming it in the outdoors with zero maintenance cost and a 25 years product guarantee. • Today, Ewar produces 60 tons of Biosynthetic wood monthly. This means 40 tons of plastic and 20 tons of rice husk recycled, and 300 trees saved. • The company offers decent jobs, good salaries, personal development and learning opportunities. • The company's success to establish a profitable business exemplifies the feasibility of creating new sustainable consumption and production patterns. • All the members of Ewar constitute a "family" of inspired people that has the ability to inspire others and to become a powerful example of Business as an Agent of World Benefit.