Ecoxit is a vehicular refrigerant that controls, reduces and protects corrosion and rust , does not generate toxic fumes and does not generate liquid waste because its components have a shelf life of 6 months in use. Ecoxit is looking to be a friendly product with the planet by of non-generation of gases and reducing polluting liquids.

The refrigerant Ecoxit, according to Mr. Uribe, is "a friendly product to the planet that is making our maintenance much more simple." This refers to the fact that the Ecoxit product is a coolant that allows heavy wastes to be lowered into the engine and that when washing and cooling, circuits are changed more easily and the same level is developed, the wastes are not removed.

Adiccol World is a project that began seven years ago (2012) that originates from seeing all the waste that leaves the maintenance vehicles due to changes in refrigerants, oils and other brands, where the vehicle circuits were quite badly treated and have obstructions due to the mixture of fluids in them. In addition, the discarded vehicle generates a considerable amount of waste in its maintenance, which is clearly not being treated for these wastes and what is generally done is to throw them into the drain.

That is why Ecoxit is created a product that according to Mr. Uribe is "friendly to the planet and helps not to generate obstructions in the refrigeration system" and is also made with biodegradable products that "after 6 months of use lose their components and it is recommended to develop semiannual maintenance.” This innovation adheres to 4 SDGs, the first is industry and production where, according to the UN, more than 800 million people lack drinking water, with Ecoxit it is sought not to contaminate rivers with liquid waste since the refrigerant evaporates and the little waste that comes out of use is treated to be reused.

Also Objective 11 where the growth of the communities means that there are more people accentuated in a city and that there are more vehicles. In a city like Bogotá there are 677,500 cars and it is increasing, this generates more pollution through greenhouse gases (Objective No. 13) where it can be said that in Bogotá there is an annual PM13 concentration of 38 ug / m3 (Microgram over Cubic Meter), this is 3 times more than the UN regulated. That is why Ecoxit also covers these two objectives where it not only decomposes on its own without generating waste but also contributes to the level of noble gases emanating from the vehicle being reduced by 6%. This is corroborated by Franciso Minorta, "Ecoxit decreases the emission of gases by 6% because by means of its decomposition it contributes to the cooling systems being clean and there is no emanation of vapors".

Finally, SDG number 15, where it is sought that Ecoxit does not generate any damage to any ecosystem where, according to the UN, 16 million people depend on forests and rivers as sustenance. This Ecoxit understands perfectly and that is why the product has a 24-month showcase duration. According to Mr. Uribe, “it is in order to guarantee that its components have good performance and not have to reuse resources that harm nature.” 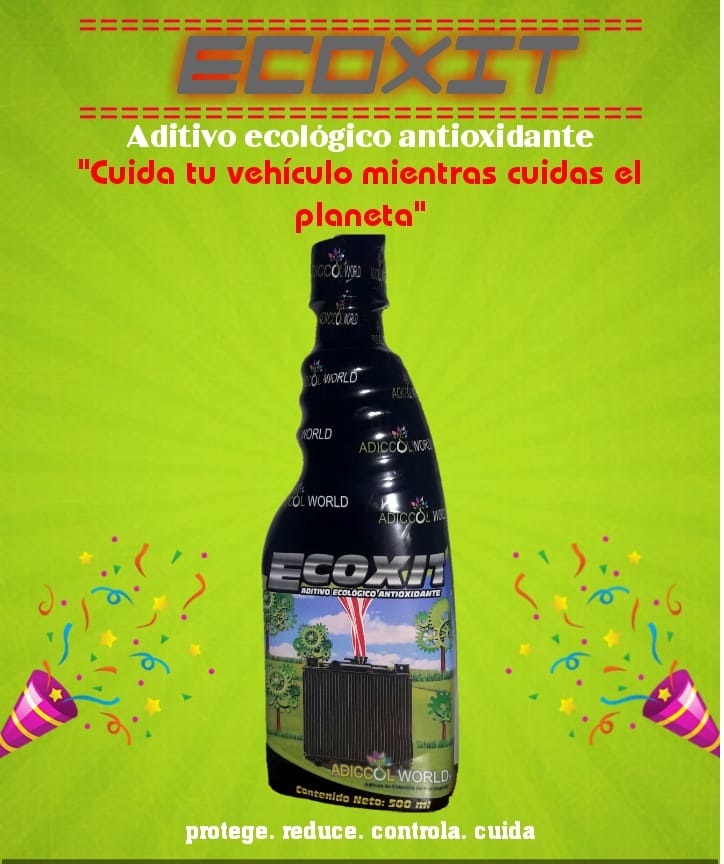 Adiccol World is a project that began seven years ago (2012) which originates to see all the waste coming out of maintenance vehicles on changes in coolants, oils and other makes, where vehicle circuits were quite battered and had obstructions due to mixing fluids in them. Also the discarded vehicle generates a considerable number of residues in their maintenance, which is clearly not in treatment for this waste and what is usually done is to throw them down the drain.

That's where the refrigerant Ecoxit comes in, which aims to not generate liquid waste and seeks to reduce the emission of gases created in order that the vehicle be "earth-friendly" and "more friendly to cleaning vehicles."

Juan Carlos Ceron and Daniel Uribe have clear impact the product generates at the environmental level, where we talk about "friendly product" which is biodegradable in use "because its components after the eighth month begin to degrade." It is a sustainable alternative because they have had more than 60 users satisfied with the product and when developing the maintenance is reflected with "no clogging in the cooling pipes and coolant mostly not found."

Ecoxit in the future aims to help lower the levels of emission of gaseous and liquid waste since being a new product still does not have a lot of customers who can see the product. Additionally it is intended that the company is a generator of employment at the national level, where "it will start to bring the product to Medellin, Cartagena and Bogota," so that "more people can have a friendly product to help them take care of your car and the planet at the same time."

So far, the business has been profitable, where they have more than 80 satisfied customers and the product has a market value of 15,000 at commercial launch. There have also been changes in the vehicle maintenance system and refrigerant.

The purpose of these 3 innovators is to expand, create jobs and help the planet through a generation of conscious drivers who want to help these products with the environment.

Where customers are satisfied, according to Francisco Minorta, "our only customers are sure that we give them a quality coolant and that it competes with those in the market at a better price and good durability."

The social benefit is that refrigerants generated by liquid waste are not created, emissions are also reduced, which looks socially good, the environmental benefit is the reduction of greenhouse gases through its cooling system, so they have a greater impact on your sale.

Clients are satisfied with the operation and have understood what Mr. Uribe says "is an adaptation process for the planet that helps us breathe a little more easily in the future."

In addition, Adiccol seeks to expand nationwide and that many vehicles can use the free Ecoxit alternative such as ammonia (required for the traditional refrigerant component) so that they can have better maintenance by mitigating the amount of waste. Mr. Uribe implies "we do not want to harm mother nature and Ecoxit helps us to do so, there are many mechanics centers that do not know what to do with rusts and Ecoxit helps them not to have." 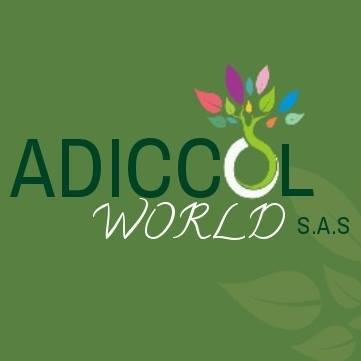 Adiccol World is a project that began seven years ago (2012) that originates from seeing all the waste that leaves the maintenance vehicles due to changes in refrigerants, oils and other brands, where the vehicle circuits were quite badly treated and have obstructions due to the mixture of fluids in them. In addition, the discarded vehicle generates a considerable amount of waste in its maintenance, which is clearly not being treated for these wastes and what is generally done is to throw them into the drain.