Reducing Loneliness and Isolation in Glasgow

The innovation for the service offered by The No.1 Be-friending Agency arose from a societal need for the service. Audrey identified a gap where elderly members of society required both care and companionship which led to The No.1 Be-friending Agency identifying an opportunity to provide care services which could subsequently enable the befriending service to be financially viable. Consequently, Audrey details “what is innovative about what we do is actually about the business model”.

Growing the business was not an easy process, due to the complexity of sourcing resources which could support the organisation’s operation. However, the organisation is witnessing a growing number of volunteers which can therefore support an expansion of the befriending service across Glasgow. The company believe the befriending service offers a unique form of volunteering, where volunteers have the freedom to arrange visits at a time which is suitable for them. Furthermore, The No.1 Be-friending Agency have identified an additional business gap where there is a high demand for care services in Argyll and Bute, on the West coast of Scotland, which is not fulfilled by other organisations. Audrey explained there was not enough carers in the area who could provide 24-hour care to residents in rural locations, thereby enabling The No.1 Be-friending Agency to offer this service.

The No.1 Be-friending Agency also support other innovative befriending projects by providing training and help towards the running of events. A recent example is that of a project called ‘Friends in Yoker’, where collaboration with Yoker Parish Church and Glasgow Social Services has enabled befriending services to be offered to residents in Yoker in Glasgow. Therefore, the service offered by The No.1 Be-friending Agency is significant due to the statistics which provide an alarming context to the problem which exists. For example, by the year 2025, it is expected that around two million people over the age of 50 will suffer from loneliness. This is an increase from around 1.4 million in 2016/17, which is almost a 50% rise in just 10 years (Age UK, 2018). 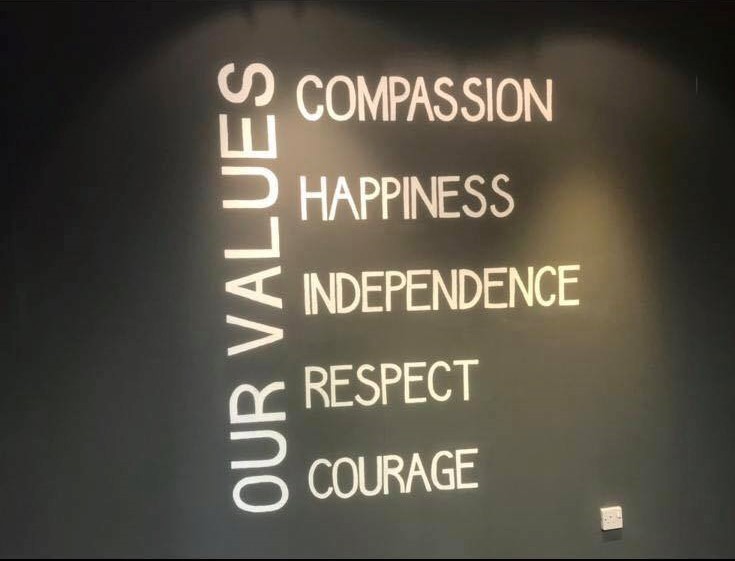 To be inspired is to be mentally stimulated to do or feel something, particularly something creative. Audrey’s inspiration arose after moving from Zimbabwe to Scotland for further education, where she discovered what isolation felt like when she was living without the local support of friends and family. It was at university where Audrey began to appreciate the need for relationships and how they were imperative for several reasons including emotional wellbeing, health and general behaviour.

Whilst completing her Masters, Audrey worked part-time in a care home supporting the elderly. She began to develop numerous friendships with the patients and experienced first-hand the isolation and loneliness elderly patients would suffer. This is a common issue among society, where figures show that roughly 51% of those aged 75 and above are living alone in isolation (Office for National Statistics, 2010). Spending more and more time in the care home, Audrey noticed the immediate positive impact a developed relationship had on the patients. It was from this she started to develop a source of inspiration and wanted to build on what she had learned. Audrey had spotted a gap within the caring system – a process to proactively develop relationships for the elderly in care.

The No.1 Be-friending Agency sets out to be an organisation which positively contributes not only to their clients but also to their volunteers, staff and wider society. The three outcomes in running the organisation are to help people create connections, build confidence and to learn new skills or relearn skills. These outcomes emphasis how the company has a positive overall impact to several people both internal and external to the company.

The work carried out by the No.1 Be-friending Agency contributes to 3 of the UN Global Goals for Sustainable Development 2018. These goals are as follows:

The No.1 Be-friending Agency has built a reputation as a responsible social enterprise which supports society and reinvests in the community. This has been done through their continuous support in the local area to elderly people who are suffering from isolation. The benefits in providing support through the befriending scheme are significant and the service is a great platform to reduce isolation and consequently increase people’s sense of feeling part of a community which helps to improve physical and mental health.

The No.1 Be-friending Agency has contributed over 1500 hours of one-to-one befriending to people in Glasgow. In 2017, the organisation received the Volunteer Friendly Award. Due to successful progression, total income from 2016 to 2018 was £283,021.33, 72% of which is from sales and 28% from grants. The No.1 Be-friending Agency work mostly in Glasgow though sometimes have services provided throughout Scotland. Accordingly, the organisation mainly generates income through the care service and then reinjects this income into the business to support its continuous operation. However, Audrey believes that the value gained from recognition within the local community is far greater than money.

In addition, The No.1 Be-friending Agency works with several organisations such as local authorities, the National Health Service and different community projects which refer people to the organisation. So, “it is a group of people who give us people and no money and group of people who give us money, so you source different things from different people”. Although the volunteer is not getting paid, they are receiving an invaluable opportunity which creates “a way to develop their skills towards a professional path”.

The No.1 Be-friending Agency strives to have sustained relationships with the befriendees and this is key to their ability to meet the social needs of people. The relatively small size of the organisation enables consistency to be achieved, where befrienders are committed to visiting the same person. Consequently, this has prompted 100% of their clients to define their befriending relationship as meaningful. As an organisation which aims to improve the lives of people, this is a key figure and shows the impact that the staff and volunteers have on the community around Glasgow, thereby enabling the company “to support people to live fuller, happier lives” (The No.1 Be-friending Agency, 2016, pp 4).

In 2015, the Glasgow Centre for Population Health discussed the effect of isolation, where 90% of people with infrequent contact and social interaction where found to be more likely to feel lonely. This is particularly relevant due to the relationship between loneliness and depression. Having the opportunity to socialise with a befriender or through the monthly ‘Cup of Friendship’ works well to include people through social gathering, friendly chats and entertainment. A further benefit of the work performed by The No.1 Be-friending Agency can be illustrated as 42% of their clients say that apart from conversing, they are now able to do things they could not do alone (The No.1 Be-friending Agency, 2016).

A great positive is the fact the organisation has grown quickly over the past 2 years, which has subsequently allowed for a higher number of volunteers to be sourced and therefore a greater number of elderly people supported, consequently strengthening the impact of the service on the Greater Glasgow area. As more potential volunteers are trained and allocated a befriendee, an even higher number of residents within Greater Glasgow will benefit from the work of The No.1 Be-friending Agency. 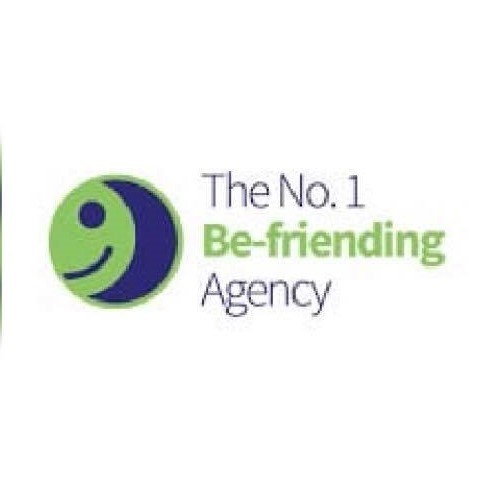 Established in 2016, The No.1 Be-friending Agency is a social enterprise registered as a community interest company (CIC) who provide their service to residents over the age of 60 within the Greater Glasgow area in Scotland. According to Audrey Mutongi, the founding director, “The agency aims to tackle the feelings of loneliness and isolation that is often experienced by the elderly, who have limited social interactions each week”. The belief of Audrey is underpinned by recent research, where it is reported that there are around 1.2 million chronically lonely older people in the UK (Age UK, 2016).

Currently, The No.1 Be-friending Agency has 3 full-time and 3 part-time employees based out of their office in Glasgow. In addition, there are 8 carers who work on a self-employed basis and accordingly provide the care service offered by the organisation. The befriending service presently has 50 volunteers and 56 service users, which are referred to as ‘befriendees’.