SunCulture aims to create a new investment class by empowering poor farmers to increase their annual crop yield by using the AgroSolar kit. This kit utilizes a solar-powered water pump to fill an above-ground water tank which then provides water to crops via a gravity-fed drip irrigation system. This system significantly reduces irrigation costs while also providing higher yield and additional growing seasons to farmers in Kenya.

AgroSolar irrigation kit - A small pump is placed in a water source (well, lake, river, stream, borehole, etc.) and, powered by a single solar panel, pumps water to an above-ground water tank for storage. Water collects here throughout the day, thereby building up a reservoir of clean water for irrigation. When a valve is opened on the water tank, the water is gravity fed across the farmland and directly onto crop root zones using lengths of drip irrigation hose.

Each of the AgroSolar kits can provide water for a full acre of crops. Traditionally, farmers in Kenya have spent as much as KES 20,000 (~$200 U.S.) monthly on fuel for petrol pumps. This was a significant expense for farmers who would only bring in revenues of ~$600 annually for each acre. The single largest expense for them was fuel cost. SunCulture offers their standard solar irrigation kit for KES 89,000. This can be easily paid off within two years.

In addition to providing reliable, inexpensive irrigation, fertilizer can be added to the water reservoir thereby delivering it directly to the crops with minimal loss or effort. The combination of these innovations allow the farmers to produce more crops that are high quality at a lower cost and also provides additional growing seasons. 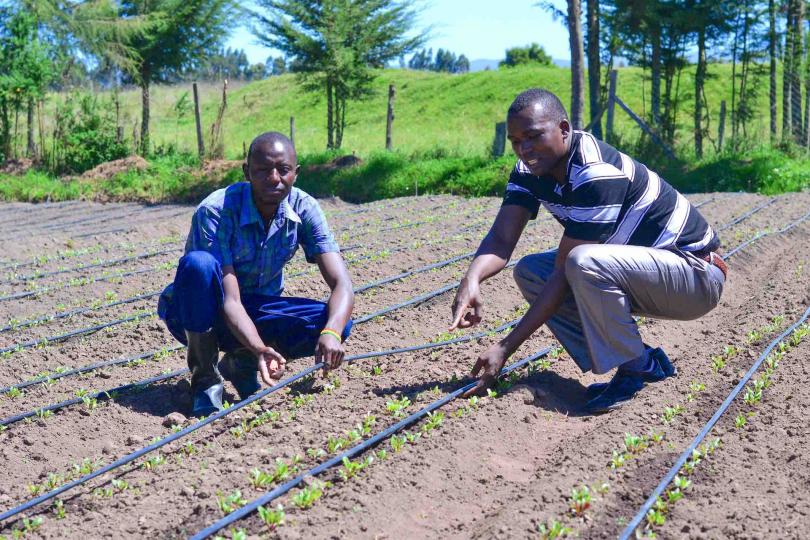 The two co-founders, Samir Ibrahim and Charles Nichols, realized that "three-quarters of the world’s poorest and hungriest people are also farmers." In further researching this tragic irony, they also realized that Africa has 2/3 of the world’s arable land but crop yields trail the world average by 50%. Further, Africa only produces 10-15% of the world’s agriculture. An estimated 60% of its land is suitable for farming – that is 874 million hectares of arable land. However, only 6% of Africa’s arable land is currently under irrigation – that’s over 2 billion acres not being irrigated.

Once they identified African farmers and limited irrigation, Samir and Charles asked themselves, "Where can we add the most value?" They focused on Kenyan farmers, and brought their innovative system to underperforming farmers who were struggling under the cost of petrol pumps or lack of irrigation systems. These were the people and places that SunCulture could have the greatest impact on. The goal is to help farmers earn money by making them the best farmers in the world.

The AgroSolar kit provides an increase in water availability, a reliable water source, and an improved irrigation method to farmers. Farmers that relied on rain irrigation could now have three growing seasons rather than one and produce 3-5 times more crop each season. Instead of paying as much as KES 20,000 (~$200 U.S.) each month on fuel and barely turning a profit, farmers relying on petrol pumps can now increase crop quality and quantity while also reducing costs. They can entirely pay off an irrigation system in one or two years while increasing profits during the same time. Thereafter, a single acre that was earning ~$600 can now earn $14,000 an acre while also dramatically reducing operating costs.

SunCulture has sold thousands of irrigation systems since their first sale in 2013. Each AgroSolar kit sells for KES 24,900 to 89,000, depending on the amount of acreage being irrigated (1/8, ¼, ½, or 1 full acre). Additionally, there are two more irrigation systems available. Mist irrigation is a simpler irrigation system for sale that does not utilize solar power and costs KES 18,900 to 39,000. The SP-300 Solar Pumping System is a system for larger farms that utilizes solar and can produce up to 12,500 liters of water per day and sells for KES 159,000.

Because many of the farmers barely produce and sell enough food to be financially profitable, the cost for these systems is a substantial investment. "What keeps me up at night? The $2,500 cost," stated Samir Ibrahim. To enable poor farmers in purchasing these kits, SunCulture is "piloting the world’s first irrigation system, seed, training, services, with two-year loan with variable payments" all wrapped up in a single package. Sunculture and the farmers work closely with local banks in providing avenues for financing, thereby providing a "one-stop-shop for the farmers" to get the financing, technology, product, and education to help them be successful.

"The truth is," stated Samir, "there’s not much that’s needed for farmers as far as technology innovation. They know how to grow food." These farmers have good seed, a growing season, a market to sell in, etc. What they need is the means to improve their financial position by increasing yield and profit. SunCulture's irrigation systems enable farmers to "earn up to KES 1,000,000 per acre, per season by growing capsicum, tomatoes, onions, and cabbages for the market." Instead of a single mediocre growing season, they can have 2-3 growing seasons and produce more and larger crops than they are currently. Customers report, "I started with just one acre, and that acre is already producing four times more than it was before SunCulture installed irrigation." Another customer said, "My yield is now four times what it was before.... Plus, now I can employ people to work for me and take on contracts for continued supply to major companies." The AgroSolar Irrigation Kit can save a farmer over $10,000 per year vs. using a petrol and furrow system. By reducing costs and increasing profits, these farmers have become empowered to change their life status. They can finally invest financially in their own future. But, that is not all.

To purchase an irrigation system, the farmer usually must fulfill the demands of a small bank loan, thereby starting a relationship with a financial institution. The increase in funds available to the farmer opens up huge possibilities. By providing a financial future to the world’s poor, impoverished farmers, 2.5 billion people will become investable. Roughly one-third of the world’s population could become financially viable by turning risk into predictability. A new investment class of people could be created and lives across the globe could be changed. SunCulture is impacting thousands of lives and has the potential to impact millions, working towards eliminating poverty and hunger simultaneously, thereby stimulating economic growth in new areas of the world! 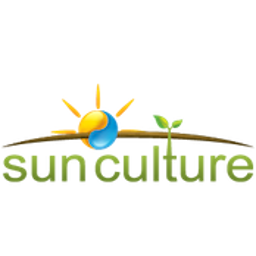 Since the sale of their first kit in 2013, SunCulture has been on a mission to help smallholder farmers in Africa improve both crop yields and quality. They are driven to constantly innovate and improve their technology to make solar powered irrigation solutions truly affordable for the millions of farmers on the continent.