Sellalong is an innovation in the app and sustainability world. It is a recommerce business that works with retailers to recirculate clothes by providing a function at checkout for shoppers to sell back the same brand apparel they do not use anymore.

Sellalong is a social enterprise that strives to increase sustainability around what people buy. Launched as Stuffstr in 2014 and operated under that name until late 2020, they partner with retailers to buy back used clothing so it can get a second life and stay out of landfills. Their goals encompass making reuse of the 70% of household items that currently go directly to landfill, creating hassle-free garment recirculation, encouraging consumers to invest in clothing that retains value, empowering people to maximize the life cycle of products they buy, advancing recommerce and making the resale industry grow, and giving retailers the insights, they need to sell higher-quality and longer-lasting products at the beginning of the product's lifecycle. They began as a public benefit corporation in Seattle but struggled to find the right partner and people willing to adopt the new technology and circular system. The business found a partner in John Lewis in the UK and has been operating in Europe ever since.

What sets the app apart from other second-use initiatives is that Sellalong has data from retailers regarding all the items they’ve sold in the past five years and combines this information with real-time resale data to calculate the prices at which retailers offer to buy the items back. The items are then picked up at no cost to the consumer and recycled or bought by a new owner making this a truly circular system. The approach is a creative solution to an age-old problem of trash and waste. As CEO John Atcheson explains, “If you really want to try to create a closed-loop system for everything that was being sold you have to intercept people in their natural flow, and the most sensible place to do that is in the checkout process.” 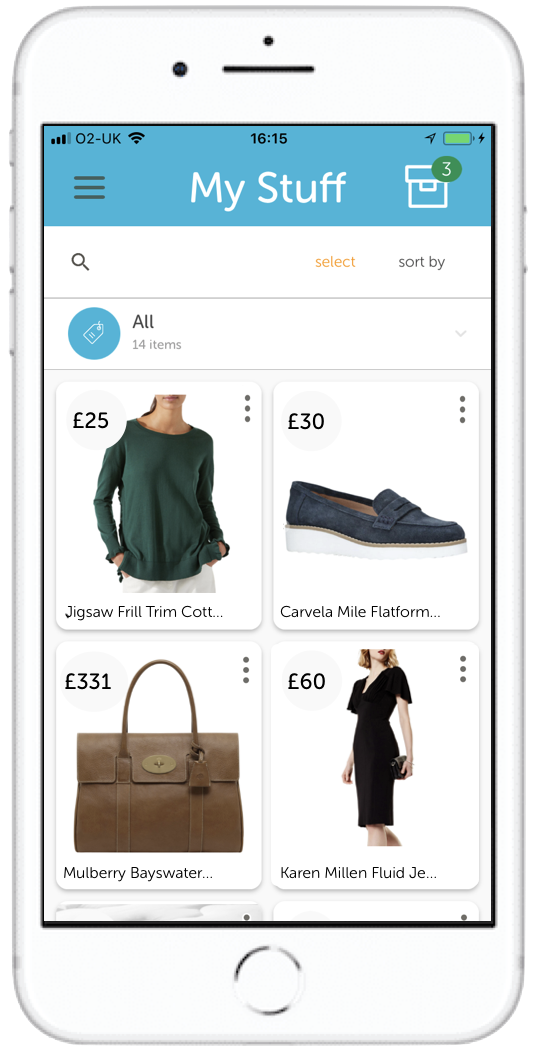 CEO, John Atcheson, as always interested in the intersection of sustainability and entrepreneurship. After focusing his MBA on renewable energy, he worked in tech only to realize that he wanted to fully enter the sustainability space. He found that he was astonished and disheartened by the amount of waste created in the world.

“Currently, 70% of what we consume ends up in landfills,” he said.

His fight against waste led to his helping to launch Getaround, a peer-to-peer car-sharing app in San Francisco. He stated that his goal is to always enable what is possible whether that be through an app or a partnership. Continuing in the sustainability and entrepreneurial space, he got to thinking about what it would really take to get people thinking and behaving differently. He thought of his dream solution -- pull out an app and select what a person does not want anymore, and someone picks it up and takes it away. If only it were that easy -- and that is what Sellalong does.

John Atcheson is a dynamic and inspiring leader who takes every opportunity to engage with partners and share his experiences with colleagues and students. As a circular economy strategist, he has received recognition for his innovative work by the World Economic Forum, the World Retail Congress, and the Ellen MacArthur Foundation. John is always thinking about other people and partnerships to build. It was through thinking about people -- how they behave and what their needs and wants are that Sellalong went from an idea to a business model.

He described Sellalong as first a tech and data company. When sharing about the work that he has done with the Chief Technology Officer to align processes, he stated, “We’re more interested in the tech platform that streamlines those [operational] processes than we are about doing that and handling it all ourselves. We could have partners we work with that are really great at that and that know how to hire the people to do that and train them and make that all work. That’s great from our standpoint. We just want to be able to leverage the data to streamline it in a way that it hasn’t been streamlined before.” In this way, he knows his future team will consist of data scientists, analytical thinkers, and future forecasters.

In Stuffstr’s pilot with John Lewis, people sold back about 1 years’ worth of purchases almost instantly. When Sellalong partnered with Adidas for their new service, Infinite Play, 80% of the clothes sent back could be cleaned and reused, and the client base was growing at over 50% month-over-month when Adidas suffered a COVID-related cash crisis and withdrew all funding for both Infinite Play and Stuffstr, resulting in the company needing to relaunch as Sellalong. Sellalong is a retail gamechanger – in August 2020, the company was named 2020 Retail Technology Game-Changer at the World Retail Awards.

Sellalong provides retail companies with the tools and capabilities to meet their sustainability commitments, improve brand image, and engage with consumers. Sellalong provides insights to companies that inform future product development, possible pricing, buyback value, and customer preferences. The data shared helps companies to understand the value of their products while consumers can have a better understanding of product life cycles and a new way to part with a product. Sellalong makes for a strong partner for both consumers and companies. Sellalong sees their platform as an innovative solution not just for apparel, but able to scale into many other industries as well. For example, John Atcheson sees the need in the appliance space for an innovative business disruption such as Sellalong because most appliances aren’t able to be recycled and are often left to gather dust in a closet even when they are still functional.

Sellalong is a transformational and ultimately, net positive business model. Its mission and strategy work towards Sustainable Development Goals #12, #13, and #17. It creates sustainable and circular consumption opportunities by creating a system that captures value and reduces waste. It acts against climate change by addressing waste problems and remediating them long-term. It forms partnerships with retailers to scale impact and achieve environmental and social benefits.

Like any strong circular system, Sellalong designs out waste and pollution and keeps products and materials in use. Through their use of data, Sellalong can determine the value of a clothing product so both customers (retail partners) and consumers (individuals) are aware.

Sellalong (previously Stuffstr) is an innovation in the app and sustainability world. It is a circular economy business that works with retailers to recirculate clothes by providing a function at checkout for shoppers to sell back the same brand apparel they do not use anymore.