Rebirth of Natural Dyes as a Nation's Heritage

Natural dyes are a cultural and noble heritage of the Indonesian nation. In the past, at first all the production of fabric and handicrafts in Indonesia used natural dyes. Over time, the presence of synthetic dyes that developed in the community eroded the use of natural dyes, although synthetic dyes carry risks related to the health of synthetic dye users and environmental pollution (carcinogenic). In fact, since 1996, several types of synthetic dyes have been banned from use in Europe and beyond because of these considerations.

The market for natural dyes in Indonesia is still very rare compares to synthetic dyes. But for export needs, developed countries have put a lot of restrictions on synthetic dyes

Although until now, Indonesia is still using synthetic dyes massively, the effort to use natural dyes has already started. This can be seen from the 2015-2035 National Industrial Development Master Plan (RIPIN), in which one strategic issue is the use of environmentally friendly dyes for the textile and leather industry. Even in the current government era, the green industry is starting to be encouraged, where the use of natural dyes is one of the issues.

Located in Sleman Yogyakarta, Indonesia. Gamaindigo is a brand that is engaged in the utilization and development of natural dyes in the textile and fashion industry.

Starting from research conducted by Prof. Dr. Ir. Edia Rahayuningsih and the Department of Chemical Engineering, Gadjah Mada University, where she belongs, since 2005, Gamaindigo has started to mass-produce natural dyes since 2012 in the form of Indigofera tinctoria natural dye powder. As for the supply of raw materials, Gamaindigo develops cooperation with farmers producing Indigofera leaves, with a plasma system. For now, Gama Indigo is also focusing on educating plasma farmer partners.

Recently, Gamaindigo took the initiative to launch a natural coloring training education kit for children and beginners through the Gamaindigo Dye Kit. And also initiated with the Rector of Gadjah Mada University (UGM), Prof. Ir. Panut Mulyono, M.Eng., D.Eng., IPU, ASEAN Eng, launched the Indonesia Natural Dye Institute (INDI) as a Center of Innovative Excellence of Indonesian Natural Dye as a gathering place for SMEs, universities, government, and investors to build the culture of using natural dye, so that it develops more widely and is supported by stakeholders.

Starting from the founder, Prof.Dr.Ir. Edia Rahayuningsih, MS as a professor at the Faculty of Engineering, Department of Chemical Engineering, Gadjah Mada University: Utilized of Indigofera leaves as a natural dye.

“That's why I then dig into my field. Namely want to turn indigo leaves into powder. Then I collaborated with other institutions as suppliers of raw materials. I also work with batik craftsmen, to learn and see how they dye cloth, so that I can research, and they can use my work. As a lecturer, I have many students who have great energy. I direct them to conduct research if there is a case, then conduct a study so that the knowledge is sufficient, the study of community service is also sufficient.”

In addition, the abundance of natural dye resources in Indonesia, from leaves and wood processing residues that have not been and are not utilized. Especially at this time with the publication of RIPIN and the Green Industry Policy, Gamaindigo with all the capabilities it has wants to actively contribute in making it happen, namely by encouraging changes in the use of synthetic dyes into natural dyes on a massive scale in the community. Thus, Gamaindigo's dream of building a healthy generation and national sovereignty through natural dyes can be realized.

The advantages of using natural dyes for Gamaindigo Natural Dye & Batik products are cheap, guaranteed quality through long research, available in large capacities, definite doses, and practical to use.

In addition to researching and producing natural dyes, Gamaindigo also researches the technology of textile and batik dyeing processes using the natural dyes produced. In this way, practical, fast, standardized and standardized methods of "dye" and "doodle" can be produced. 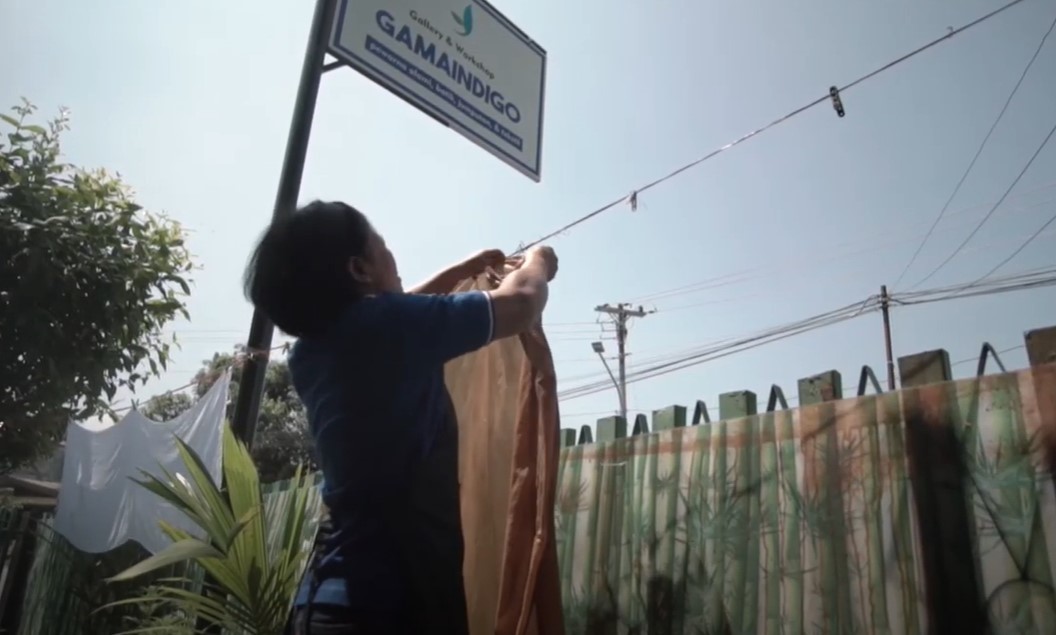 “In 2001, I graduated with a Doctorate in Chemical Engineering from UGM. Initially, my research interest to get a doctorate was about environmental pollution, the performance of pollutants on the ground. Until 2003 there was still interest there. Well, in 2004 my heart as a mother of children who were still young, began to be disturbed when I saw children's snacks at school wearing synthetic dyes. As a chemist I know it is very dangerous for health. If it is forbidden to eat snacks in the community, it is like that. I think, who should pay attention to this? Even though the problem is not only my child's problem, right? That's a problem for the general public, especially the lower middle class, whose orientation is definitely cheap and colorful food. It must be a snack that uses synthetic dyes, which is a very destructive term.

That's where I started to think about dyes. During a reunion, I met Bu Hani from Batik Winotosastro. He is my senior in Chemical Engineering major. We like to chat. That's where he knew I was interested in the dyestuff field. He told about the indigo dye which is currently very potential, needed by batik makers, but the goods are not available. Indonesians in general only complain, even though they already know the potential but don't do anything about it."

Over time, synthetic dies have come together with ease of access, are economical and have become entrenched among small artisans. Especially the big industry.

Due to developing natural dyes, if we only focus on products, we will quickly give up..

Gama Indigo is not only business-oriented, because from a business perspective it will not be valuable if it is not driven by massive culture and habits of natural Dyes usage. Gama Indigo aspires to be a pioneer in preparing the foundations and pillars to realize the dream of returning natural dyes as heritage and expanding into the larger industrial sector. Business value is the umpteenth number, not become the main priority.

This has been done continuously for almost 20 years, campaigning for the use of natural dyes. To small craftsmen and SmE, preparing raw materials, to supporting the fashion industry to be able to receive batik works using natural dyes.

Another pillar is establishing cooperation with other stakeholders, the Government, Business investor, universities, and the Small Entrepreneurs Association (SME) unites in the same framework in INDI.

Golden Goals: Indonesia Gold – Towards a Resilient Industry (Indonesia Emas – menuju industry Tangguh) following the Indonesia’s government goal. Natural dyes as Indonesian culture are not recognized by other nations. Come from Indonesia as a developing country is a pioneer in the green industry.

Natural dyes support environmental health and as a nation's sovereignty.

There are 3 main impacts:

1. Increase the value of Indigofera plants and will continue to be developed for natural dyes

2. Business opportunities for Indigofera plant cultivation “Initially, we created both nucleus and plasma at the same time. But we started from Karangtengah Bantul. Well, if the plasma is not yet professional, it will fail. Well, in Subang (West Java), we have just built the core. We plant indigo on 7 hectares of land. When it is settled, we will raise the community as plasma.”

3. Revival the wealth of natural dyes in Indonesia. Indirectly gave birth to several new businesses that carry natural dyes, but again if the habits and trends are not built consistently, the business will not last long. Just stop as a trend..

Uniqueness of natural dyes creates market differentiation in the fashion market and focused on export market. And birth of small SME focus in natural Dye Batik , compete in quality, and have the potential to become a market leader

Efficiency of consume: The price is IDR 800 thousand per kilo of powder, it can be for about 30 fabrics. For 30 grams (Rp. 25 thousand) it can be used for 2 meters of fabric (1 sheet of cloth). The former liquid can still be used and just add the powder.

The advantage, 100 percent made from natural ingredients are not carcinogenic. does not trigger cancer because it is environmentally friendly. Easy to use, durable, the resulting color does not fade. The results of their work are economical, the price of batik cloth can be doubled compared to when craftsmen use synthetic dyes.

◦ Give education among community know how of natural dye beneficiary.

◦ The use and application is not disposable like synthetic dye, friendly to aquatic biota. 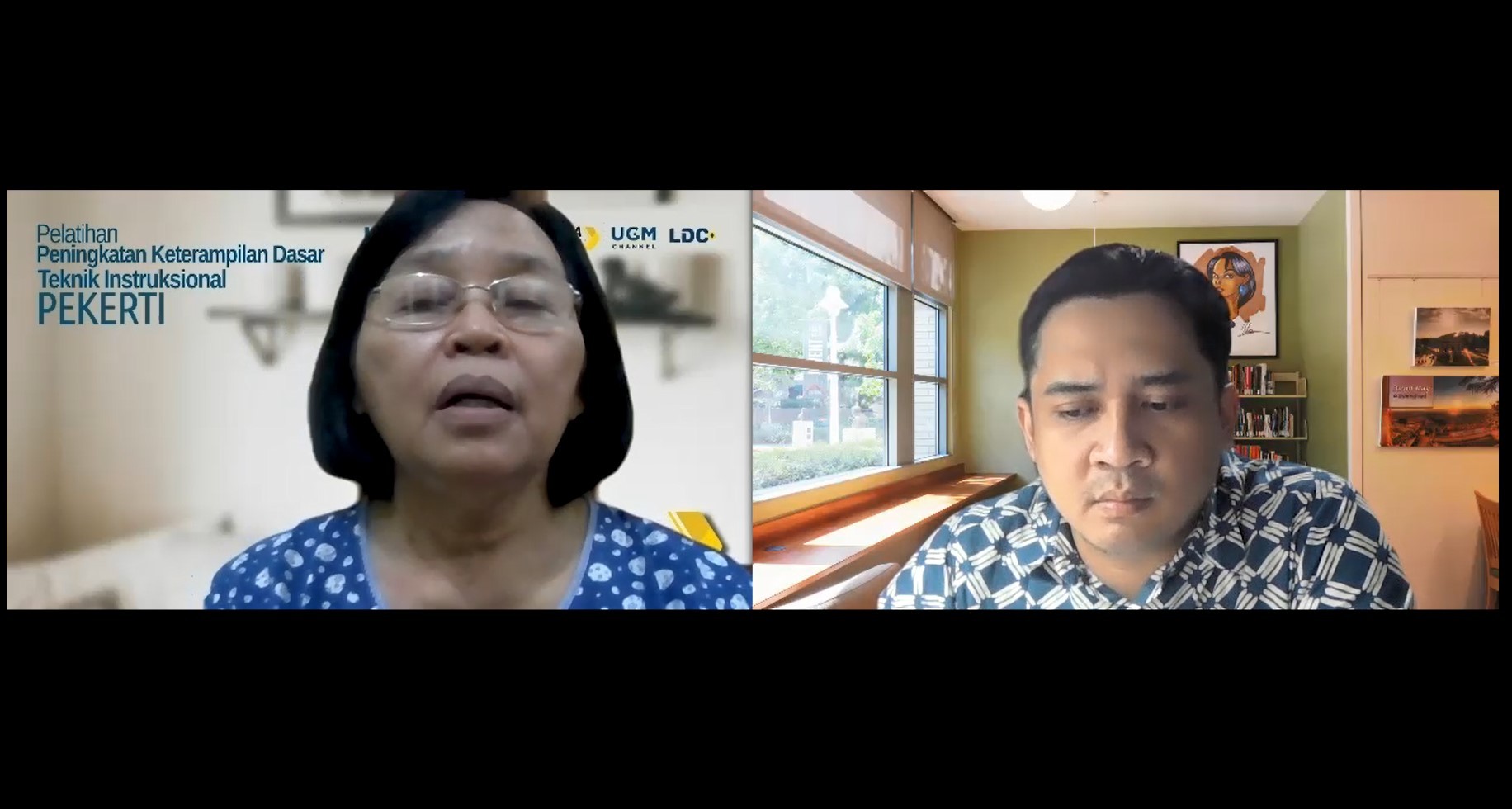 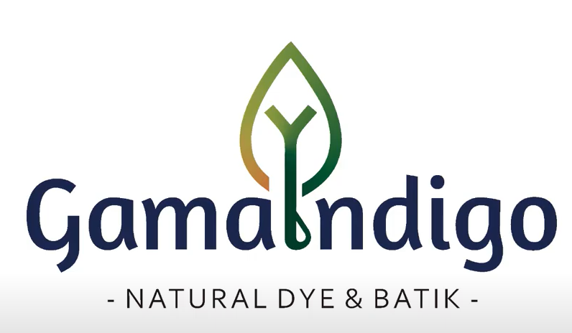 Gamaindigo is the basic foundation to build a new wave culture of natural dye usage, by proving the importance of future green business to bring the nation's heritage internationally.