Providing Creative Opportunities to the Disadvantaged

The innovation is providing access to the arts for people with disabilities who would otherwise be unable to get involved. Studios also provides their services in order to fund the work of the charities behind the studios.

Fablevision was formed in 1995 when the founder, Liz, identified an issue with disabled people being able to get involved in the creative arts. Liz explains that the innovation within Fablevision happens when a blockage needs to be moved. In the early days of the organisation, the blockage was the idea that people with disabilities did not have the same opportunities to get involved in the arts. The aim of the innovation was to create integrated theatre and to have people with disabilities involved in the training and performance. Out of this innovation, an organisation called "Birds of Paradise" was formed. Birds of Paradise puts on large-scale theatre productions, which gives communities a unique platform to tell their stories. One of the productions they were involved with creating was in Paisley to tell the story of the Paisley Pattern. The group also has had touring productions that traveled across Scotland. The innovation at Fablevision was described by Liz as always to stay cutting edge.

In the more recent history of Fablevision, the organisation formed Fablevision Studios in 2007. Fablevision Studios gives the long-term unemployed and people with disabilities the opportunity to gain valuable filmmaking and other media-related skills that they can use to find employment. The studio provides filming graphical design and events management that the charity needs for their other projects. The studio also takes on projects for third-party organisations. The outside work that they take on helps to support the other projects that Fablevision has. For every £1 that is invested in the studio, more than £13 is made. 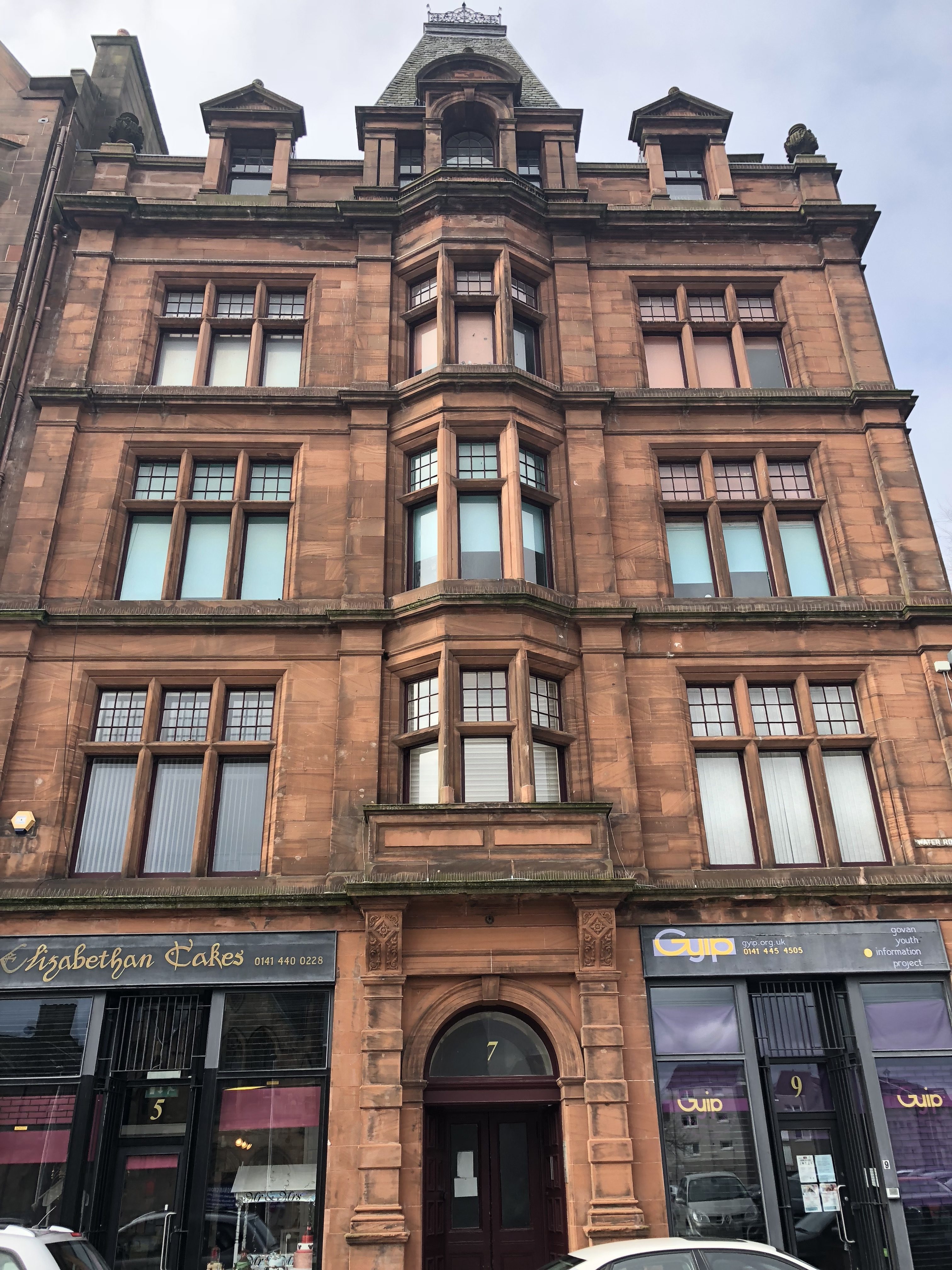 The inspiration behind the innovation in Fablevision came as a result of Liz identifying that there was a difficulty for people with disabilities having a chance to be involved with the arts. The inspiration was very much being able to help find a solution to a problem that has been identified and how they will be able to help resolve this for the benefit of the community. Lou, who is the creative manager at Fablevision Studios, said much of the motivation behind the innovation comes from her personal experience in the creative world. Lou said, “I’ve realised how hard it is to get opportunities. It can be very terrifying at first with the fact the creative world can be very unstable, and this gives them the chance to test the waters with the opportunities of FableVision.” This can provide valuable experience to anyone who is having trouble getting involved with the arts and can afford them valuable experience to help them find employment as a result of learning and developing on new and existing skills. Fablevision contributes to Sustainable Development Goal 4, "Ensure inclusive and equitable quality education and promote lifelong learning opportunities for all," through providing opportunities to those who are socially excluded and with disadvantages who face difficulties in gaining entry to creative arts projects. This also reduces inequalities within the arts so that anyone applying for a job is not disadvantaged by any form of disability or the background of where they come from.

The overall impact of the innovation has resulted in many rewarding experiences for the members of Fablevision studios. Most of of Fablevision’s outputs contribute to improving life chances and opportunities, which are sometimes difficult to measure in commercial terms. Due to limited funds, it is difficult for the organisation to reach a larger scale and therefore they do not attract many commercial jobs. However, they do occasionally appear due to the Fablevision involvement with charities. The innovation displayed has allowed Fablevision to gain investments which have allowed them to invest in other charities. However the innovation is arguably responsible for what was stated to be a very proud and rewarding moment for the staff at Fablevision. The organisation conducted a social impact study where they contacted people who had been involved in their productions throughout the last ten years and asked how Fablevision had impacted their lives. The feedback from the study was overwhelmingly positive, with one individual even saying that Fabelvision had saved the life of a suicidal individual. When looking at the United Nations Sustainable Development Goals, Fablevision's innovation focuses on a number of them. Fablevision has changed lives by giving people who may otherwise struggle for employment job opportunities and the skills which they can use for later life. Fablevision acknowledges that it can be difficult to enter the creative arts industries, however they provide a chance for employees to not only learn but actually do the activities involved. By giving fair opportunities to people with disabilities, Fablevision also contributed to the Sustainable Development Goals 3 and 4, "ensuring good health and well being," as they have helped those with disabilities overcome many of the hardships they face in society and providing "quality education" to them in the process.

Fablevision has had various benefits since the introduction of their innovation. With their main innovation involving the idea of helping people with disabilities gain a chance in a competitive market, this creates a beneficial working environment for employees, as the idea of helping the disadvantaged can motivate many, which was highlighted within the interview. Fablevision has been lucky to gain investment over the years due to the fact that many external enterprises appreciate the work they are doing within the community, and this stems from their innovative stance on opportunities for the disabled. A social return of investment audit was completed by the firm, and this highlighted that for every £1 invested within Fablevision they end up having a 13.68 return on this investment. This highlights that their innovation is becoming extremely beneficial for them not only as a charity but also as a business. The long-term effects include the fact that the company can gain capital and invest to create long-term stability. This goes alongside the UN global goal 8, “Decent work and Economic Growth,” and UN global goal 9, “Industry, innovation and infrastructure.” The firm is clearly providing not only economic growth but pushing the innovation barriers with the opportunities available for those who need it most. During the interview, it was clear the organisation has benefited many individuals over the years, and this works as a benefit for them as an organisation, as it highlights the effectiveness of their service and makes it clear that they have a successful business strategy.

Fablevision’s innovation is benefiting society through giving disadvantaged people in Govan inspiration through volunteering and employment in the arts, which is helping towards achieving their full potential. Previous disadvantaged people that have worked with Fablevision have developed and opened their own small businesses or work in the volunteering sector. There has been a positive overall impact on Govan as there has been increased growth in new companies opening in the area. Furthermore, Fablevision has spurred new policies in Glasgow to advance change. These benefits support the UN global goal 10, “Reduced inequalities,” as disadvantaged people with disabilities and people who are long-term unemployed are given opportunities which support them entering the workforce. They also support the UN global goal 8, “Economic growth,” as Fablevision creates job opportunities with decent working conditions for people in Govan and creates entrepreneurs who start their own businesses. This helps stimulate the local and national economy. The company is also benefiting the environment through their plan to regenerate the Govan graving docks, which have been unused for many years. Fablevision is currently creating a sustainable opportunity within the graving docks that will benefit the environment. Through this new project, Fablevision is supporting the UN global goal 11, “Sustainable cities and communities,” by creating new jobs and prosperity in Glasgow. 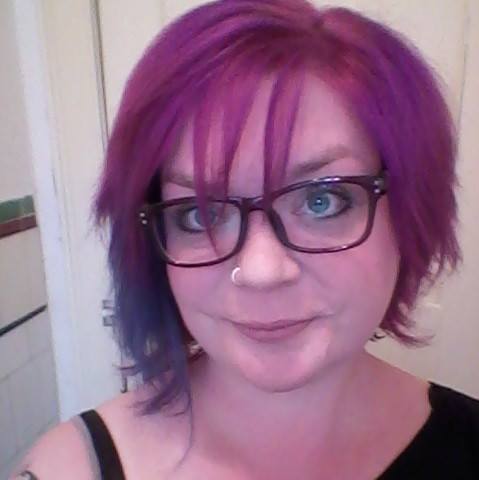 Fablevision was set up to tackle social inequality by providing people with long-term disabilities access to the creative arts industry. The studio was created to attract funding to support the charity's cause and permit people from deprived backgrounds the opportunity to learn and develop new media skills.