Their vision for Sanggar ASI (Breastfeeding Studio) is for it to be a role model social entrepreneurship that cares about natural upbringing and employ the golden standard in baby nutrition. Their mission includes being an ethical and competitive company in their field for baby and breastfeeding supplies so that it can fund their social activities. Another mission includes giving social service in relation to a natural upbringing by offering free education and counseling.

Thus, Sanggar ASI is striving to erase poverty, increase health and well being, and support quality education by ensuring that young mothers are able to breastfeed their babies.

Millions of women have delivered babies and breastfed their children. However, many of those millions do not share the struggles they go through the first few hours and days after a baby is born. For some, it may come naturally, but for others, there is a struggle. The body is still weak from giving birth or going through major surgery through a cesarean section, and then there comes a struggle for the baby to latch. It takes a lot of practice for a baby to be able to latch which can sometimes lead to dry nipples, bleeding nipples, mastitis, swollen breasts, not being able to express milk, among other things. To add on top of that, as the mother is experiencing all this trouble, all the baby wants is milk and he/she is making him/herself known through the crying. Hence, when Raisika, a brand-new mother in 2012, experienced all this struggle, she knew she had to seek help. Fortunately, she was able to find help from a lactation counselor and they were able to help her, and she subsequently breast fed her baby. Raisika realized that not many were as fortunate as she was and not many knew there was a help to be found, let alone knew where to go for help. So, in 2013, Raisika attended a 40 hour WHO/UNICEF training to be a lactation counselor using her own funds. After being certified, Raisika traveled to homes of people who needed her help, or those who were pregnant, to educate them and counsel them for free. Then in 2014, she established Sanggar Asi.

At the beginning, she used her rented house as a space to stock up on breastfeeding items to sell. Only in 2016, she brought on a business partner and her friend, Laksmirika, to be a shareholder in her company and added 2 more employees to help with sales. In 2017, they officially registered PT. Sanggar ASI Indonesia, and added 4 more employees to their company. All employees were then registered in the Ikatan Konselor Menyusui Indonesia. The company is self- funded, in that Raisika, and her partner, Laksmirika, are the only share-holders in the company and completely fund themselves. They acknowledge that for them to do this, they would need funds, and in order to obtain funds, they believe they would need to be independent so that they could maintain their idealism. Raisika also acknowledges that using their platform as a social enterprise, they could obtain funds on their own through the sales of their products on various social marketplaces and not rely on donations, sponsors and funding from other parties. Hence, they are able to sustain themselves through their online store where they sell various new born and breastfeeding supplies and accessories such as nursing clothes, baby carriers and baby bottles. Sanggar ASI is the first and only social entrepreneurship platform in Indonesia supporting breastfeeding and breastfeeding mothers with the concept of the team manager being a ‘’volunteer’’. 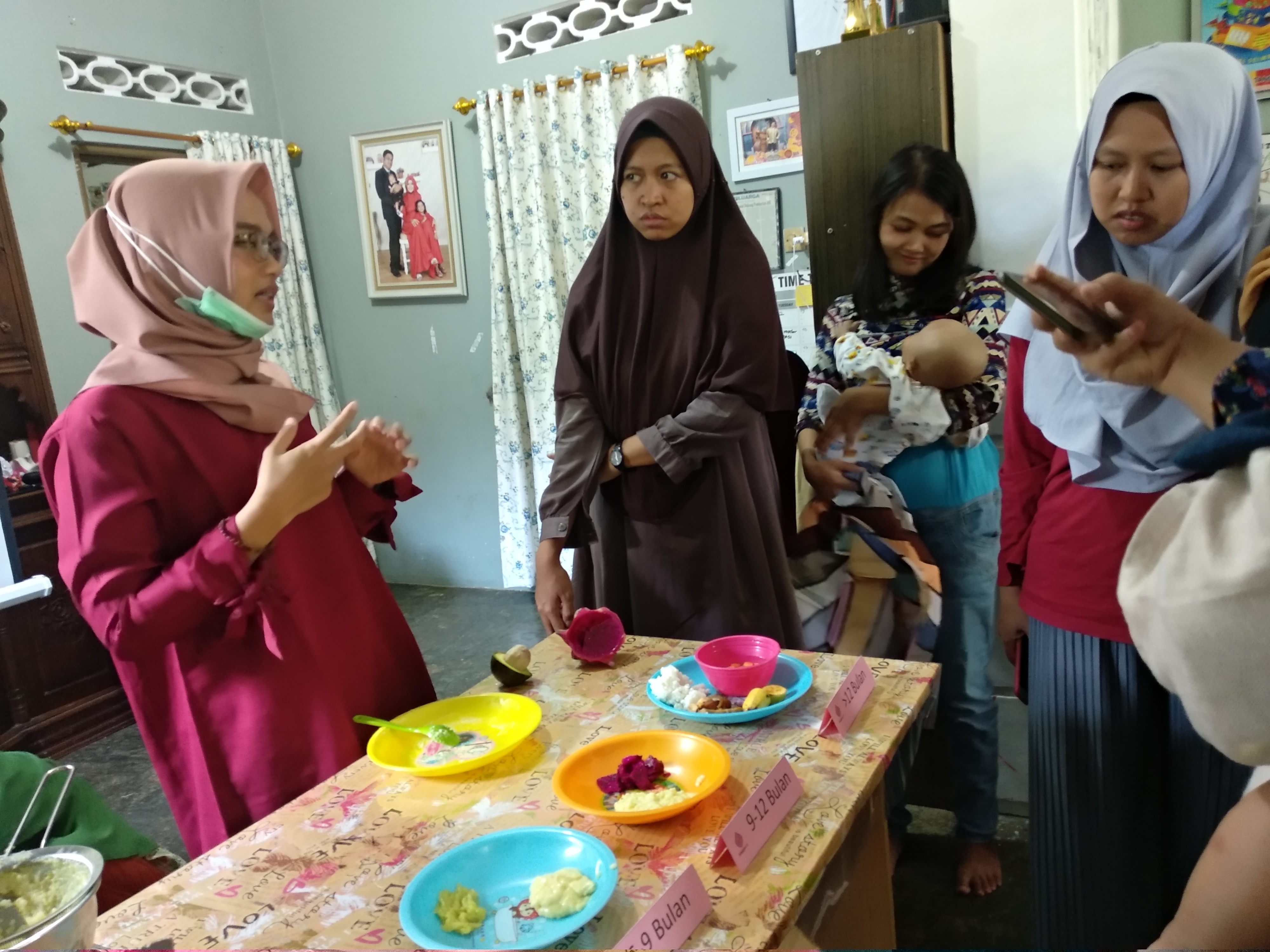 When Raisika Wiryameja had her first baby in 2012, she expected a lot of joy, happiness and hard work. The joy and happiness were there, but unfortunately with it came a lot of drama and frustration on both the part of baby and mother when she struggled to breastfeed her baby. Fortunately, with the help of a lactation counselor, she was able to breastfeed her baby for three and a half years. Raisika realized that not many women had the knowledge and resources she had to go seek out and consult a counselor. This was how "Sanggar ASI" was born, and this was what inspired it. She has taken this as an inspiration- the struggles new mothers have in breastfeeding their babies- and established a more approachable resource for them to go to overcome their struggles. Instead of just waiting for new mothers to come to her, she goes to them. She goes to communities and educates them. This in turn, helps her reach a wider scope of people to help.

There are several forms of impact that Raisika hoped that Sanggar Asi can bring to the society.

Sanggar ASI operates a retail business of baby and breastfeeding materials. They operate an outlet store on their location as well as various online establishment through e-commerce marketplace, website, and social media. Sanggar ASI reach their customer from all over Indonesia through their online establishment. Their outlet store serves customers who come from areas around Jogjakarta, Central Java, and East Java Provinces.

Sanggar ASI supports national and local products as 90% of their products are supplied by local suppliers and producers.

Just as with any entrepreneurship company, they face challenges as they build their brand. One of the main ones was how to balance between their business and their social service. They encountered a time wherein they were so busy in their social service aspect, due to a lot of requests for counseling, that their business was left behind and sales were plummeting. They overcame this by setting a schedule, and setting a target to achieve, business wise and service wise.

They also faced some management issues, as they struggled a lot with turnover rates of their employees. It takes a lot of time and manpower as well as money to have to train new employees. Thus, to overcome this problem, they introduced a pension fund for employees that have worked for more than 3 years, as well as ‘’jaminan hari tua’’ without cutting the money from their paycheck and completely funded by the company. This really helps decrease the turnover rate, and the team is able to more fully put in their time and energy to the company.

Another struggle and challenge they face is that as time goes by, they have to stay up-to-date with current trends in the business world and in the world of breastfeeding and child rearing. They try to stay up to date by constantly sharing ideas and knowledge with each members of their team. Sometimes, business wise, some members of the team go to further their education, and they use whatever knowledge that is at their disposal to help the business aspect of the company.

They also face challenges in having to maintain their idealism with that of the ethical code of WHO and UU. Not many companies understand or obey the ethical code of WHO, but in Sanggar ASI this is their challenge for their integrity. As such, it is their pride and value that differentiates Sanggar ASI. When there is a producer of baby items, such as baby bottles or baby nipples, that is on the negative list of WHO and offers to work together with Sanggar ASI in exchange for promoting their product, they will decline and offer an explanation as to why they are declining their offer.

Breastfeeding counseling. They offer breastfeeding counseling at their location in Sleman, Jogjakarta by appointment every Monday to Saturday from 9:30 am-4 pm. They entertain various issues from the position of baby when breastfeeding to sore nipples, swollen breasts and more. There are some treatments they are able to provide as well such as lactation massaging, and hypnobreastfeeding. Their team members are all certified in the services they provide. If they encounter a problem they are not able to solve, they will then refer them to a place other than theirs that is able to provide the services that they need. Their clients do not just come from Jogja, but from locations such as Solo, Magelang and Wonosobo, among others.

Informal meetings (KOPDAR). The team at Sanggar ASI hosts informal meetings in their small meeting room on location weekly, monthly, and yearly with various different themes and topics. They invite pregnant women and their spouses, and here they share knowledge and up to date information that is beneficial for a pregnant woman and her husband. They also organize these meetings with communities to be able to help the community in rearing their young and their children in the most optimal way possible. When invited, they also go to puksesmas and posyandu to help new mothers there.

Training. The team at Sanggar ASI have also given training at a babysitting organization and to the whole community of desa Wedomartani to support working moms so that they are still able to give and provide breast milk to their babies that are in the babysitting organizations. The things they cover include the risks of formula, how to express milk and how to give expressed milk without the bottle nipple. This training was also attended by the pemerintah desa wedomartani and the head of health of Sleman.

Competency training for Sanggar Asi team. It is very important for the team to constantly be training and obtaining certifications from trainings and seminars that have to do with breastfeeding, breast milk, counseling, hypnobreastfeeding, and more. 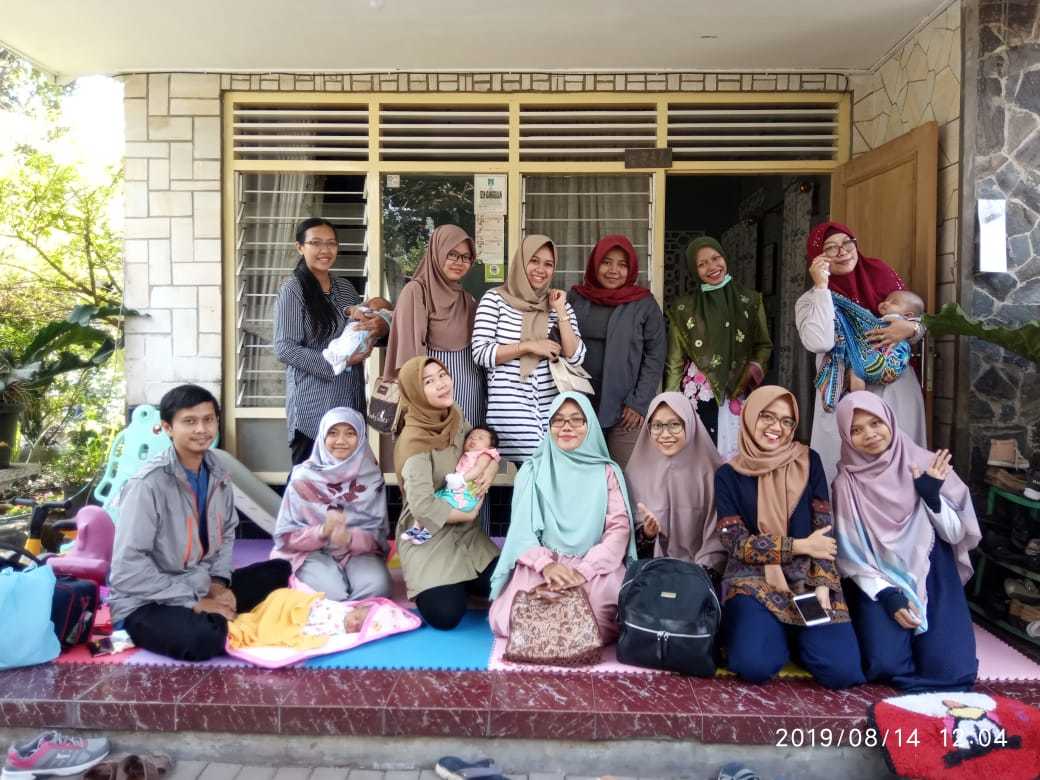 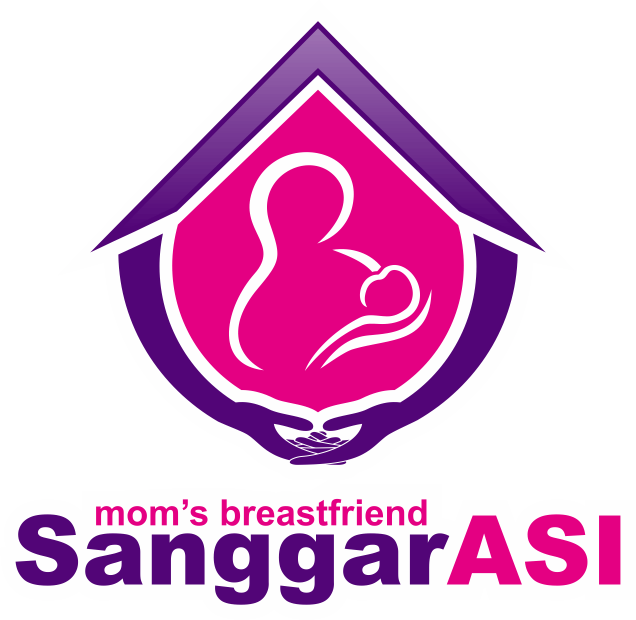