Levi’s goal is to lead the fashion industry with its sustainability goals by open sourcing their water-less technology and high principles on labor conditions. Not only does Levi’s want to create a more sustainable environment in the fashion industry, but they also want to have a positive impact on the factory workers. The company’s mission is to sustain responsible commercial success while balancing goals of superior profitability. Levi’s aims to achieve the UN sustainable goals: SDG 10 (Reduced Inequalities) and SDG 11 (Sustainable cities and communities).

Levi’s goal is to create an environment in the fashion industry which both looks to sustainability and responsible care for ALL workers, not just those within the corporation. Levi’s has implemented new technologies such as the water-less initiative, which they have open sourced to their competitors, in order to create their jeans in a more sustainable fashion. The water-less technology is an innovation which allows fashion companies specializing in denim clothing to create clothing items using less water and, thus, become more sustainable in the process. This technology has not only helped the environment by creating clothes more sustainably, but it also has helped reduce Levi’s Cost of Goods Sold by over a million dollars (see Business Benefit section). Moreover, Levi’s is dedicated to the well-being of its employees by implementing worker well-being programs. The workers, in this case, are factory workers whose work is outsourced to Levi’s. In regard to its workers, the three core community issues that Levi’s tackles are the negative stigma of having HIV and AIDS, ensuring that all their workers around the world are treated fairly, and supporting immigrant communities. Some of the worker well-being initiative programs include: providing buses for female factory workers so that they can safely travel to and from work, sending their own inspectors to ensure that the factory workers are treated fairly, and ensuring that workers are working in safe and comfortable conditions. Levi’s proactive leadership in worker well being has inspired other companies in the fashion industry to follow. They launched their Terms of Engagement Code, a code of conduct that holds Levi’s to high environmental and human rights standards, known by other companies in the fashion industry as, “The code that started a thousand codes”.

Besides all the great initiatives which Levi’s has implemented, Levi’s has recently launched a new campaign called “Buy Less, Wear Longer”. The campaign emphasizes the importance of awareness in regard to sustainability and that when you buy a Levi’s clothing item, due to the water-less technology, the item will retain a high quality for a long period of time (hence the logo of two horses trying to pull apart a pair of Levi’s jeans) resulting in less unnecessary purchases.

To Levi’s, the sense of corporate responsibility is not a new idea. Rather, Levi’s sense of responsibility has always been a key value and commitment since the founding of the company. In the interview Mr. McBriarty mentioned that the aforementioned logo of two horses trying to pull apart a pair of Levi’s jeans might have been one of the initial cause-related marketing campaigns, “It [the logo] was demonstrating to consumers that if you buy a pair of Levi’s, they’re going to last. And when we first launched our products, it certainly wasn’t for people to wear from a fashion perspective, but it was a utility perspective; it was miners, people in the trades that needed a pair of jeans that would last, and so durability is one of the founding ideals directly relating to sustainability.” While many fashion companies seek to push as many products onto their consumers without regard for sustainability, Levi’s has always been more concerned with durability and sustainability, which is now reflected in their sustainability initiatives. Now, almost two centuries later, Levi’s is encouraging its competitors to follow in their steps; by open sourcing all of their water-less technologies, and even encouraging competitors to come and be taught about the technologies, Levi’s is actively promoting a sustainable environment in the fashion industry. Moreover, instead of using the company’s operation cycle to decide “giving back” based on earnings, Levi’s always has a reserve fund which they use to be sustainable and give back regardless if there is an external or internal crisis.

Levi’s waterless technology, the monitoring of working conditions, financial support, and informational availability has helped create trends across the industry that directly impact people’s lives for the better and has helped reduce the amount of resources used to produce denim products.

Levis has been donating money and monitoring warehouse working conditions for years. So when people over the last 2-3 years have started holding businesses accountable to play their part in community wellness and outreach, Levi’s was able to show how they have already been doing this and encourage other companies to follow suit. They do not fluctuate their contribution depending on how well they do each year, rather they have a set amount of money for each term that goes to certified locations for direct aid. They are consistent and committed to helping those who need it most.

Over the last year, because of the COVID-19 Pandemic, production was forced to stop in many factories across the world. Many companies chose to terminate their contracts with the factories and thus leaving the workers to whom the work was outsourced without a job. However, Levi’s instead decided to honor all manufacturer contracts in order to help support the factory workers, even if the factories were not producing the same levels of clothing as before. This gesture, “cost over 10 million dollars to fulfill each contract but was more than worth it to know that the worker’s I had visited before would be able to go home happy and put food on the table for their families”.

The waterless technique saves many gallons of water per denim item made, and since the technique is openly shared other companies that produce denim items are also able to use the same technology to contribute to the sustainability efforts. As Levi’s continues to research sustainability practices and techniques, the production chain will adapt and the use of vital goods will move closer to zero.

Levi’s benefits from implementing sustainable business practices are very apparent. To begin, Levi’s waterless technique has a more efficient process than the average production cycle for clothing. According to World Wide Energy, “[Levi’s] special production process reduces 96% of water used in the finishing process. Since starting the Water

As mentioned before, Levi’s usage of the water-less technique and the implementation of worker well-being initiatives is actively facilitating a positive movement towards sustainability. Through the water-less technique, Levi’s will be reducing its carbon footprint significantly and, as a result, making the world more and more environmentally friendly. In addition to their own practices, by making this technology available to competitors, Levi’s is encouraging other companies to follow suit; this will result in an overall reduction in carbon emissions within the fashion industry. In addition to Levi’s sustainability practices, as Goal 11 of the UN Sustainability Goals highlights, Levi’s is helping make cities and human settlements more inclusive and safe by providing easy access to transportation for those workers whose work is outsourced and do not have direct access to public transportation. Finally, Levi’s is actively helping in regard to Goal 10 of the UN Sustainability Goals by ensuring that all the workers who would potentially have been laid off due to COVID-19 received their fair compensation, even if it was at the cost of the company. Due to this, despite the pandemic’s devastating effect, workers whose work was outsourced by Levi’s could ensure that they could provide for their families during these difficult times. 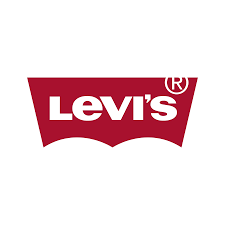 Levi Strauss & Co. is a clothing company which focuses on creating jeans and other denim products. The company has stores all over the world and is renowned for its durable clothing; with an emphasis on sustainability and ethical practices.